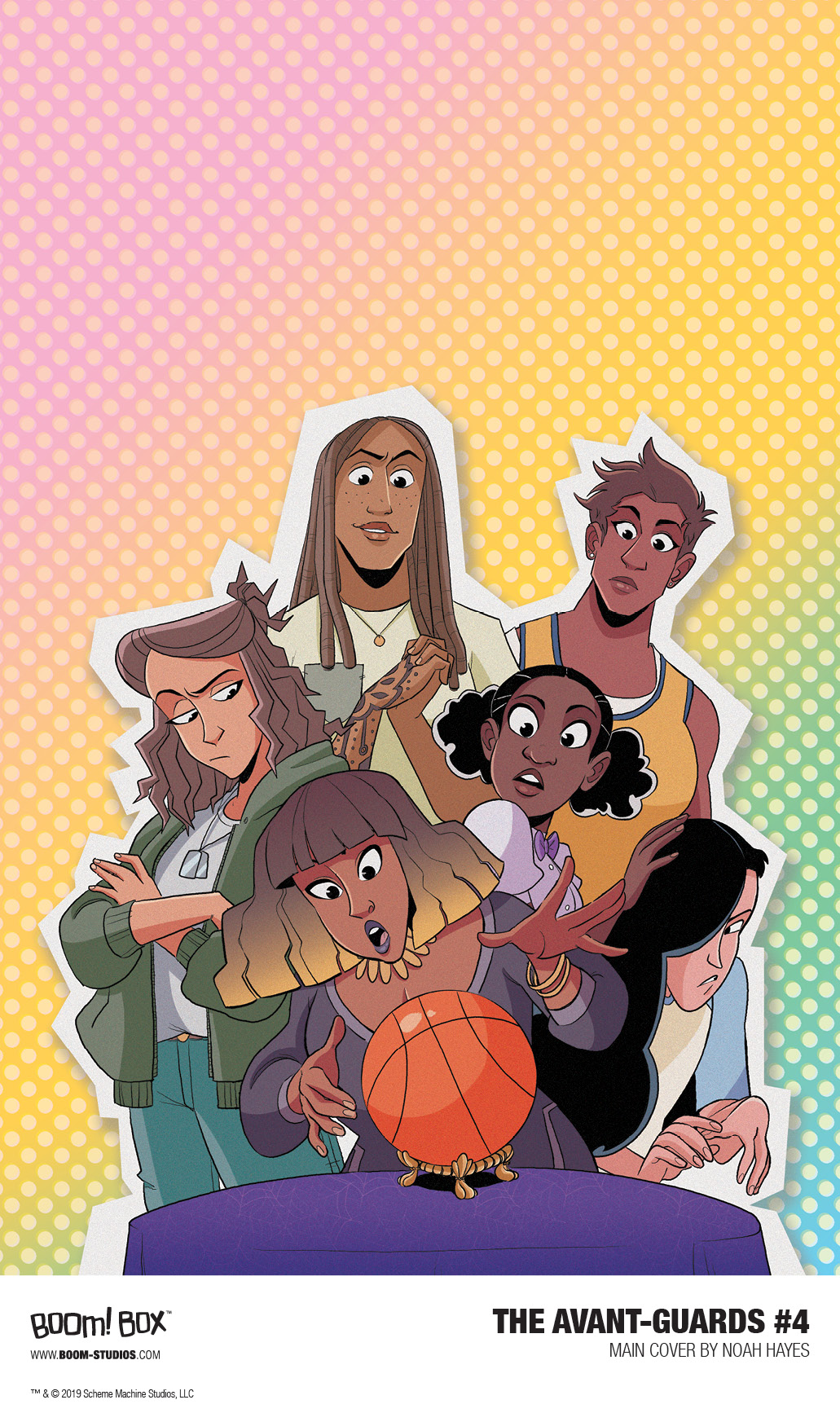 LOS ANGELES, CA (March 29, 2019) – BOOM! Studios today revealed a first look at THE AVANT-GUARDS #4, the latest chapter in the twelve-issue series from writer Carly Usdin (Heavy Vinyl) and artist Noah Hayes (Wet Hot American Summer) about a ragtag group of friends who band together to build the first ever basketball team at their historic women’s art college, available in stores April 2019.

Victory tastes sweet! The Avant-Guards have defeated their first opponents, The Cuddly Retrievers of the American Institute of Veterinary Curiosities, and now it’s time to celebrate their success. Liv finally has the confidence to approach Charlie at the victory party to try to make a move, but everyone and everything seems to be getting in the way! Will Liv and Charlie be able to find some time alone together or will they miss their chance to take things to the next level?

“It’s hard enough getting up the courage to talk to your crush but then dealing with your friends’ drama and complicated feelings about your ex, all at the same time?” said Shannon Watters, Senior Editor, BOOM! Studios. “Liv and Charlie have been dancing around their mutual interest for a while now so how difficult could it be to shoot your shot and go in for a kiss? Turns out, pretty difficult.”

Print copies of THE AVANT-GUARDS #4 will be available for sale on April 24, 2019 at local comic book shops (use comicshoplocator.com to find the nearest one) or at the BOOM! Studios webstore. Digital copies can be purchased from content providers, including comiXology, iBooks, Google Play, and the BOOM! Studios app. 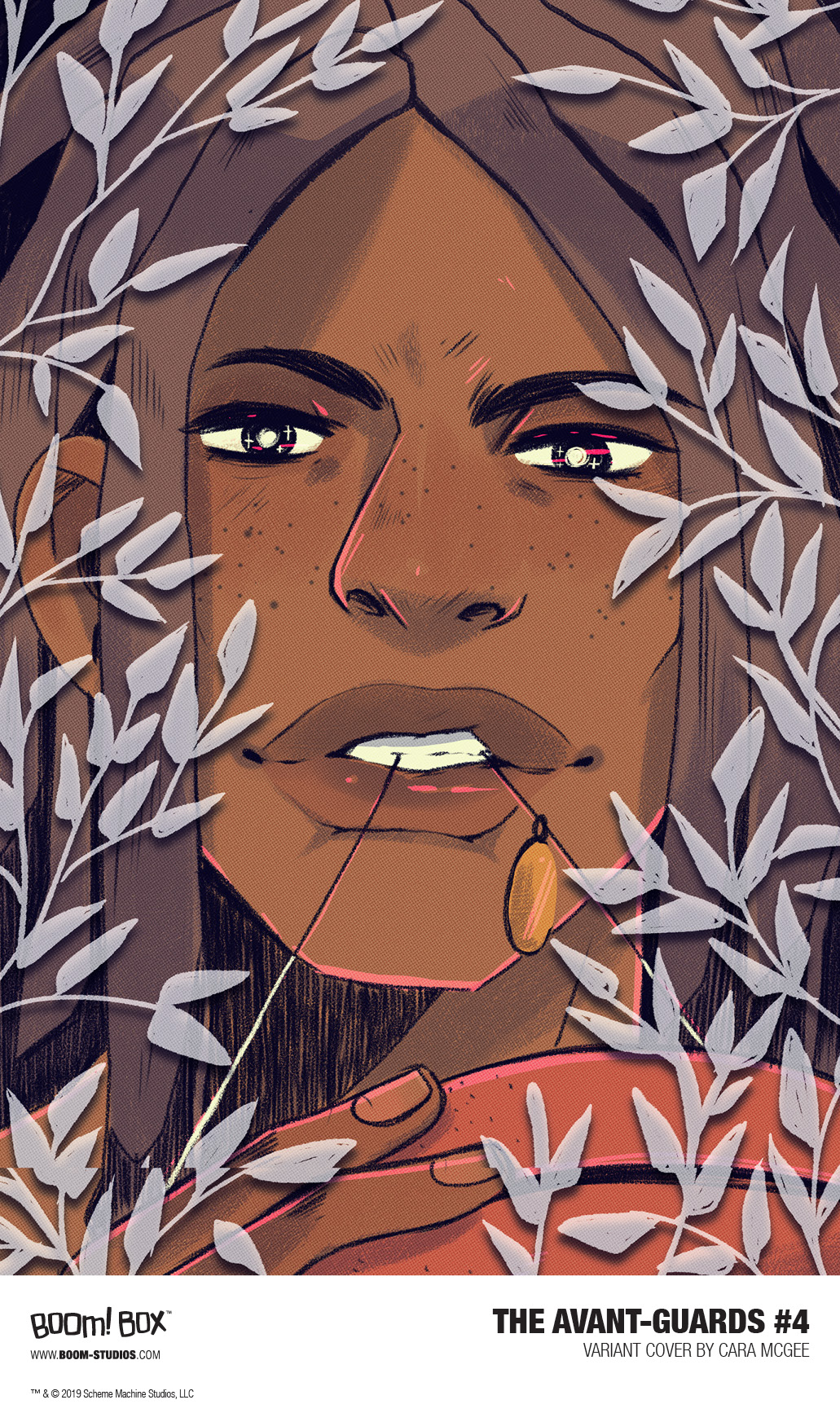 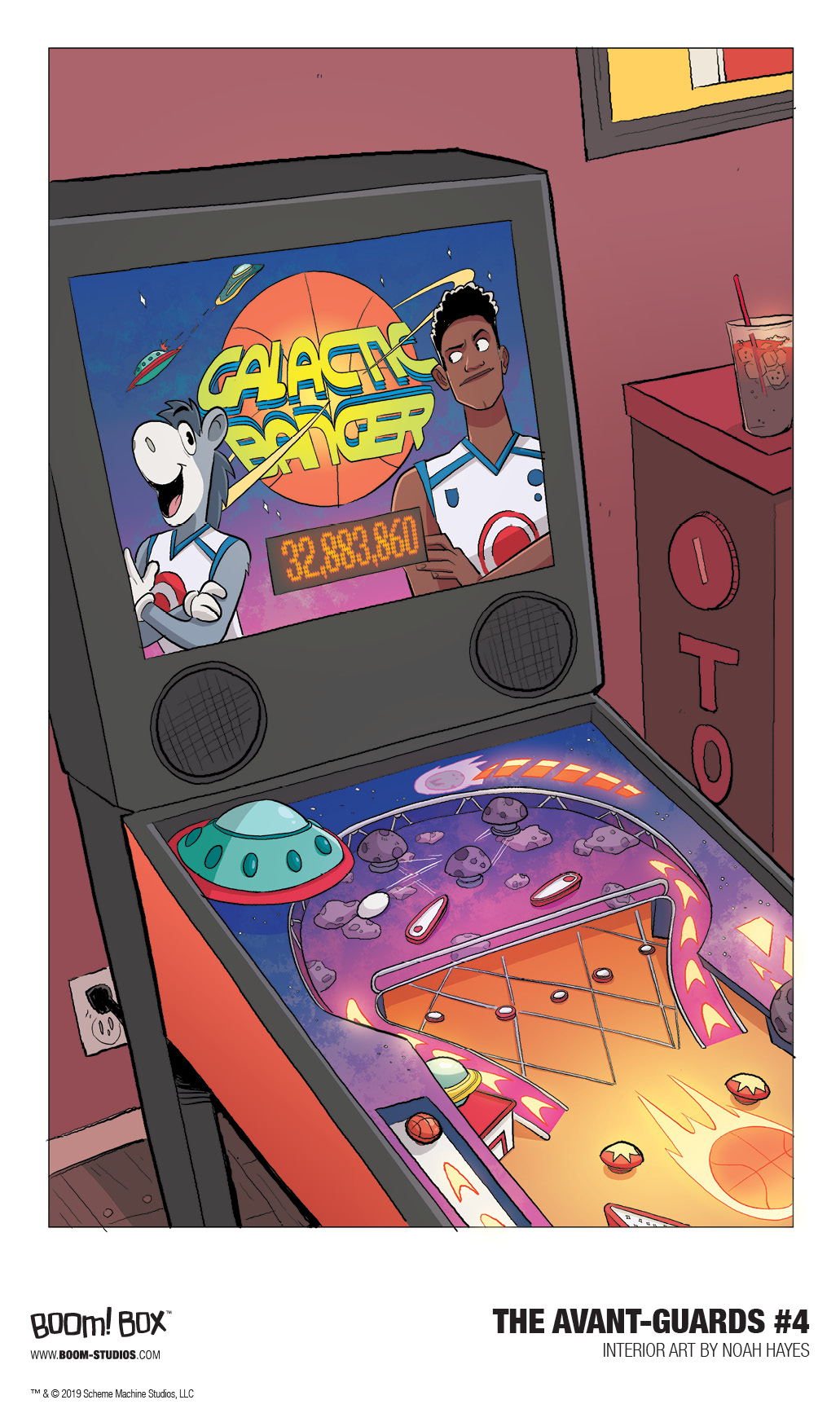 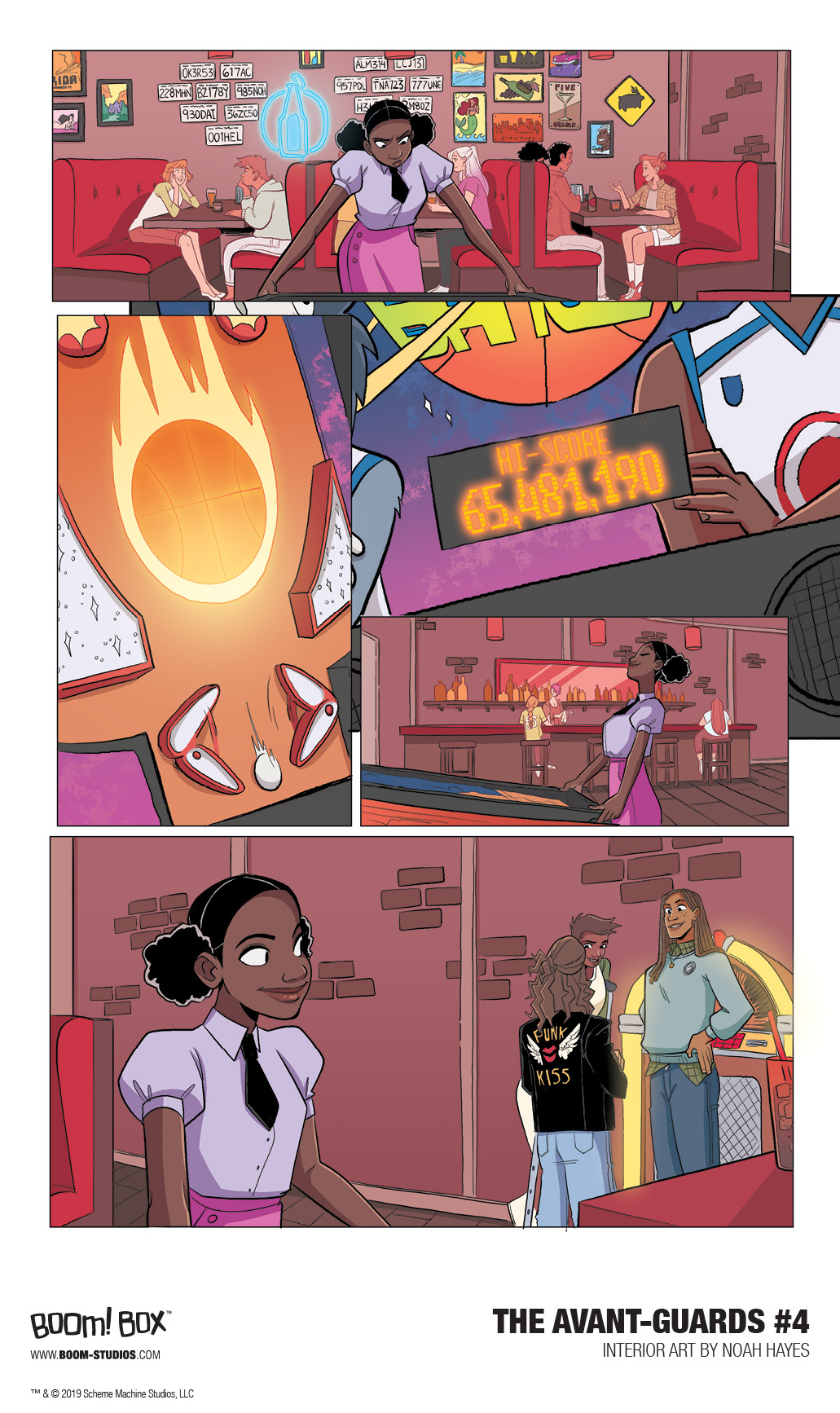 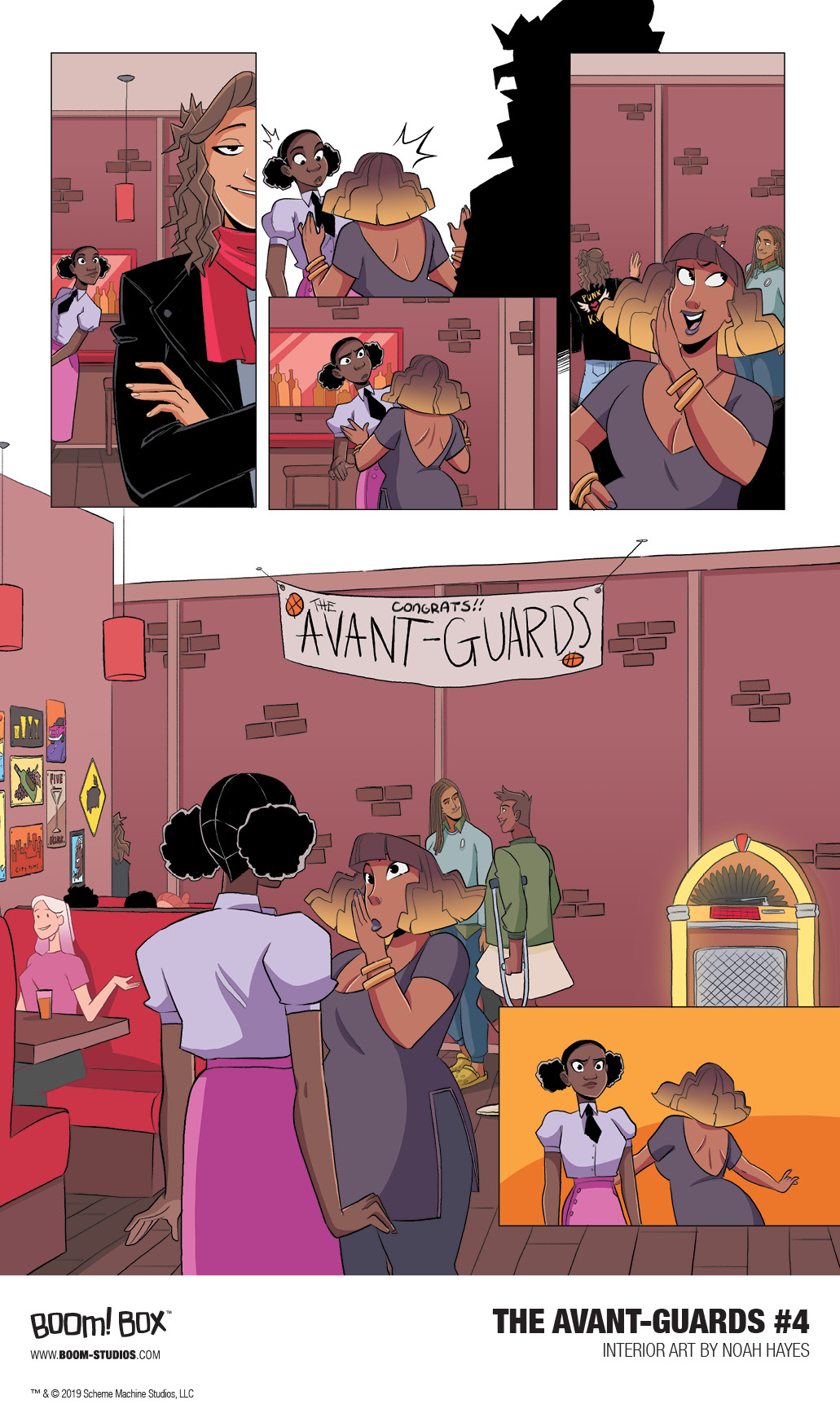 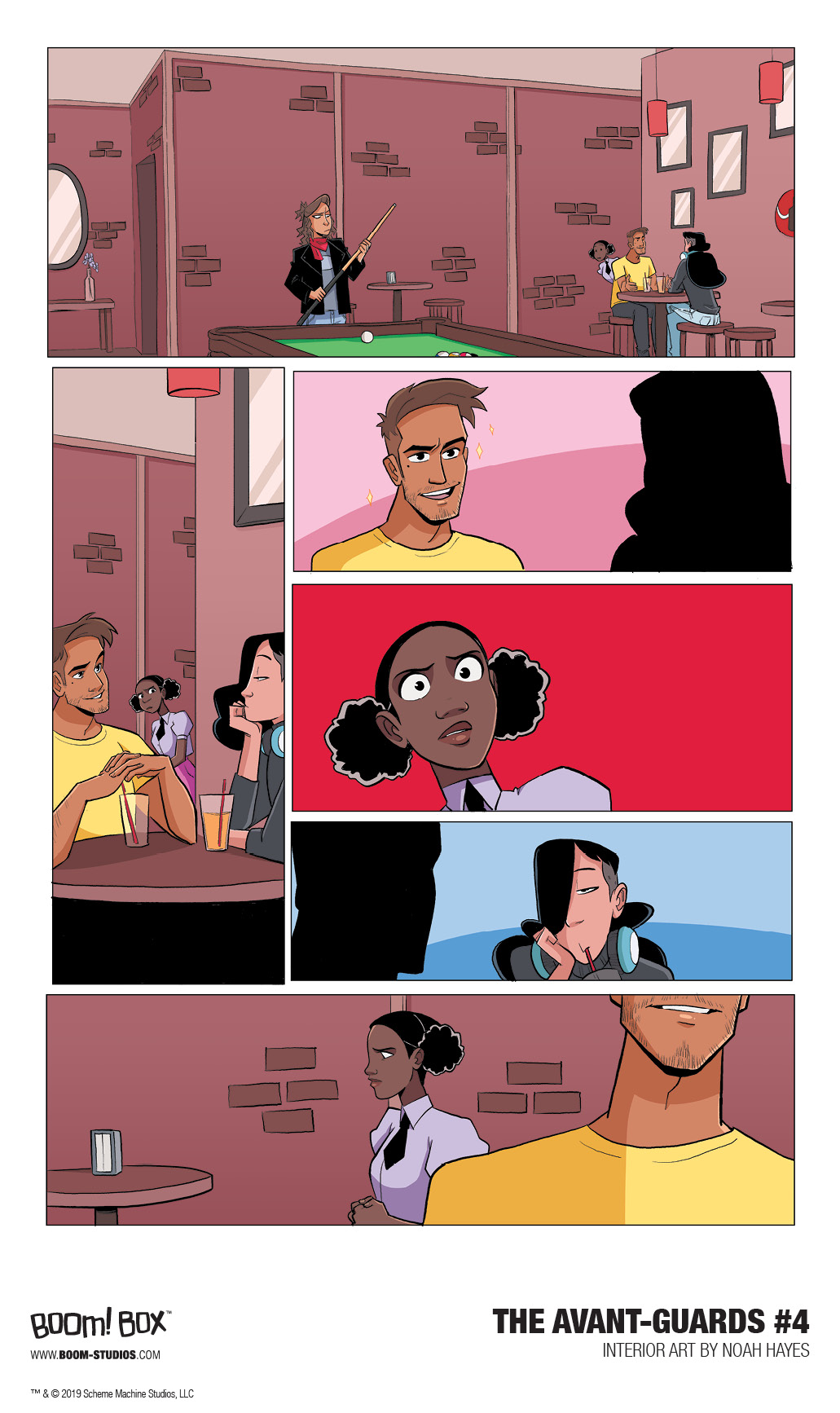 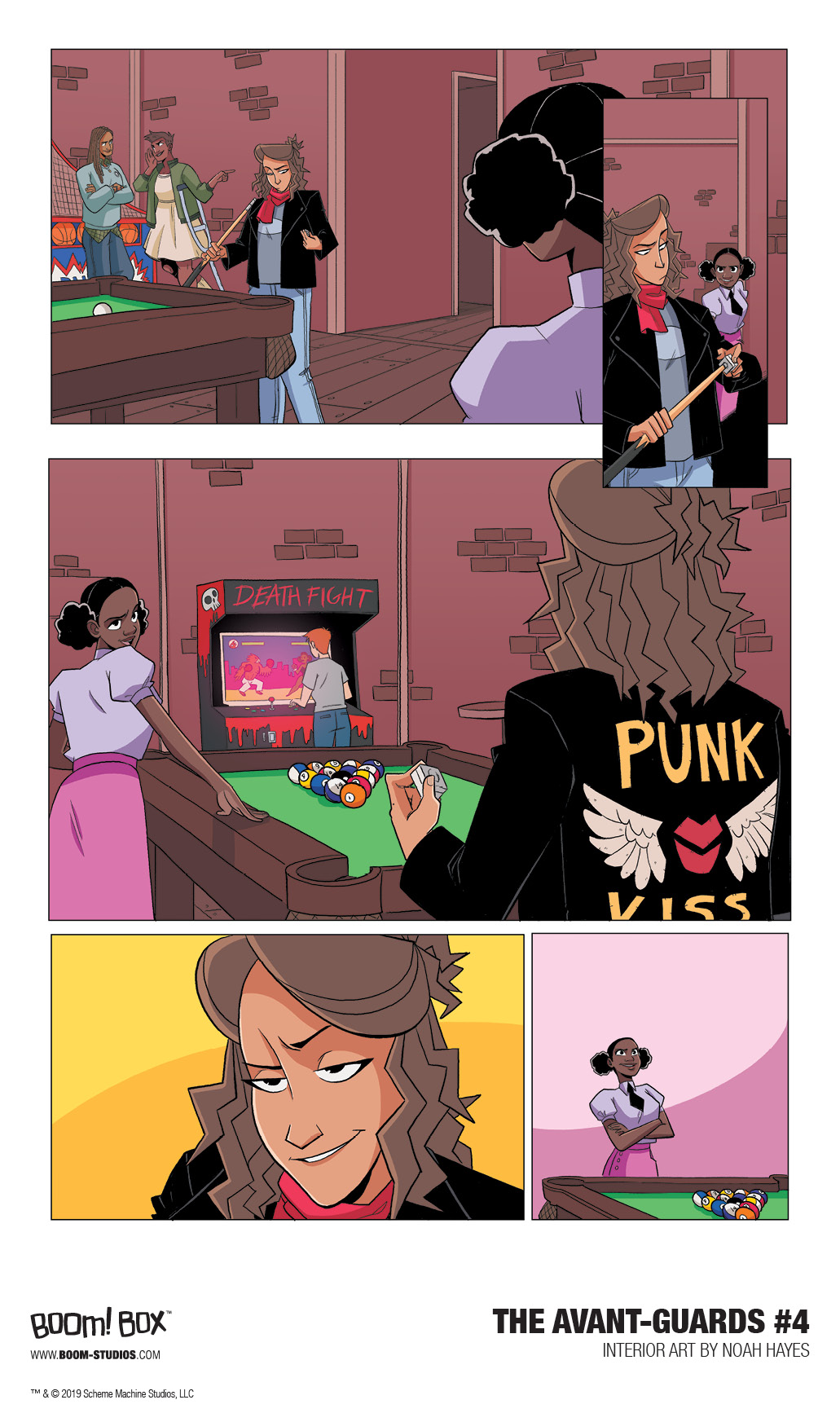