Shocking Events Turn to Sex, Danger, and Supernatural Delight In May 2019 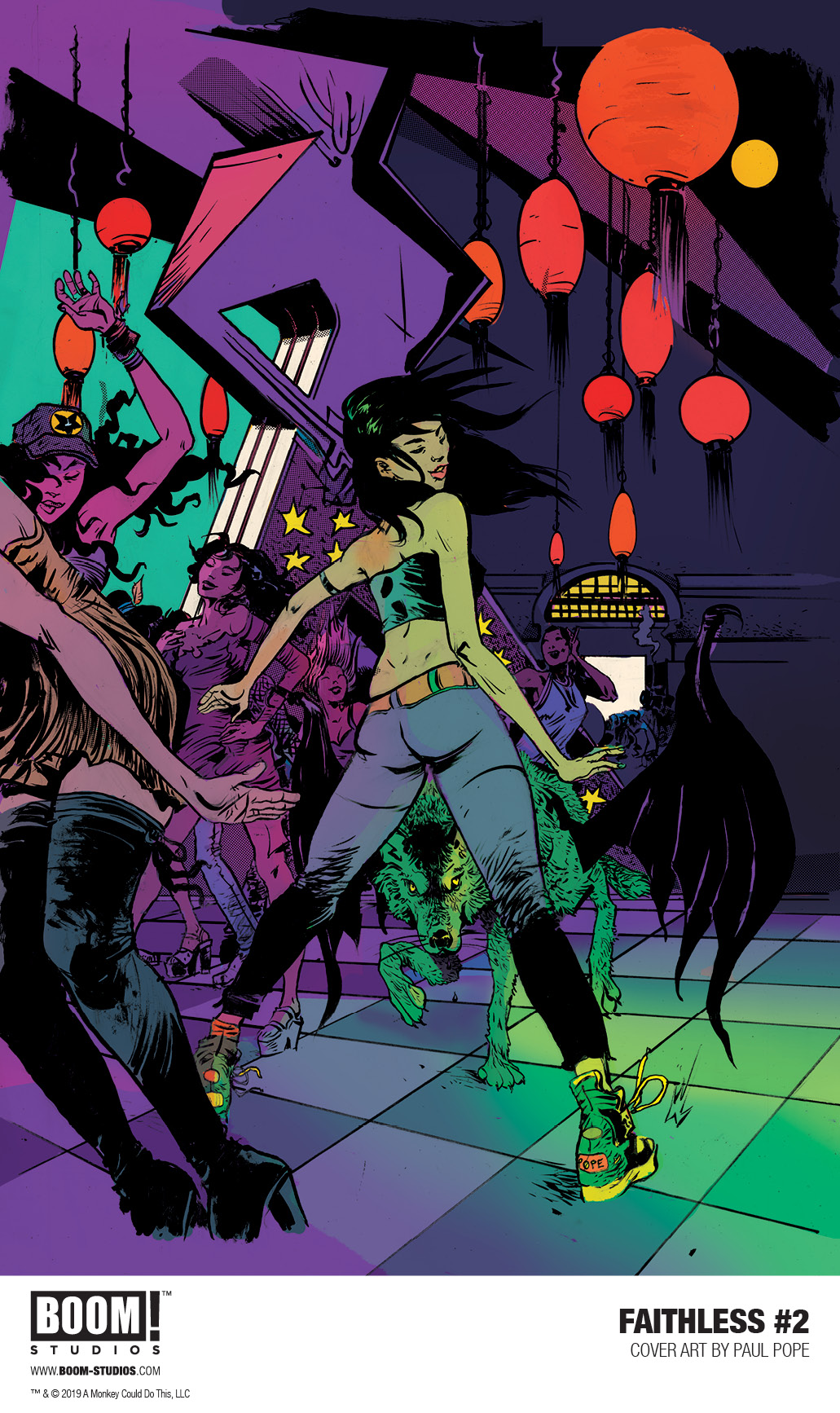 LOS ANGELES, CA (April 10, 2019) – BOOM! Studios today revealed a first look at FAITHLESS #2, from New York Times bestselling writer Brian Azzarello (Batman: Damned) and artist Maria Llovet (Loud), the next chapter in an unforgettable story about a young woman whose exploration of magic and sex takes her into forbidden territory. In short—Faith is bored as hell. And Hell has noticed.

Faith just had the best night of her life but it isn’t over yet. The mysterious and sensuous Poppy is more than Faith could have ever dreamt of, bringing excitement, passion, and that elusive spark of magic into her previously mundane daily life. But not everything is as it seems. While Poppy hands Faith the keys to the underground art scene, drawing her deeper into a world of wild parties and crazy nights, other mysterious figures begin to enter her life, bringing with them more than a hint of danger and the supernatural.

“This issue finds Faith diving straight into Poppy’s world without reservation and little consideration as to the consequences. Her world has rapidly become anything but boring,” said Sierra Hahn, Executive Editor, BOOM! Studios. “Brian and Maria continue to impress with each new page of Faith’s journey. When you think you know where the story is headed, the bottom drops out and everything takes a sideways step into the unknown.”

FAITHLESS is the newest release from BOOM! Studios’ eponymous imprint, home to critically acclaimed original series, including Abbott from Saladin Ahmed and Sami Kivelä; Bone Parish from Cullen Bunn and Jonas Scharf; Grass Kings from Matt Kindt and Tyler Jenkins; and Klaus from Grant Morrison and Dan Mora. The imprint is also home to popular licensed properties including Joss Whedon’s Firefly from Greg Pak and Dan McDaid and Buffy The Vampire Slayer from Jordie Bellaire and Dan Mora.

Print copies of FAITHLESS #2 will be available for sale on May 22, 2019 at local comic book shops (use comicshoplocator.com to find the nearest one) or at the BOOM! Studios webstore. Digital copies can be purchased from content providers, including comiXology, iBooks, Google Play, and the BOOM! Studios app. 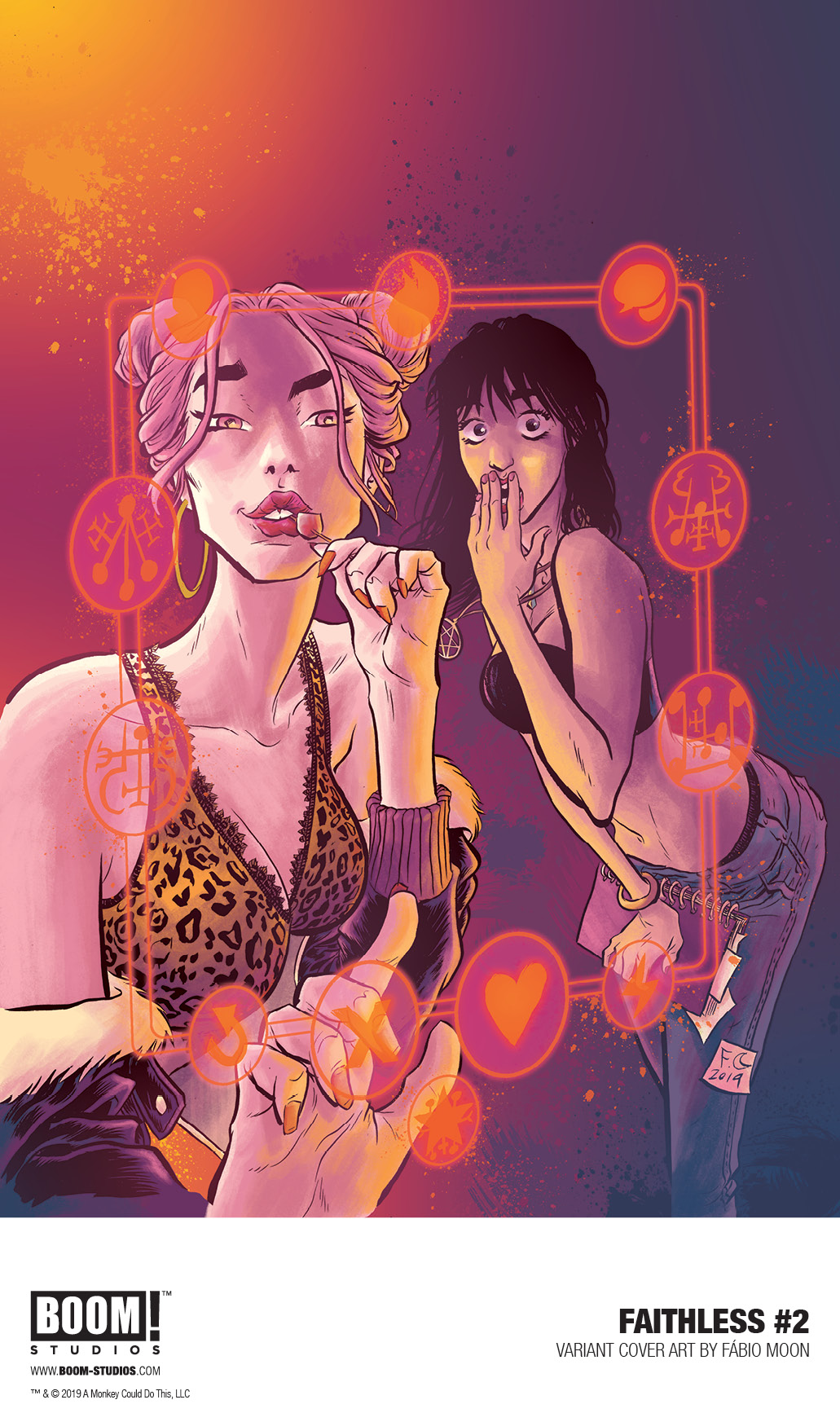 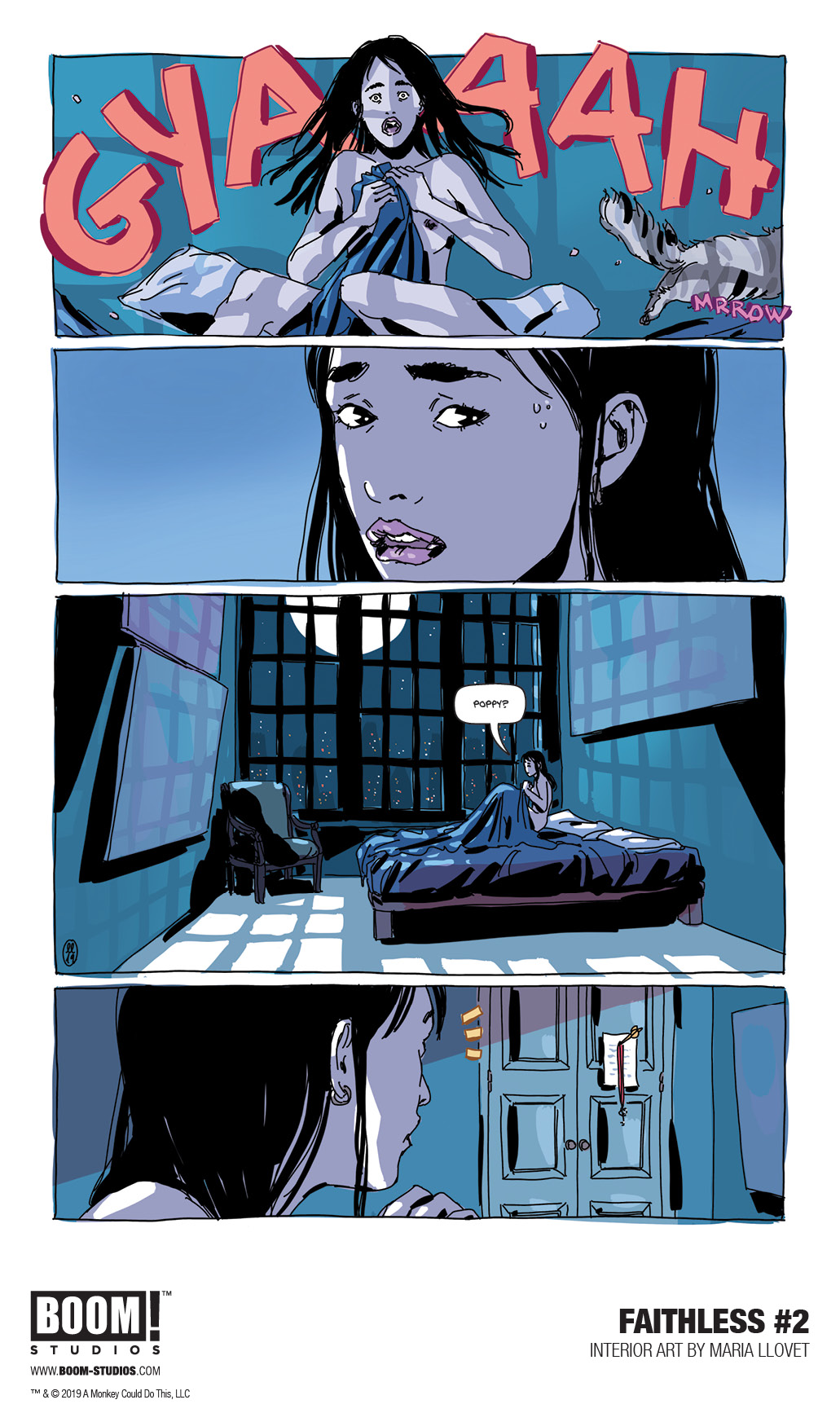 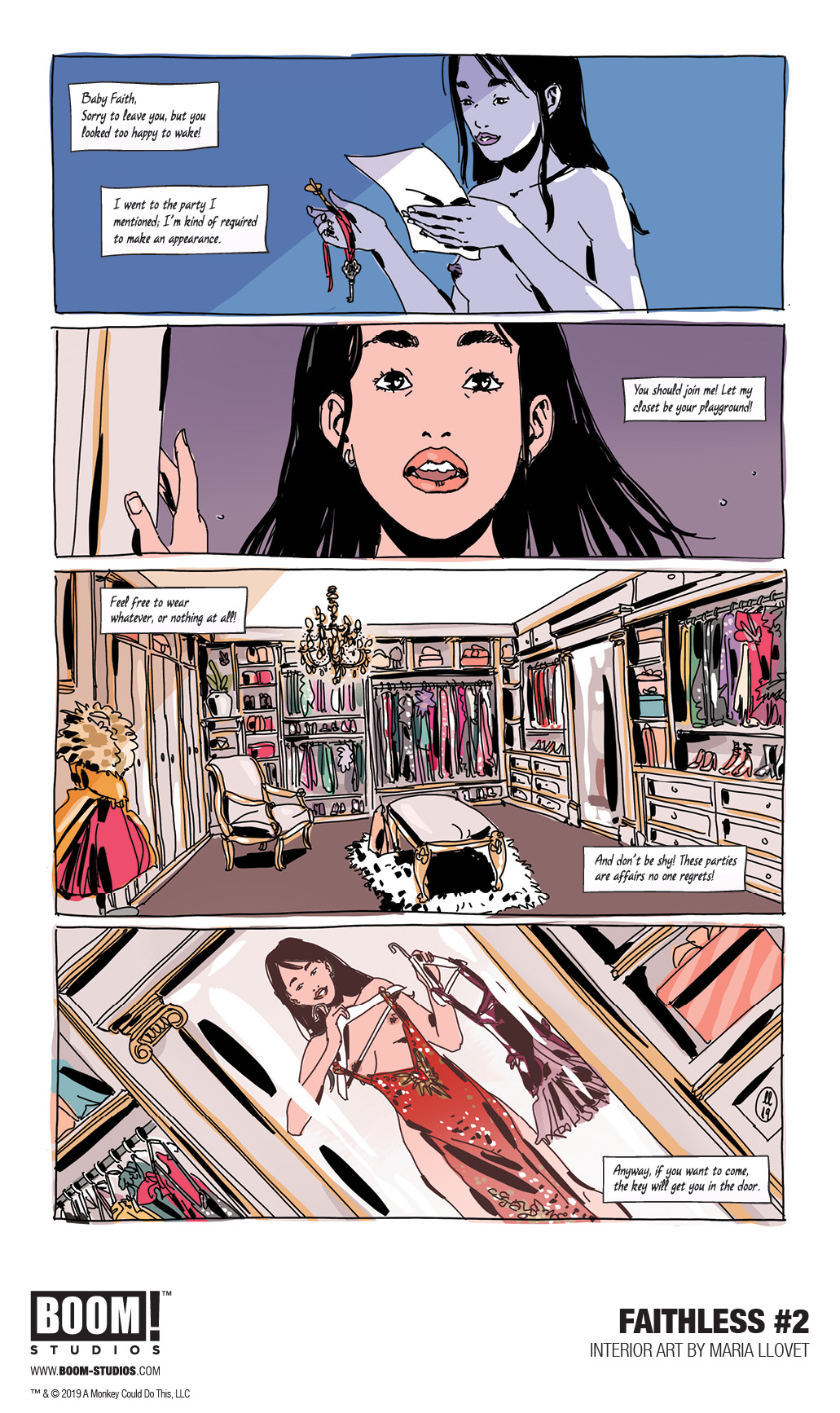 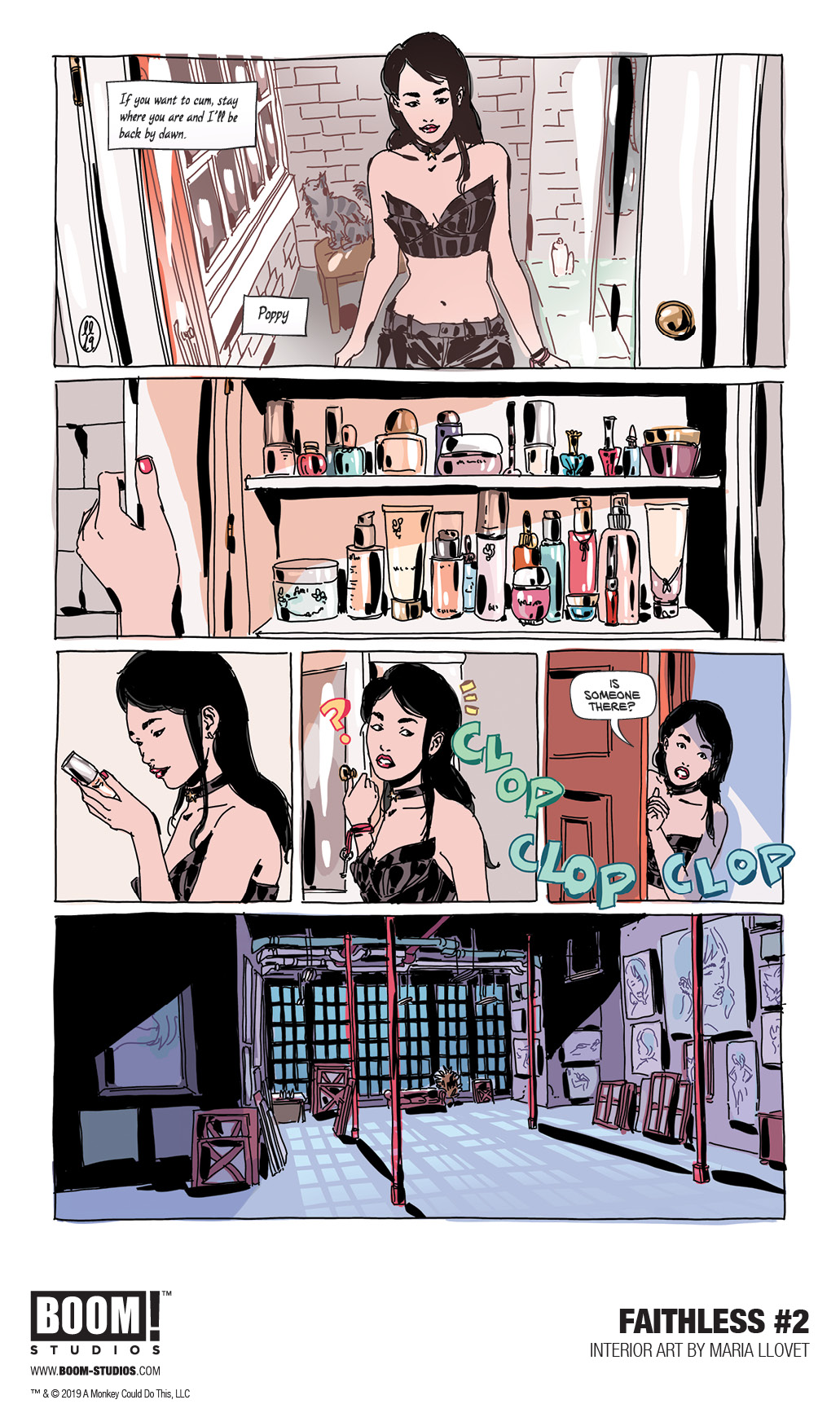