BEHOLD, from on high above We have revealed this [Quran] on the Night of Destiny.

And what could make thee conceive what it is, that Night of Destiny?

The Night of Destiny is better than a thousand months:

The angels and the Spirit descend therein in hosts,

by the permission of their Lord, with all decrees.

Peaceful it is until the rising of the dawn.

Laylet Al-Qadr is most commonly translated as “The Night of Destiny.”  The word “Qadr” itself can be translated in several ways; primarily destiny, fate or decree. It can also be used to glorify and to assign power or a higher status. In addition, it can also mean to constrict, squeeze or funnel. These definitions are all used interchangeably to describe what is undoubtedly the most important night in Islamic history. It’s the night on which the Holy Quran was first revealed to the Prophet Mohamed, peace be upon him (PBUH), by the archangel Gabriel.  It is thus universally regarded as Islam’s holiest night, its most revered and honored occasion. To fully comprehend the significance of this fateful night and to understand Surah 97 from the Holy Quran, it’s important to delve back in time to the night that changed the world and wrote this important chapter in Islam’s history.

The year is 610 A.D and the place is the Arabian Peninsula, now the Kingdom of Saudi Arabia and its neighboring Arab states. It was a time referred to as ‘Asr Al Jahiliyya’ or the Age of Ignorance, much like the European Dark Ages. This was a time where plundering and pillaging were rampant, as were tribal wars, slavery, the subjugation of women and the killing of newborn girls (traditionally, because girls were seen as a burden, the minute a father received his newborn girl he would bury her alive in a shallow grave only a few feet away from his house). Worst of all, it was the era of idol worship and, as per most accounts, Mecca was host to over 350 gods and was therefore the destination to which all of the neighboring tribes went for pilgrimage.

At the age of 40, the Prophet Mohamed (PBUH) was a successful and relatively wealthy merchant. In fact, he was so well-respected that people often went to him for advice as he was lovingly referred to him as “Al-Sadek, Al-Ameen”; or the truthful, the trustworthy. He was also a happily married man. However, despite his success, he was not a very content man. He was troubled by the injustice and inequality that surrounded him, especially in Mecca. He was also disturbed by rampant violence and oppression. But most of all, he was disturbed by the  practice of paganism which characterized the Arabian Peninsula at the time.  The Prophet Mohamed (PBUH) found it difficult to believe in a roster of idol gods and even more difficult to pray to any of them.

Despite it being the dominant practice of his time, he refused to succumb to paganism and continued to search for higher meaning. His troubled search often took him to a small cave about five kilometers away from Mecca. The Prophet Mohamed (PBUH) would make the hour-long uphill climb to withdraw from public life and contemplate the secrets behind universal creation. Like the prophets that came before him, he would spend hours thinking, pondering and questioning. In fact, he would often spend days alone in the cave, so much so that his wife, 55 year-old Khadija, fearing that he may starve to death, would make the trek up the mountain to provide him with food. Despite his repeated trips to the cave, nothing could have possibly prepared him for what transpired on that fateful night. On what was a pitch-black night, as Mohamed (PBUH) lay alone in the cave, he was approached by an unexpected visitor. It was the archangel Gabriel in his full glory. According to the prophet himself, “he blocked the entire horizon, and everywhere I turned I would see only him.” Naturally, the prophet was frightened at such a vision. In fact, he thought he was dreaming, had it not been for the pain he felt and which confirmed to him that he was wide awake. Gabriel embraced the Prophet Mohamed (PBUH) in a crushing hug as he pronounced in a clear and commanding voice “READ”. But the prophet was illiterate. Frightened by this command, he spontaneously declared, “I cannot read.” The angel tightened his embrace on the prophet and again demanded, “READ.” Again, the terrified prophet stated, “I cannot read.” Once again, the persistent angel tightened his grasp on the prophet, almost squeezing the life out of him, as he reiterated, “READ.” In desperation, the prophet responded, in the hope that he would spare his life, “What am I to read?” Upon hearing this, the angel released his grip on Mohamed (PBUH), who collapsed to his knees as Gabriel revealed the first verses of the Holy Quran.

READ in the Name of God, Who has created [everything].

He created man from a clinging leech like clot [in the mother’s womb].

Upon relating these five verses Gabriel vanished, leaving the prophet terrified and uncertain as to what has just transpired.

The significance of these very verses cannot be overlooked. At a time when ignorance and illiteracy was characteristic of the Arabian Peninsula, the first word of the Quran, “READ” signaled an end to the dark ages and the beginning of what was to become the new age of knowledge and enlightenment that is Islam. Having now understood the historic context of Laylet Al-Qadr, it is now possible to explore the meaning and symbolism contained within Surah 97 in the Holy Quran.

BEHOLD, from on high above We have revealed this [Quran] on the Night of Destiny.

And what could make thee conceive what it is, that Night of Destiny?

The first verse refers to the first revelation of the Quran, described earlier. The second verse is expressed in the form of a hypothetical question.  It is meant to encourage readers to think and ponder the meaning behind this night., It’s almost as if you are being challenged, if you will, to try and understand the Night of Destiny. It’s as if one is addressing a child and encouraging him or her to come up with an answer, knowing full well that he or she may be unable to do so, ‘do you even know what that is?’

The Night of Destiny is better than a thousand months:

‘Better than’ is the most direct English translation of the actual Arabic phrase ‘khayr min’. A better alternative, and somewhat more accurate translation, would be ‘more blessed than’ or ‘filled with more goodness than’. A thousand months is roughly equal to 83.33r years, which is the average life expectancy of a human. When understood within this context it reads; The Night of Destiny is more blessed/ filled with goodness than an entire life span. A logical follow-up question, anticipated by the verse, would then be ‘why?’

The angels and the Spirit descend therein in hosts,

by the permission of their Lord, with all decrees.

The spirit here refers to the archangel Gabriel who is God’s liaison, if you will, to His messengers and prophets. Since Mohamed (PBUH) is the final prophet, Gabriel will no longer be visiting earth after his death, except on that night. In addition, Gabriel will not be descending alone, but rather he will be accompanied by a host of angels. Although this may refer to all of God’s angels, at the very least, it refers to all of the angels assigned to earth and its inhabitants. This dissension relates to the other meaning of the word ‘Qadr’ which refers to the angels being funneled unto earth. They descend with orders and commands which they are expected to perform.  The question then arises, ‘what type of orders are these angels to perform?’

Peaceful it is until the rising of the dawn.

This verse is not meant to state that there will be world peace on this very night. Rather, it is partly meant to signify the angels’ duty to suppress demons. It is believed that the angels will chain and restrain Satan and his minions, limiting their influence on humans and thereby enabling peace to prevail. With the demons confined and earth filled to the brim with angels, conditions are ripe for a so-called perfect storm. These few precious hours between sunset and sunrise are considered to be the optimum time for believers to pray and for those prayers to be fulfilled.

The Night of Destiny comes but once a year. For those fortunate enough to be able to capitalize on this night by spending it in prayer and devotion to God, they are promised a lifetime worth of His good graces and blessings. With such a great reward, Moslems look forward to making the most of this night when it occurs. But when exactly does this night take place? For obvious reasons, the exact date of this night has never been clearly identified. In fact, it could even take place on a different night every year. Fortunately however, to make it easier for Moslems to reap the benefits of this night, the Holy Quran has identified it as occurring during the last ten days of the holy month of Ramadan. In other words, in the Western Gregorian calendar it occurs sometime between 19 and 29 July 2014 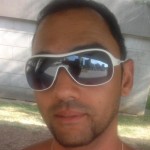 Marwan El Nashar, know to his fans as Marz, is an Egyptian comic creator and formally the Managing Director of AK Comics, The first Middle Eastern Superheroe Publisher. Currently Marwan is runing Marz Productions, 3rd Degree Master Free Mason and has Travelled to over 100 cities in over 35 countries. He is the author of Jinn Warriors Vist him at www.facebook.com/jinnwarriors