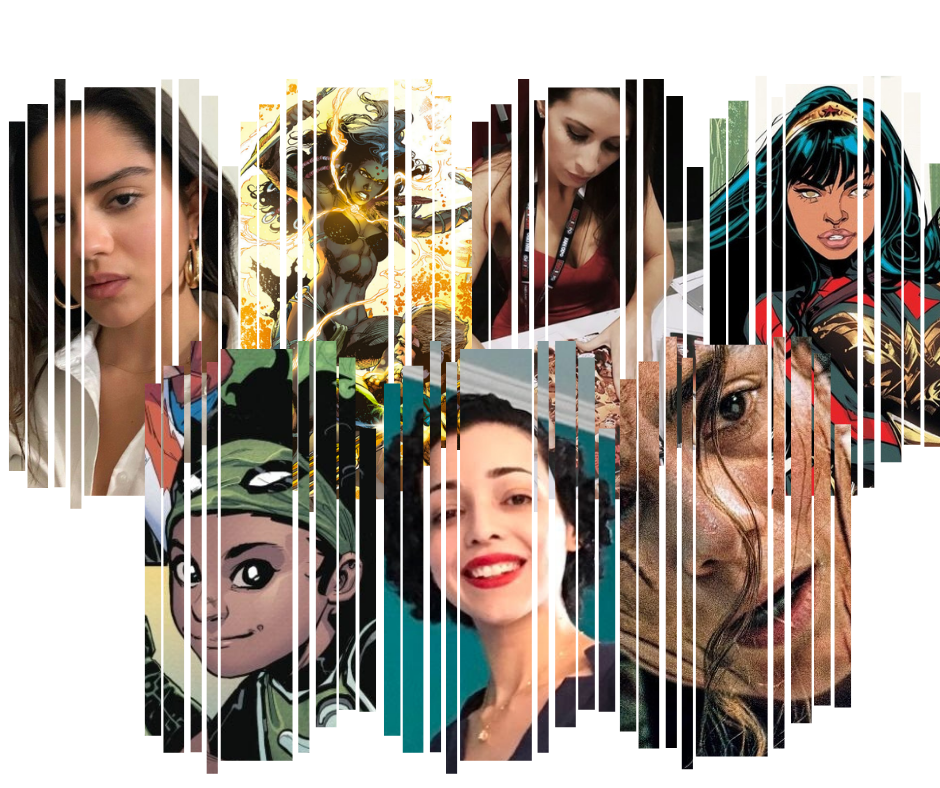 The announcement that actress Sasha Calle would be Supergirl in the new Flash movie rekindled a curiosity that many DC fans have: who are the Latinas in comics?
In celebration of International Women’s Day, here are seven Latin American women who are spicing things up at DC Comics:
Sasha Calle

Credit: @sashacalle / Instagram
Sasha Calle is an American actress of Colombian descent who’ll be the next Supergirl. The video of her reaction went viral on Instagram when she got very emotional about the casting decision: “A Latina superhero?! On what planet?! Well, on this planet! … Dreams do come true, huh?”, celebrated the actress.
Yara Flor 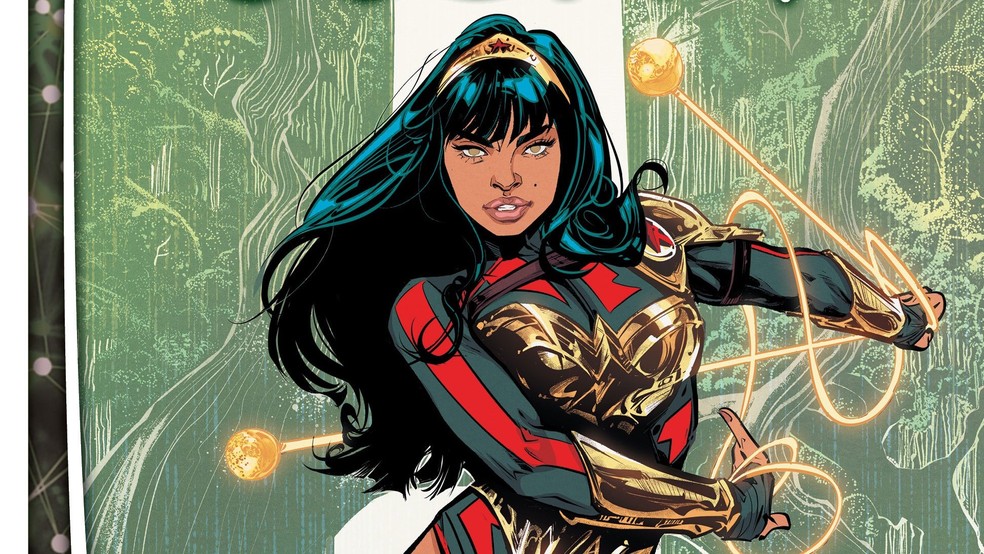 Credit: DC Comics
Yara Flor is part of the Future Stateuniverse, which reimagines classic DC Comics superheroes. The fictional Latina character lives in Brazilian lands and, in addition to fighting monsters, she’ll also fight against political corruption.
Despite not pleasing some Brazilian fans, who thought her storyline disrespected indigenous culture, Yara Flor was successful enough to win her own ongoing series. In Wonder Girl, we’ll see Yara leave the American city where she was raised to investigate her origins in Brazil.
Carol Zara 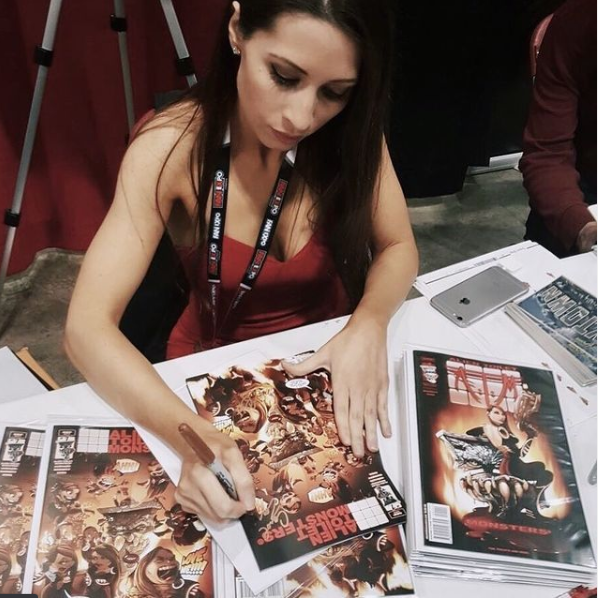 Credit: @carolzara / Instagram
Carol Zara is a comic book writer from Brazil who currently lives in Canada. She has independently published Alien Toilet Monsters®, which has been an indie hit in the US.
Carol was recently in talks with DC Comics after she was vocal about her desire to write an authentic Brazilian female immigrant. It didn’t take long for her Facebook post to get the support of José Luis García-López, a renowned artist, as well as several comic shop owners. Daniel Cherry, DC Comics’ new GM, left a comment asking Carol to email him.
Keli Quintela 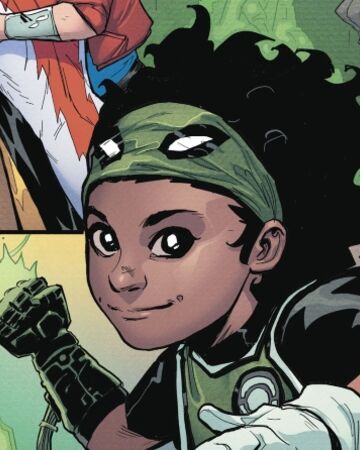 Credit: DC Comics
Keli Quintela is a new DC character created by Brian Michael Bendis and Patrick Gleason. She’s the Teen Lantern, a Bolivian girl who hacked into the Green Lantern Power Battery and then pulled the source energy into a gauntlet – without the knowledge of the Lantern Corps. Today, she is a member of the Young Justice team.
Alice Braga 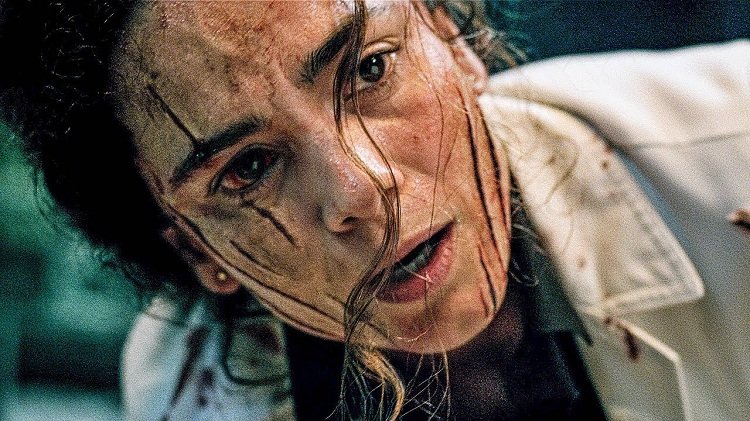 Credit: Fox / Youtube
Alice Braga, the most successful Brazilian actress in Hollywood, will play SolSoria in James Gunn’s new film, The Suicide Squad. Her character does not exist in the comics, so fans are betting on SolSoria being the female version of Juan Soria, a superhero-wannabe turned criminal who first appeared in Suicide Squad #33.
Bilquis Evely 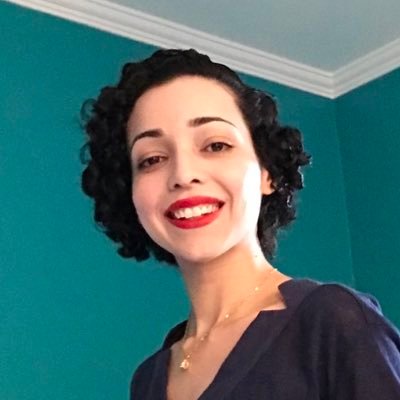 Credit: @bilquis / Instagram
Bilquis Evely is a comic book artist from Sao Paulo, Brazil who’s been credited in more than forty comics from DC, including the new Tom King series, Supergirl: Woman of Tomorrow. During an interview on Conversa com Bial, Bilquis mentioned that she fell in love with American comic books in her teenage years.
Ya’Wara 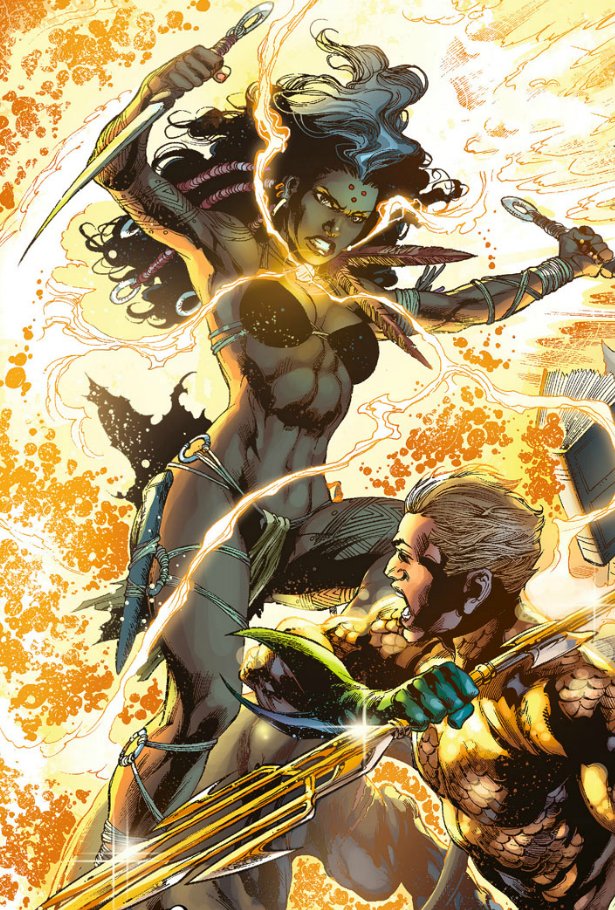 Credit: DC Comics
Ya’Wara is a South American character created by Geoff Johns and Ivan Reis. She first appeared in Aquaman #7, when she gets into a fight with Mera. Ya’Wara joins The Others, a group that protects the Seven Artifacts of Atlantis from falling into the wrong hands. According to The Aquaverse, a Twitter account that correctly predicted which characters would be in 2018’s Aquaman, The Others would be featured in the next instalment of Aquama
https://www.firstcomicsnews.com/latin-women-the-future-of-dc-comics/https://www.firstcomicsnews.com/wp-content/uploads/2018/03/DC-Comics-Logo-600x257.pnghttps://www.firstcomicsnews.com/wp-content/uploads/2018/03/DC-Comics-Logo-150x64.png2021-03-07T16:17:52-08:00First Comics NewsNews
The announcement that actress Sasha Calle would be Supergirl in the new Flash movie rekindled a curiosity that many DC fans have: who are the Latinas in comics? In celebration of International Women's Day, here are seven Latin American women who are spicing things up at DC Comics: Sasha Calle Credit: @sashacalle...
news@firstcomicsnews.comAdministratorYour First Place For Comics News since October 18, 1998First Comics News