Following Approval of His Visa, the Italian Cartoonist Will Appear in the Lion Forge Booth #5543 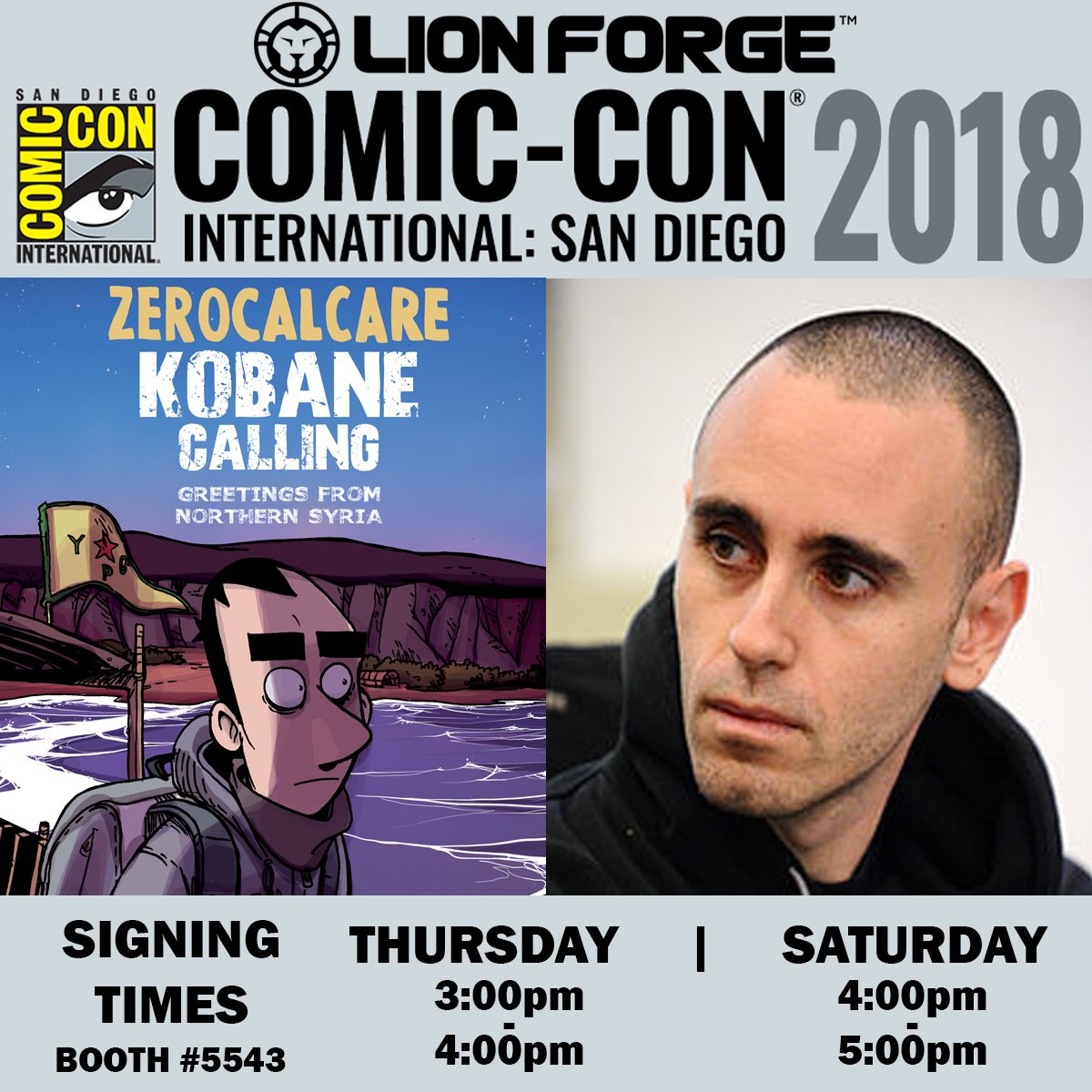 JULY 11, ST. LOUIS, MO—Earlier in 2018, Lion Forge published Kobane Calling, the autobiographical memoir of a young Italian cartoonist writing and drawing under the nom-de-plume Zerocalcare. Due to US immigration policies in place following travel to the Middle East, his attendance at this year’s Comic-Con International seemed to be in jeopardy. Today, BAO Publishing in Italy has notified Lion Forge that Zerocalcare’s travel to the states has been approved.

“We are relieved that the obstacles created by the customs and immigration policies and practices that threatened Zerocalcare’s attendance at this year’s Comic-Con International in San Diego have been removed,” says Lion Forge president, Geoff Gerber. “This is a significant industry event and withholding access to this country prevents a creator like Zerocalcare from participating because of what he writes and draws, or because of where he goes to research his comics, and sends a chilling message of oppression to all creators.”

Zerocalcare will be appearing in the Lion Forge booth to sign copies of his moving memoir, Kobane Calling: Greetings from Northern Syria at the following times:

“We’d like to thank our Italian publishing partner on this book, BAO, for all of the efforts they made to resolve this in time for Zerocalcare to participate,” continues Gerber. “I’d also like to thank the Comic Book Legal Defense Fund, which mobilized to provide additional support for these efforts if needed.”

Kobane Calling chronicles the cartoonist’s experiences volunteering with the Rojava Calling organization and heading into the Middle East to support and observe the Kurdish resistance in Syria as they struggle against the advancing forces of the Islamic State. He winds up in the small town of Mesher, near the Turkish-Syrian border, as a journalist and aid worker, and from there he travels into Ayn al-Arab, a majority-Kurd town in the Rojava region of Syria. As he receives an education into the war from the Kurdish perspective, he meets the women fighting in the all-female Kurdish volunteer army (the Yekeineyen Parastina Jin, or Women’s Defense Units), struggling to simultaneously fight off the Islamic State even as they take strides for Kurdish independence and attempt a restructuring of traditional patriarchal Kurdish society. In a story and style at once humorous and heartbreaking, Zerocalcare presents clear-eyed reportage of the fight against the Islamic State from the front lines.

Originally published in the Italian weekly Internationaland then collected and expanded in an edition by Italian publisher BAO Publishing, Lion Forge published the first-ever English language edition earlier this year to rave reviews.