PORTLAND, Ore. 02/18/2021 — Bestselling series Die by Kieron Gillen and Stephanie Hans will kick off its final story arc—ominously titled “Bleed”—beginning with Die #16 out from Image Comics this May. The highly anticipated conclusion for the series will be revealed in Die #20.

To go into the dark, you have to get to the dark. They never put a dungeon anywhere accessible, do they? Past sins haunt our party, and future sins permeate the landscape. Die’s closing arc begins as we began: with regrets and screaming.

Die has consistently held a seat as one of the top selling Image Comics series with multiple sell-outs at the distributor level and regular reorder activity that’s skyrocketed with each new installment’s release. Perhaps best described as Jumanji with goth sensibilities, the series has stolen headlines since its launch for ushering in a new trend in RPG themed storytelling.

“The concluding arc is always bittersweet,” said Gillen. “Sad that the adventure is coming to the end, but the wicked glee of finally being able to reveal all the bleak secrets we’ve been keeping.”

Die #16 will also be available for purchase across many digital platforms, including Amazon Kindle, Apple Books, comiXology, and Google Play.

“Gillen subverts high fantasy adventure tropes with an infusion of creepy horror, resulting in an exploration of arrested adolescence and the effects of childhood trauma made truly haunting by Hans’ realistic illustrations and Cowles’ gloomy color palette.” —Library Journal

“A deliciously dark Phantom Tollbooth-like journey told through a lens of broken humanity and a deconstruction of the role-playing game’s roots. I am entranced.” —Matthew Mercer, Critical Role

“If ever you’ve played a TTRPG and thought, ‘I’d love to just live in this world,’ this series is for you.” —The Comics Beat 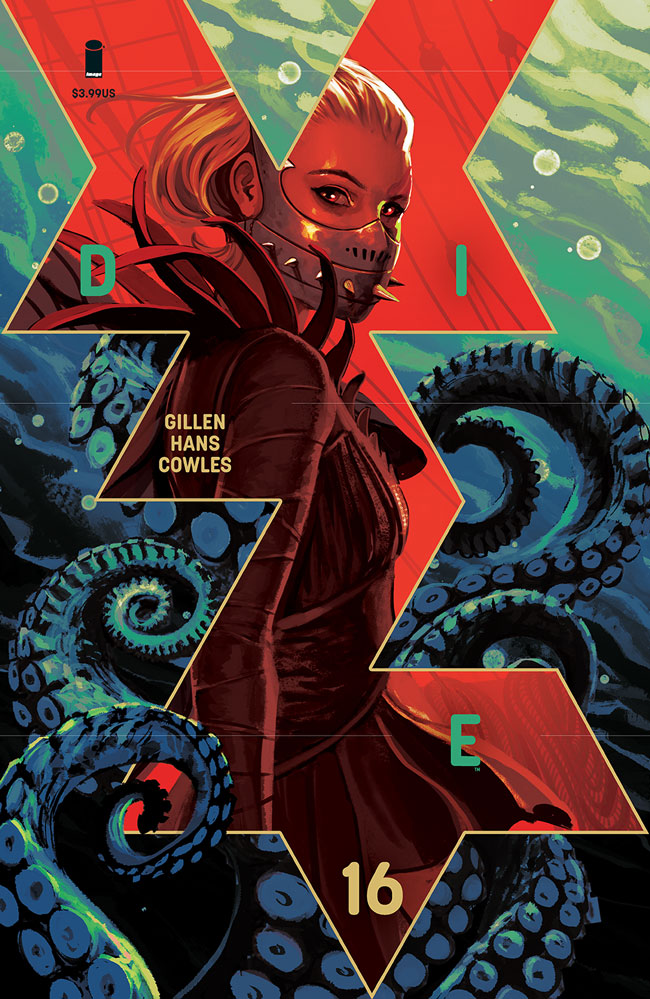 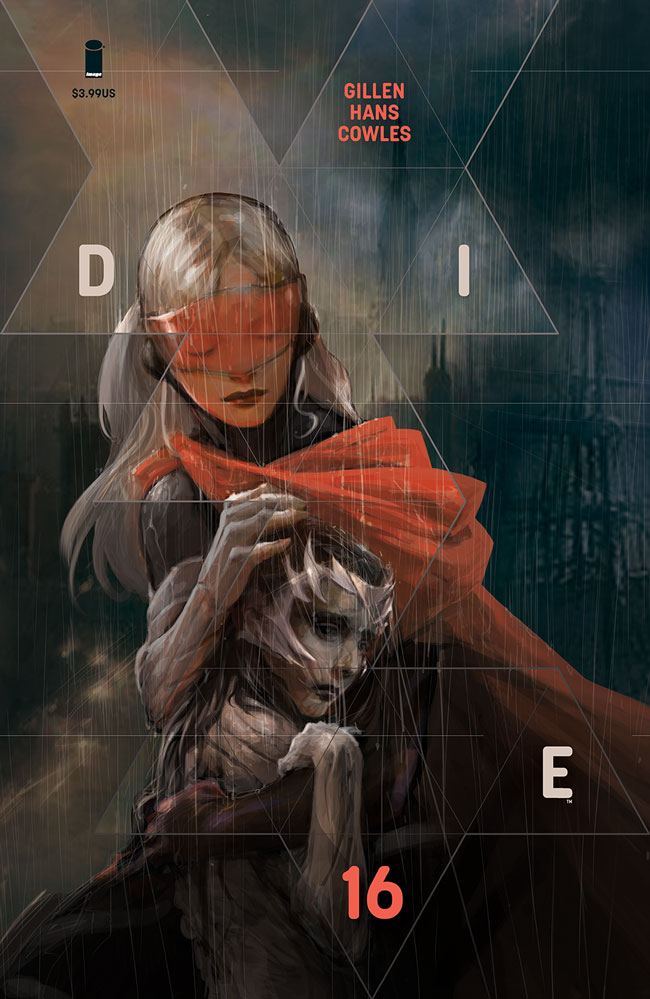