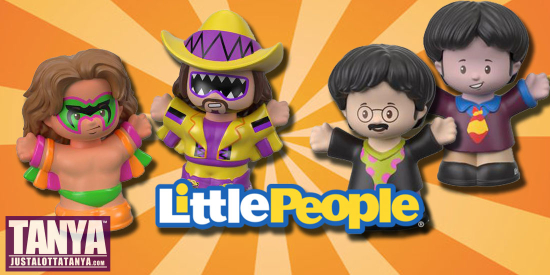 You are going to love these upcoming Little People figures based on The Beatles Yellow Submarine movies and WWE Legends!

Whether you are an adult collector or have a little one that loves, you have to make a note to pick up these adorable figures coming from Fisher-Price. At the Toy Fair this past week the company revealed that they will be adding figures based on The Beatles Yellow Submarine movie and WWE Superstars to their Little People line. Little People are squat little figures generally aimed at toddlers. My 14-month old son loves the Little People. He has a lot of the Disney characters and playsets already. The Beatles line shown are the members of the band, Paul, John, George, and Ringo. I assume we’ll get a Yellow Submarine vehicle/playset at some point as well as The Blue Meanie and other characters from the movie. The Beatles had a lot of iconic looks so I’d like to see that explored too. As a Liverpudlian, of course, I am getting these. 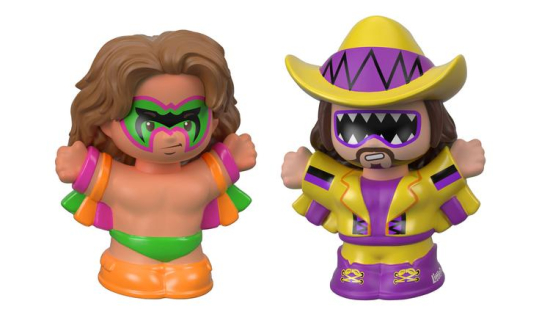 So far WWE Legends The Ultimate Warrior and Macho Man Randy Savage have been shown. While these are cool, I’d love to see ones based on the current WWE talent. My toddler is more likely to be more excited over people he sees regularly like Sheamus, The New Day and Becky Lynch than WWE legends.

I’m already supporting this line and hope to see more figures based on various properties. Expect to see these figures in the fall.