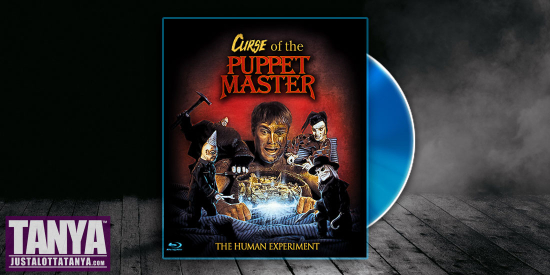 The sixth entry in the classic Puppet Master series comes to blu-ray with an all new hi-def transfer.

Ready for the return on Full Moon’s evil little puppets? The David DeCoteau directed Curse Of The Puppet Master is making its way on to blu-ray in an all-new special edition. For the first time, the movie is presented completely uncut in HD using a composite of the original 35mm negative, original SD release and Digi-Beta videotape master, making this the definitive version of this classic film. 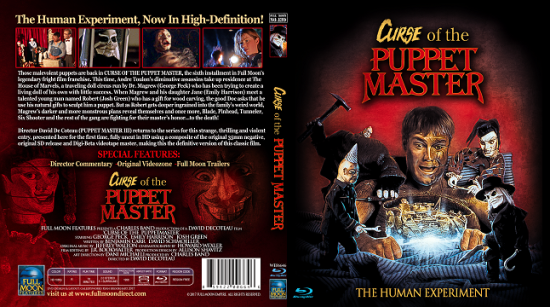 Those malevolent puppets are back in Curse of the Puppet Master, the sixth installment in Full Moon’s legendary fright film franchise. This time, Andre Toulon’s diminutive assassins take up residence at The House of Marvels, a traveling doll circus run by Dr. Magrew (George Peck) who has been trying to create a living doll of his own with little success. When Magrew and his daughter Jane (Emily Harrison) meet a talented young man named Robert (Josh Green) who has a gift for wood carving, the good Doc asks that he use his natural gifts to sculpt him a puppet. But as Robert gets deeper ingrained into the family’s weird world, Magrew’s darker and more monstrous plans reveal themselves and once more, Blade, Pinhead, Tunneler, Six Shooter and the rest of the gang are fighting for their master’s honor…to the death!

The special edition blu-ray of Curse of the Puppet Master will be available on June 23rd. It will also be available to stream via the official Full Moon Amazon channel and FullMoonStreaming.com.

Save the date and spend some time watching Curse of the Puppet Master! 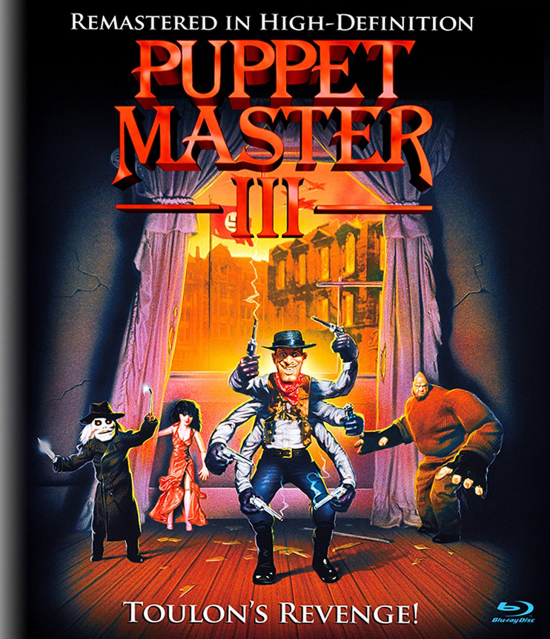