Comic-Con International (Comic-Con) is proud to announce that the judging panel has been named for the 2022 Will Eisner Comic Industry Awards, which will reward excellence for works published in 2021. This year’s judges are Barbara Randall Kesel, Kim Munson, Rik Offenberger, Jameson Rohrer, Aaron Trites, and Jessica Tseang.

The judges are chosen by Comic-Con’s awards subcommittee, made up of individuals from the board of directors, staff, and various departments. The judges are selected to represent all aspects of the comics industry.

The judges will determine the nominees that will be placed on the Eisner Awards ballot in some 30 categories. The nominees will then be voted on by professionals in the comic book industry, and the results will be announced in a gala awards ceremony at the San Diego Comic-Con in July. 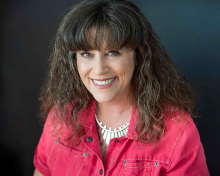 Barbara Randall Kesel’s comics career started in the mid-1980s at DC Comics, where she went from freelance writer to editor before heading west. She joined Dark Horse Comics in the early ’90s as an editor before returning to the freelance life. An unexpected meeting at Comic-Con International led to the challenge of helping to start up CrossGen Comics in Florida in 2000. A few freelancing years later, she’s now working for a tech startup that will be launching an app using comics to introduce a new computer technology. 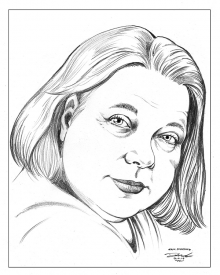 Kim Munson has been in love with comics ever since her dad gave her Wonder Woman and Captain America comics as a lure to get her interested in figure drawing. She is an art historian, author, artist, and curator living in the San Francisco Bay Area. She is the editor of the 2021 Eisner Award–nominated anthology Comic Art in Museums (University Press of Mississippi) and the curator of the touring exhibition Women in Comics (New York, Rome, and Naples). 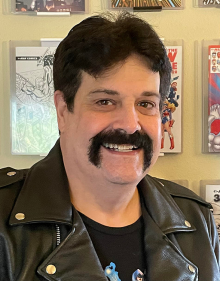 Rik Offenberger has worked in the comic field as a retailer, distributor, reporter, public relations coordinator, writer, and publisher since 1990. He owns and operates the e-mail based Super Hero News service, and his published works in print can be seen in The Comics Buyers Guide, Comic Retailer, Borderline Magazine, and Comics International. On the internet he has worked as a writer and/or editor for Silver Bullet Comicbooks, Comic Book Resources, Newsarama, and First Comics News. He was the public relations coordinator at Archie Comics for a decade. For TwoMorrows Publications, Rik co-wrote The MLJ Companion with Paul Castiglia and Jon B. Cooke, and for Gemstone Publishing wrote chapters of The Overstreet Comic Book Price Guide to Lost Universes. 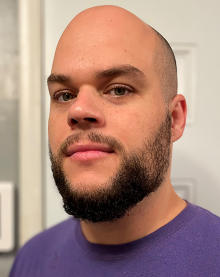 Jameson Rohrer, a librarian for Sacramento Public Library, has been working in libraries for 17 years, including correctional, genealogy, academic, and public libraries. In 2020 and 2021 he served on the inaugural Best Graphic Novels for Adults Reading Committee for the American Library Association, which establishes the best comics and graphic novels geared specifically toward an adult audience for libraries, library staff, and the public. He is also a board member of the California Library Association’s Graphic Novels Interest Group and runs Grownups Unite! A Graphic Novel Club for adults that meets virtually each month 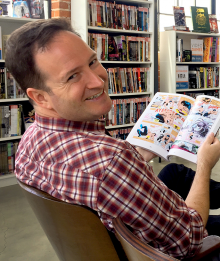 Aaron Trites has over 15 years of comic retail experience, currently as the owner of Now Or Never Comics in San Diego, and previously at Comicazi in Boston, the 2017 recipient of the Will Eisner Spirit of Comics Retailer Award. He has a background in community management and event coordination, building social spaces online and in person at venues ranging from Abbey Road Studios to PAX Australia. 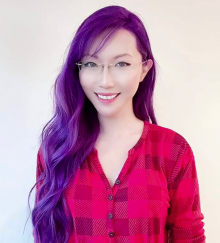 Jessica Tseang is an international comics historian and public speaker on pop culture. She has appeared on AMC’s Robert Kirkman’s Secret History of Comics, and Nerdist’s award-winning documentary The Impact of Black Panther. She has been a moderator and panel discussion producer for over 500 panels at pop culture and comic conventions around the world. Her notable panels include “The Forgotten Trio: Colorists, Inkers, and Letterers,” “The 75th Anniversary of Moomin,” and “Native American Representation in Comics and Pop Culture.” Her panels have been covered by CNN, Newsweek, Los Angeles Times, New York Times, and other international outlets