Is the world of Judge Dredd about to be rocked by revelations from the moment of his greatest triumph?

The collection of The Citadel, the new landmark Judge Dredd story from co-creator John Wagner and Dan Cornwell, is out in July.

As the Judge Dredd series celebrates its 45th anniversary, The Citadel sees a dark secret from The Apocalypse War against the Soviets four decades ago come back to haunt the lawman of the future.

As the war rages, Judge Dredd leads a squad of Cadet Judges into an assault upon The Citadel, where Sov forces have set up base. But now, 40 years later, former Cadet Judge Winterton, on the day of his execution, will tell the truth about what happened during the Apocalypse War, why the mission was subsequently covered up, and the secret that Judge Dredd himself has been hiding for the past 40 years.

Out on 20 July, this stunning collection comes in a standard paperback edition available from all good book and comic book stores and online retailers, and an exclusive 2000 AD webshop edition with a stunning brand new cover by story artist Dan Cornwell. 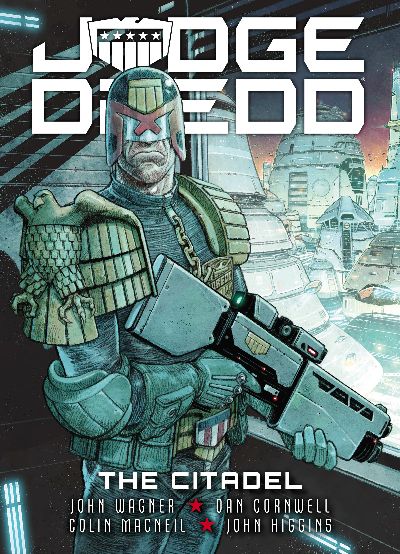