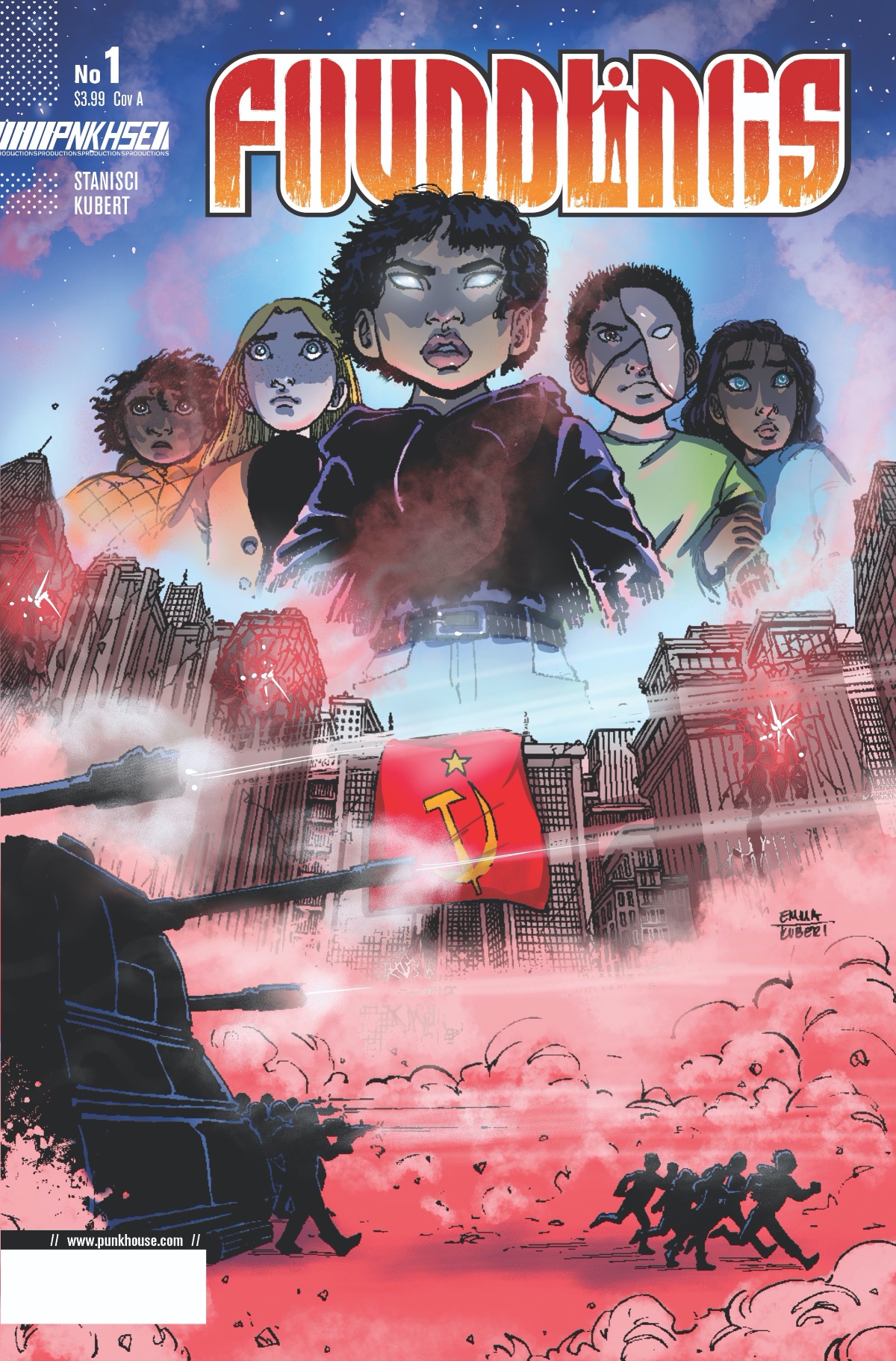 PORTLAND, OR–New York-based writer and artist John Stanisci (Batman Beyond) and buzzworthy artist Emma Kubert (Inkblot, Image Comics) have teamed together to create Foundlings, a brand new dystopian young adult comic book series in the vein of Stranger Things and The Goonies, tackling issues of diversability and empowerment. The series follows a group of children cast aside by their families and society…until they were possibly the only ones capable of saving it. Funding exclusively on Kickstarter, and if successful, planned for a full graphic novel, Foundlingsis a timely story tackling themes of global politics and ableism in a story that will keep readers on immersed for 28 pages.

Years in the future, a virus has been weaponized by a Russian government hell-bent on destroying America from within. This deadly new strain has been perfected to kill within 24 hours of contact, and only small groups of children carry an immunity to the effects. They are the Foundlings; a diverse group of children under the age of 16, who alone carry the hope for a possible cure, and a solution to extinction.

Writer John Stanisci says “I have always loved the underdog. I have always rooted for the million to one shot. Years ago, when I first learned of the Foundling hospital in NYC, and the kids who had been left there by their own families because of the kids emotional or physical differences, I always wanted to create an adventure tale where these kids would be called upon to save the world. The kids in Foundlings  are truly the unlikeliest of heroes. No one in their right mind would ever entrust these kids to be the ones to save humanity, but in our story, they are the only chance the world has!  Everyone involved with Foundlings feels strongly that is high time that a diverse group of kids such as these have their moment as heroes.”

“John came to me with a young adult story idea. It was a couple of sentences, and I didn’t even know John well at that time. I was immediately hooked. Foundlings is the story of outcasts becoming the last hope and the ultimate heroes. It’s intense, suspenseful, humorous, and heart-warming” says Emma Kubert. “When I was younger, I didn’t see a lot of comic stories that intrigued me. I loved fantasy and sci-fi and genres that weren’t as popular in comics as they were in other forms of entertainment. As I grow in the comics industry and see which directions my career takes, all I know is I want to create sequential stories that my younger self would have fallen in love with, and I believe Foundlings is one of them.”

John continues “Emma Kubert has been a godsend on this project! Emma is not only a terrific artist and visual storyteller but she truly understand the emotions of all the kids. She is able to convey the kids own sense of pain over being abandoned by their own families, which is such an important part of the story. Of course, her action scenes have just absolutely blown me away! She totally captures the edge of your seat action that FOUNDLINGS is! It’s like watching a movie when I see the pages come in! And, to be honest, I think she is just getting warmed up!”

Emma concludes “Working with John has been complete excitement! He is passionate about the stories he creates and cares about the depth and emotion that each character brings. John drives us in an adventurous direction, allowing me to have the freedom to take his words into the visual. It’s pure joy to talk about our project because not only is the story great, but our process for creating is thrilling since we both absolutely love what we do. His tenacity and devotion is really the driving force of Foundlings, and there wouldn’t be a story without it. I admire him as a person and as a creator, and I’m excited for what Foundlings brings!

Foundlings centers around one very special group of kids, all who still dream of the families that long ago abandoned them, and instead find family in each other in order to survive and find a way to save the Earth from destruction. The story is inspired by The Foundlings Hospital in New York City, which is a real-life home to children, many of whom are challenged with physical and emotional issues. The story is rich with themes of empowerment and inspiration for teenagers and adults alike, in a fun adventure story that recalls some of the most beloved films and television series.

Funding exclusively through this Kickstarter campaign is a self-contained comic book story, published in a 28 page, full-color comic format, written by John Stanisci, and drawn by Emma Kubert, with two covers available. For more information on perks offered, visit the campaign page: https://www.kickstarter.com/projects/punkhouse/foundlings-a-new-comic-from-john-stanisci-and-emma-kubert

John Stanisci is a New York Times best selling artist and writer for DC, Marvel and IDW Comics having drawn such characters as Spider-Man, Batman, Constantine, Justice League Dark, Judge Dredd,  X Files and many more. In 2011, John’s book for DC Comics, Batman Beyond: Hush Beyond, premiered at #1 on the New York Times bestseller list for graphic novels. John’s original graphic novel, Lifedeath, is in development for entertainment. John’s published work has appeared throughout the world in many countries including Germany, England, France and others. John is also a Broadway/Off Broadway playwright, actor and producer. John’s original plays have been named as finalists for the prestigious Woodward/Newman Award for drama as well as the Eugene O’Neil Playwrights Conference and others. www.johnstanisci.com 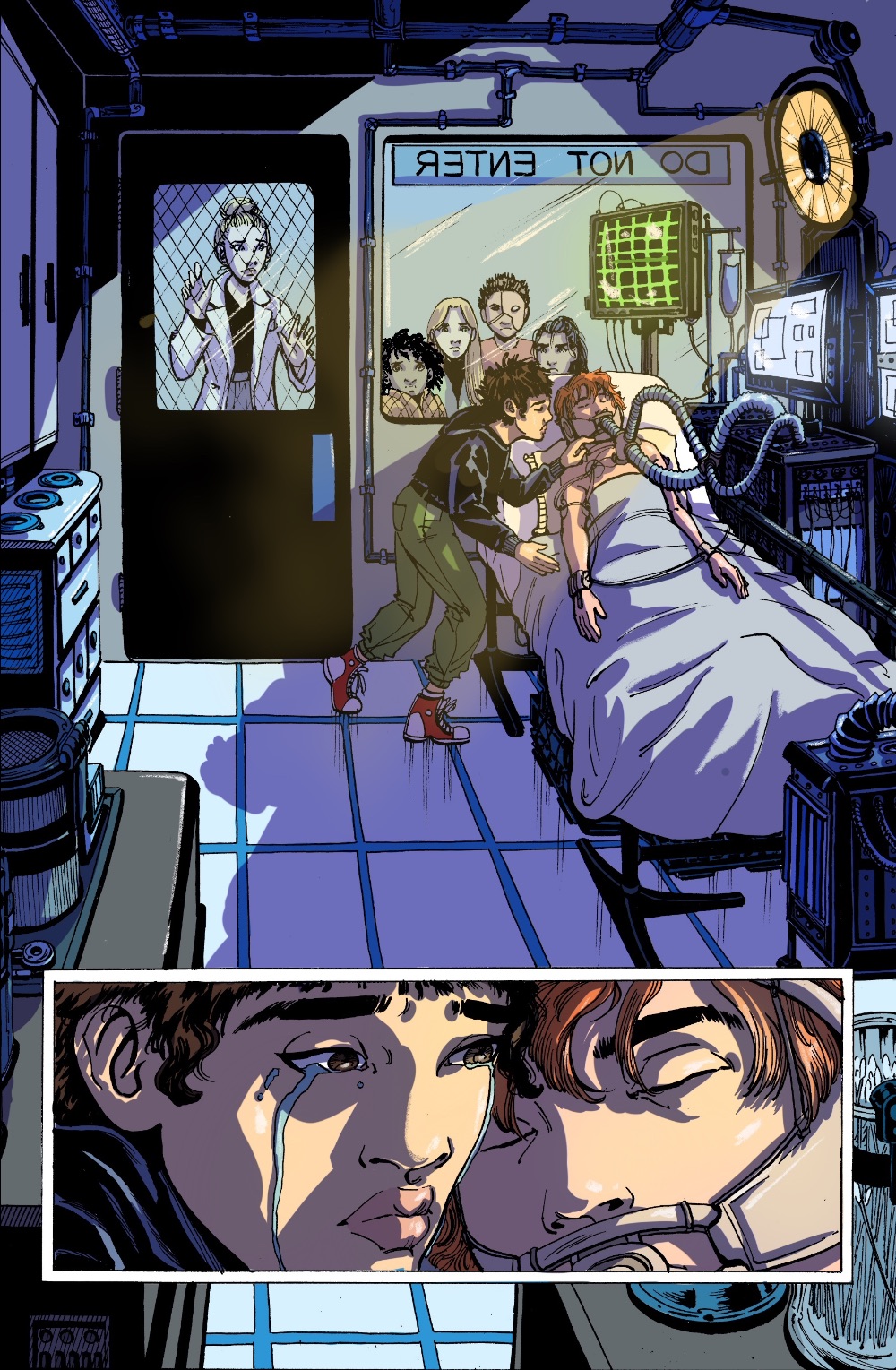 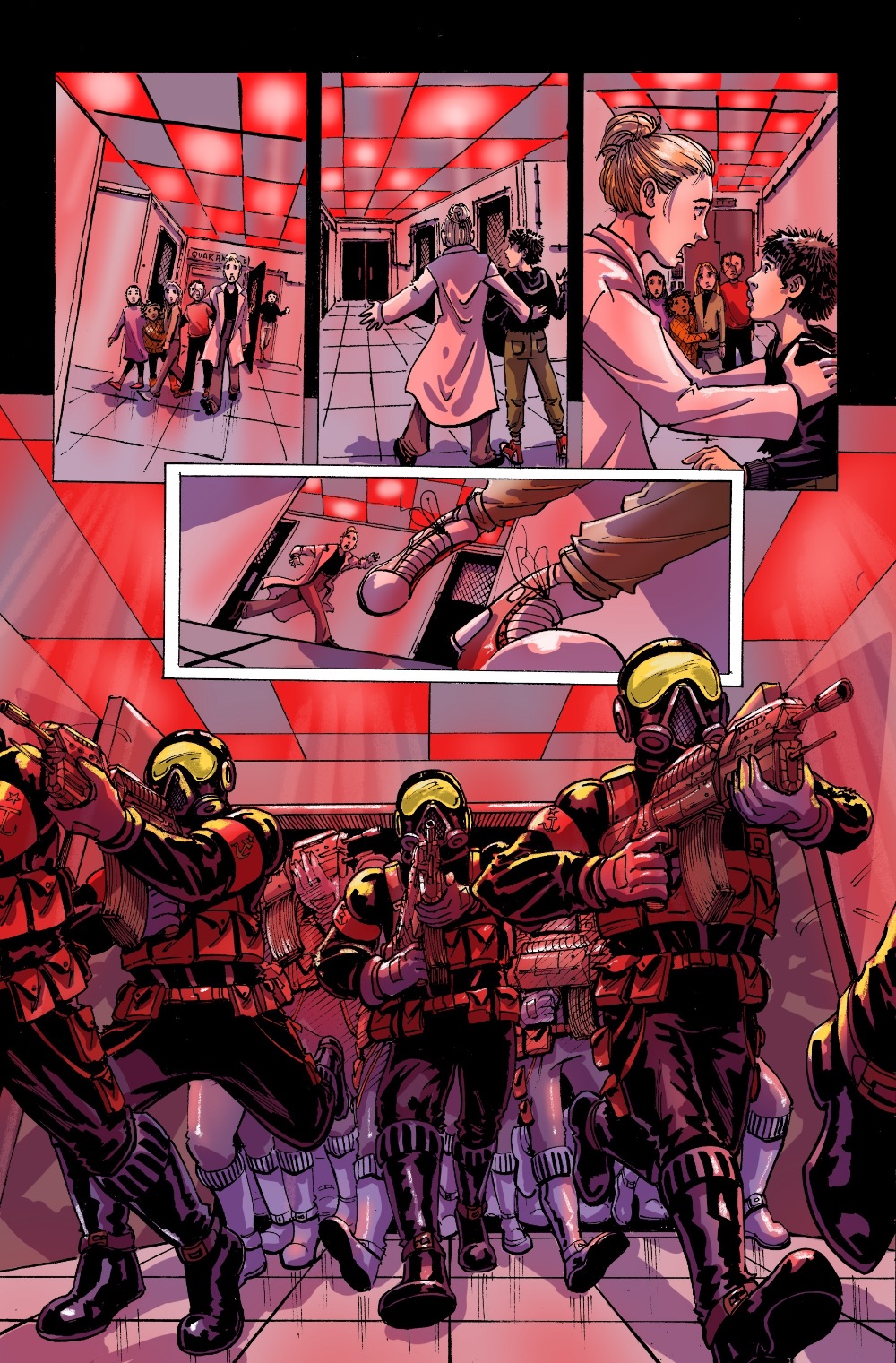 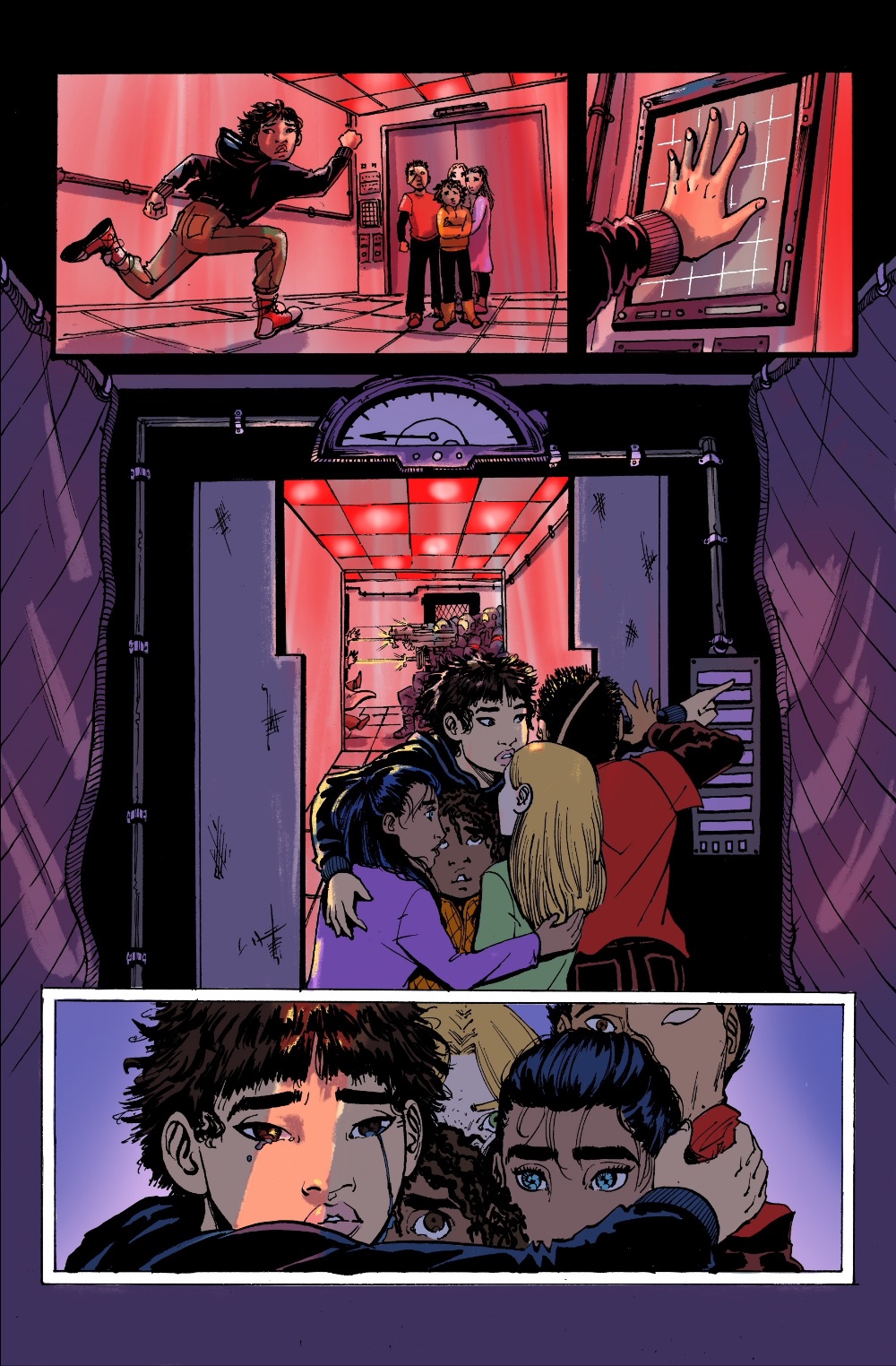