December 16, Mt. Laurel, NJ: Jennifer Blood has survived one of her deadliest battles against organized crime yet, and starting this March with issue #6, the “Blood Debt” is due.

The Garth Ennis-created Jennifer Blood is a fan-favorite antiheroine with a mission to crack down on organized crime by any means necessary, and a secret identity unlike any other. In her latest return to comic book shelves, writer Fred Van Lente (Die!namite, Incredible Hercules) and artist Vincenzo Federici have led the character through a thrilling bloodbath of a critically acclaimed first arc. In the first five issues, she battled against undercover mob bosses in the town of Bountiful, as well as another hitwoman nemesis that could match her abilities.

Starting with issue #6 this March, Jennifer finds herself limping into a secret health clinic specializing in serving criminals. The head surgeon is surprised to find one of the most wanted women in the underground laying sedated on his operating table. But another experienced, yet terminally ill hitman has other plans for Blood. He’s written up a bucket list of all kinds of gangsters and crooks who have wronged him through the years. Jennifer Blood is the perfect accomplice in checking off the list, as this unlikely pair careen toward a final showdown in the city of sin, Las Vegas.

“I love the character and have so many more Jennifer Blood stories I’d love to tell,” said writer Fred Van Lente. “Vincenzo and I are just going to try and keep topping ourselves to be the best damn crime comic on the shelves.”

Vigilante comics cover artist icon Tim Bradstreet is jumping on to the series with this issue. His contributions to both the Punisher and previous Jennifer Blood comics are beloved by fans of the genre. He’s joined by Joseph Michael Linsner, cosplayer Rachel Hollon, and more. 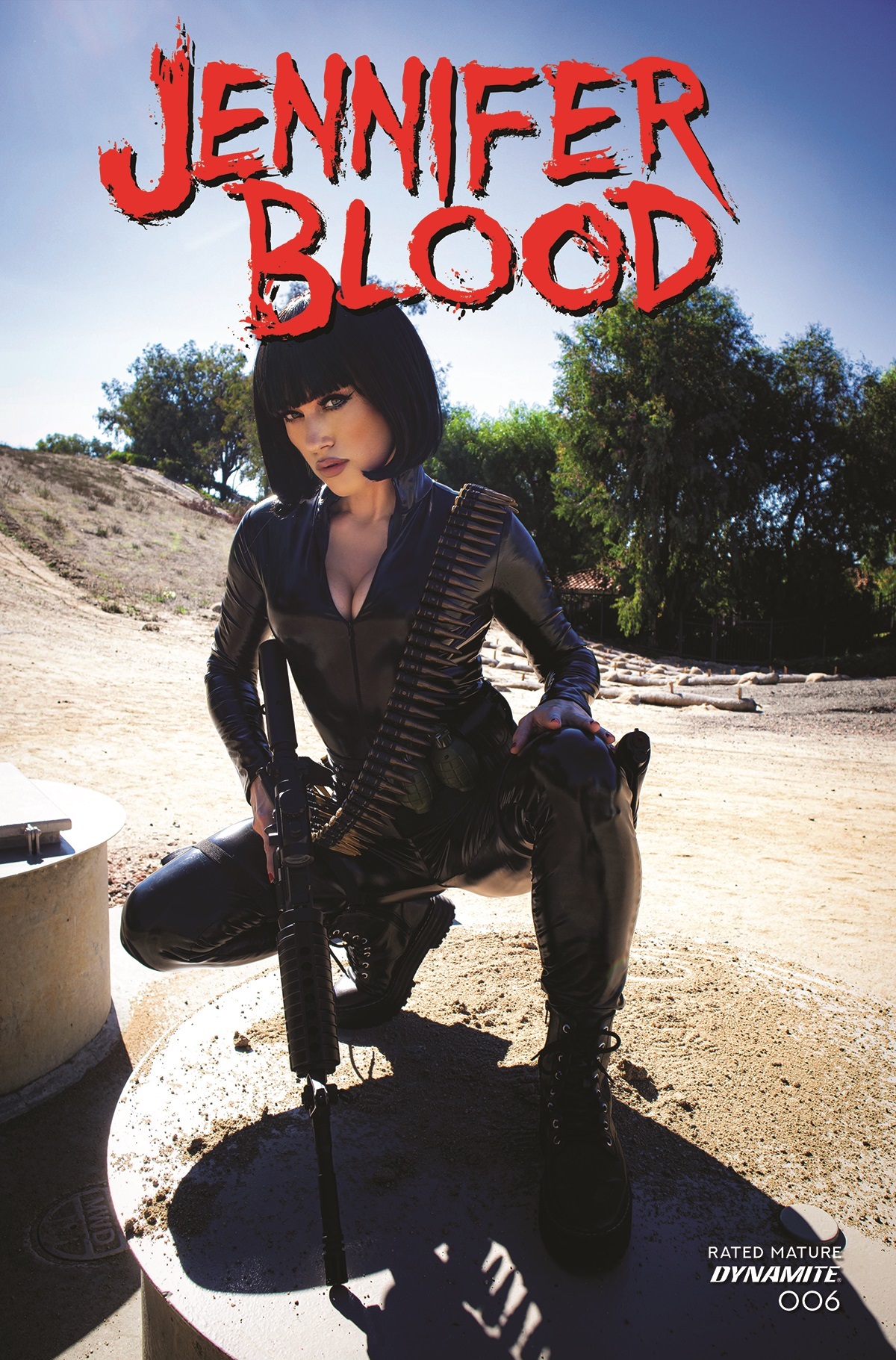 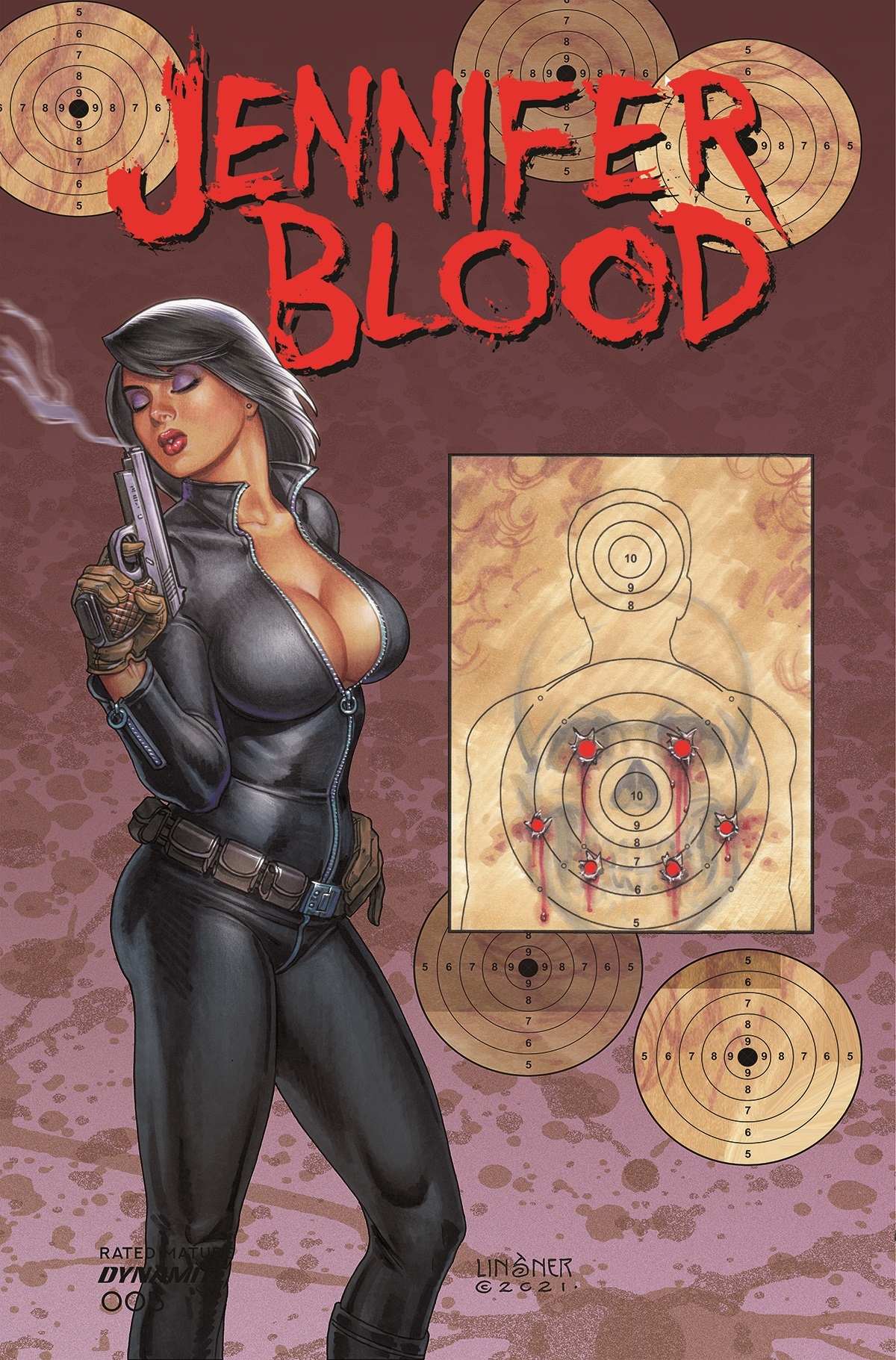 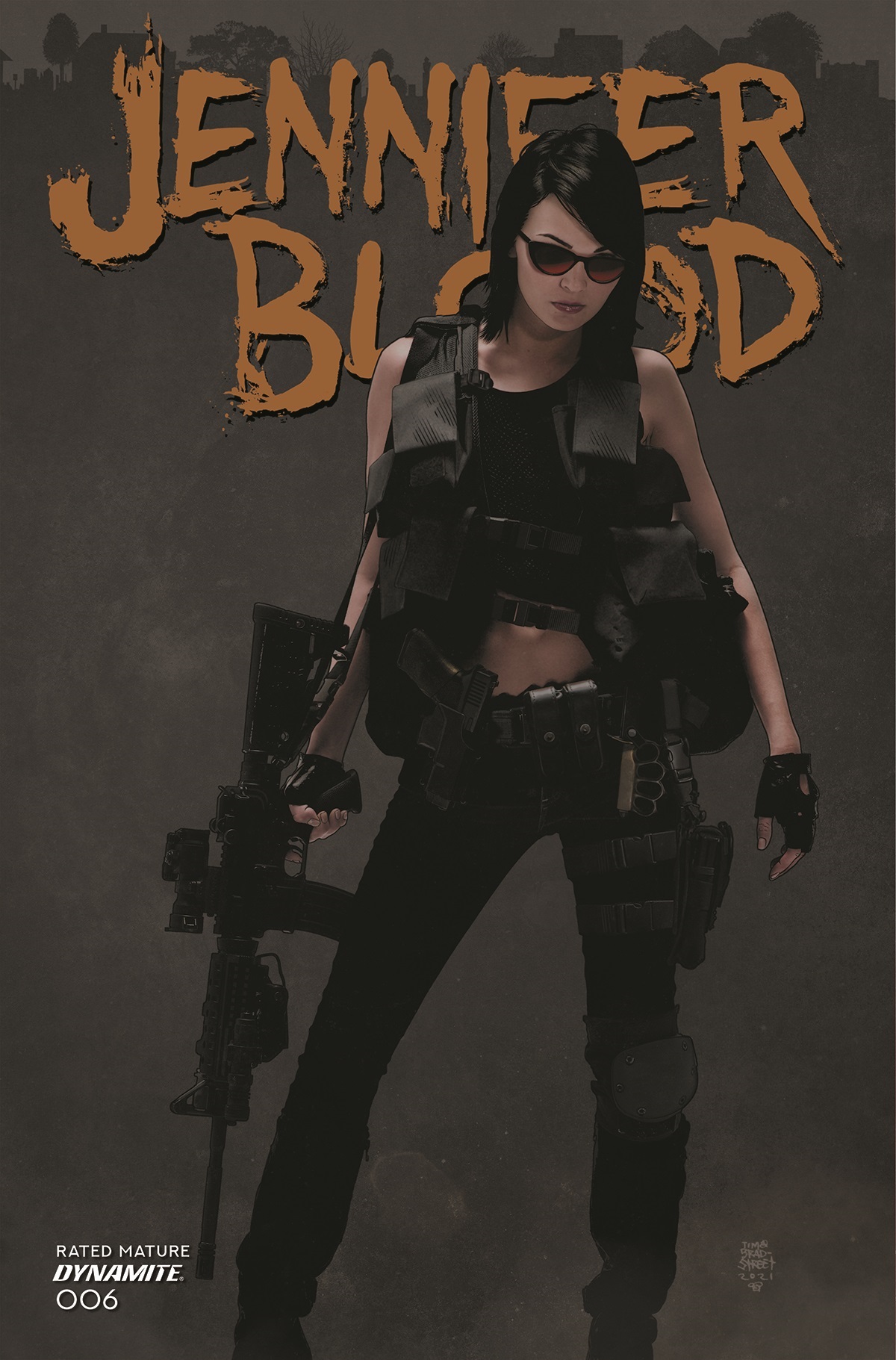 JENNIFER BLOOD #6 is solicited in Diamond Comic Distributors’ January 2022 Previews catalog, the premier source of merchandise for the comic book specialty market, and slated for release in March 2022. Comic book fans are encouraged to preorder copies of the issue with their local comic book retailers. It will also be available for individual customer purchase through digital platforms courtesy of Comixology, Kindle, iBooks, Google Play, Dynamite Digital, ComicsPlus, and more!