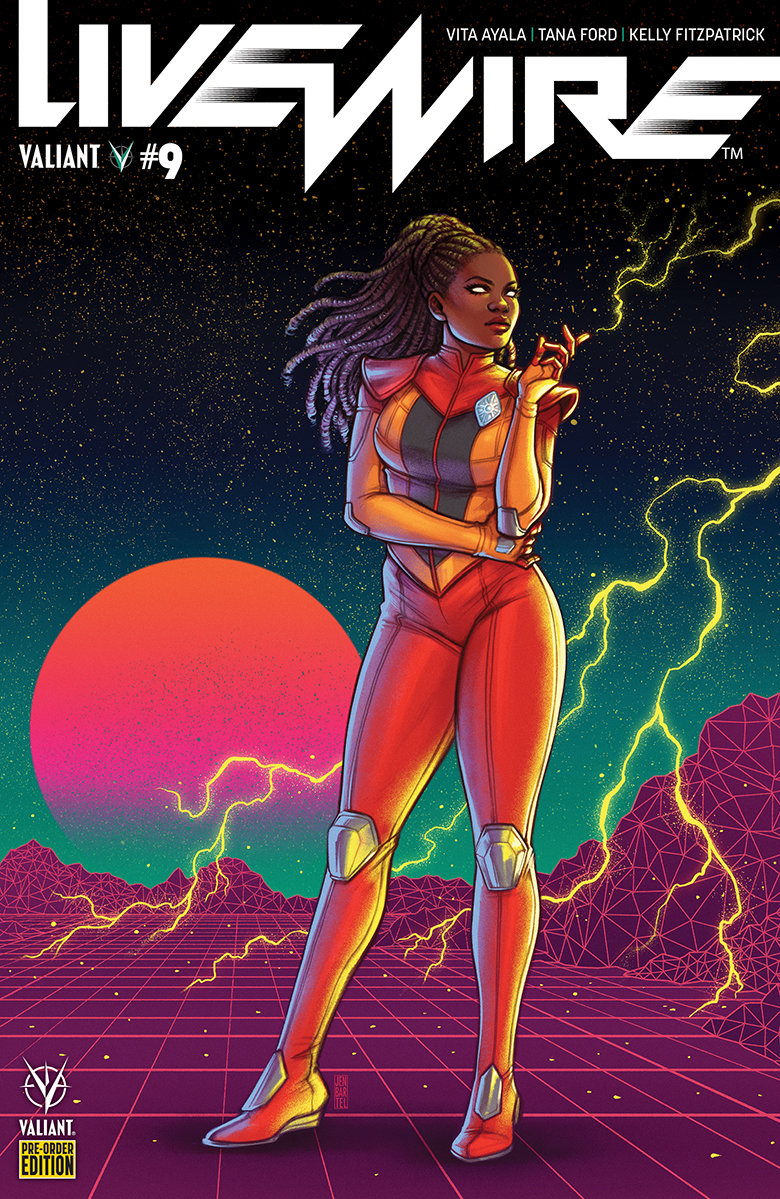 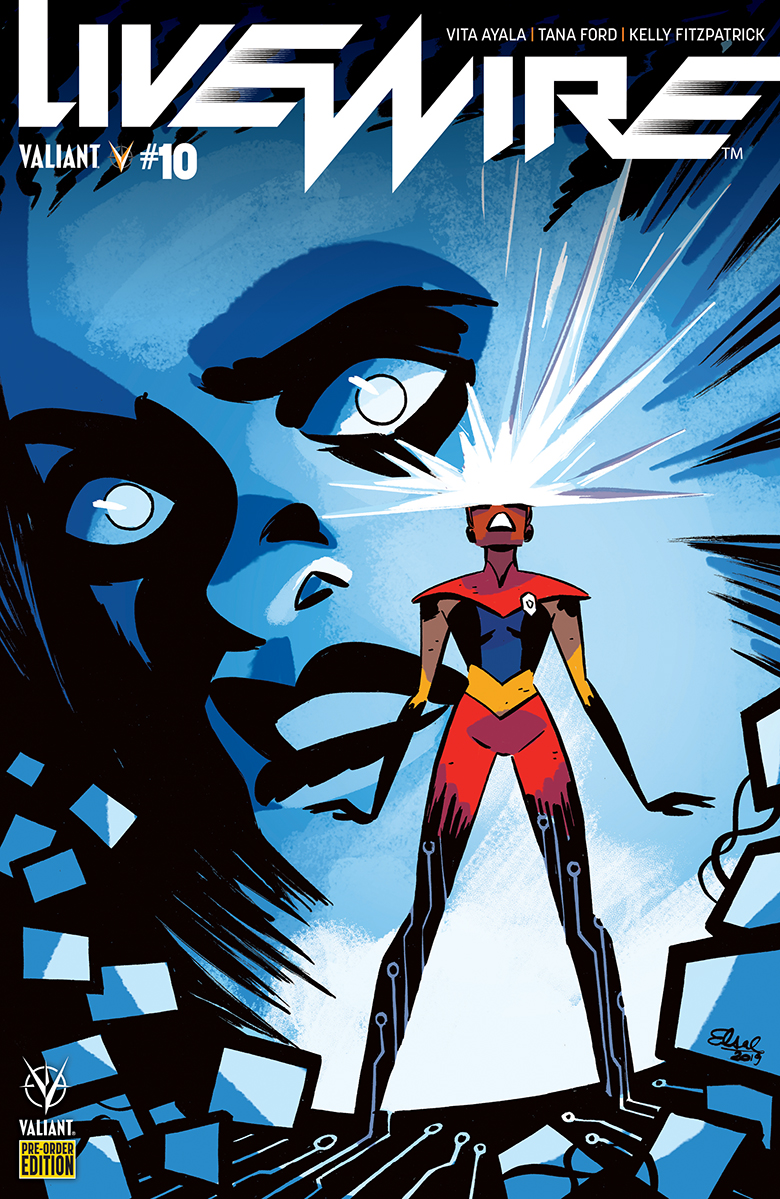 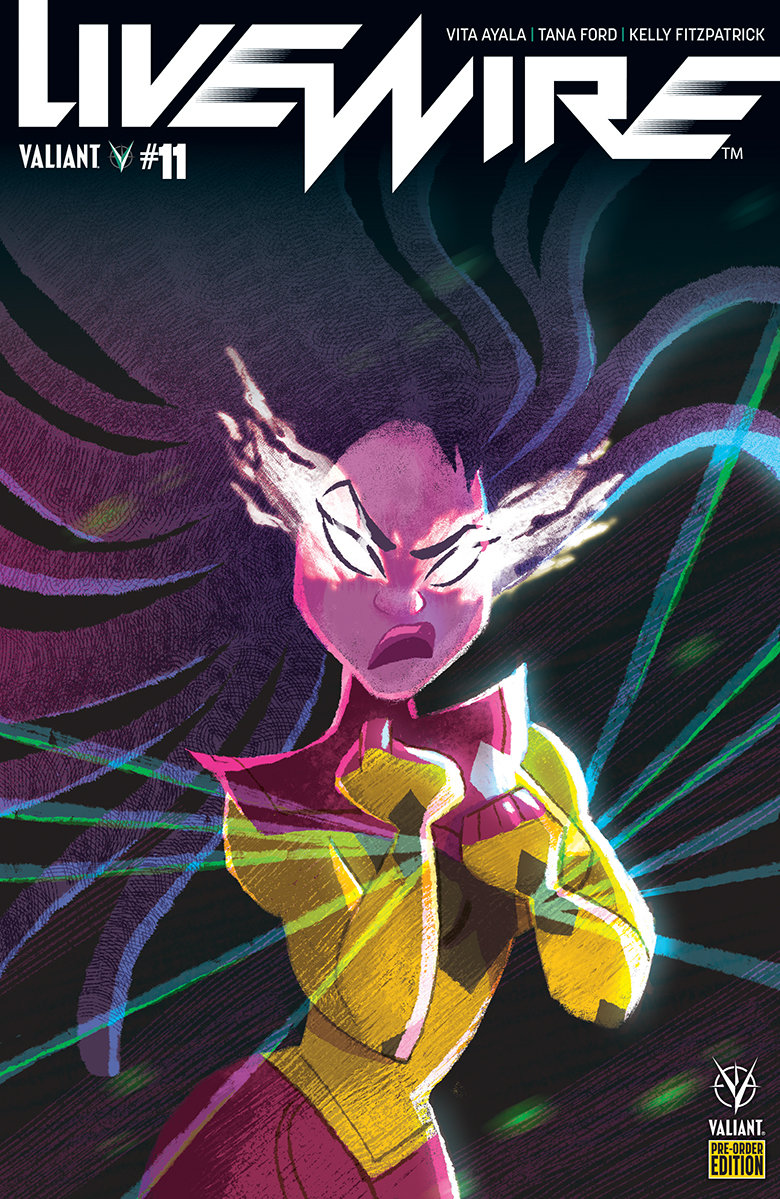 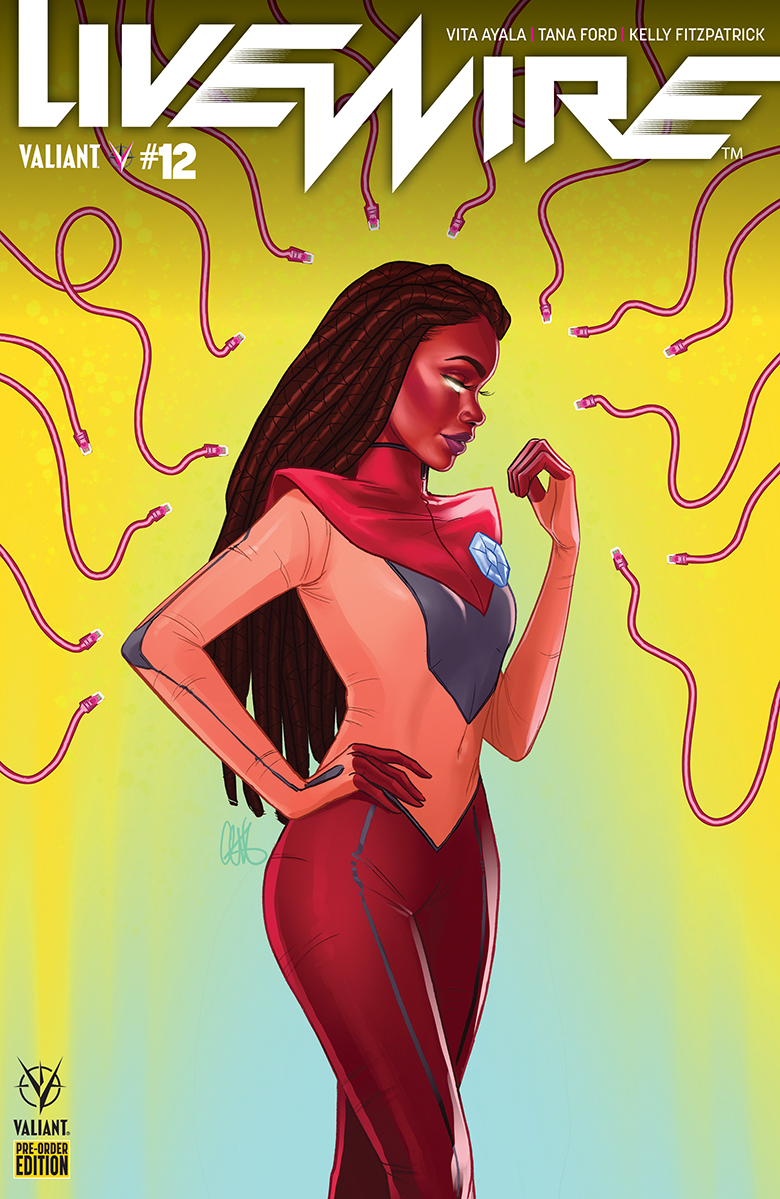 New York, NY (July 16, 2019) – Valiant is electrified to announce the LIVEWIRE #9-12 PREORDER EDITION BUNDLE, the latest in the publisher’s initiative to allow readers to order a complete story arc or an entire run of a limited series in advance. Each LIVEWIRE Preorder Edition issue will feature a cover drawn by a fantastic lineup of talent, including Jen Bartel (Blackbird), Elsa Charretier (The Unstoppable Wasp), Kat Hudson (DC Super Hero Girls), and fine artist Chandler Ford, plus contain an extra eight pages of bonus material.

In LIVEWIRE #9-12, wanted fugitive Livewire has been on the run for months from the authorities for shutting down the country’s power in an effort to protect people gifted with powers. Will a shocking offer to go public pull her into the political spotlight?

Released monthly from August 2019 through November 2019, each 40-page LIVEWIRE PREORDER EDITION issue comes packed with cool extras—including creator commentary, behind-the-scenes looks at the creation of the comics, character designs, and cover galleries—that can’t be found anywhere else. Each issue is priced at $3.99, the same price as the regular-edition copies! 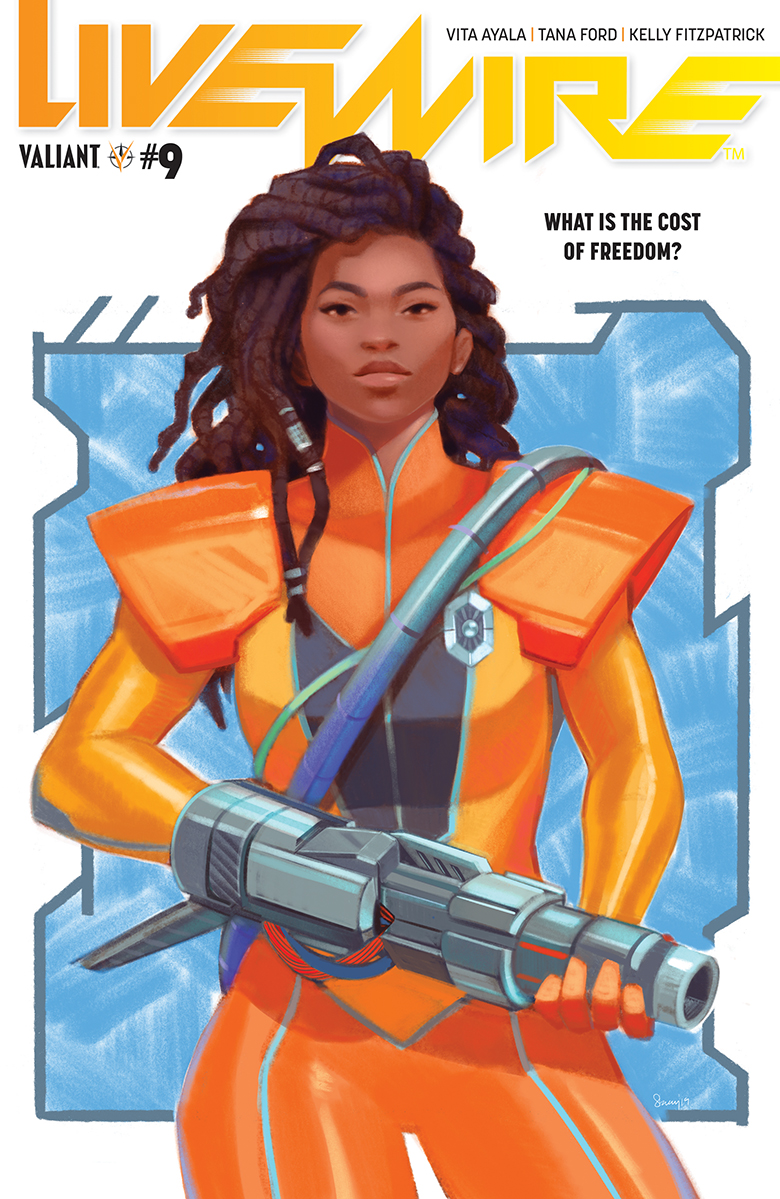 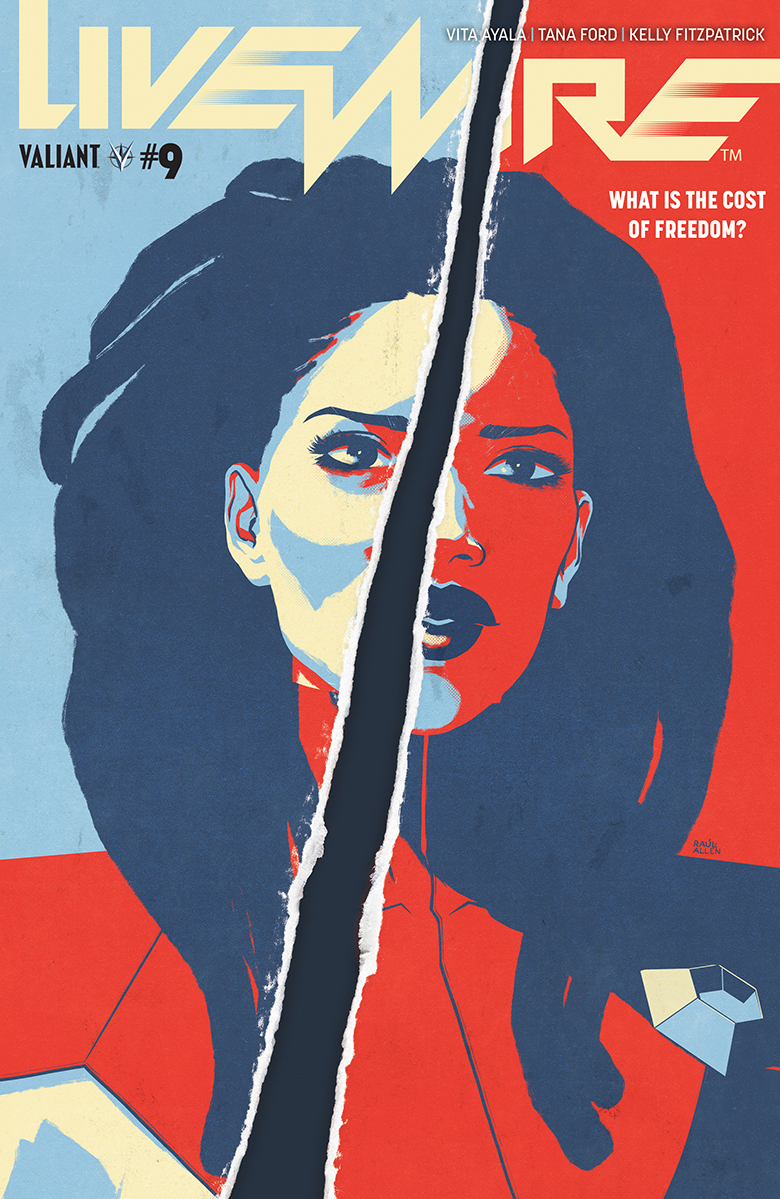 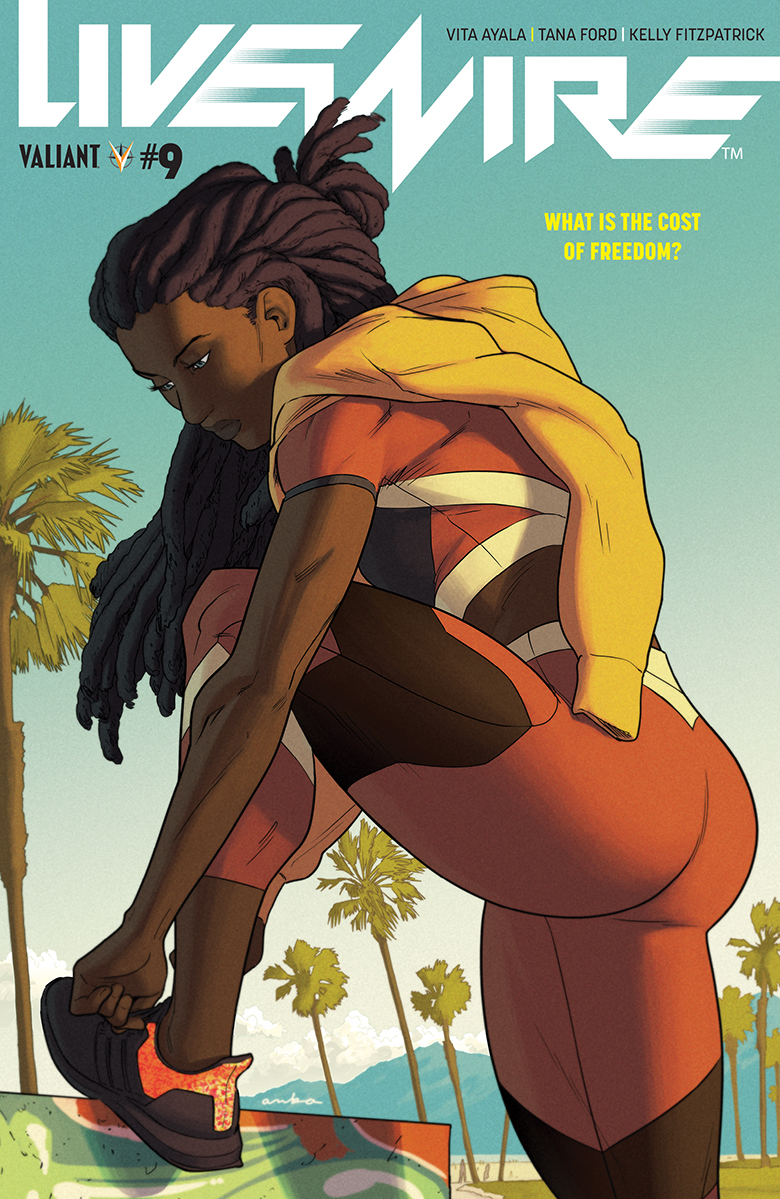 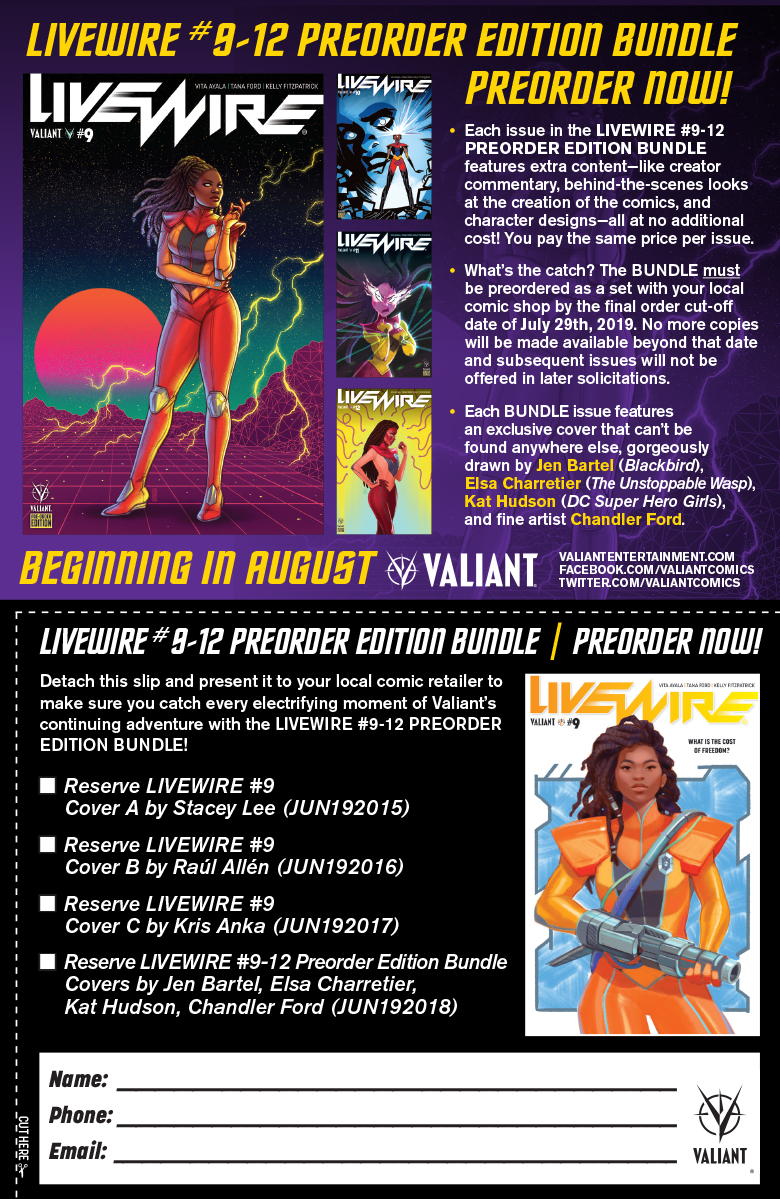