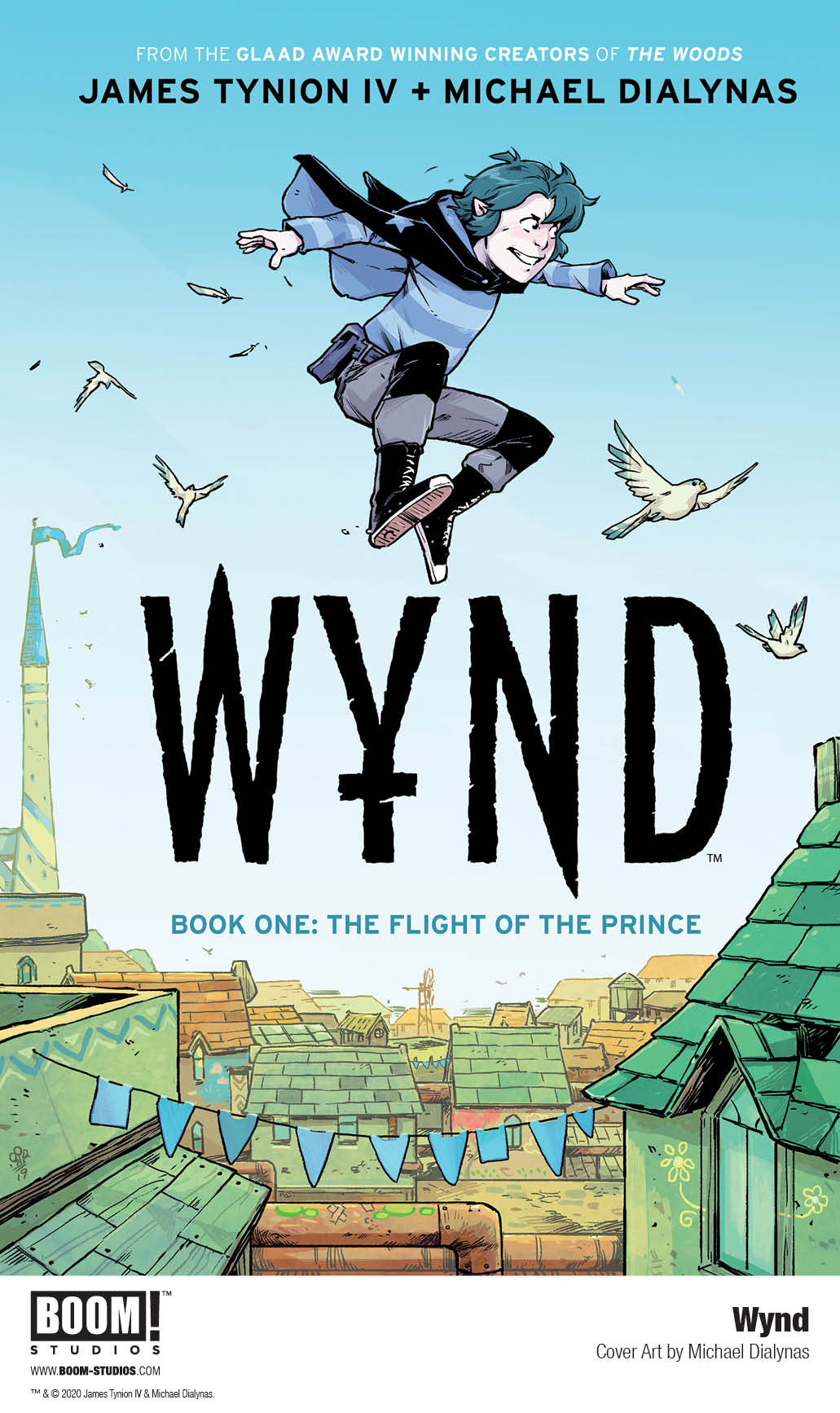 LOS ANGELES, CA (January 21, 2020) – BOOM! Studios is proud to announce WYND, a brand new trilogy of original graphic novels from the GLAAD Award-winning team of The Woods, writer James Tynion IV (Something is Killing the Children, Batman) and artist Michael Dialynas (Teenage Mutant Ninja Turtles), with letterer Aditya Bidikar (Assassinistas), a new young adult fantasy series about learning to spread your wings no matter the dangers that life puts in your way, available in stores November 2020.

Wynd lives a quiet life in Pipetown — working at the local tavern, out of sight in the secret rooms beneath the floorboards, often stealing away to catch glimpses of Thorn, the castle groundskeeper’s son, as he works. But Wynd also has a secret… magical blood betrayed by his pointed ears, forbidden within the city limits. His shaggy hair has obscured them for most of his life, but now that Wynd is a teenager they are growing too unwieldy to hide.

Joined by his best friend Oakley, Wynd’s strange dreams and an encounter with the city guard send him on an adventure more dangerous than he could ever imagine, where Wynd will discover the magic in the world around him and, most importantly, the magic within himself.

James Tynion IV is a comic book writer, best known as the writer for DC Comics’ flagship series, Batman. In addition to the 2017 GLAAD Media Award-winning series The Woods with Michael Dialynas, James has also penned the critical successes Something is Killing the Children with Werther Dell’Edera, Memetic, Cognetic, and Eugenic with Eryk Donovan, The Backstagers with Rian Sygh, and Ufology with Noah J. Yuenkel and Matthew Fox from BOOM! Studios.

“I was sixteen years old the first time I wrote the name WYND down on a piece of paper. I carried a binder of ideas around my high school with me, and I’d edit them in class, while I was meant to be paying attention to the lesson of the day,” said writer James Tynion IV. “It’s the ur-story that every story I’ve told since comes from, in one way or another. The fantasy I built for my friends and I to live in, when the real world seemed too harsh and strange. It’s the story of a boy, touched by magic in a world that fears the way that magic can twist and change you. It’s a story about growing up. In a lot of ways, it’s a story about me. And I’ve been waiting half my life to tell it.”

Michael Dialynas is a comic artist who resides in Athens, Greece. He is best known for his work on the GLAAD Award-winning series The Woods with James Tynion IV, Lucy Dreaming with Max Bemis, Teenage Mutant Ninja Turtles for IDW, Gotham Academy for DC Comics, Spera for BOOM! Studios imprint Archaia, and Amala’s Blade for Dark Horse Comics.

“Creating WYND‘s world has been a delight, and it has all of my favourite things to draw in it,” said artist Michael Dialynas. “I really can’t wait for you all to join me and James on this new exciting adventure!”

“The Woods is a series I am immensely proud of, and it’s a thrill to get the gang back together to bring WYND to life,” said Eric Harburn, Senior Editor, BOOM! Studios. “James, Mike, and Aditya have created a magical world full of adventure, and a cast of characters you’ll immediately fall in love with. Buckle up for an epic journey!”

Print copies of WYND will be available for sale in November 2020 at local comic book shops (use comicshoplocator.com to find the nearest one), bookstores or at the BOOM! Studios webstore. Digital copies can be purchased from content providers, including comiXology, iBooks, Google Play, and Madefire.

For continuing news on WYND and more from BOOM!, stay tuned to www.boom-studios.com and follow @boomstudios on Twitter. 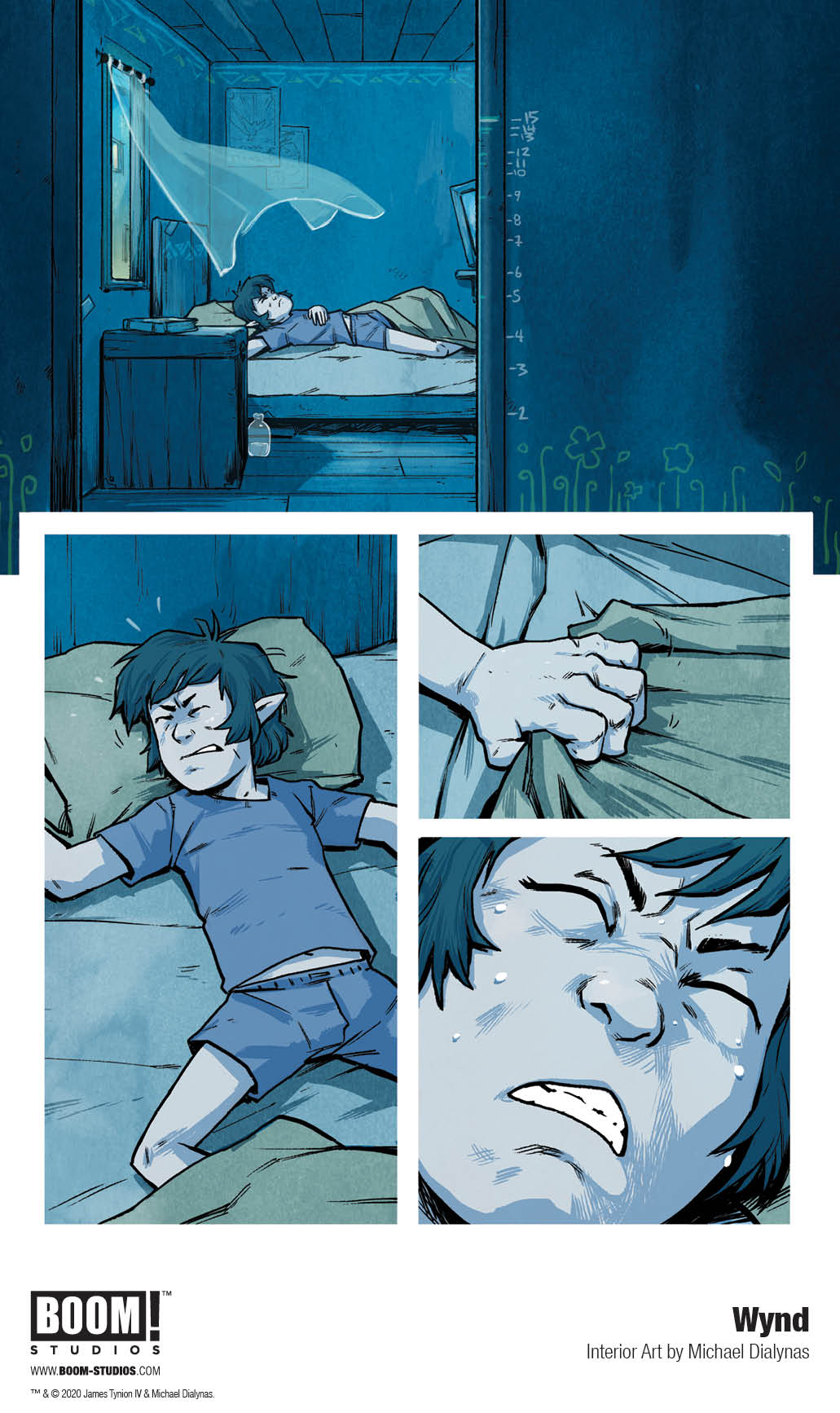 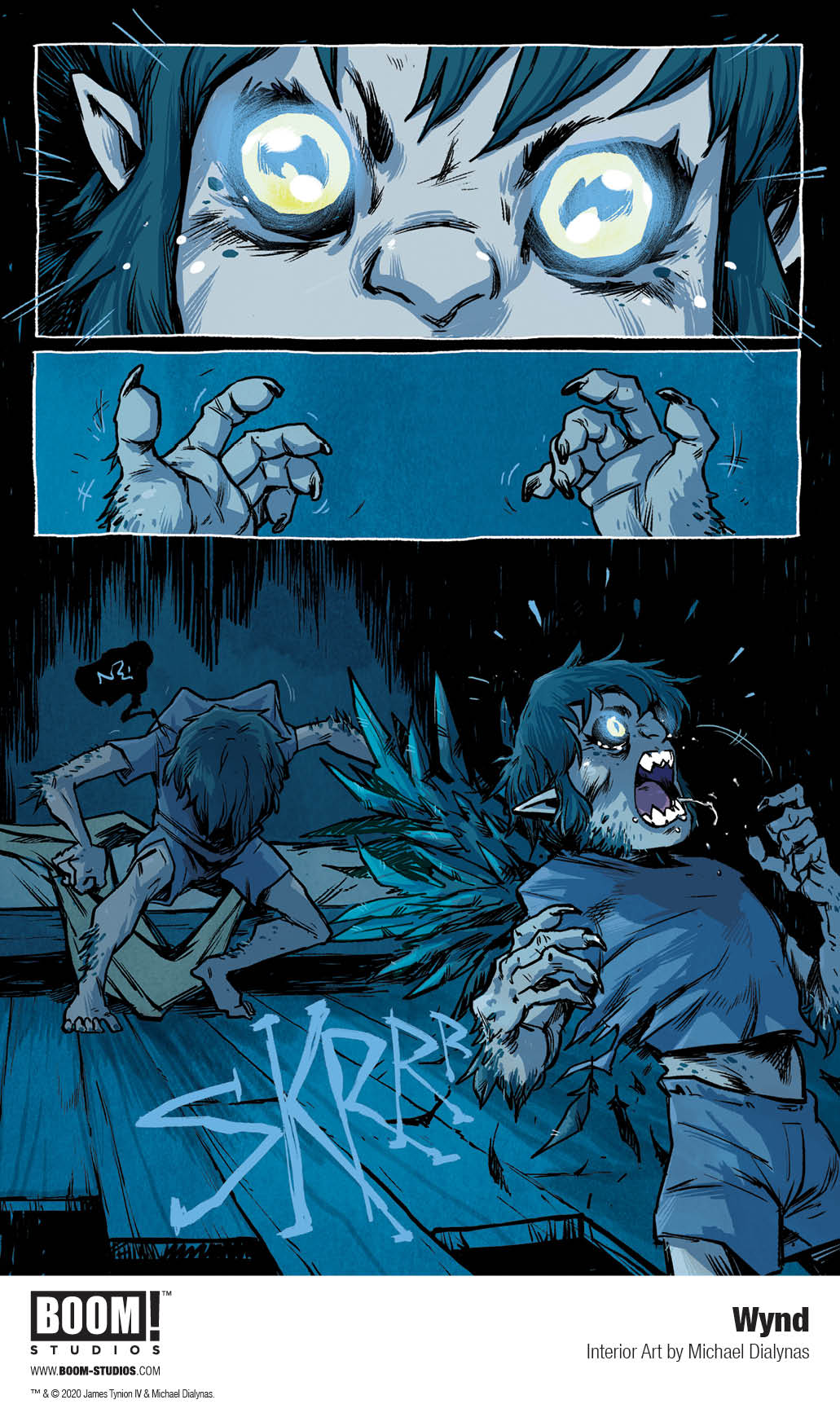 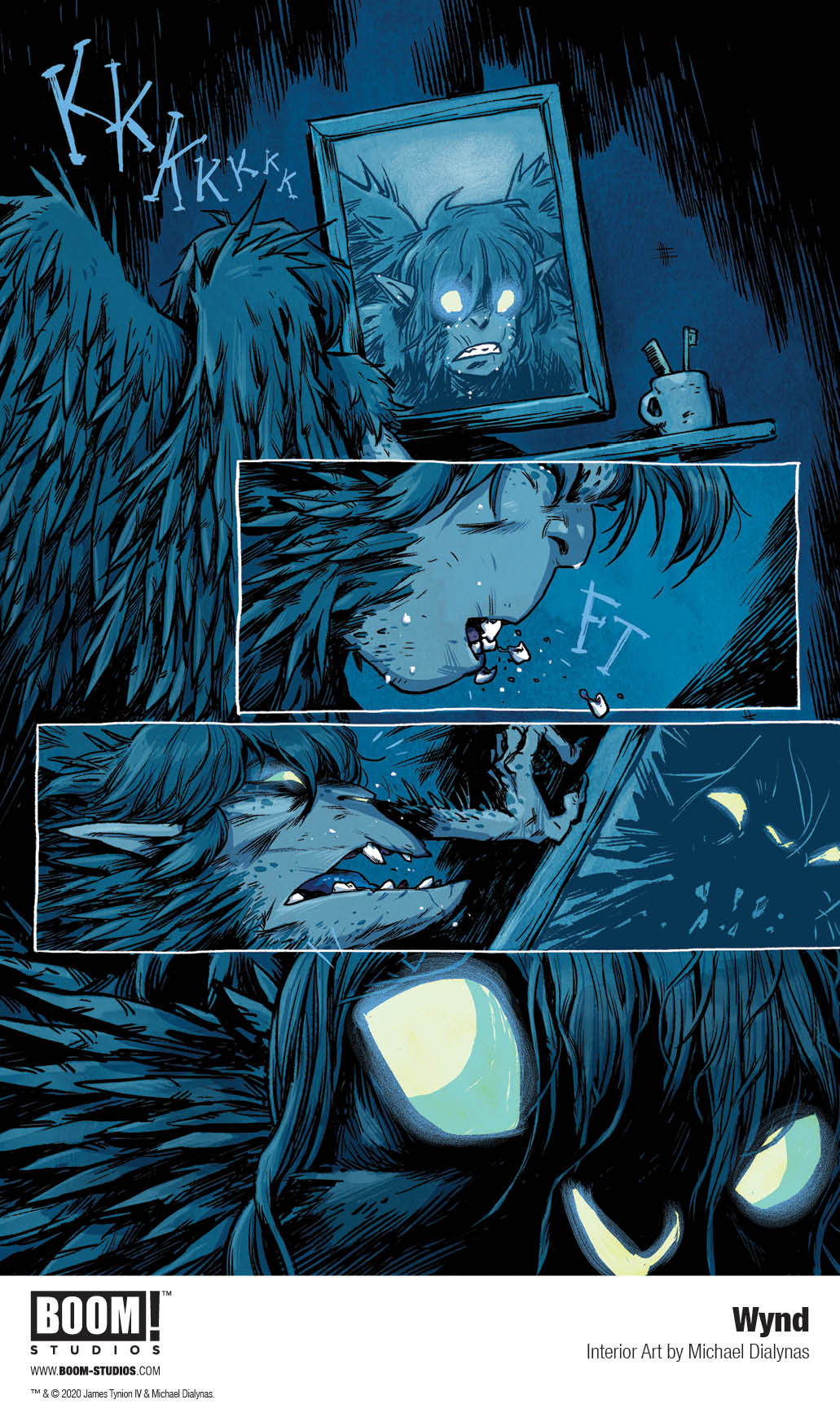 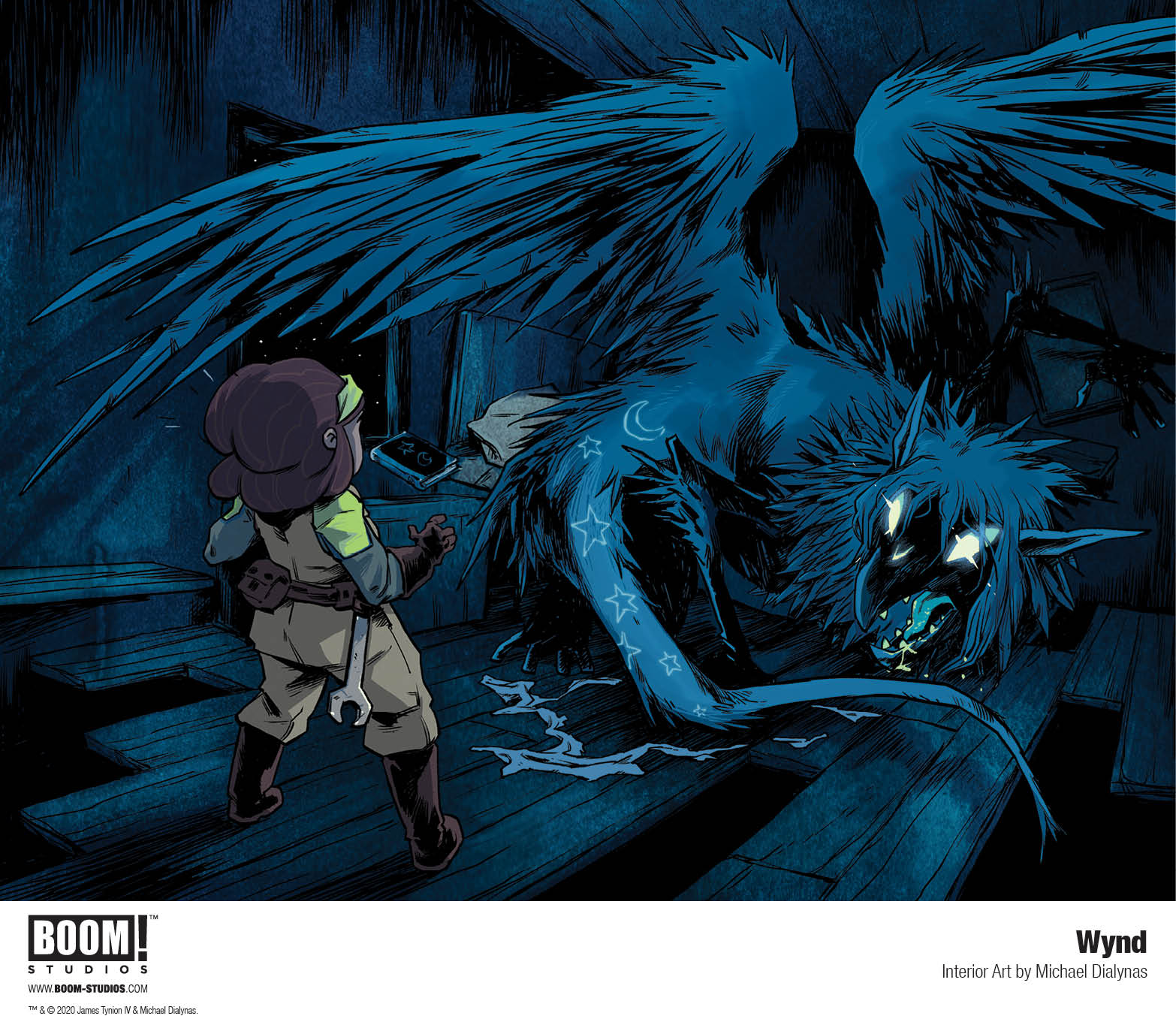 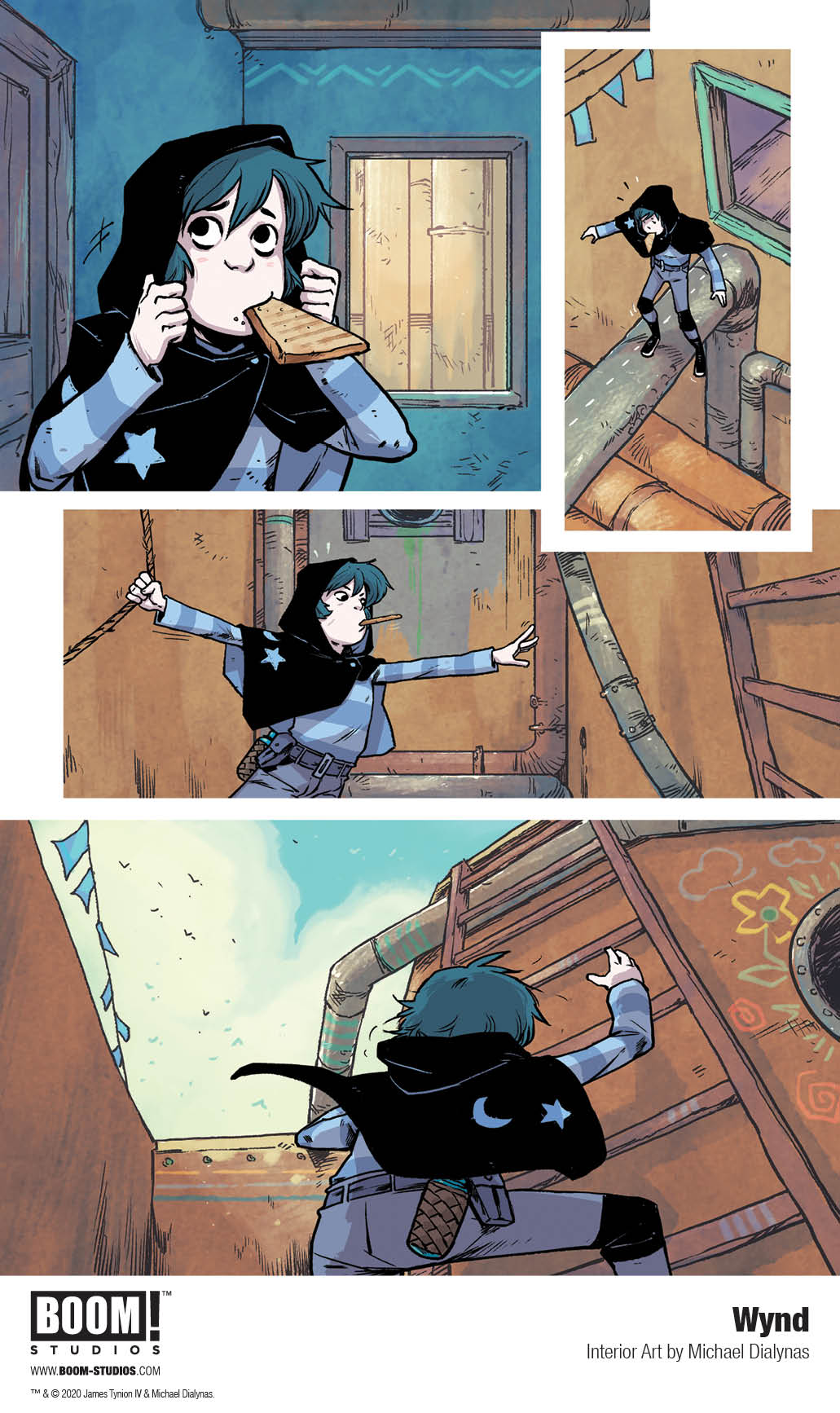 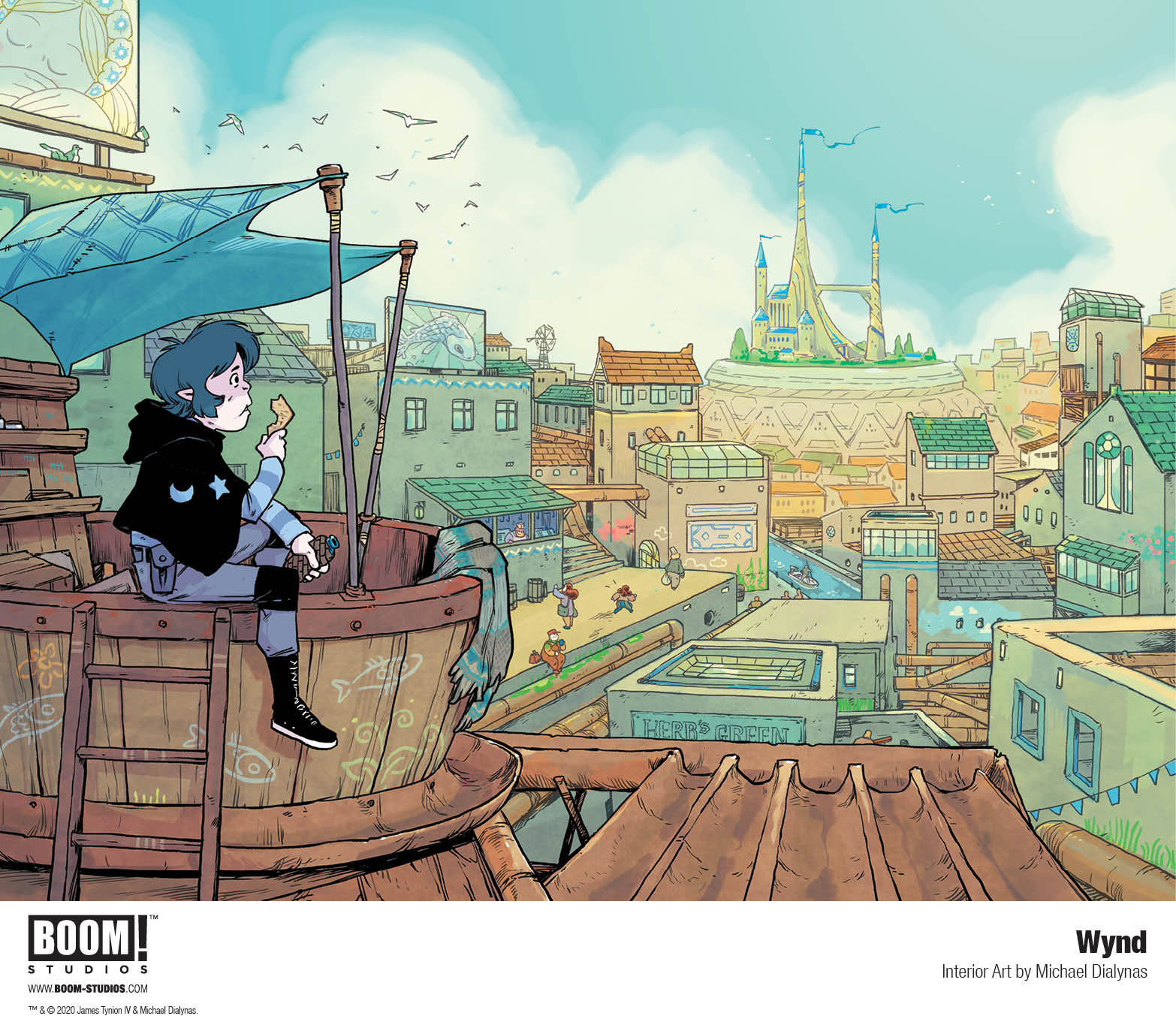 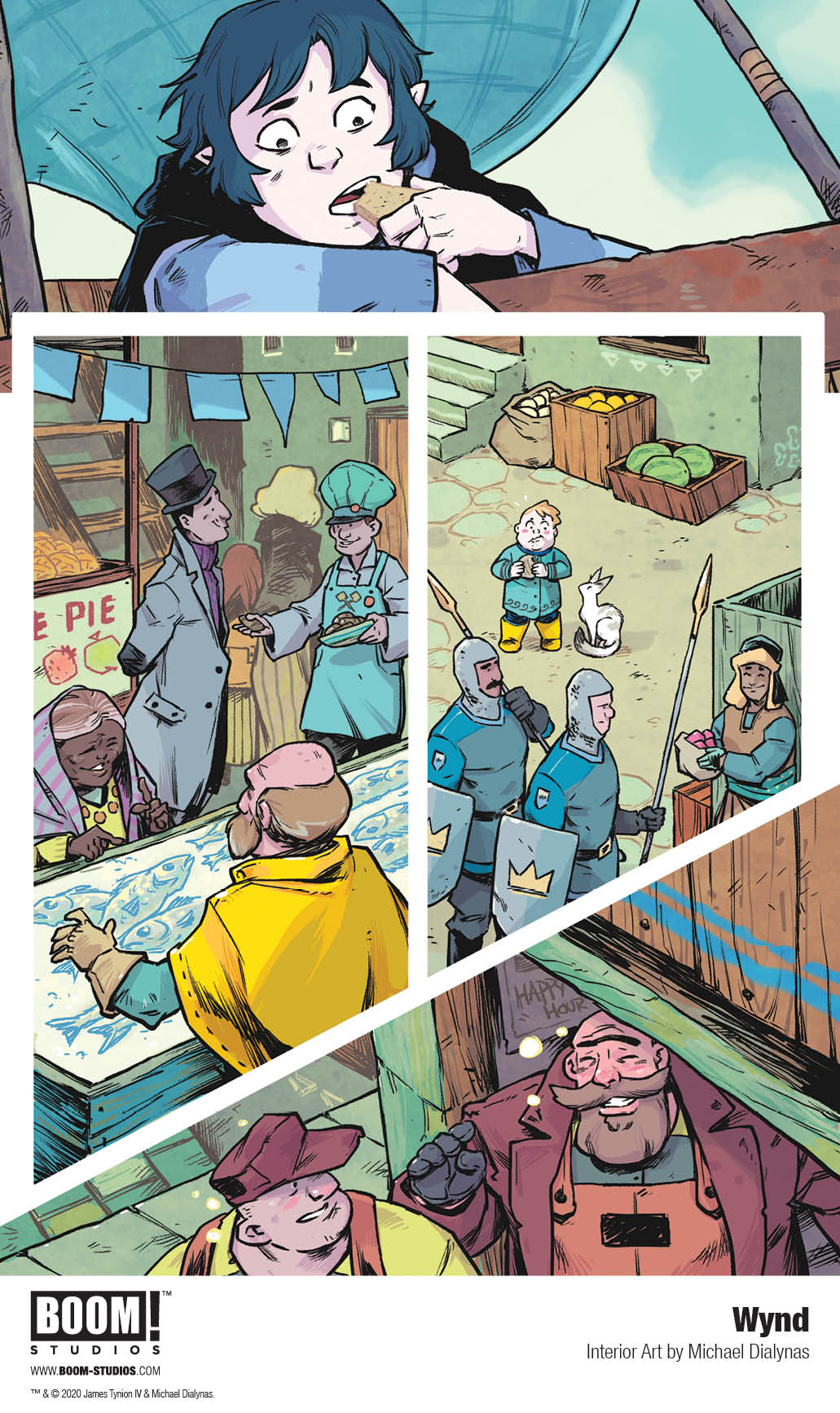 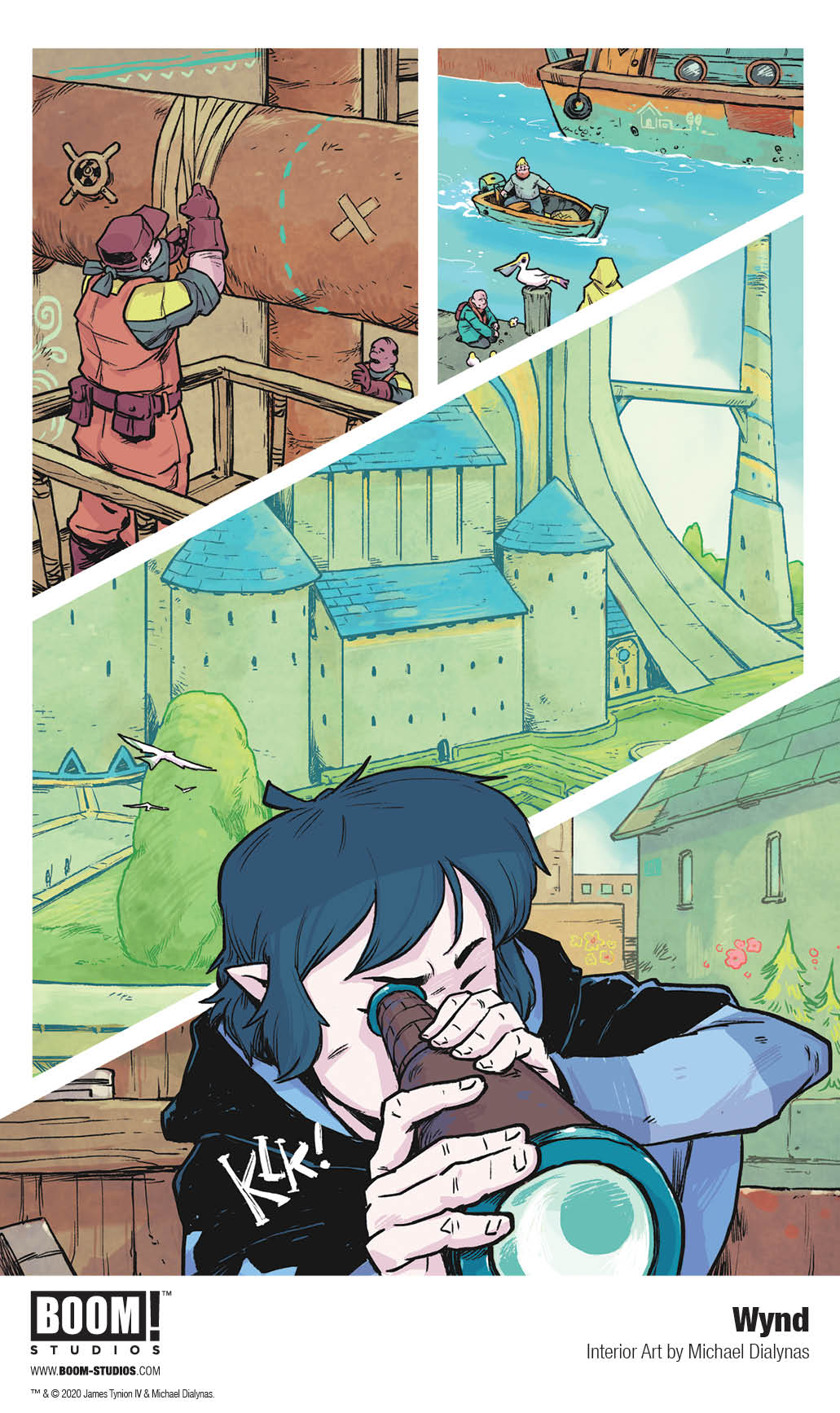 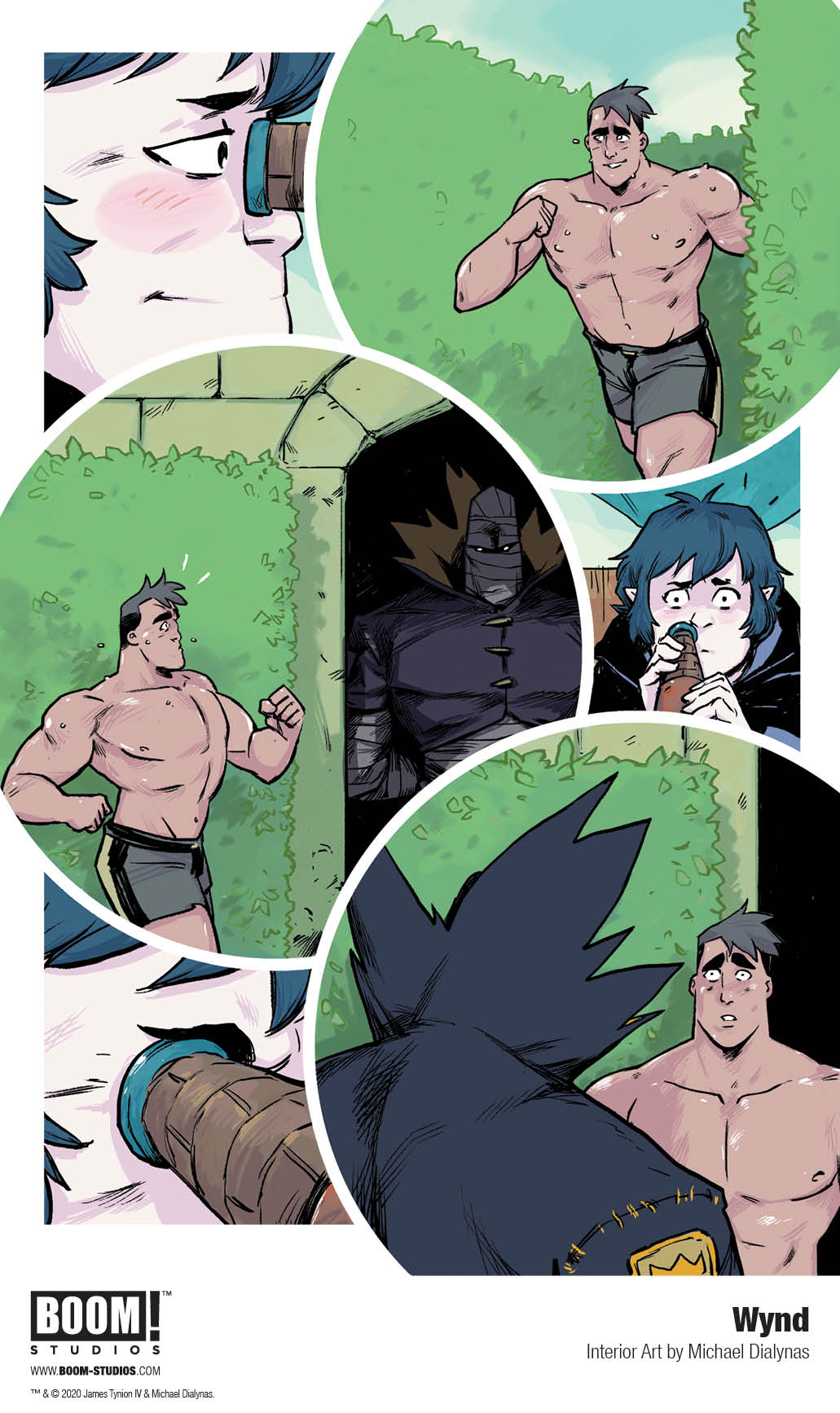 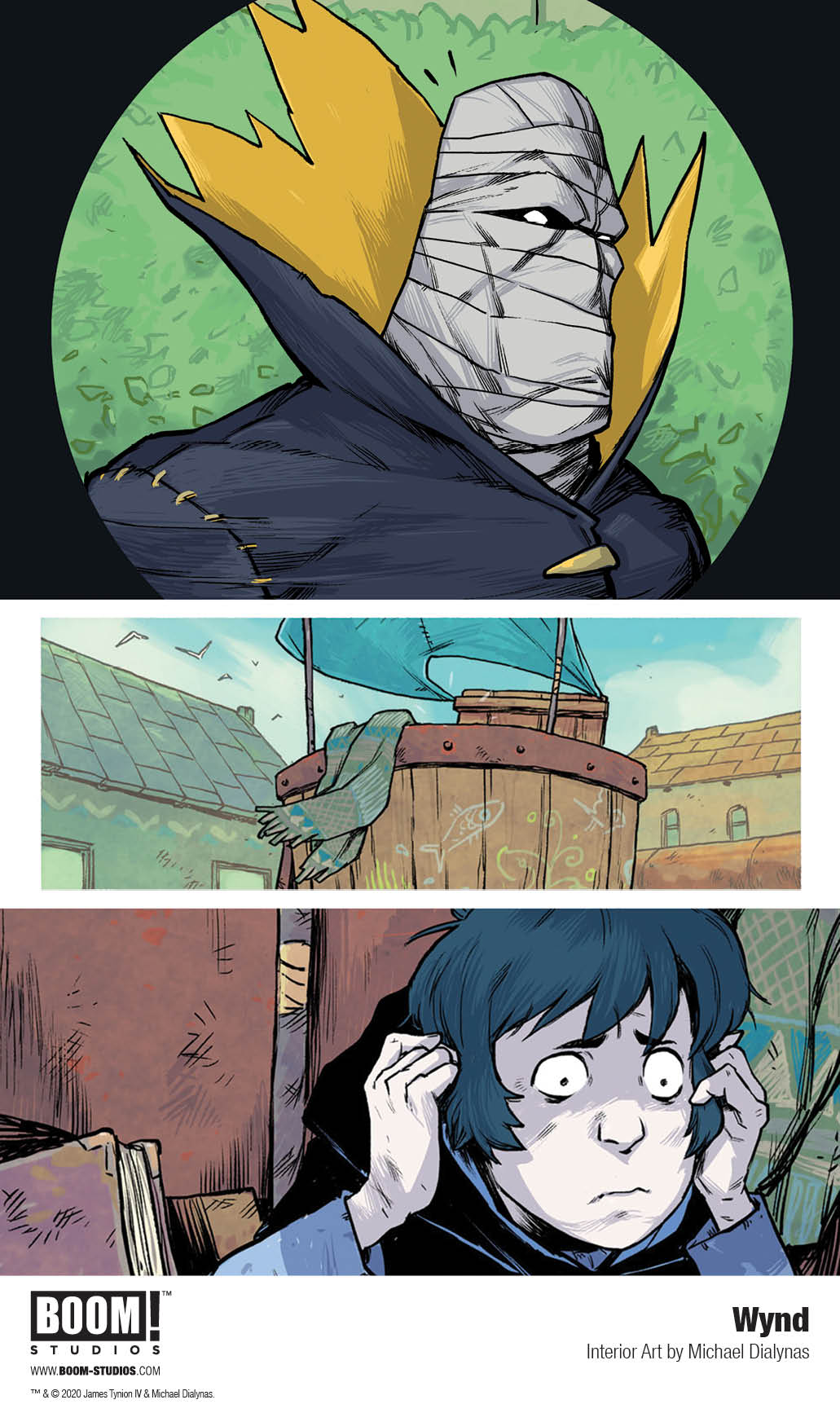 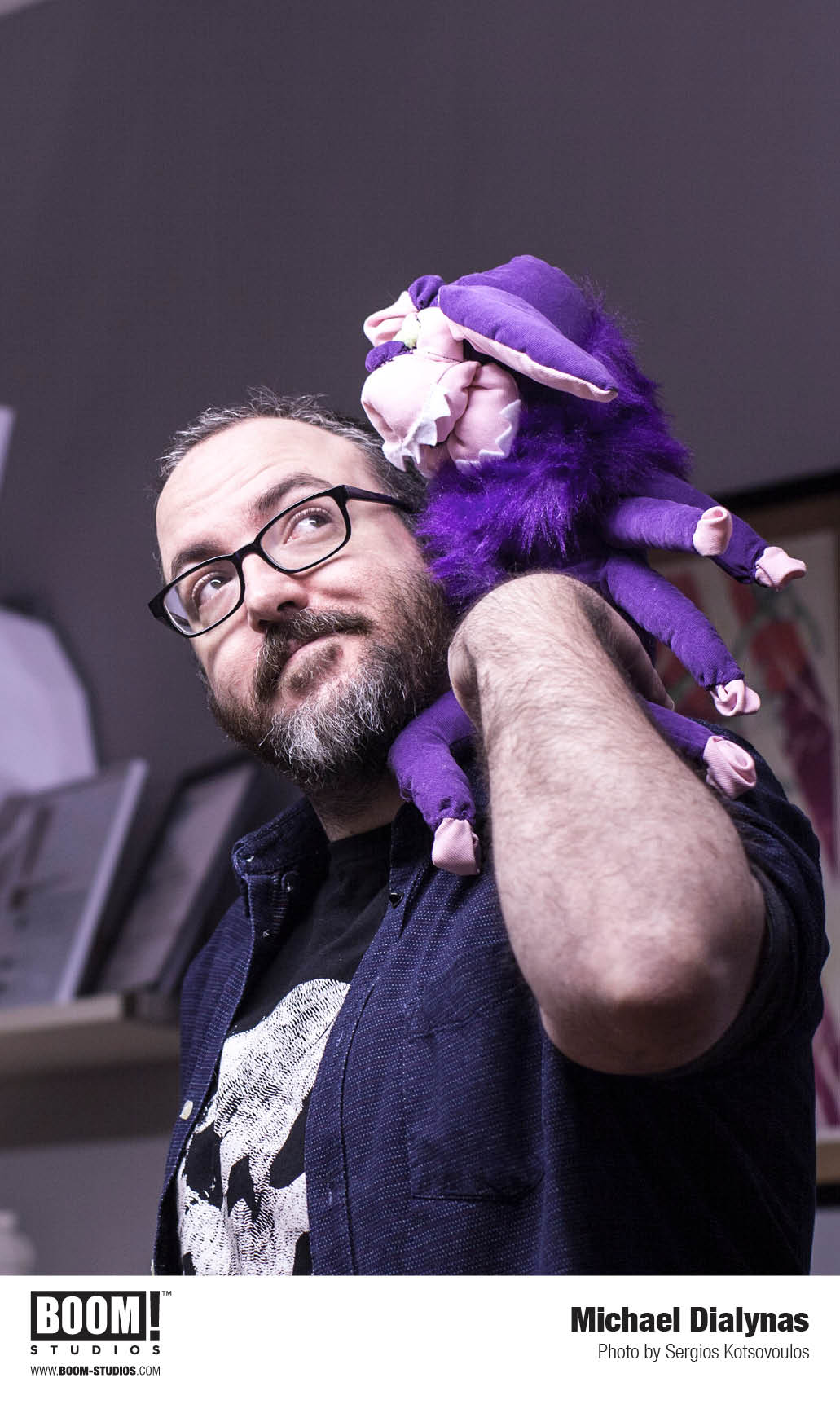 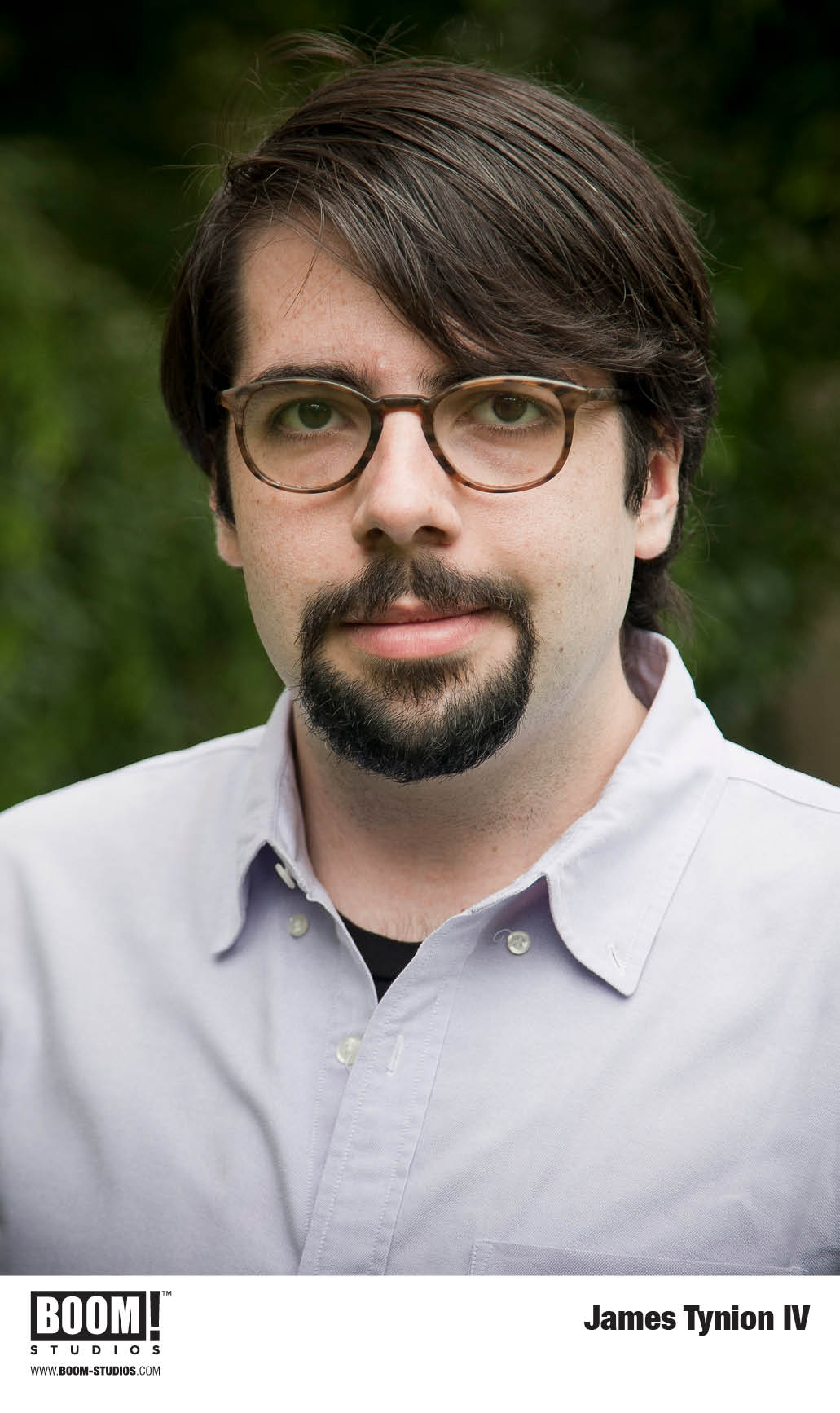 A New Look at THE SACRIFICE OF DARKNESS Graphic Novel from BOOM! Studios