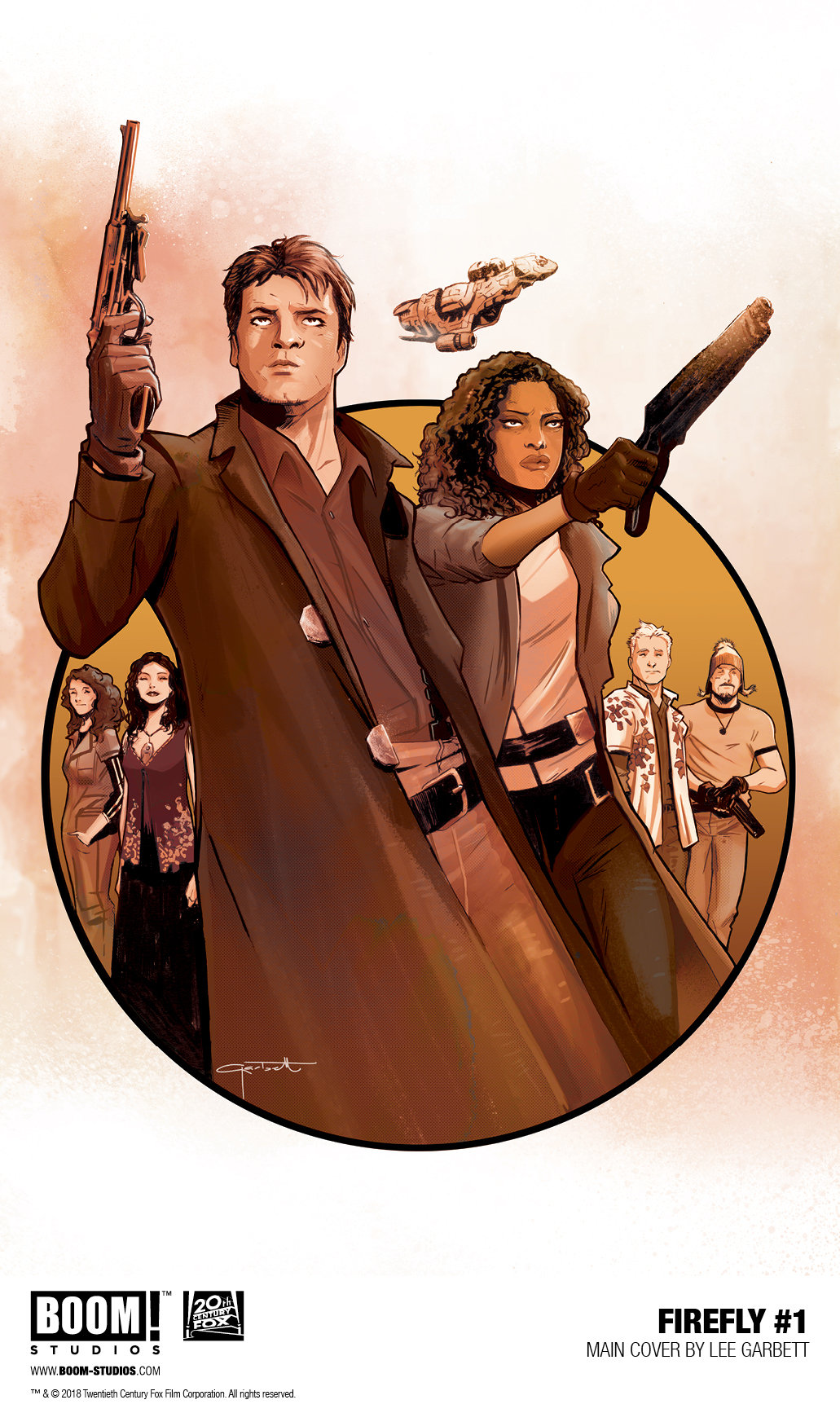 Fans are encouraged to send their e-mails with their questions and thoughts about the iconic worldwide pop culture phenomenon’s return to comic books to whedonverse@boom-studios.com with a nice, shiny “okay to print” in each e-mail. Letters received by October 15th will not only have a chance to make it in the inaugural FIREFLY #1, but will also have the opportunity to suggest a name for the shiniest new letter column in all the ‘verse. The reader whose name is selected to immortalize this piece of Browncoat history will also win a full set of all eight covers to FIREFLY #1 and all the standard variant covers to FIREFLY #2-4.

Please note that all letters received after October 15th will be considered for future issues of FIREFLY.

“Firefly is a world that has endured because it has some of the most passionate fans in the world, and we want to make sure they have a chance to officially contribute to continuation of that incredible mythology,” said Jeanine Schaefer, Executive Editor, BOOM! Studios. “We want to hear directly from you about why you’ve chosen this as your fandom, what you’re looking forward to, what your hopes are for the series, pictures of any cats or other pets named after characters (but mostly cats), etc. This is your space, and we can’t wait to hear from you!”

Created by Whedon and set 500 years in the future in the wake of a universal civil war, FIREFLY centers on the crew of Serenity, a small transport spaceship that doesn’t have a planet to call home. Mal, a defeated soldier who opposed the unification of the planets by the totalitarian governed Alliance, will undertake any job — legal or not — to stay afloat and keep his crew fed. Thrust together by necessity but staying together out of loyalty, these disparate men and women are seeking adventure and the good life, but face constant challenges on the new frontier, such as avoiding capture by the Alliance, and evading the dangers you find on the fringes of the universe.

FIREFLY #1 is available exclusively in comic shops (use comicshoplocator.com to find the nearest one) on November 14, 2018. This issue features covers from artists Lee Garbett (Skyward), Jock (Batman), Bill Sienkiewicz (Daredevil), Joe Quinones (America), the map of the ‘Verse, and the Blank Sketch Variant.