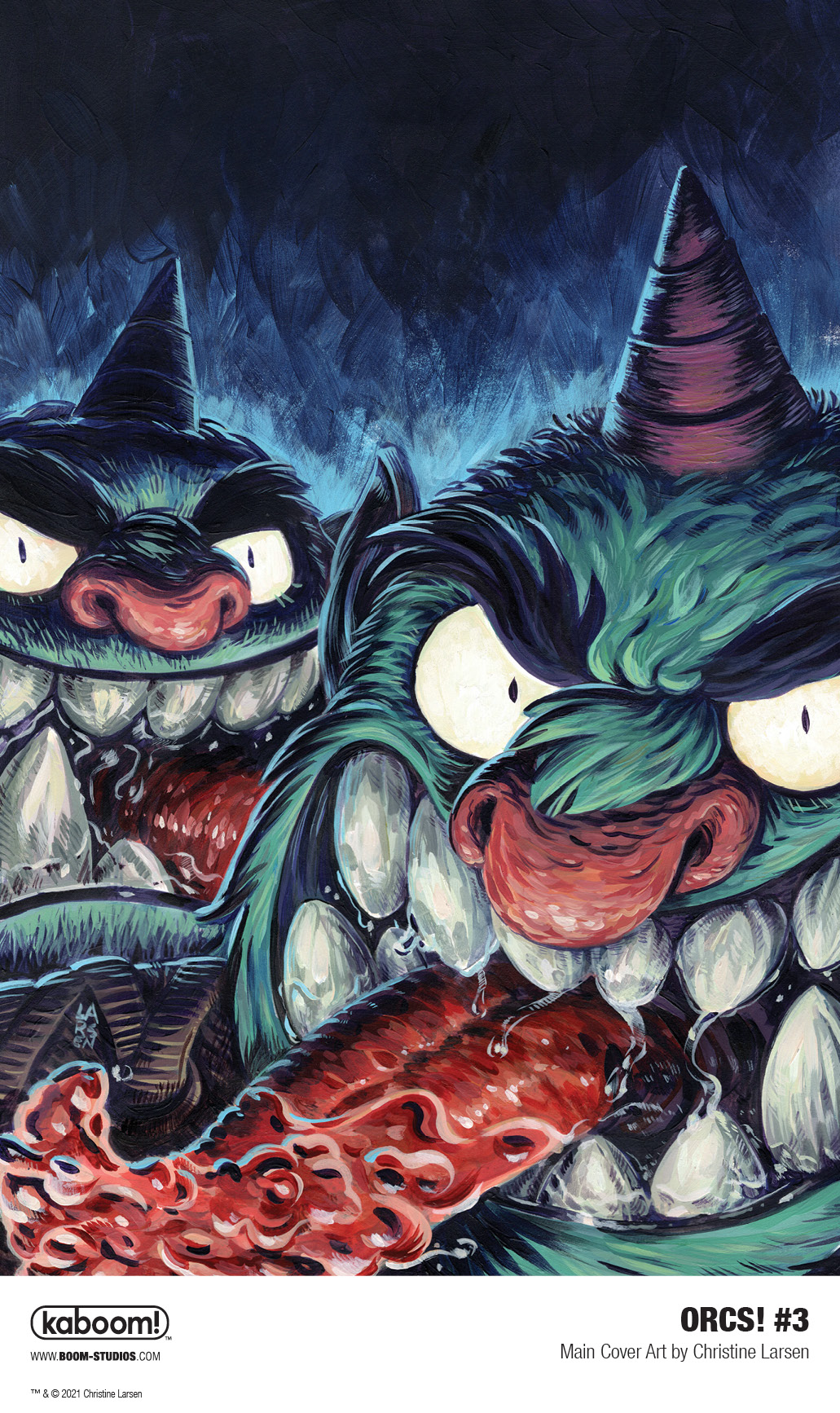 LOS ANGELES, CA (March 26, 2021) –  BOOM! Studios today revealed a first look at ORCS! #3, the next issue in the delightfully riveting original six-issue comic book series, by cartoonist Christine Larsen (Adventure Time, By Night), about a band of misfit Orcs who set off into the great, wide Known World in search of glory and gold, but find that the real treasures were the friends they made along the way.

Bog, Pez, Zep, Utzu and Gurh are off on their own, out in the Known World, and fending for themselves for the first time, which is GREAT! After all, what numbskull would mess with a pack of Orcs?! Well, hunger might. Or enchanted mushrooms. And, of course, there are folks out in the Eerieasallhel forest who are even bigger, stronger, and more bloodthirsty than Orcs are… like Trolls? Luckily, Orcs aren’t exactly known for fighting fair!

Print copies of ORCS! #3 featuring main cover art by series artist Christine Larsen, as well as variant cover art by Sweeney Boo (Eat, And Love Yourself) and Jonboy Meyers (Spawn), will be available for sale on April 21, 2021 exclusively at local comic book shops (use comicshoplocator.com to find the nearest one) or at the BOOM! Studios webstore. Digital copies can be purchased from content providers, including comiXology, iBooks, Google Play, and Madefire.

For more on ORCS! and other projects from BOOM! Studios, stay tuned to www.boom-studios.com and follow @boomstudios on Twitter. 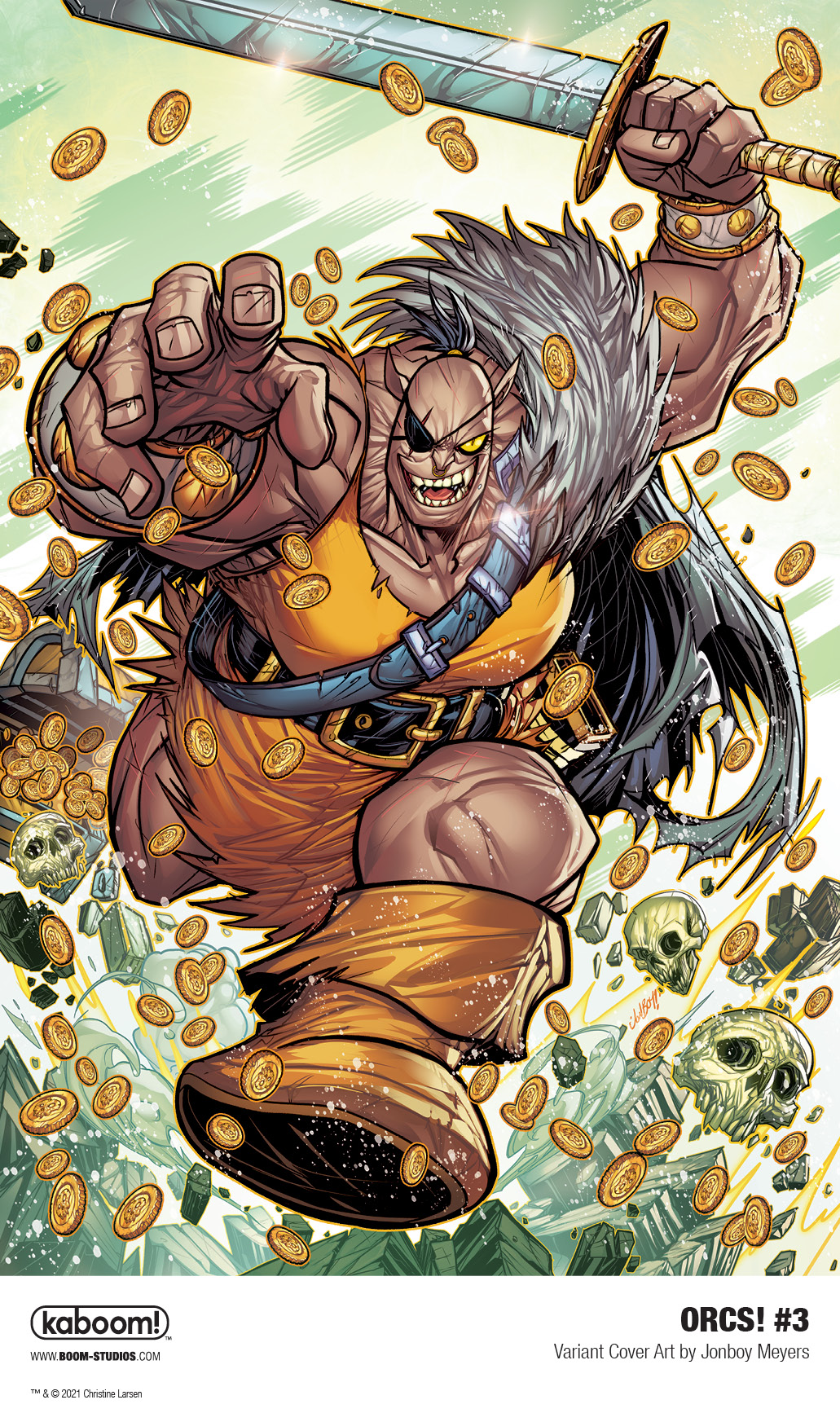 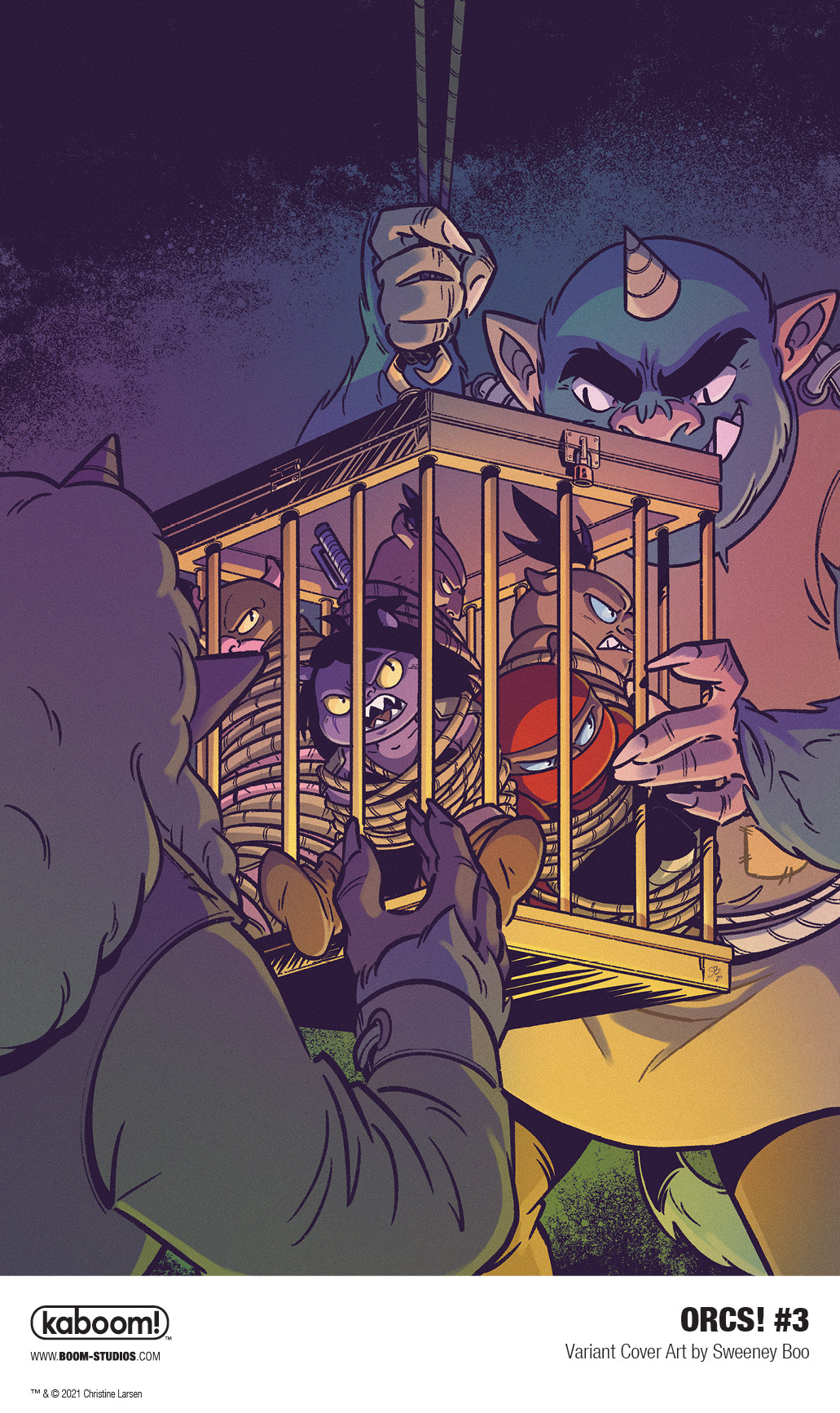 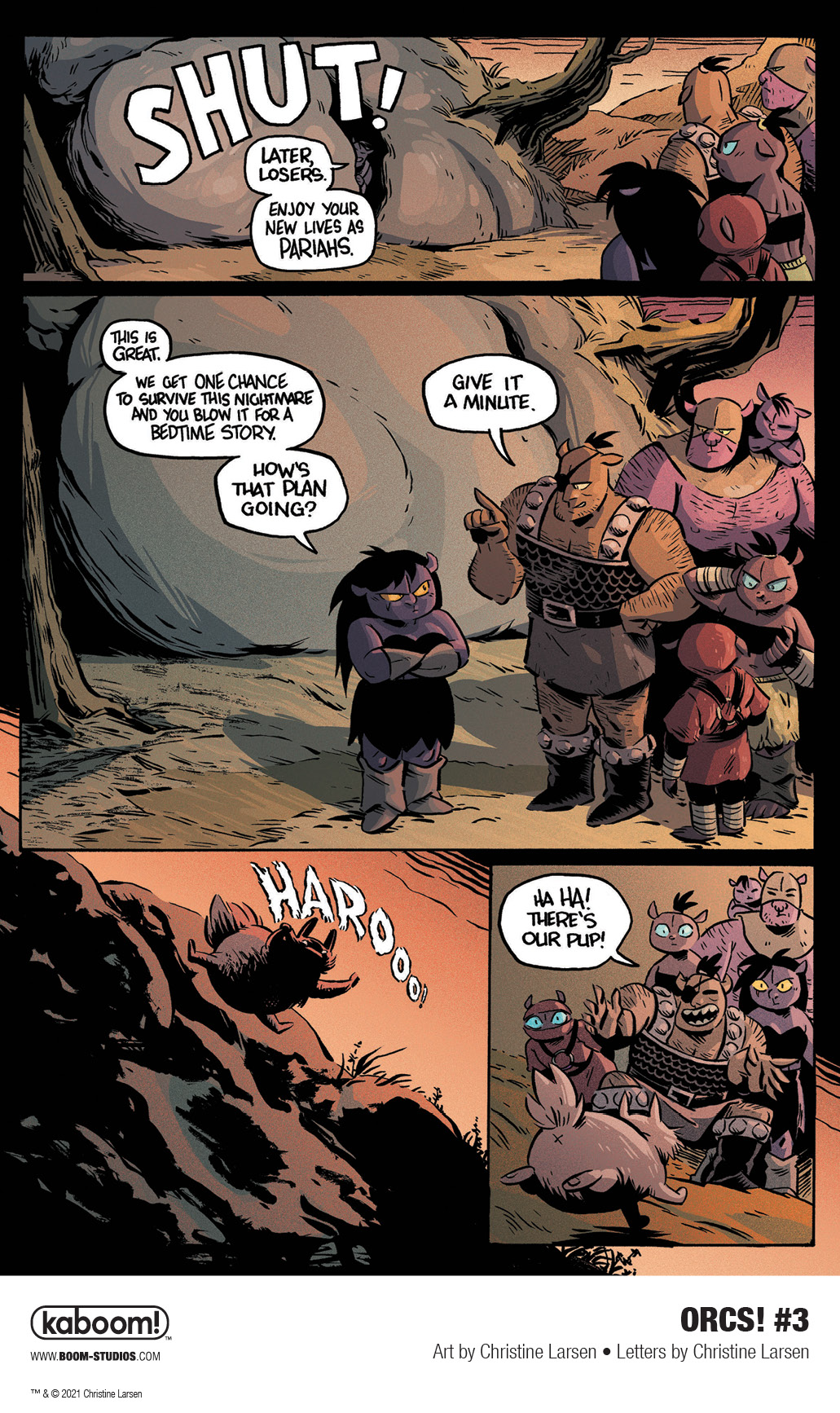 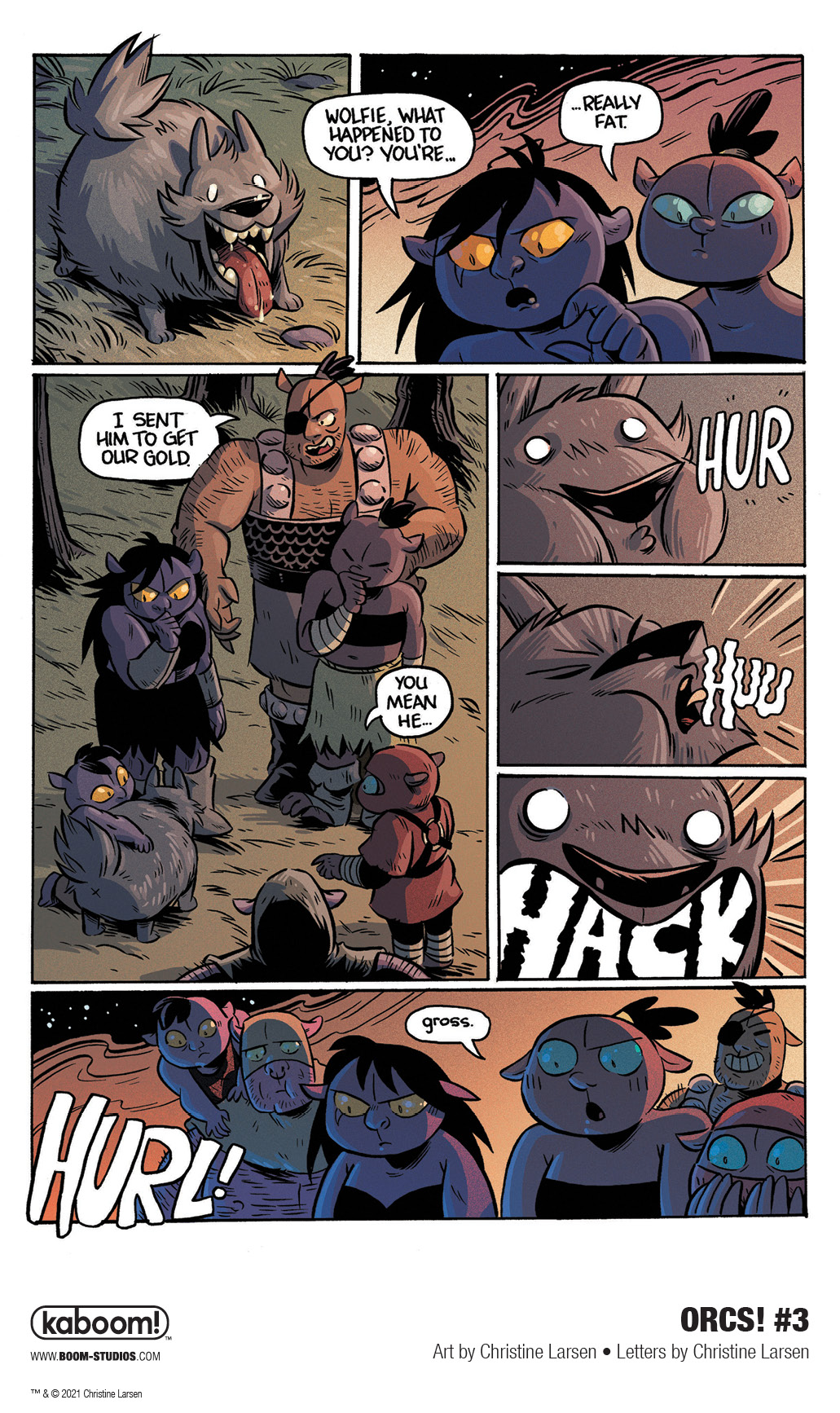 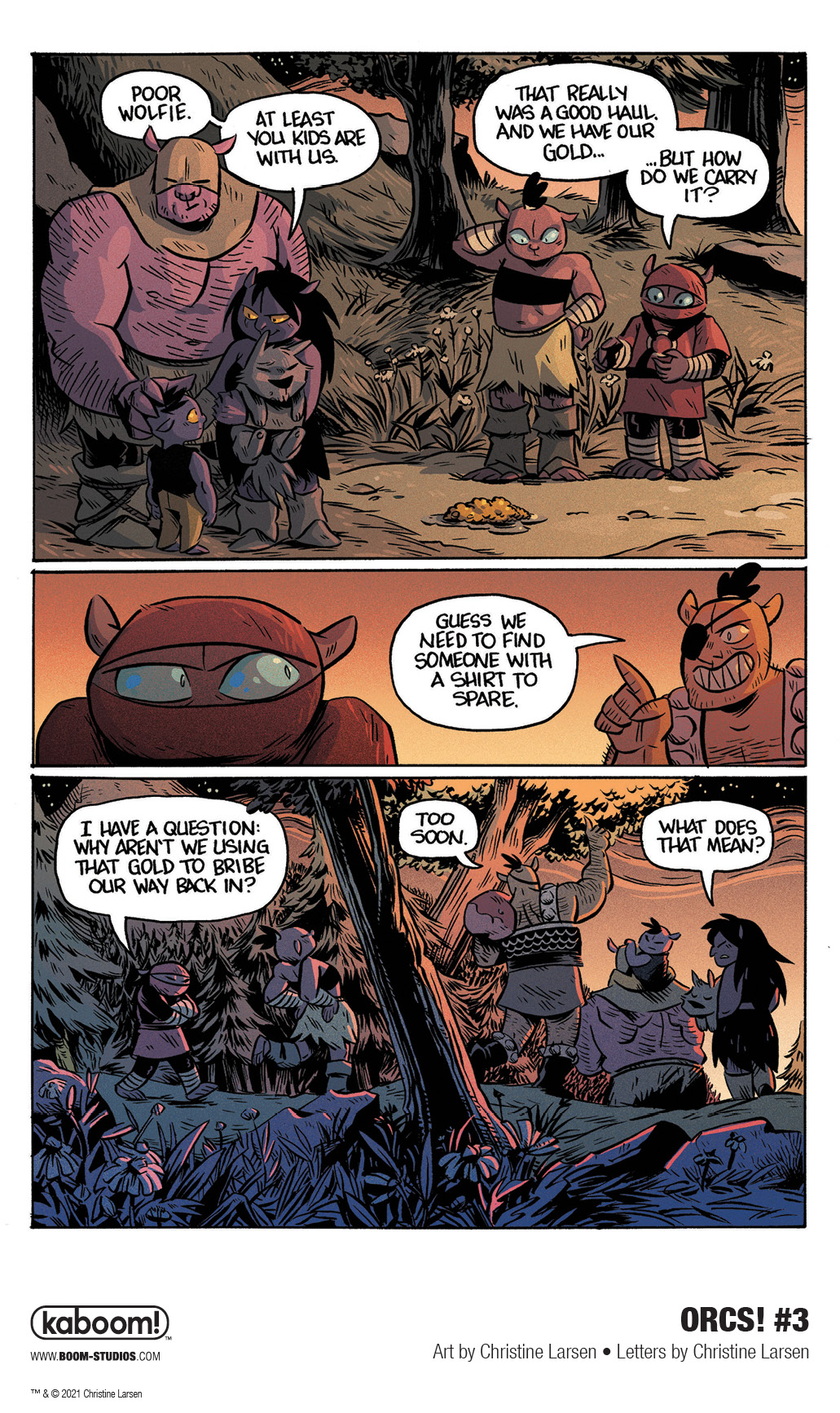 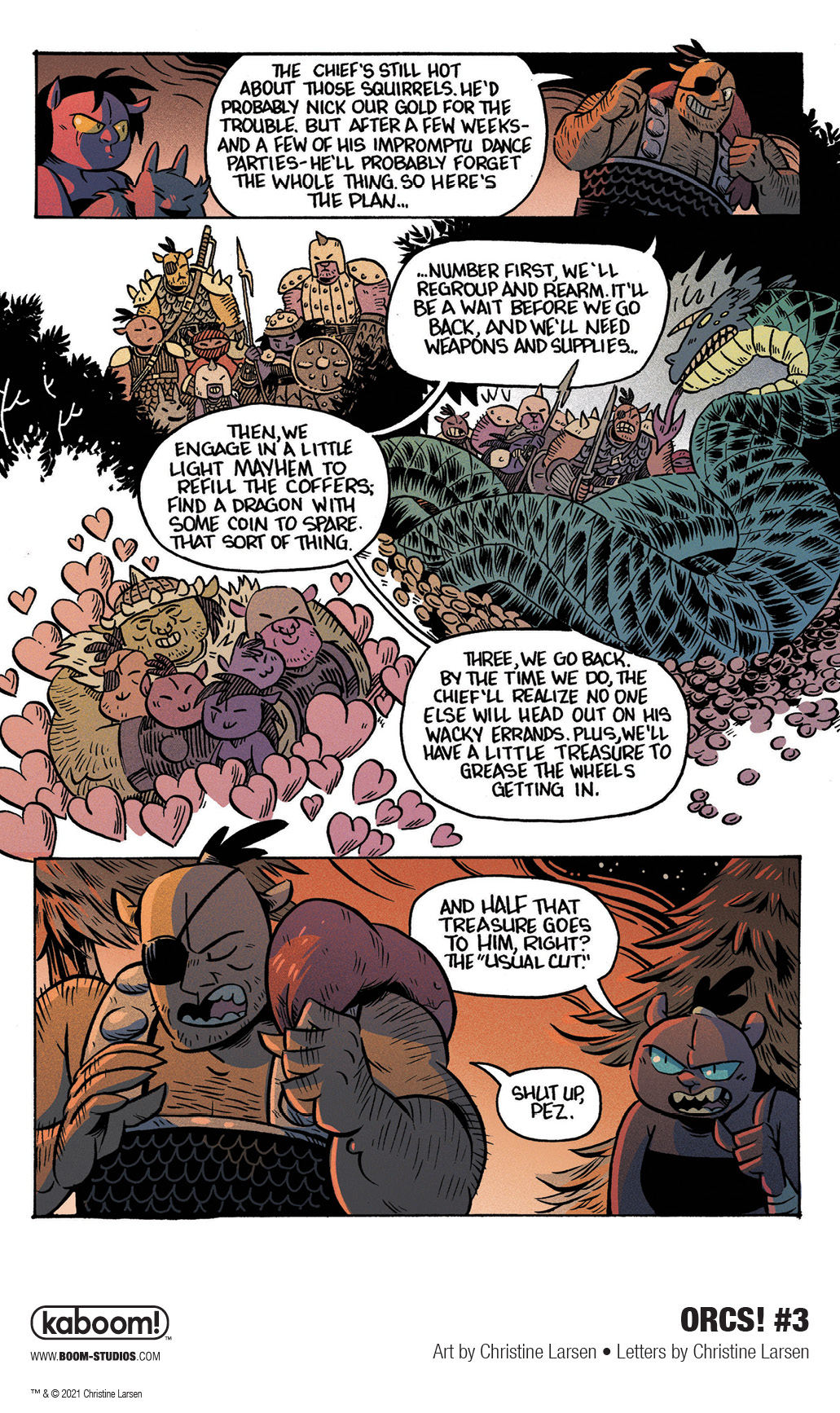 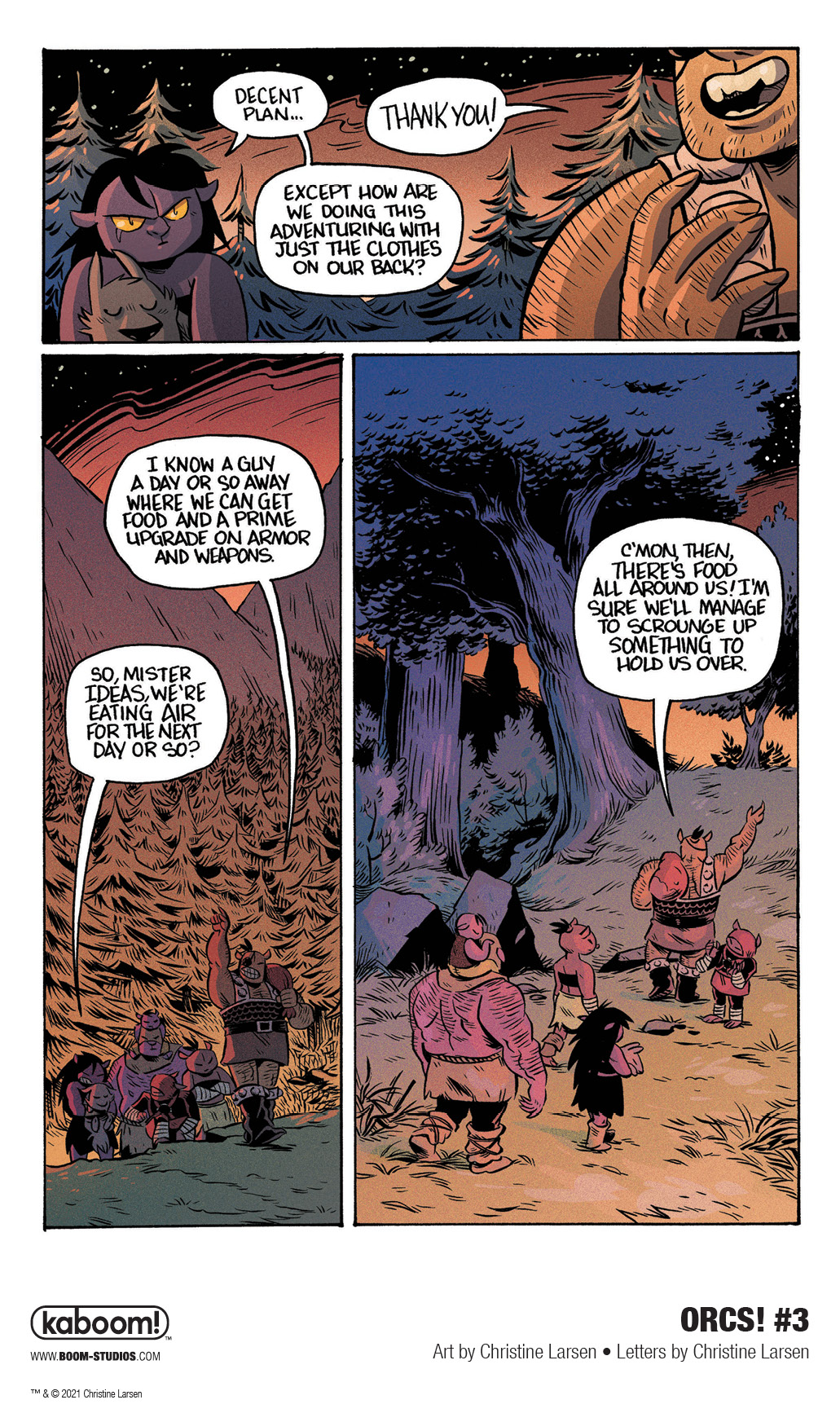