The Crinoline Crime Club Renard Rouge
Some things were just meant to be stolen and the infamous Renard Rouge is probably the one to steal them. At some point, Inspector Roget will hunt down his criminal quarry and bring them

to justice. Roget has been after the wily thief for many years though this is probably not going to be the time he finally catches them.

The somewhat famous, Inspector Roget has been tasked with protecting an exhibition of the Kugelbrecher Diamond. It’s a real shame then when the infamous thief known as the Renard Rouge happens to steal it from right under his nose. Roget gives chase across the rooftops but it turns out that there might be more to all of this than he expects.
By Steve Stamatiadis
Magazine Type Comic
Full Color
Page Count: 32
Digital $2.99
Print $9.99 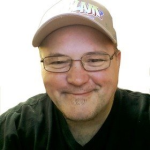