Gaska Brings Two Decades of Experience to a Newly Appointed Position with the St. Louis Publisher 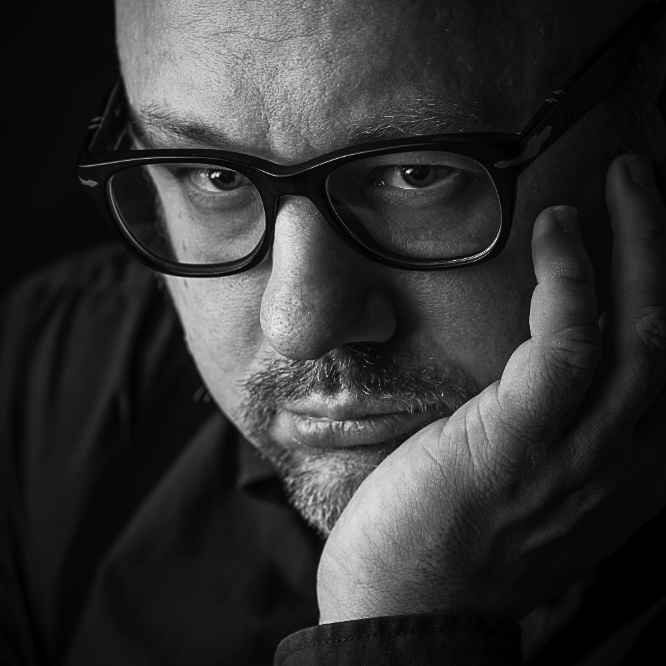 ST. LOUIS, MO—Lion Forge continues to expand in original content development for both publishing and entertainment with the announcement that franchise continuity and development veteran Andrew E.C. Gaska has joined the Pride as senior development editor.

“Over the past year, I’ve had the pleasure of contributing to and creating several series bibles for projects in development at Lion Forge,” says Andrew E.C. Gaska. “In the process, I’ve enjoyed a great synergy with the company, and we decided it was time to take our relationship to the next level.”

“Andrew’s work with Carl Reed and our Labs team has earned him respect throughout the organization, and we are thrilled he will be joining us full time as we step up our development efforts,” says Lion Forge founder and CEO, David Steward II. “With his extensive background in caring for some of the most beloved franchises in science fiction, there is no one more qualified to lead the efforts in creating and developing our own properties to ready them for audiences around the world.”

“In this newly created position, I’m responsible for the creation and development of new intellectual properties at Lion Forge. I will not only be writing for these projects but also guiding the creative process through to completion,” says Andrew E.C. Gaska. “Tackling animation and comics from an author’s perspective and with an artist’s approach, I’ll be working closely with the creative teams and studios involved to ensure that both our vision and theirs are not lost in the translation.” That is not all Gaska will be doing at Lion Forge. “Because of my longtime experience working directly with licensors, I am also now part of Lion Forge’s Licensing team,” he says. “Our goal is to bring both new and legacy franchise projects to life under our banner. Additionally, I’ll be working with [Lion Forge director of education outreach and collections] Jill Gerber to bring historical and educational projects to life as graphic novels. This is an exciting time at Lion Forge and I’m grateful for the opportunity to be a part of it.”

With two decades of experience in the comics and video game industries, author Andrew E.C. Gaskais the senior development editor at Lion Forge LLC. Having previously freelanced for Lion Forge’s Labs division as a script, pitch, and proposal writer, he now generates original IP for the brand, developing both comics and animation projects while working closely with creative teams to guide their vision to fruition.

He is founder/creative director of the guerrilla integrated media studio BLAM! Ventures and has worked as a freelance franchise consultant to 20th Century Fox for the past three years, writing series reference bibles, maintaining continuity, streamlining in-universe canon, and creating detailed timelines for the legacy franchises of Alien, Predator,and Planet of the Apes. Andrew was a production assistant and colorist for Vanguard Productions, where he restored valuable comic and genre artworks for archival reproduction. He was also a sequential storytelling instructor at the School of Visual Arts in New York, and he served as a visual consultant to Rockstar Games for seventeen years on theGrand Theft Auto series, Red Dead Revolver, and all other releases.

Known as “Drew” to his friends, his online sci-fi and sociopolitical essays on social media and rogue-reviewer.com draw controversial debate and discussion from all sides. His graphic novels and prose works include Critical Millennium: The Dark Frontier, Space: 1999—Aftershock and Awe, Classic Space: 1999—To Everything That Was, HAWKEN: Melee,Buck Rogers in the 25th Century: The Draconian Fire Saga, Conspiracy of the Planet of the Apes, Planet of the Apes: Tales from the Forbidden Zone, and the upcoming novel Death of the Planet of the Apes.

Lion Forge Labs is a creative services group that specializes in storytelling using comics, animation, and gaming. A sister company to Lion Forge Comics, Labs partners with clients to develop branded content, communications, and educational programs, in which the central story delivers their audiences both key facts and an emotional connection in a fun, highly memorable way.