As first revealed at The Brazen Bull, the Eternal Warrior lets loose in the INCURSION #2 preview!

The epic first issue dropped last week and it was only a taste of what’s to come! Alex Paknadel, Andy Diggle, and Doug Braithwaite’s INCURSION is a can’t-miss event as it introduces a brand-new threat to the Valiant Universe while putting Gilad and the Geomancer front and center!

Haven’t read the critically acclaimed INCURSION #1 yet? Read it HERE!

There is only one world left to conquer…

Entire planets have suffered and died at the cold, close-fisted hands of the alien Imperatrix Virago—and now her gruesome sights are set on our world. As Earth’s chosen protector, the Geomancer named Tama fights for her life, while the Eternal Warrior goes on the ultimate mission through the perilous realm of the Deadside to find the secret to saving her…and the entire planet in the process. 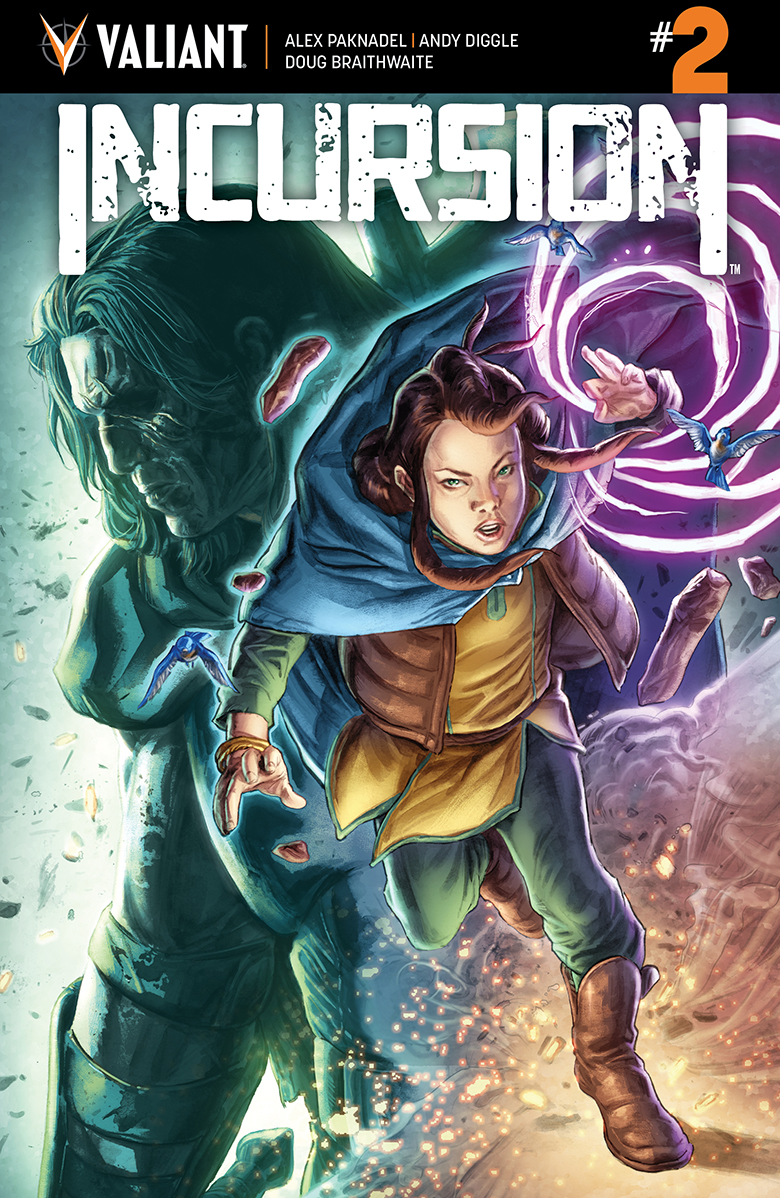 INCURSION #2 Cover A by Doug Braithwaite and Diego Rodriguez 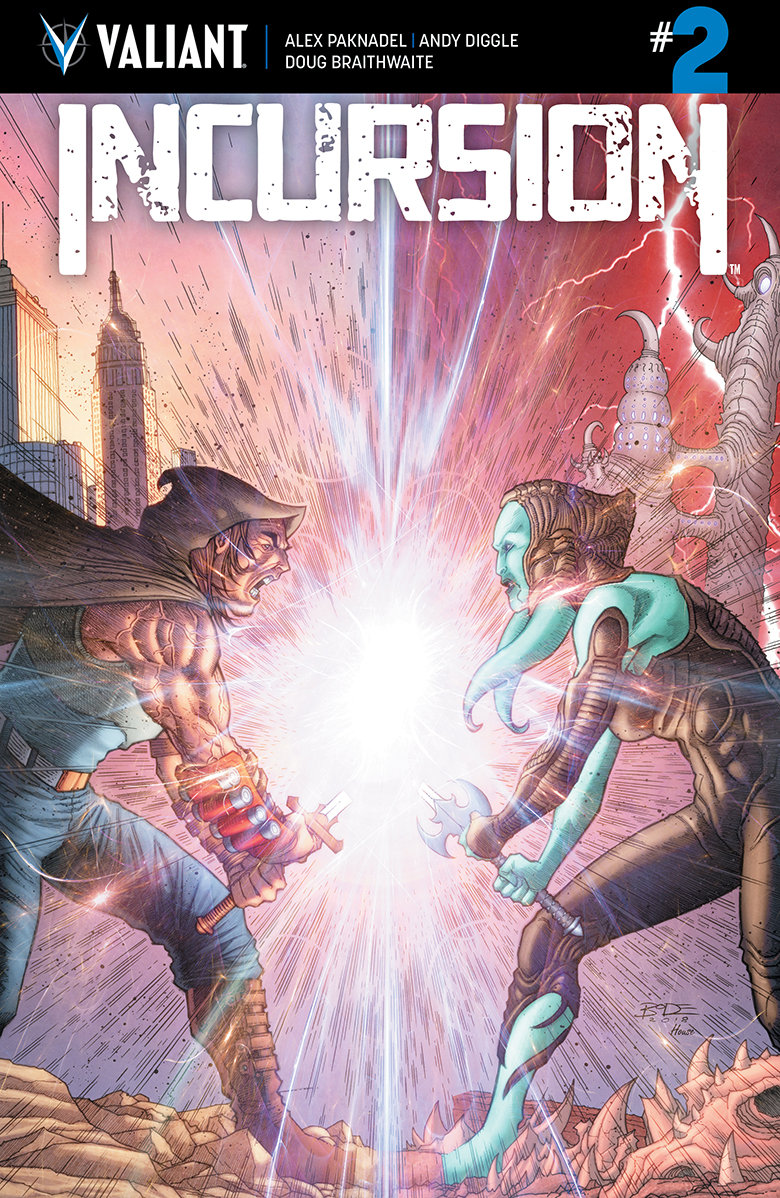 INCURSION #2 Cover B by Ryan Bodenheim 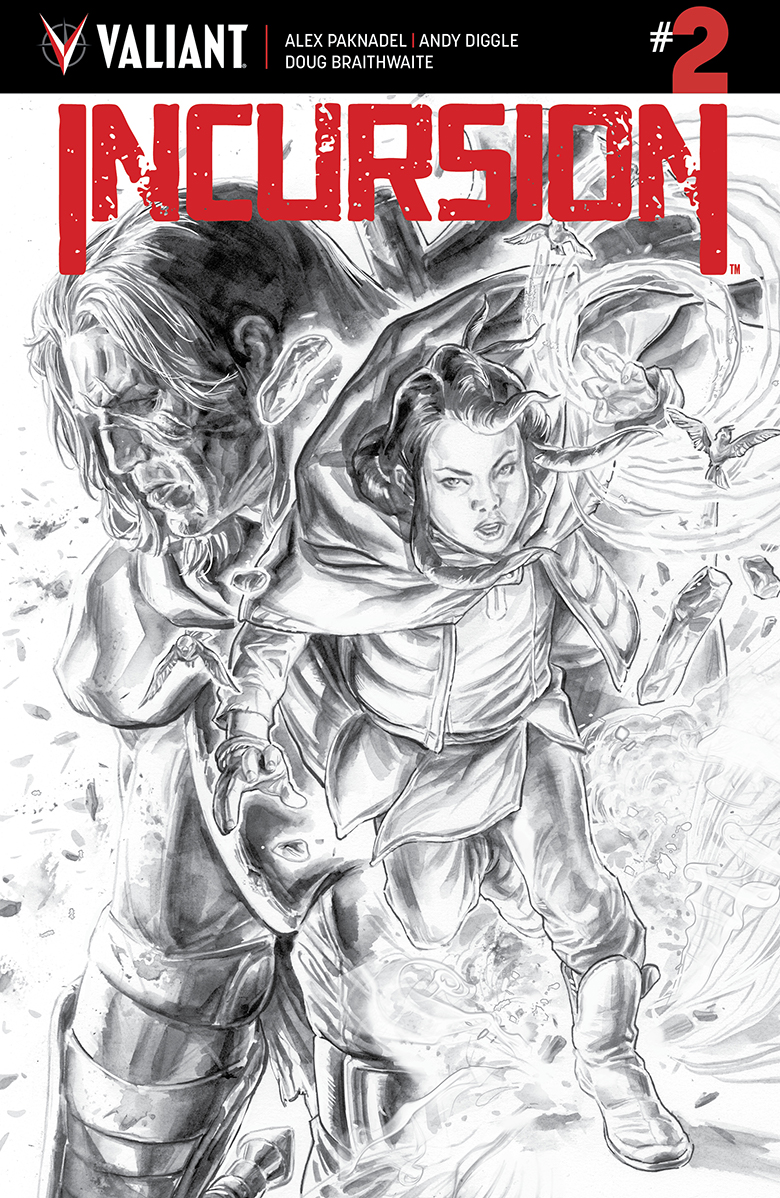 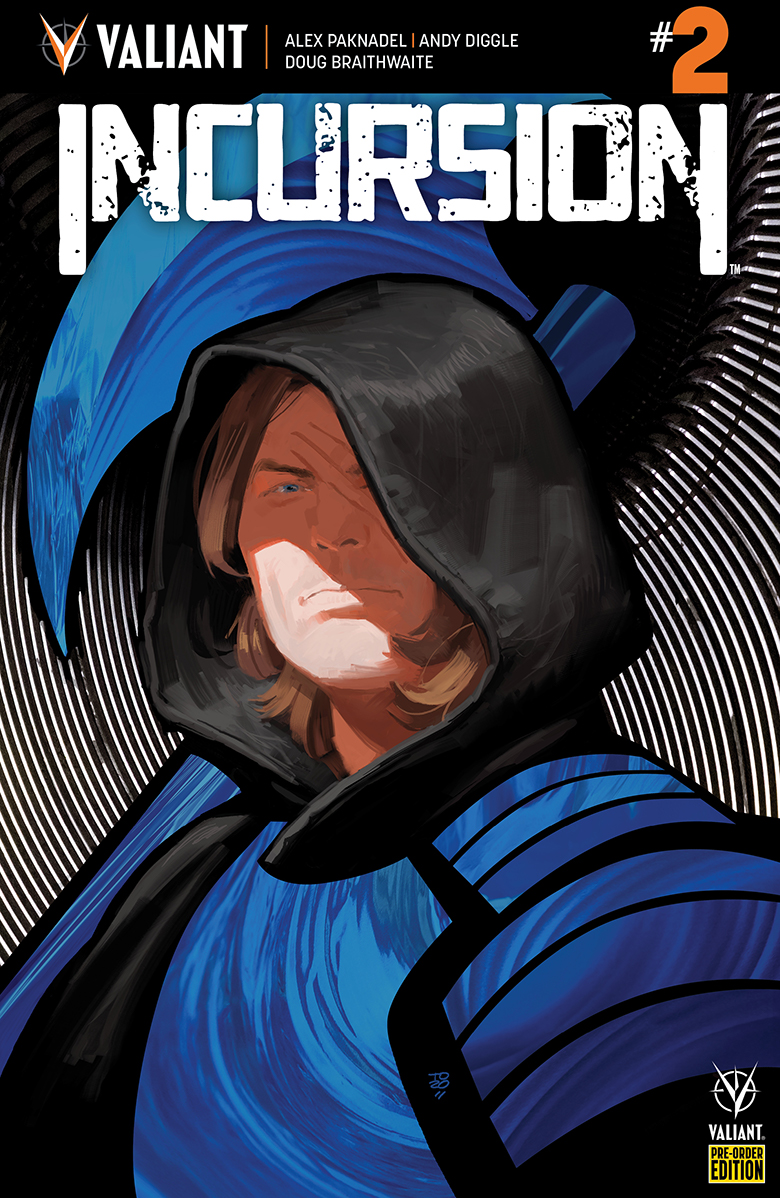 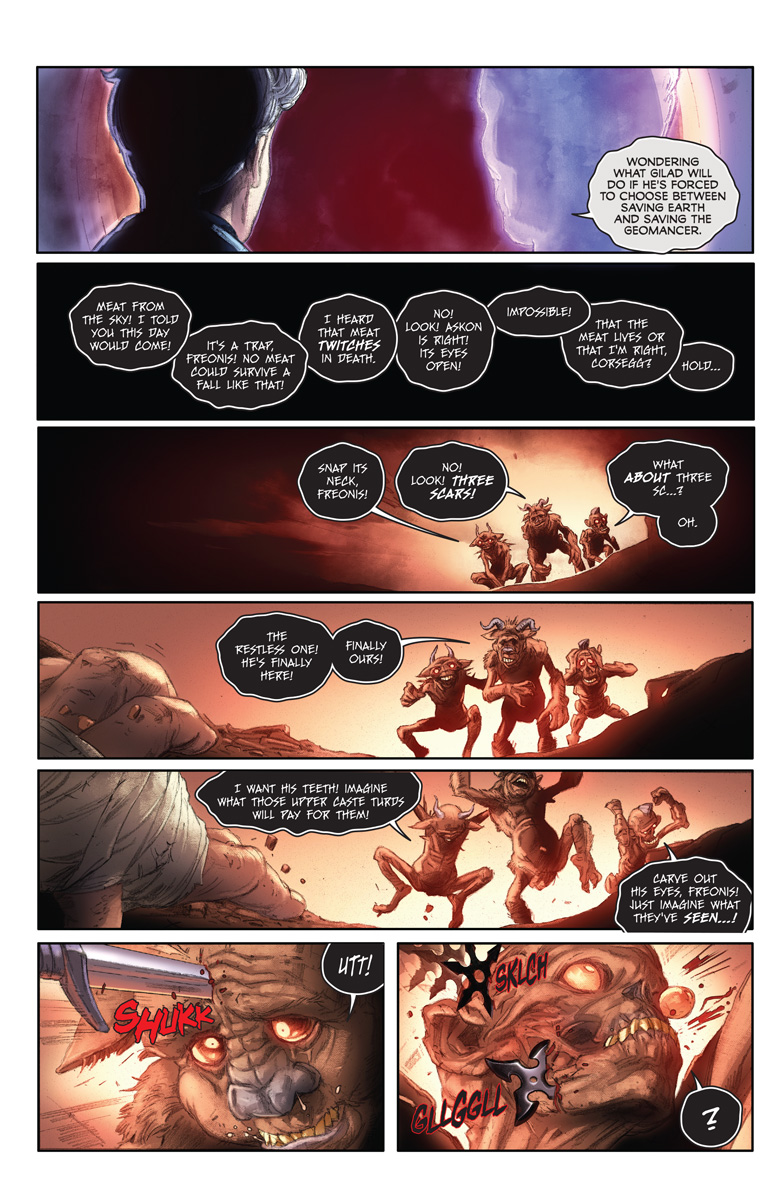 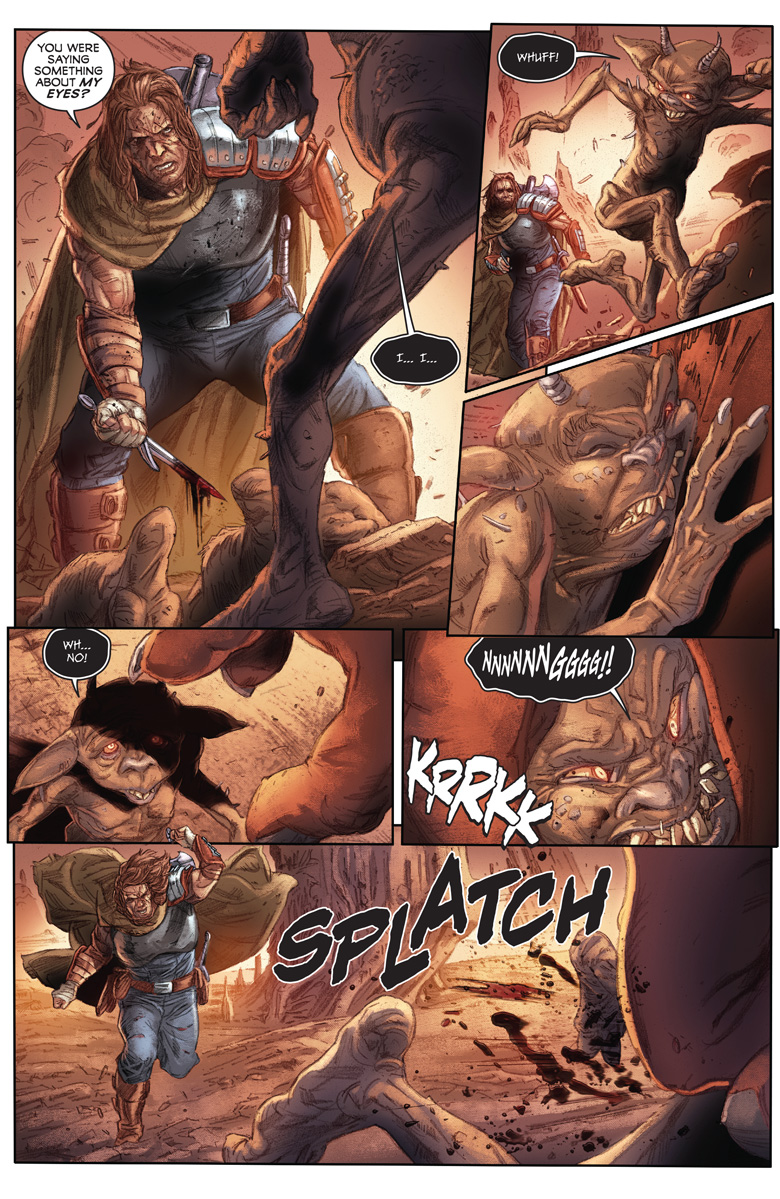 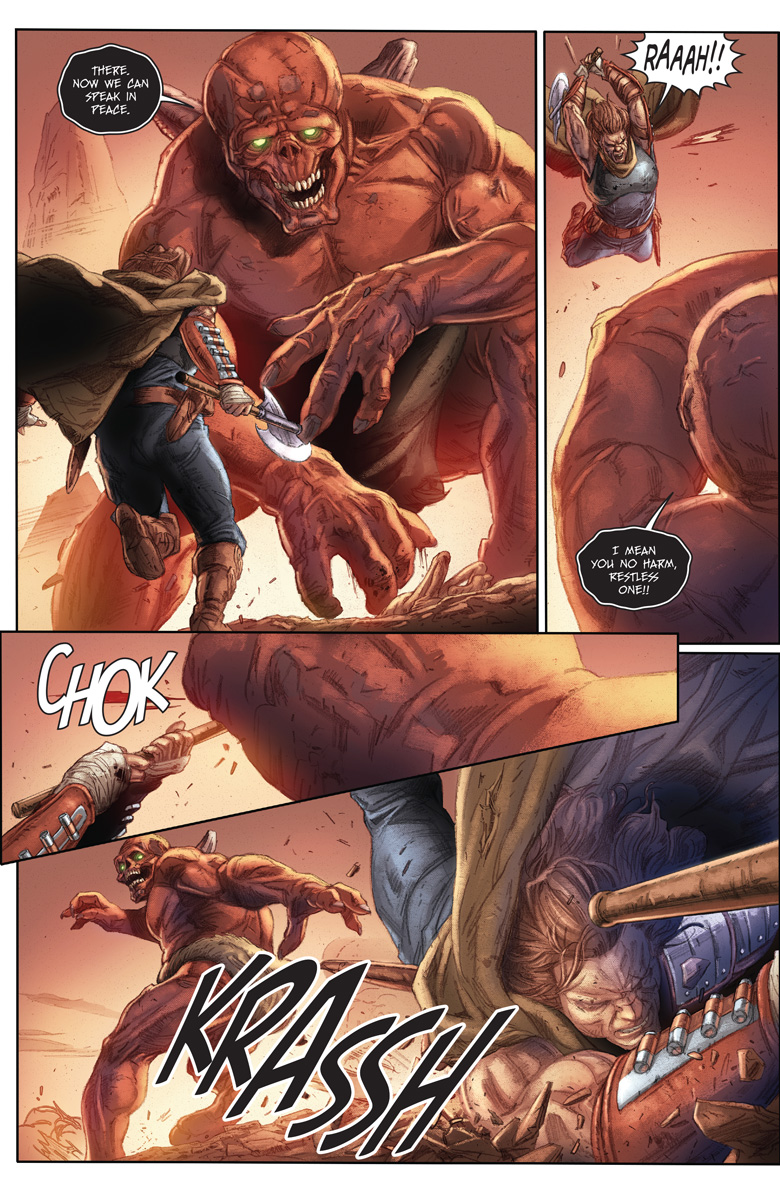 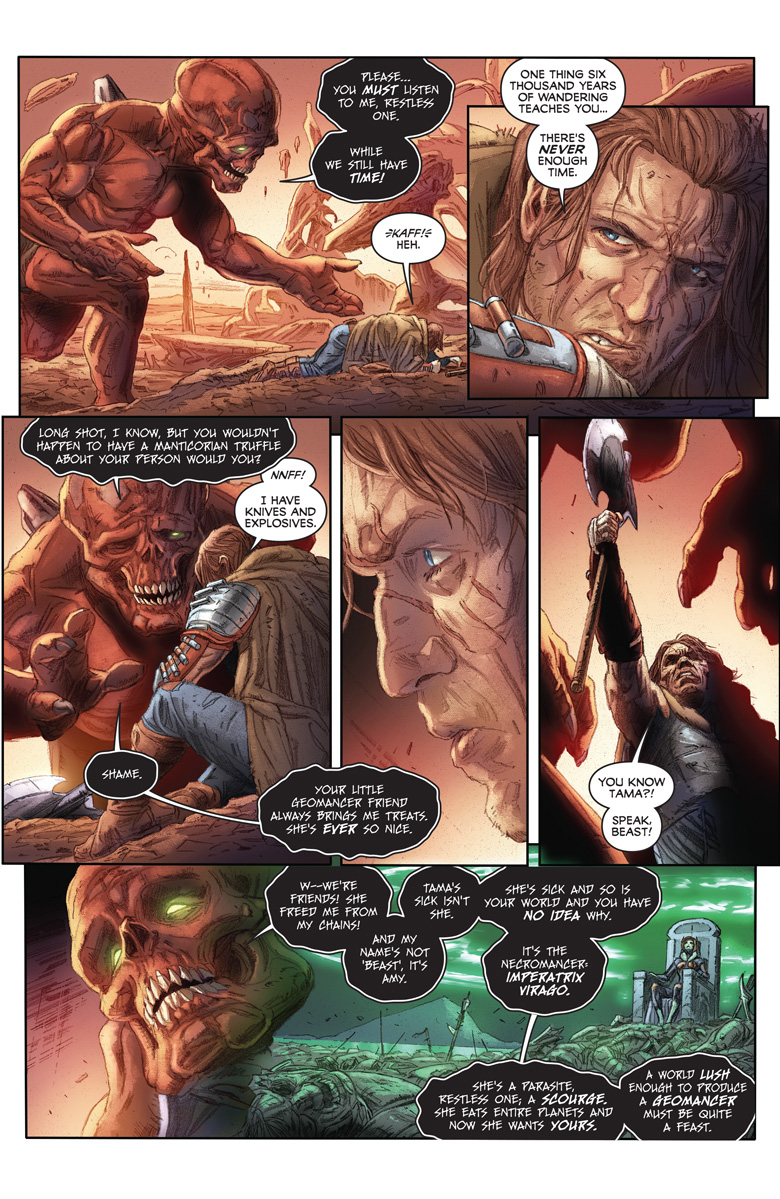 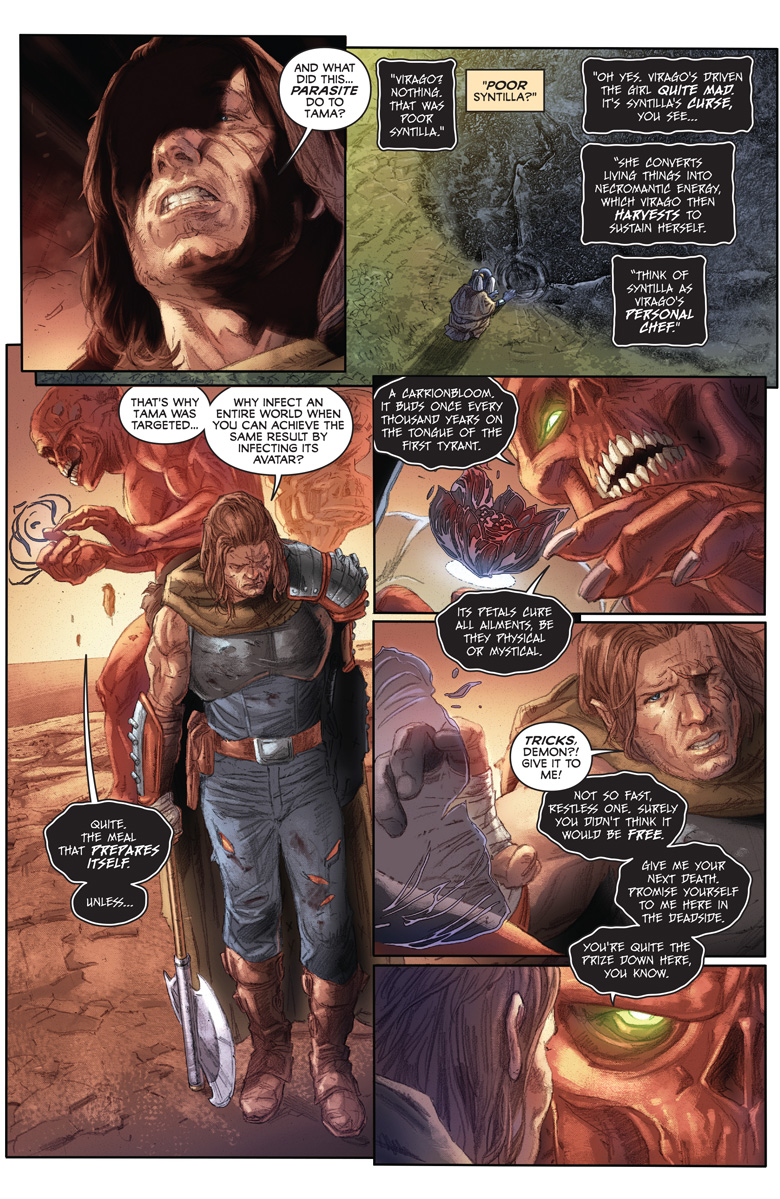