PORTLAND, OR (April 3, 2018) – IDW Publishing’s groundbreaking print-only 200-page Comics & Culture hardcover “magazine,” FULL BLEED, took Kickstarter by storm at the end of 2017, and launched this spring to critical and commercial success, with an unprecedented publication, and a unique distribution plan. Premiering today on Kickstarter is the new volume of the flagship publication from IDW’s Portland satellite office: FULL BLEED VOL. 2: DEEP CUTS! 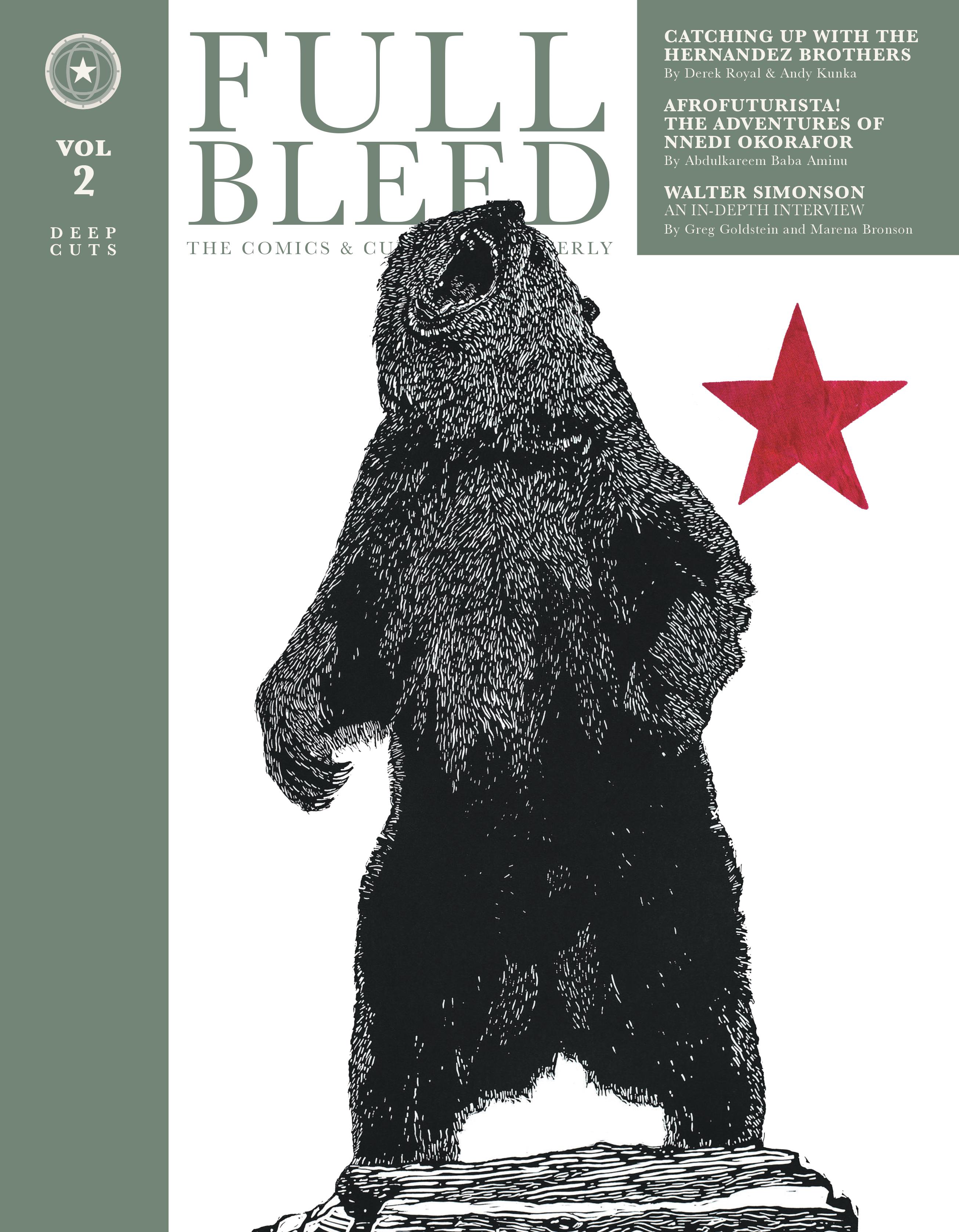 “It’s been so gratifying to see the response to the first volume,” said Creative Director Dirk Wood, “but we’re just getting started here. As much as we loved how the first one turned out, this one takes it up a notch.”

The second volume contains such diverse content as; interviews with comic legend Walter Simonson, noted author Nnedi Okorafor, and Gilbert & Jaime Hernandez of Love and Rockets fame; features on war photographers, traveling in Iceland, punk rock legends, old comic shops and the illuminati; new comics about the gods of ancient California, rock and roll concerts, and U-Boats; more new short fiction stories from noted authors; political rants from famed cartoonists, and more. It’s clear that the gauntlet laid down in the first volume was no fluke, and FULL BLEED promises to be a “coffee table magazine” the likes of which we’ve never seen before.

Continuing Mission Statement: FULL BLEED is a quarterly, print-only 200-page hardcover magazine, curated and edited by IDW Publishing’s Dirk Wood alongside CEO and founder, Ted Adams. Bringing together the very best in comics, fiction, non-fiction, in-depth interviews, opinion, history, think-pieces and more, FULL BLEED will be a reading experience like no other. This gorgeous hand-crafted cultural document will be a welcome addition to any bookshelf. Shot through an international lens, but filtered through the unique perspective of the IDW:PDX satellite office in Portland Oregon, FULL BLEED will tackle all aspects of the creative culture, and beyond — comics, music, film, television, fine art, photography, design, politics and more. FULL BLEED seeks true and total diversity through it’s content, creators and contributors, as well as genre and format.