SAN DIEGO, CA (October 5, 2020) – Even though conventions are being held virtually this year, it doesn’t mean that fans have to miss out on engaging panels or the hunt for hot new collectibles! This week, IDW welcomes you to enjoy New York Comic Con x MCM Comic Con Metaverse from the comfort of your own home with a pair of wildly insightful creator panels, convention exclusive comic variants, and more surprises!

“Thanks to the generous participation of our talented creative partners, IDW can still be a part of your New York Comic Con experience this year,” says Nachie Marsham, IDW Publisher. “We’re thrilled to highlight our fan-favorite Locke & Key and Sonic The Hedgehog comics in virtual panels, and hope that fans worldwide will tune in and enjoy!”

Throughout the event, IDW will also run a special contest for fans to win one of each of IDW’s NYCC 2020 convention exclusive comic book variants — to enter, simply enter your email address at our NYCC web store.

Full details for all of IDW’s panels and exclusive products for New York Comic-Con are available below!

Don’t worry if you miss the panel when it first launches — the best thing about NYCC’s virtual nature is that you can watch any and all programming at your leisure from the comfort of your own home, anytime you want!

Unlock what’s next in the world of Locke & Key, now a hit Netflix original series! Join New York Times best-selling author Joe Hill (Full Throttle, NOS4A2, Dying is Easy) and legendary artist Gabriel Rodríguez in conversation with series editor Chris Ryall, as they welcome you back to Keyhouse. Be the first to hear more about the next wave of comics and graphic novels in the Locke & Key franchise! 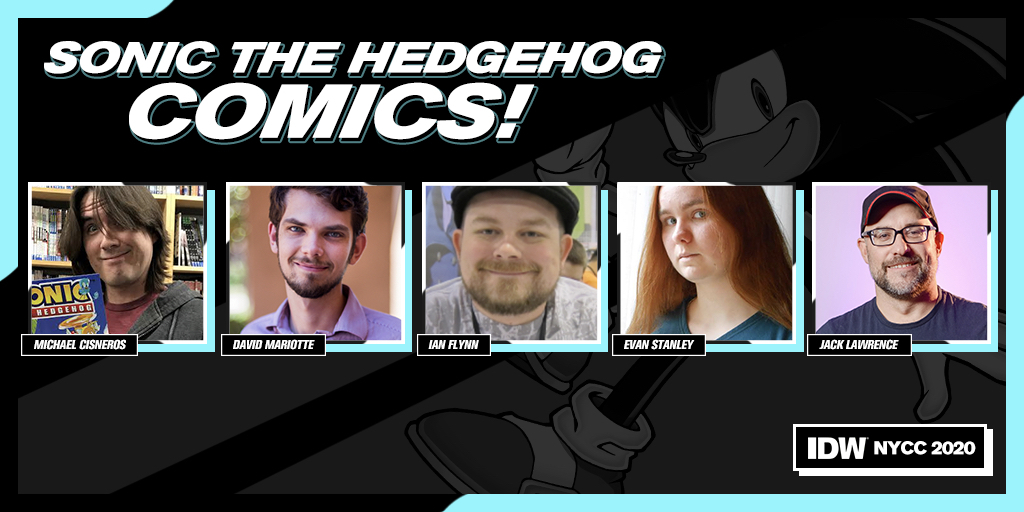 Go fast with Sonic the Hedgehog comics! Join the IDW writers and artists who bring your favorite blue blur to life, one panel at a time. Learn more about what artist and writer Evan Stanley has in store for the ongoing series. Plus, find out what the bad guys are up to in Sonic the Hedgehog: Bad Guys with writer Ian Flynn and artist Jack Lawrence. Moderated by Sonic editor David Mariotte and featuring SEGA of America’s Licensing Manager, Michael Cisneros!

All new convention exclusives will be made available to order beginning Thursday, October 8th, with two surprise items becoming available on Friday, 10/9, and Saturday 10/10, respectively. IDW is offering free domestic shipment on all orders of $35 or more. Visit IDW’s convention webstore here to place orders — but hurry, these hot comics are only available while supplies last, and the web store closes at midnight on October 11th! 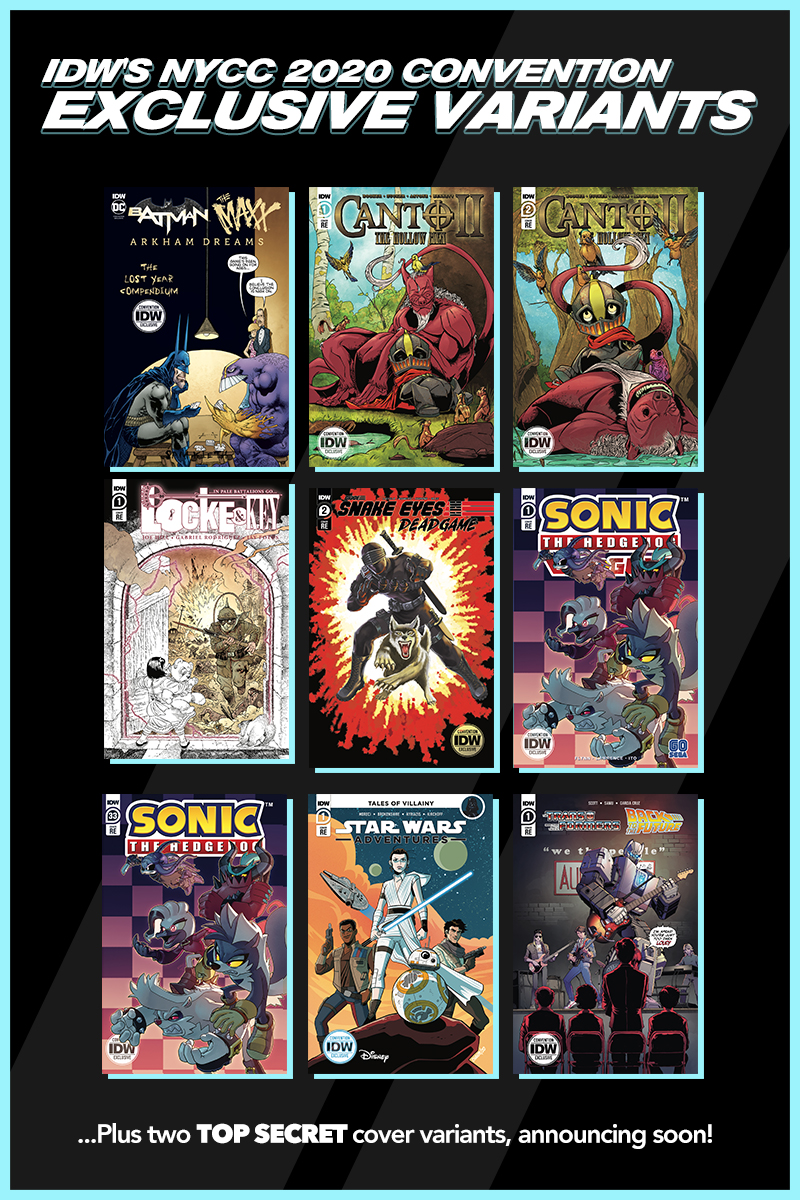