SAN DIEGO, CA (June 16, 2022) – Cerebral horror visionary and New York Times best-selling author Stephen Graham Jones, writer of acclaimed genre favorites The Only Good Indians and My Heart Is a Chainsaw, ventures deep into the bloody terrain of American colonial history this October with the launch of his new ongoing comic book series Earthdivers from IDW. With art by Davide Gianfelice (Ghosted, Daredevil: Reborn), colors by Joana Lafuente, and lettering by Steve Wands, Earthdivers was announced in April as part of the upcoming slate of original titles from IDW set to launch throughout 2022 and beyond.

Set in a postapocalyptic near future, Earthdivers follows a small group of Indigenous survivors who time-travel to prevent the creation of America and retroactively save the world from destruction. In each arc, they will target a pivotal point in history, beginning with a mission to kill Christopher Columbus in 1492.

About his inspirations and themes, Jones is unequivocal. “A lot of us here in America who have been forcibly dispossessed, had genocide attempted against us, then been continually erased from history books, we’ve got a bone to pick with one of the people instrumental in facilitating all that: Christopher Columbus.”

“If you could go back in time,” Jones continues, “deal with one of your bullies, really put them in their place, then…maybe you do that, right? For American Indians, there have been a lot of those bullies we’d like to go back and put in their place, and Columbus is first on that list.”

Reflecting on the practice of bringing this high-stakes world to life, artist Davide Gianfelice explains, “What I like most about drawing Earthdivers is the depth of feeling of the protagonists. Often they face very difficult and extreme situations, and I wonder what I would do in their place. I’m not ashamed to say that sometimes a shiver runs down my spine thinking about it.”

As well as a fantastical exploration of America’s history (and future), Earthdiversis a cautionary tale about the need for an expanded environmental consciousness and the perils of impending climate disaster.

“Earthdivers teaches us a very important thing,” says Gianfelice. “We must take care of the place where we live and the people who live there, and right now, we are slowly destroying both. We may not get any second chances, but we do still have time to prevent all this from happening.”

“Postapocalyptic stories are always cautionary tales,” Jones elaborates. “Stories give us devices like time travel as a way of dealing with poor choices and regret. History isn’t written in stone. Or if it is? Then go back, scratch it out. Write something better.” 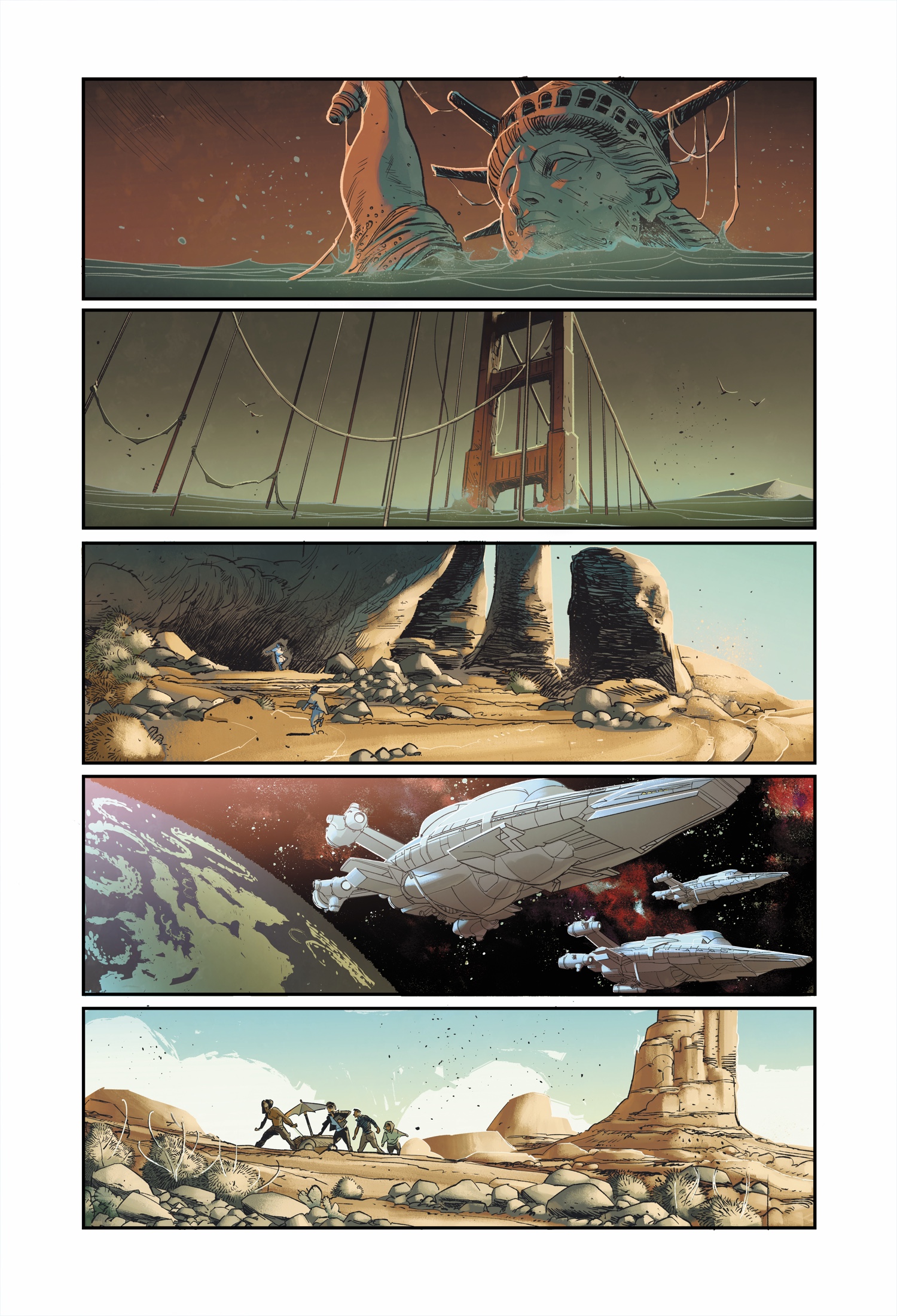 “Earthdivers is one of the most creatively rewarding comics that I’ve edited, and I can’t wait to share this experience with readers. The story fully commits to its killer premise, but in ways you won’t predict and can hardly imagine. Stephen and Davide are delivering a feast of genres—sci-fi, horror, supernatural thriller—all thoughtfully connected by a tragic love story that spans centuries. You’re going to look back and laugh at your own expectations because this book blows them out of the water with each passing issue,” says editor Maggie Howell.

Earthdivers #1 will be available with four variant covers for fans and retailers to enjoy, including Cover A by American Vampire’s Rafael Albuquerque, Cover B by Maria Wolf, Cover C by Aaron Campbell, and Cover D by Christian Ward.

For information on how to acquire copies of the Earthdivers comic books, please contact your local comic shop or visit www.comicshoplocator.com to find a store near you.

About IDW
IDW (NYSE AMERICAN: IDW) is a leading media company providing uniquely compelling stories and characters in various genres for global audiences across all entertainment platforms. The award-winning IDW Publishing and IDW Entertainment divisions holistically evaluate and acquire IP for franchise development across comics and graphic novels, television, theatrical, games, merchandise, and other entertainment platforms, in addition to bringing world-renowned storytelling to life with our creative partners.