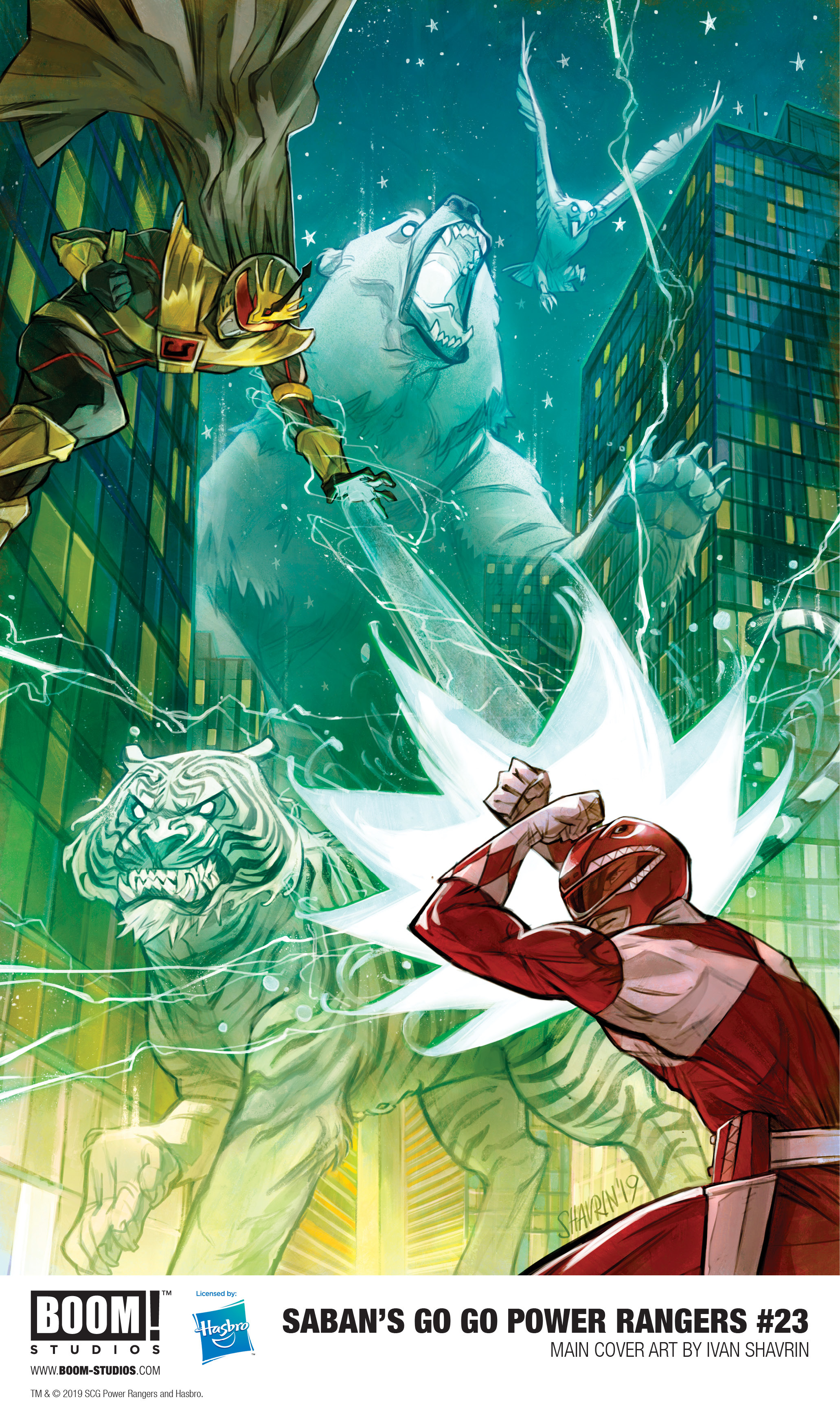 As the Mighty Morphin Power Rangers struggle to save Angel Grove from the fearsome War Bunny without Jason, the Blue Emissary forces the Red Ranger to confront surprising villains from his Shattered Grid past and shocking Necessary Evil future—kicking off the events that will result in the creation of a brand new team with a secret mission to save the galaxy—the Omega Rangers!

Print copies of SABAN’S GO GO POWER RANGERS #23 will be available on September 11, 2019, at local comic book shops (use comicshoplocator.com to find the one nearest you), or at the BOOM! Studios webstore. Digital copies can be purchased from content providers like comiXology, iBooks, Google Play, and the BOOM! Studios app. 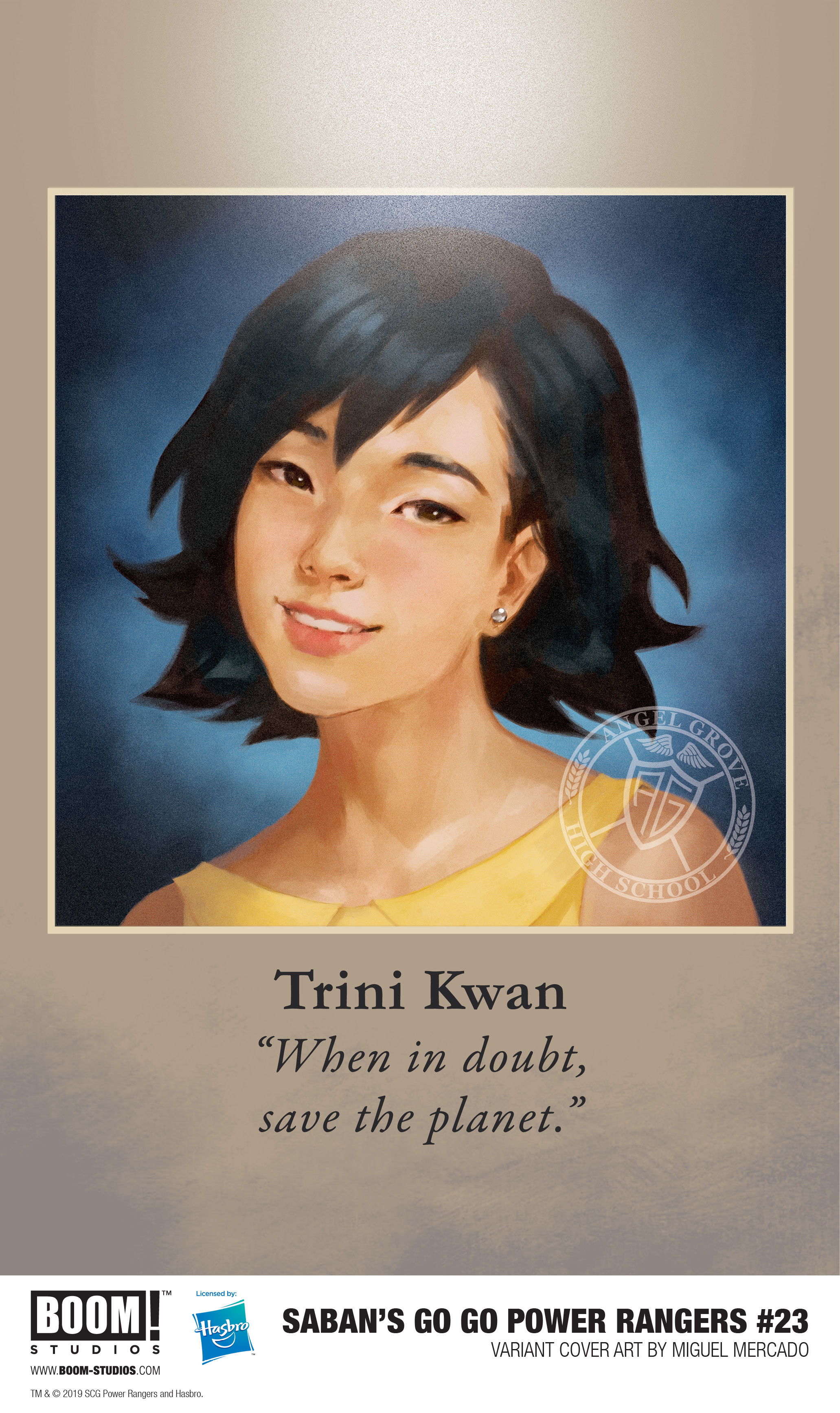 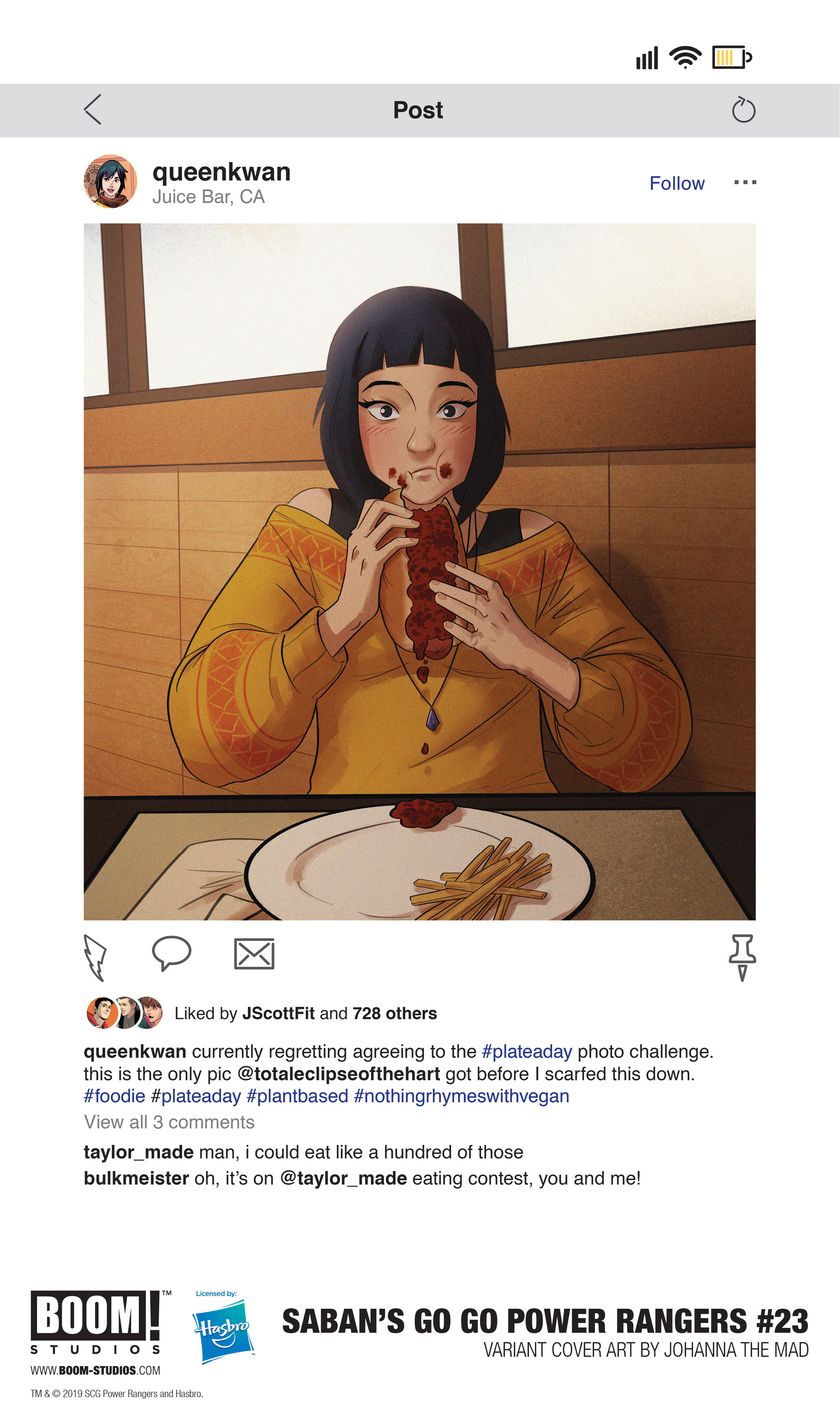 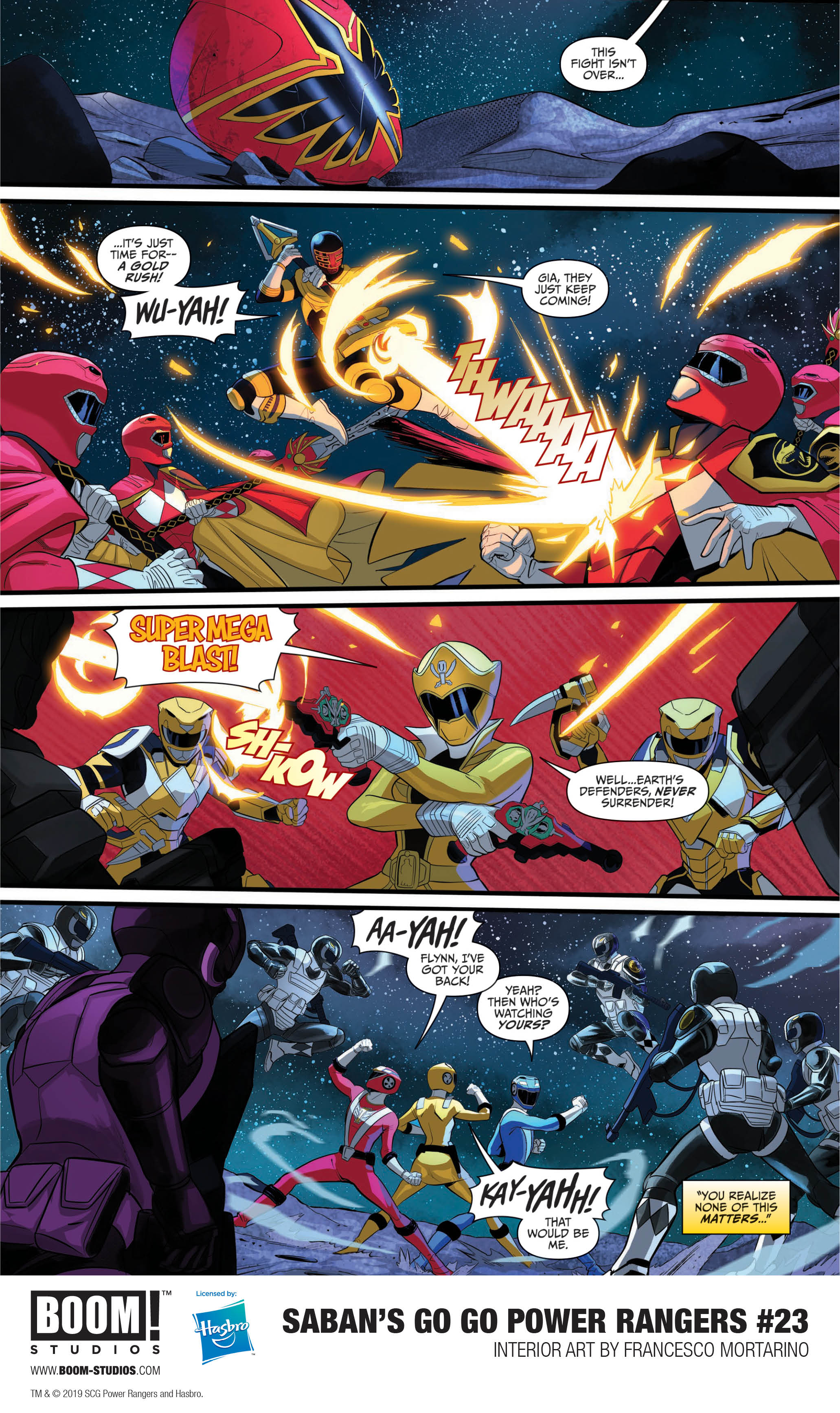 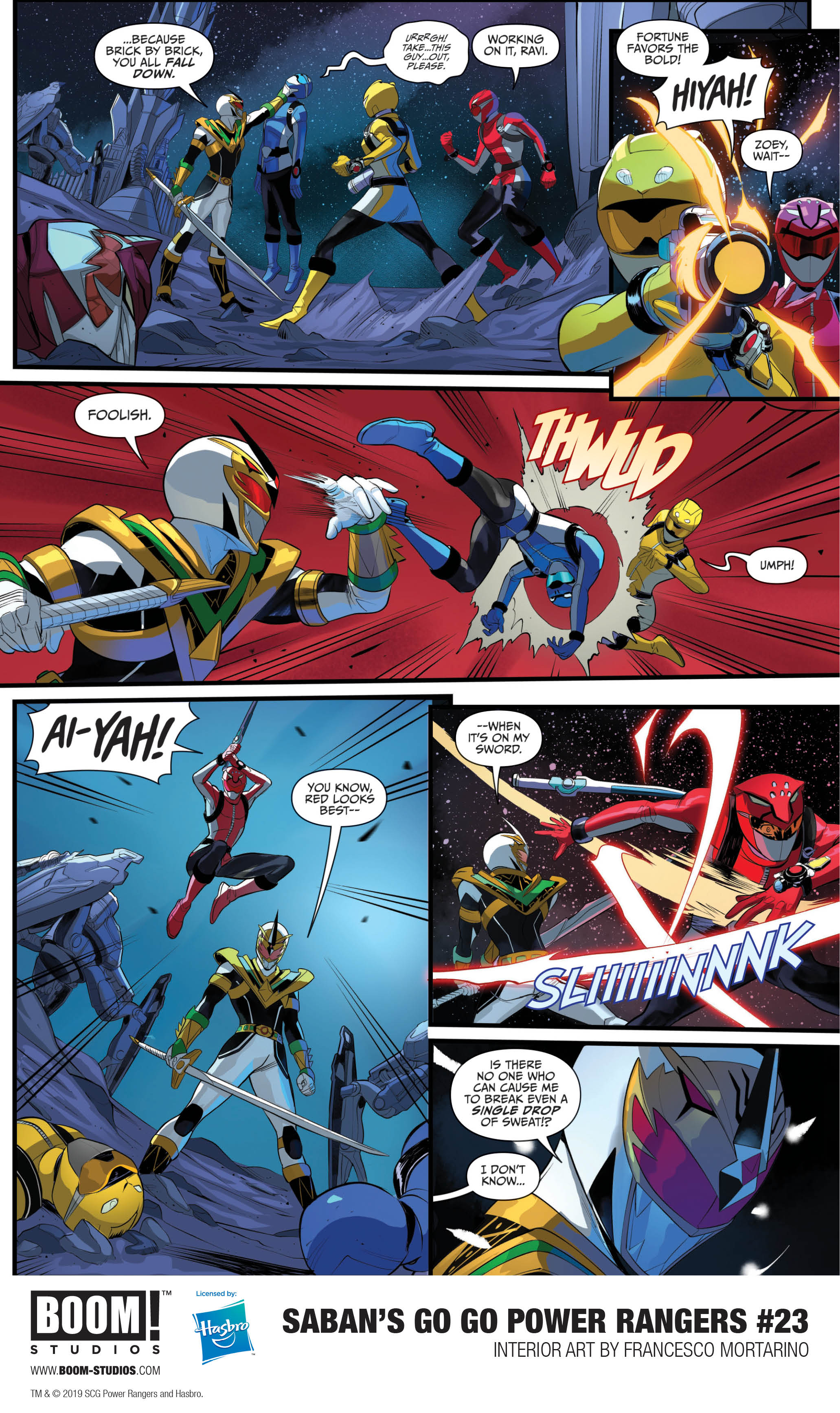 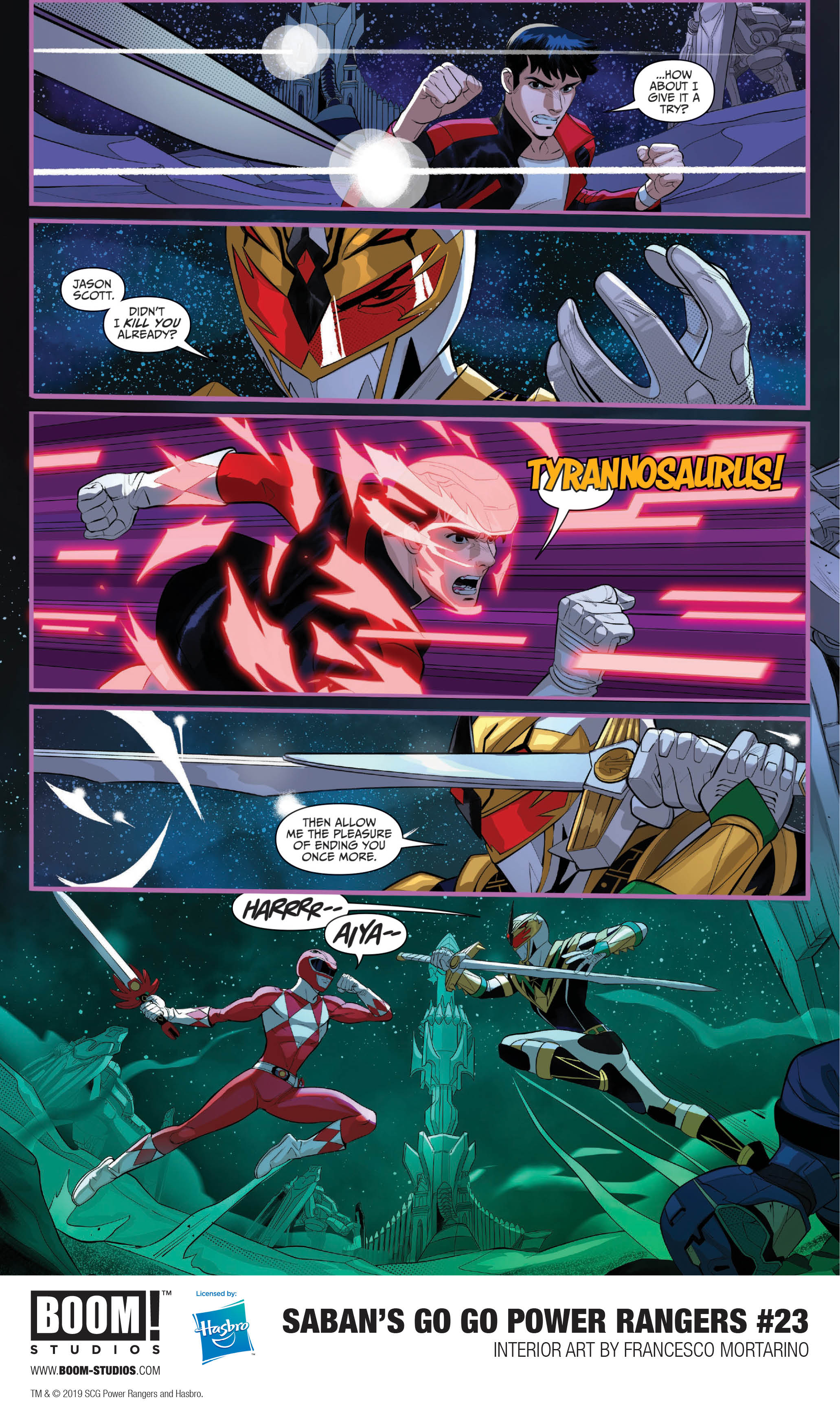