HELLBOY: THE BOARD GAME RETURNS TO KICKSTARTER 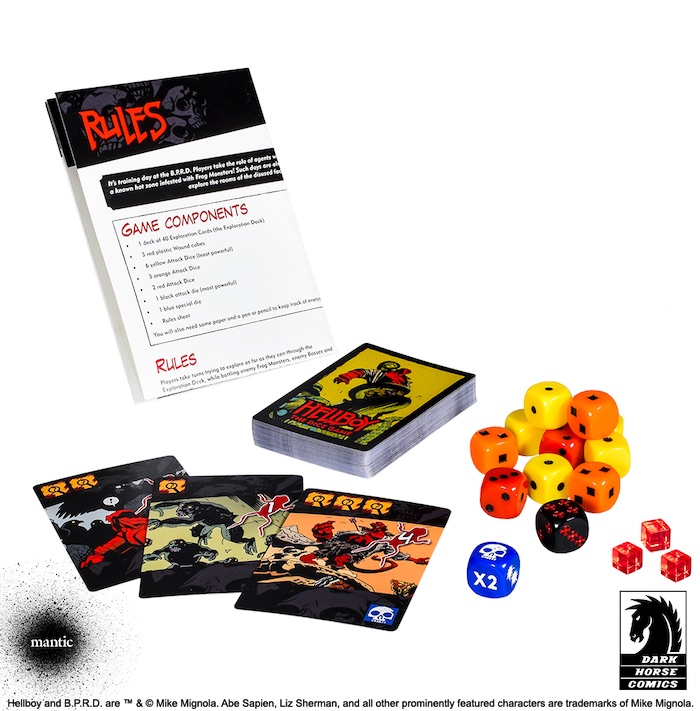 MILWAUKIE, Ore., (April 27, 2021)—Mantic Games is excited to announce that it is partnering with Dark Horse Comics and visionary creator Mike Mignola to bring Hellboy: The Board Game back to Kickstarter. This latest campaign will complete the current board game story arc and launch some exciting new additions to the franchise, including Hellboy: The Dice Game, which is a whole new way to explore the rich Hellboy universe.

In this Kickstarter, fans can complete the storyline in Hellboy: The Board Game with the Storm and the Fury expansion. Inspired by the graphic novel, in this epic conclusion to the saga, Hellboy will face his toughest foe yet: Nimue in her dragon form! This is not an experience for the faint of heart and features the biggest miniature Mantic has produced for Hellboy: The Board Game.

With the story complete, it’s time to move onto a whole new chapter. The Pandemonium, Hell on Earth, and End of Days expansions take their inspiration from the dramatic B.P.R.D. comics. With these new additions to the game, players can add new playable agents, new cinematic boss encounters, and vicious minions to their Case Files. Designed by original developers, Needy Cat Games, each of these expansions builds on the tension-packed co-operative experience of Hellboy: The Board Game but turns the danger up to 11, thanks to the all-new RAGNAROK mode. That’s right, saving the world just got a whole lot tougher.

But that’s not all! As part of this Kickstarter Mantic Games will also be funding the creation of Hellboy: The Dice Game. Created by Mantic Games, Hellboy: The Dice Game is a pick-up-and-play Hellboy experience for the whole family. In this push-your-luck game, you’ll have to decide when to take risks or play it safe, as you explore a mysterious location and encounter some of Hellboy’s most notorious foes.

“We’re delighted to bring Hellboy back to Kickstarter,” said Ronnie Renton, CEO of Mantic Games. “This gives us the opportunity to finish off the current board game storyline and create some new, exciting adventures starring the B.P.R.D. What’s more, the Dice Game is a great experience for the whole family, or when you haven’t got time to play a full Hellboy: The Board Game adventure, but still want to experience Hellboy on the tabletop.”

Hellboy: The Board Game is a co-operative experience in which players face off against some of the comic’s most famous foes. Up to four people take control of iconic B.R.P.D. members––Hellboy, Abe Sapien, Liz Sherman, and Johann Kraus––before exploring gothic locations, uncovering ancient artefacts, and battling one of Hellboy’s most notorious foes, Rasputin! After launching in April 2019, the game is now available in multiple languages and has been reprinted several times after selling out worldwide.

The new Hellboy Kickstarter is live now and you can join in with the campaign here https://www.kickstarter.com/projects/manticgames/hellboy-the-board-game-expansions-and-dice-game 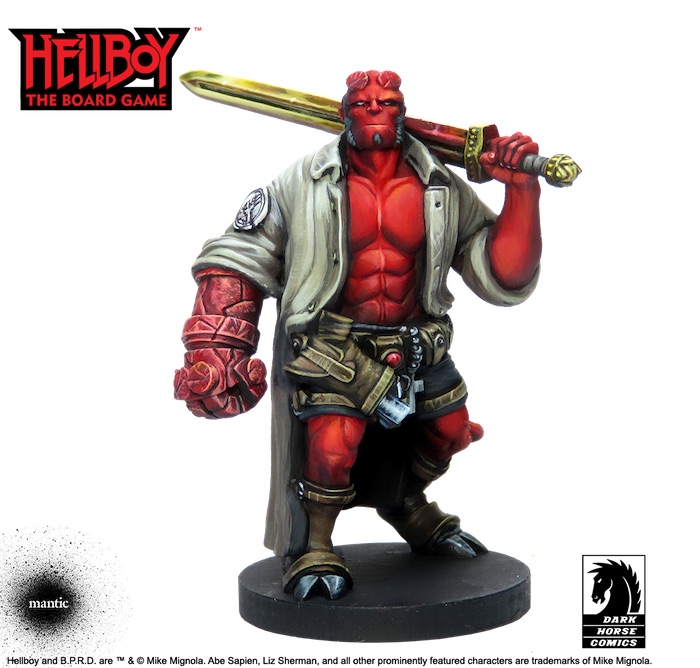 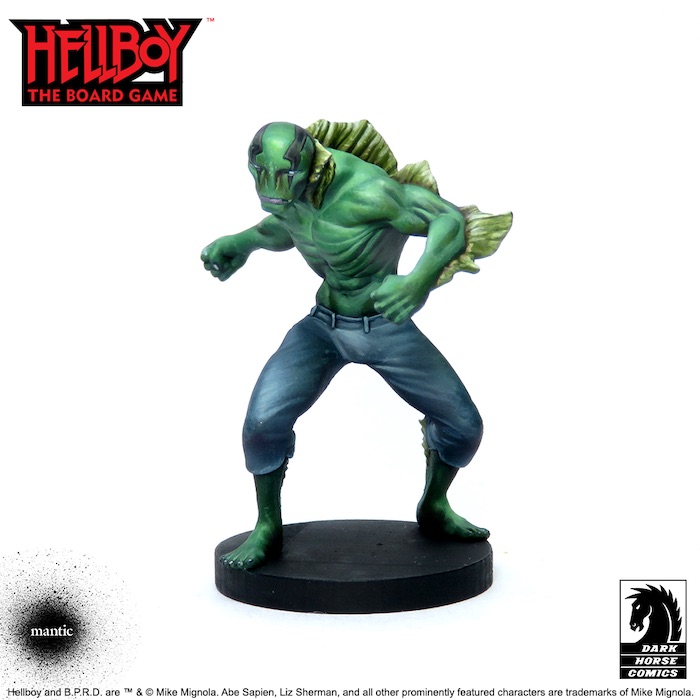 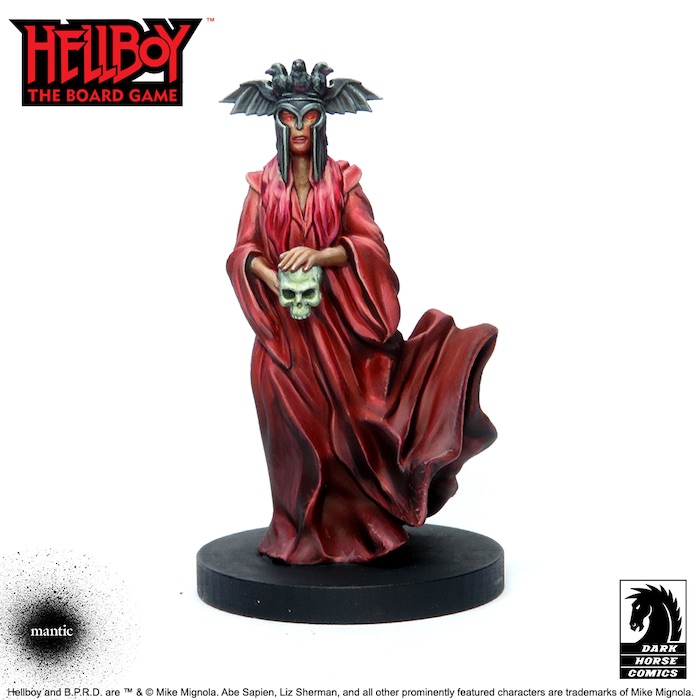 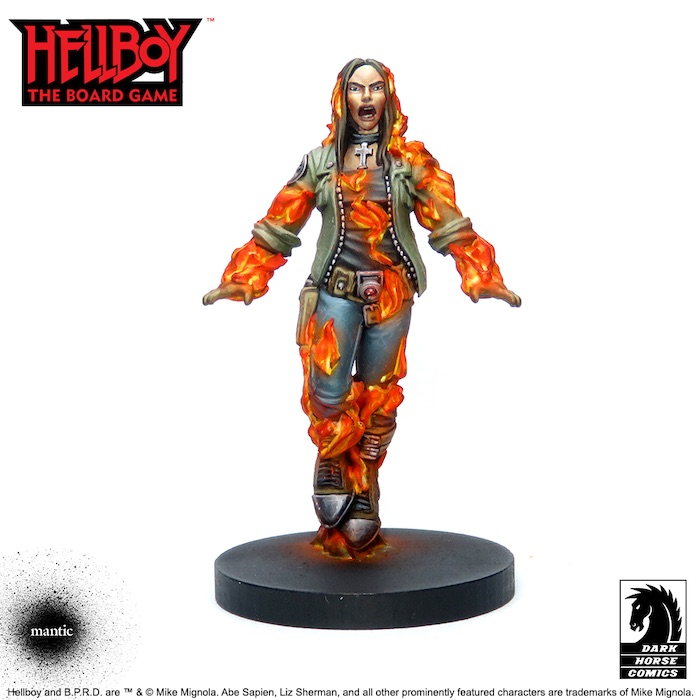