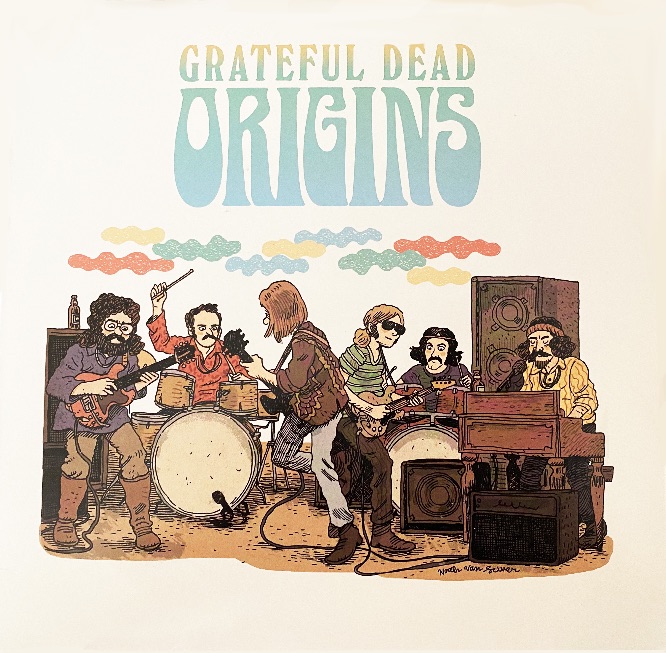 NEW YORK, NY–With the recent success of partnerships with The Doors, Gorillaz, and YUNGBLUD, Z2 Comics has solidified their place as the premier creator of music-affiliated graphic novels. In 2019, the publisher entered into their largest partnership to date chronicling the history of the iconic Grateful Dead. Grateful Dead Origins takes an in depth and personal look at the formation of one of the most important American rock bands of all time, exploring the early days of Jerry Garcia, Phil Lesh, Bob Weir, Pigpen, Bill Kreutzmann and Mickey Hart. The story of the band’s transformation from a bar band performing as the Warlocks to becoming the creators of their own sound and forefathers for the jamband culture is depicted in the original story written by Chris Miskiewicz and illustrated by Noah Van Sciver. The team behind the book will appear on the publisher’s Comic Con @Home panel on July 23 at 3pm PST, via the official Comic Con YouTube channel!

Grateful Dead Origins will be available in a strictly limited collectors deluxe edition to be released on August 4. The standard softcover edition that will feature an exclusive download of rare selections from the early years of the band. The limited run collector’s deluxe edition will come in a hardcover, oversized, individually-numbered coffee table edition featuring exclusive prints and autographed by the comic creators, along with an exclusive vinyl LP of an unreleased recording from an August 1968 performance at the Fillmore West in San Francisco. The deluxe edition is available for pre-order at www.z2comics.com/shop/grateful-dead. Pre-orders are now available for all configurations of Grateful Dead Origins to in time for this year’s celebration of Jerry Garcia. 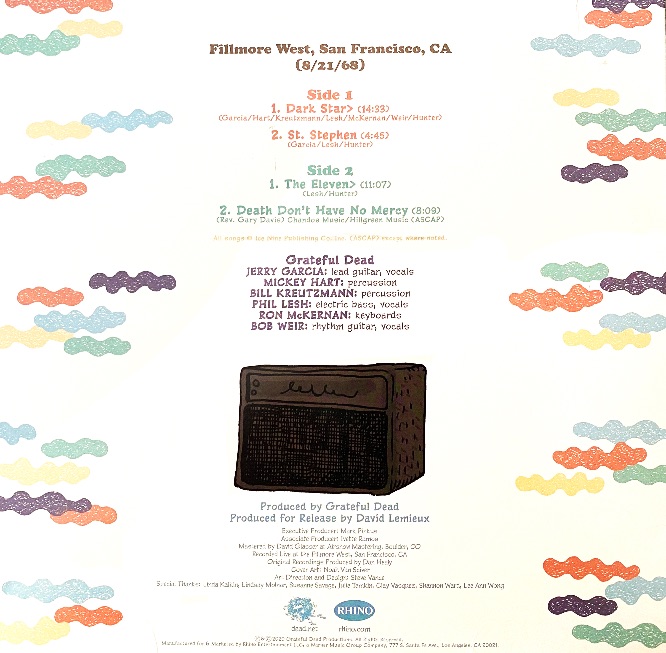 This previously unreleased show includes the first known West Coast live rendition of “St. Stephen,” and the first known performance of its “William Tell Bridge,” which would join “St. Stephen” to “The Eleven.” The show was recorded to 8-track analog tape, and was mastered by Grammy-winning engineer David Glasser at Airshow Mastering in Boulder, CO. This track was premiered today with Rolling Stone.

“We can’t wait for everyone to see and hear the amazing Origins package and we hope it will provide some comfort to music and graphic novel fans alike during these challenging times,” says Z2 publisher Josh Frankel. “Our plan was always to time the release to the week of Record Store Day, giving comic shops and booksellers the ultimate music book for their customers. We will still do that, it will just happen in June now. I assure you, as this project has come together, it has turned into something even more special than we could have ever expected and we know comics readers, music archivists, and Dead Heads everywhere will agree that it was worth the wait.”

“We’ve seen so many photos and videos of the Grateful Dead in the 1980s and beyond, and even quite a bit from the 1970s. The 1960s, though, largely remain a visual mystery in terms of the band, especially the earliest days, 1965 and 1966, but also through to 1969” Grateful Dead audiovisual archivist and legacy manager David Lemieux. “Grateful Dead Origins brings the band’s beginnings to life, artistically, verbally, and musically. We’ve all seen some photos of the band onstage in those early days, and heard plenty of music from 1966 through 1969, but everything else, how they became the Grateful Dead, has been obscured from the history books only through lack of documentation. While Origins isn’t a discovery of primary archival documents from this era, it visually, creatively, and tastefully fills in the gaps that the historical record’s archive might have missed. We’re thrilled to have worked with such a talented team to write and illustrate this early part of the Dead’s story.”

“Jerry Garcia was an avid comic book enthusiast so it is incredibly fitting to have the Grateful Dead’s origin story told in graphic novel form,” says Mark Pinkus, President of Rhino Entertainment. “Z2’s passion for the band’s music and mythology make them the perfect partner to bring the story to life. It has been inspiring to watch the novel’s artwork evolve over the last year and I’m excited that Dead Heads now get to have a preview. Just wait until you see the finished product!”