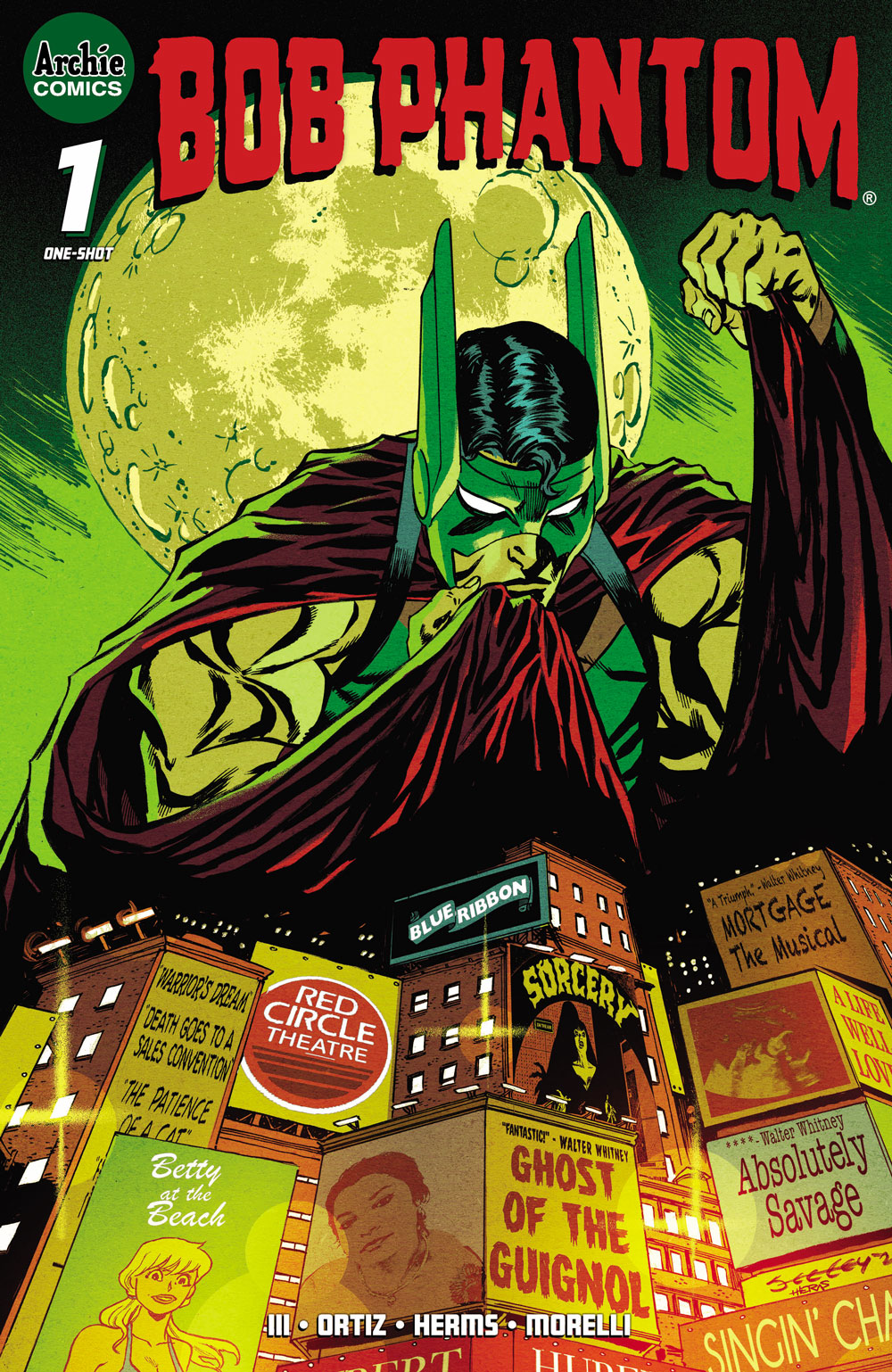 Archie Comics is bringing the classic superhero BOB PHANTOM out of the Golden Age vault and into the modern era in an all-new one-shot comic book hitting stores in November! Writer James III (Netflix’s Astronomy Club) and artist Richard Ortiz (THE FOX) set their mind-bending noir-tinged adventure in the shadowy alleyways of New York City’s theater district, with a hero who may be the story’s villain, as well.

“[James] is the exact type of person you want on a project like this,” said Archie Comics Senior Director of Editorial Jamie L. Rotante. “He’s dusting off Bob Phantom’s cobwebs and giving him a second chance to be a main event player.”

Bob Phantom was one of Archie’s earliest superhero characters, introduced in 1939’s BLUE RIBBON COMICS #2 in a story drawn by comics legend Irv Novick.Boasting a multitude of superpowers and talents, he fought crime by night and worked as theater critic and gossip columnist Walt Whitney by day, often antagonizing police. In the new version, James III explores the possibility that Walt’s anti-authoritarian streak may run deeper than the surface as he creates news in order to report it.

James said, “With BOB PHANTOM, I wanted to explore what it means to write news today when everyone gets their news from the headlines on their Twitter feed without reading the articles, and you can’t tell what’s legitimate and what’s fake. (To use loaded terminology.) This might make you question your validity as a journalist and your worth as a person in society. I was heavily inspired by crime stories with news elements like Road to Perdition and Nightcrawler. What brings a person to snap pictures first and provide assistance later or not at all?”