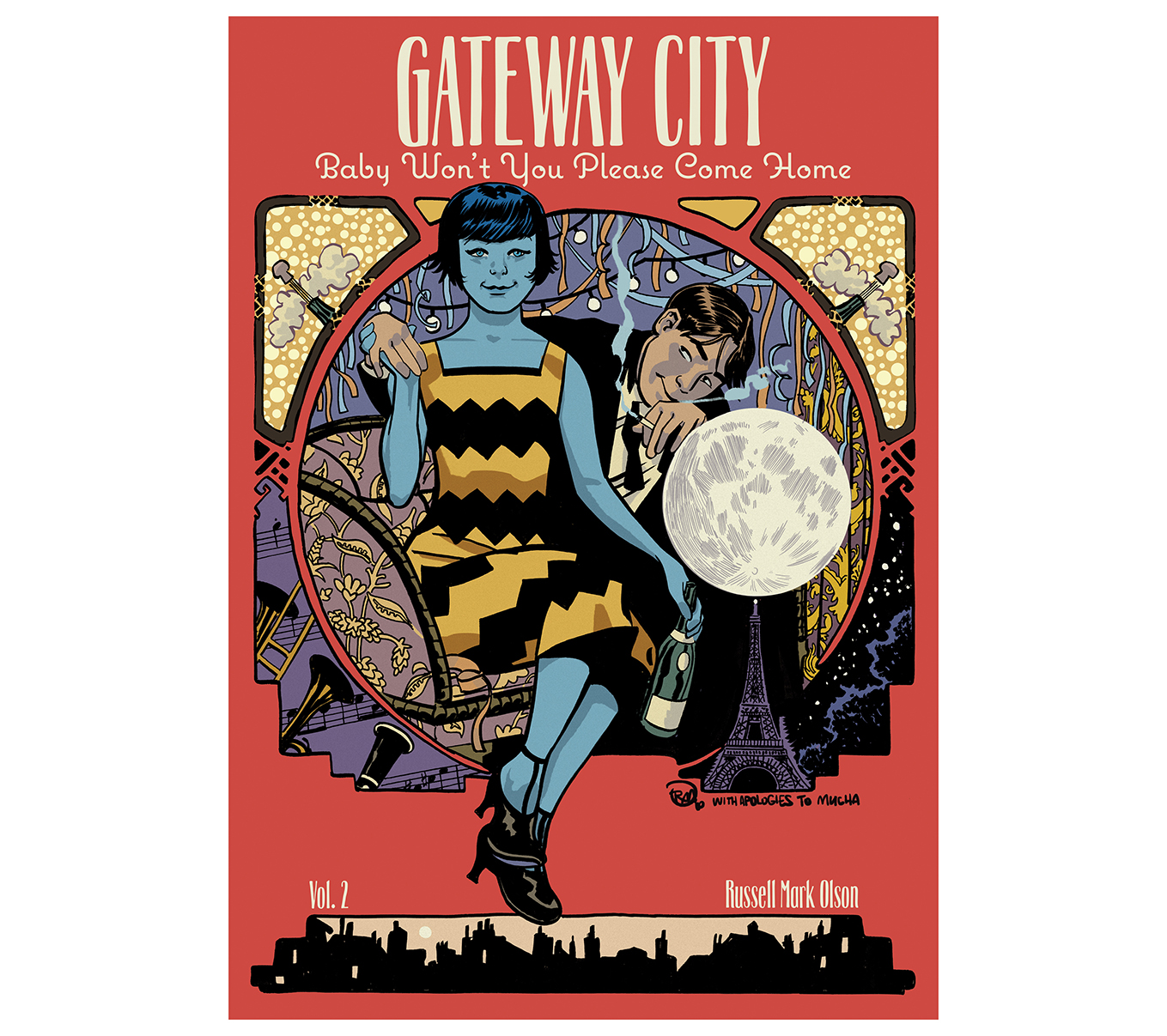 The first volume of Gateway City garnered Olson plenty of deserved attention from the comics industry and led him to work on projects with creators from around the world. Last year, he took to Patreon to return to the pulpy world of Gateway, publishing quarterly editions of the story.

When gangster aliens turn roaring 1920s, Saint Louis, into their own personal playground, private investigator Lundy Lundqvist leads the resistance allied with a being of immense power and shadowy intentions. But Lundy and his team aren’t the only ones fighting back; mobster Bumper Donati isn’t much impressed by these galactic interlopers.

Gateway City combines all the elements of pulp adventure with a unique SF concept, an adventure story that takes the reader from St. Louis to the furthest reaches of the galaxy in accomplished style. The adventure will appeal to both comic and pulp fans, as crime and cosmic forces collide.

“I’ve loved the opportunities drawing comics for a number of publishers and projects that I’ve had over the last few years, most down to my work on Gateway,” said Olson, “but I couldn’t ignore the allure of writing and drawing the rye-soaked, alien infested, noir streets of St Louis any longer. I’m grateful to the readers for their continued support of this story.”

• Check out the Kickstarter for Gateway City Volume Two at