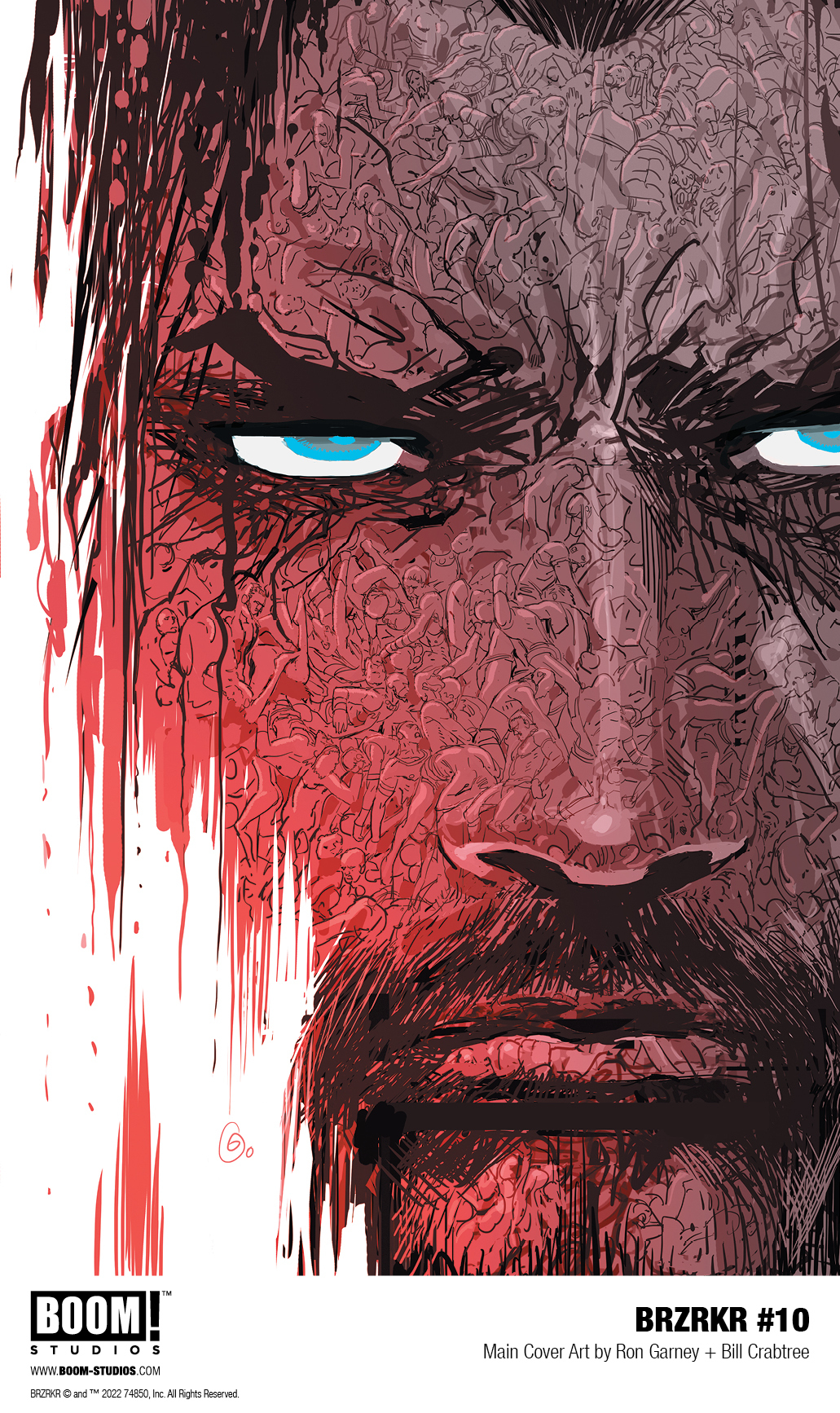 As B.’s full fury is unleashed, a new discovery promises to bring the answers he’s been seeking for centuries. But as the team travels to uncover the mysteries of B.’s birth once and for all, will Caldwell finally reveal his master plan? There are just three issues left in the saga of this immortal warrior, as writers Keanu Reeves and Matt Kindt build towards a conclusion that will blow fans’ minds!

BRZRKR is the newest release from BOOM! Studios’ eponymous imprint, home to critically acclaimed original series, including Something is Killing the Children by James Tynion IV and Werther Dell’Edera; Once & Future by Kieron Gillen and Dan Mora; We Only Find Them When They’re Dead by Al Ewing and Simone Di Meo; Seven Secrets by Tom Taylor and Daniele Di Nicuolo; The Many Deaths of Laila Starr by Ram V and Filipe Andrade; Basilisk by Cullen Bunn and Jonas Scharf; Alice Ever After by Dan Panosian and Giorgio Spalletta; Grim by Stephanie Phillips and Flaviano; and the upcoming Briar by Christopher Cantwell and German Garcia, Stuff of Nightmares by R.L. Stine and A.L. Kaplan, The Approach by Jeremy Haun, Jason A. Hurley, and Jesus Hervas, and Damn Them All by Simon Spurrier and Charlie Adlard. The imprint also publishes popular licensed properties, including Dune: House Atreides from Brian Herbert, Kevin J. Anderson, and Dev Pramanik; Mighty Morphin and Power Rangers from Ryan Parrott, Mat Groom, Marco Renna, and Moises Hidalgo; and Magic from Jed McKay and Ig Guara.

Print copies of BRZRKR #10 will be available for sale on September 21, 2022 exclusively at local comic book shops (use comicshoplocator.com to find the nearest one) or at the BOOM! Studios webstore. Digital copies can be purchased from content providers, including comiXology, iBooks, Google Play, and Kindle.

Print copies of BRZRKR VOL 1 SC are available wherever books are sold.

For continuing news on the BRZRKR series and more from BOOM! Studios, stay tuned to boom-studios.com and follow @boomstudios on Twitter. 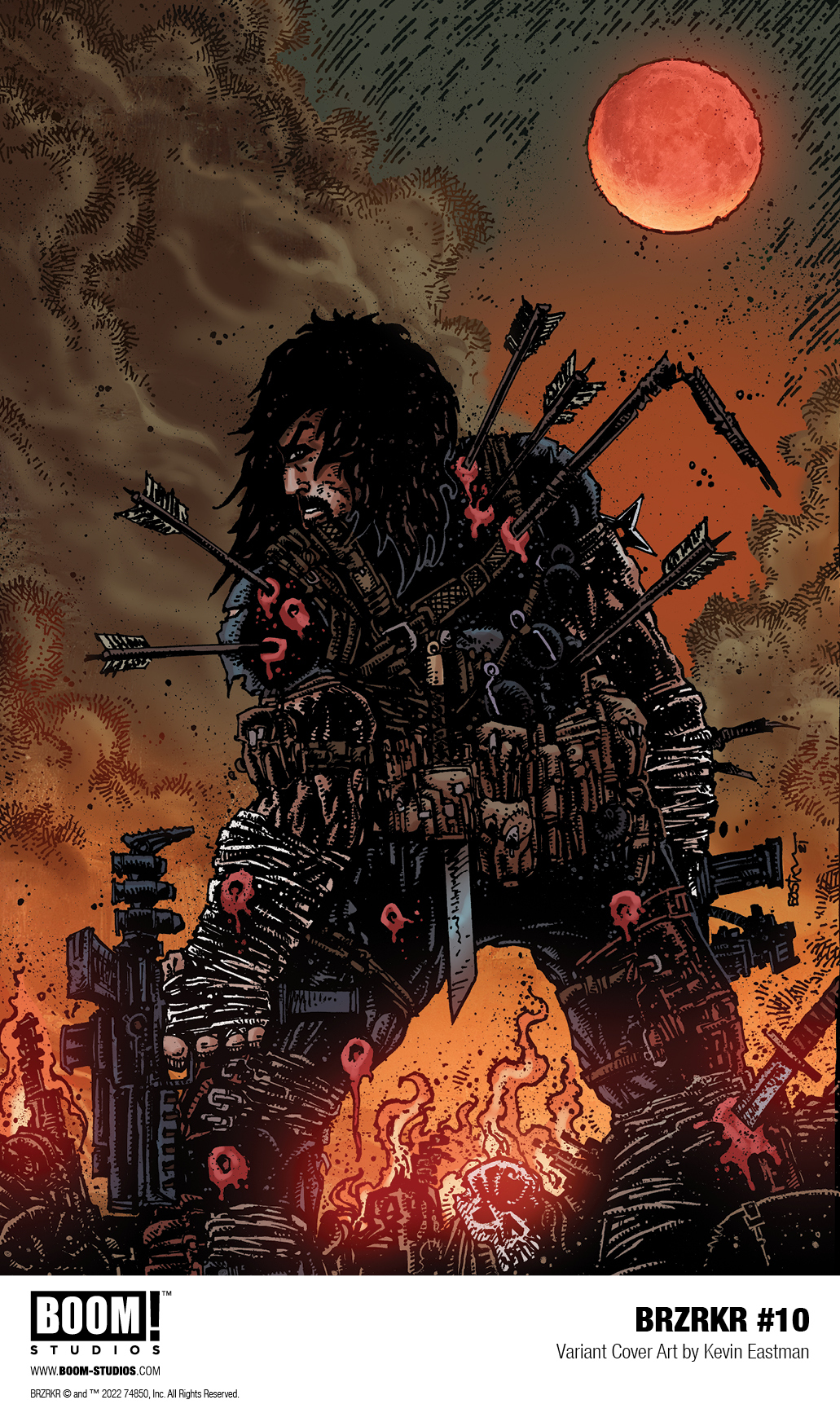 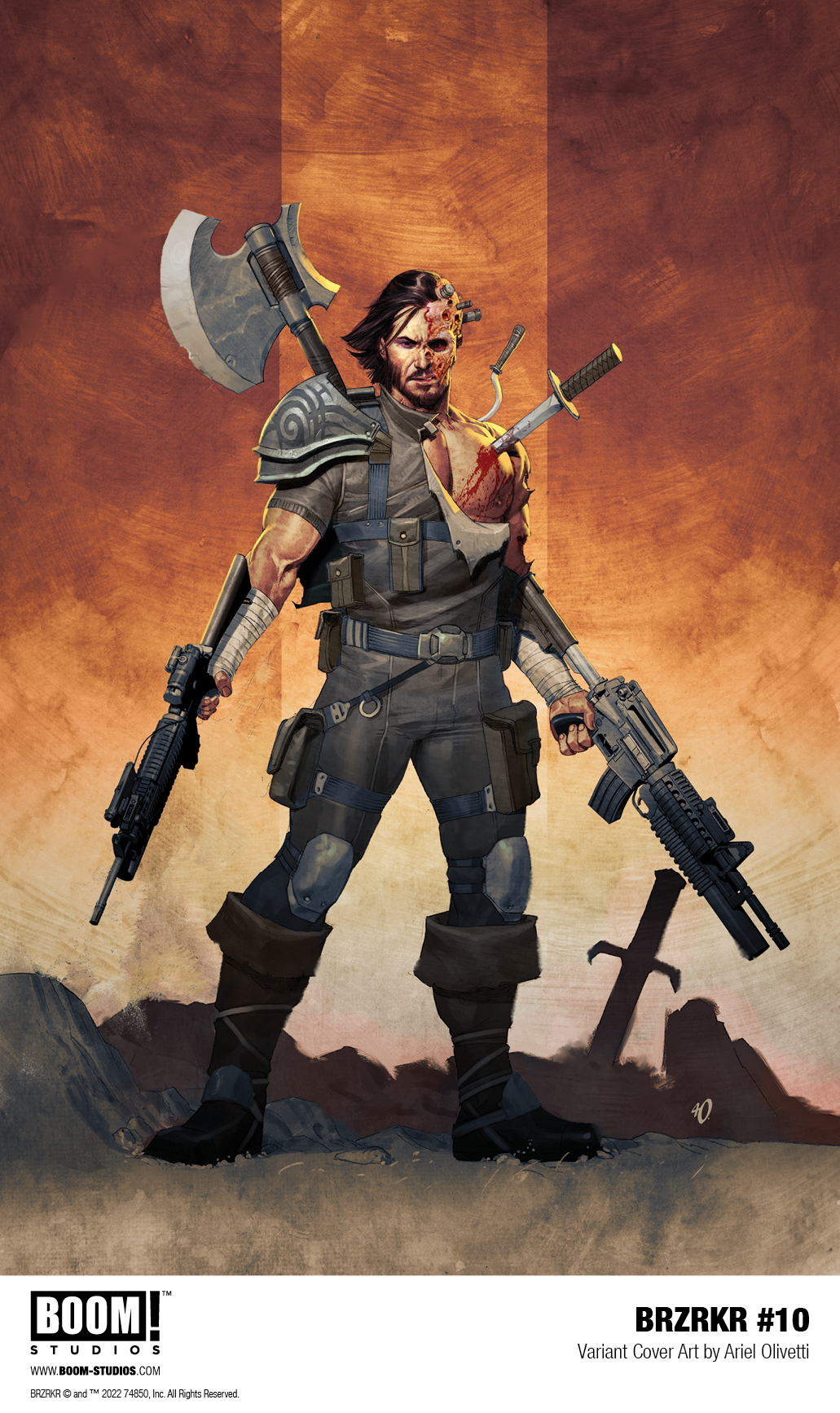 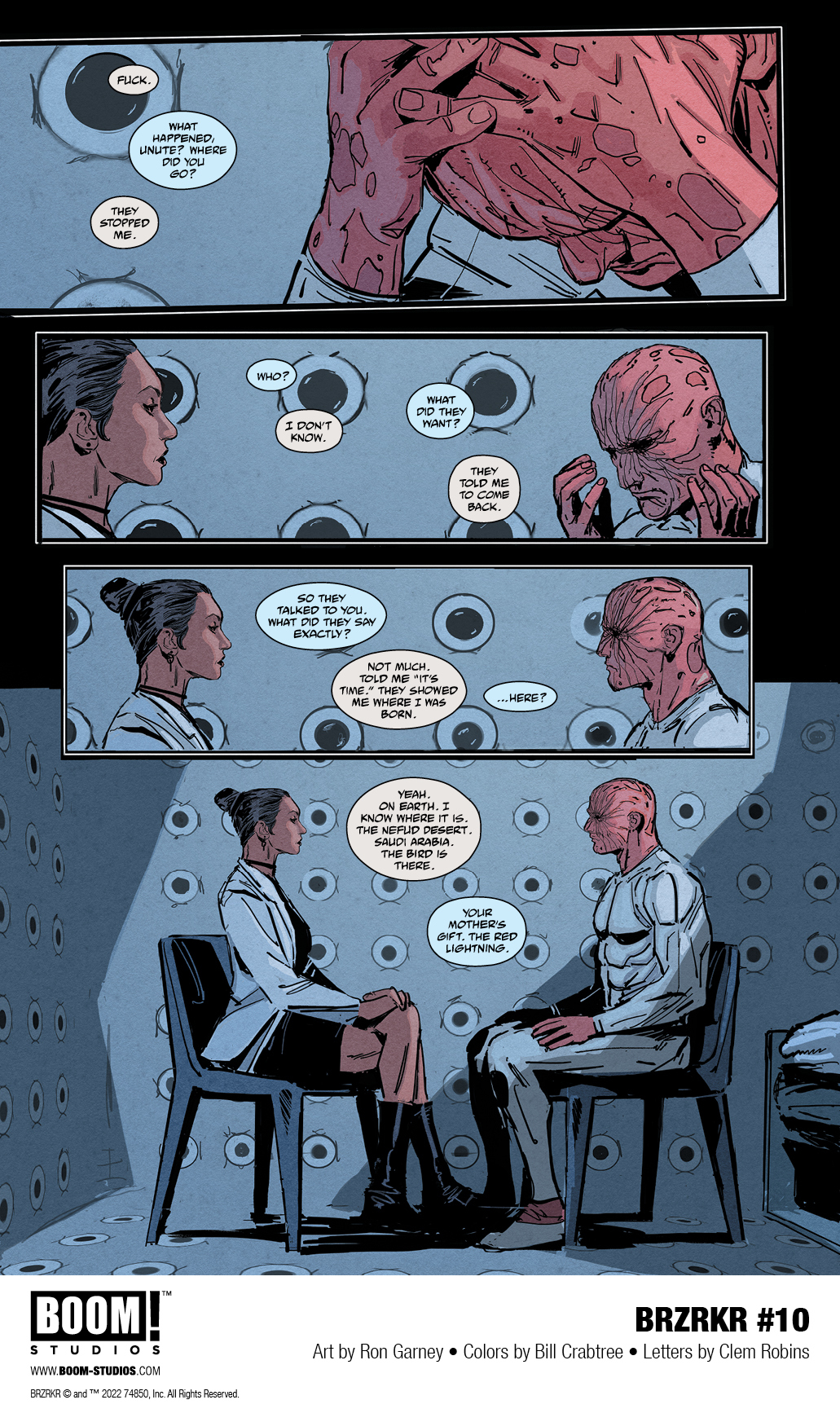 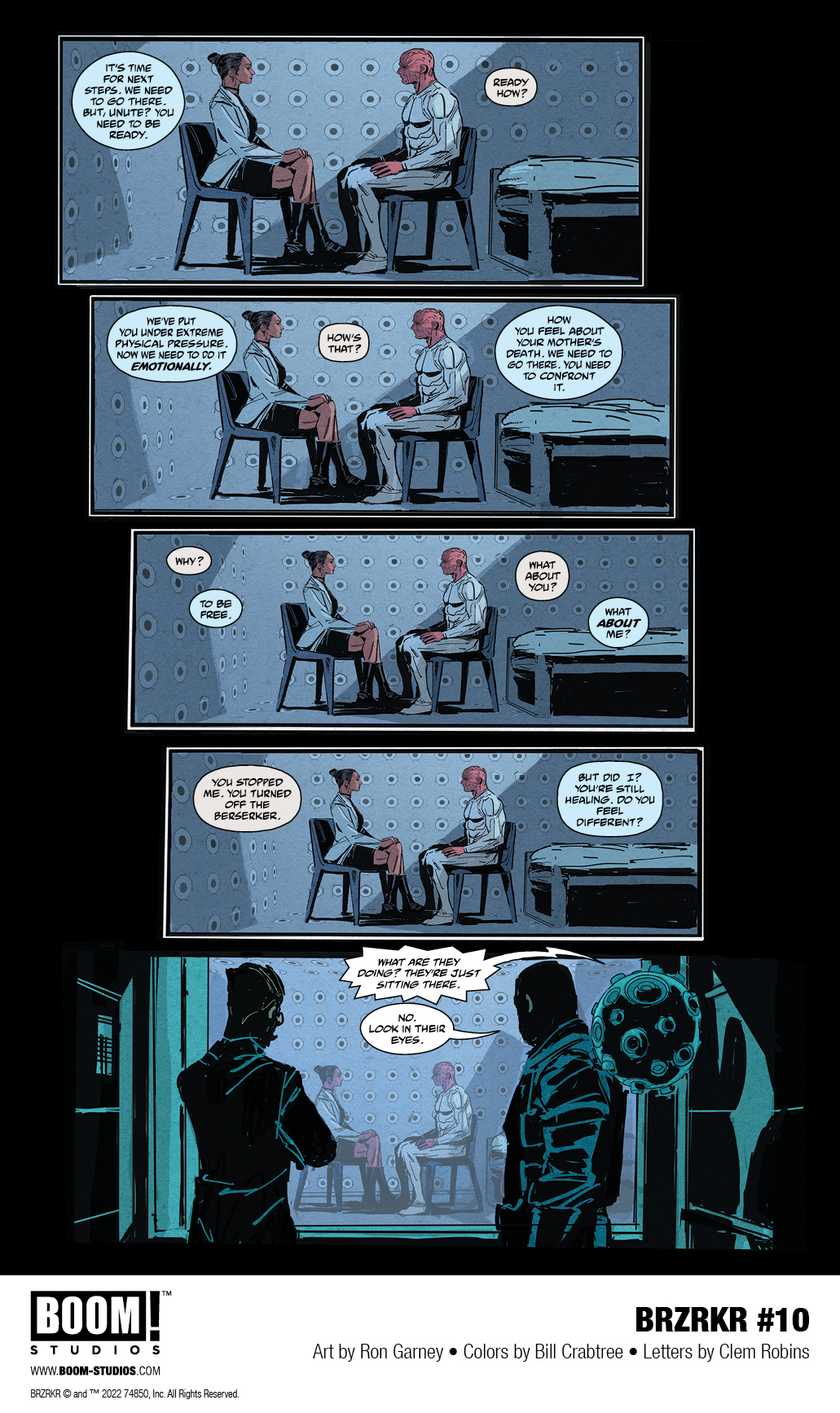 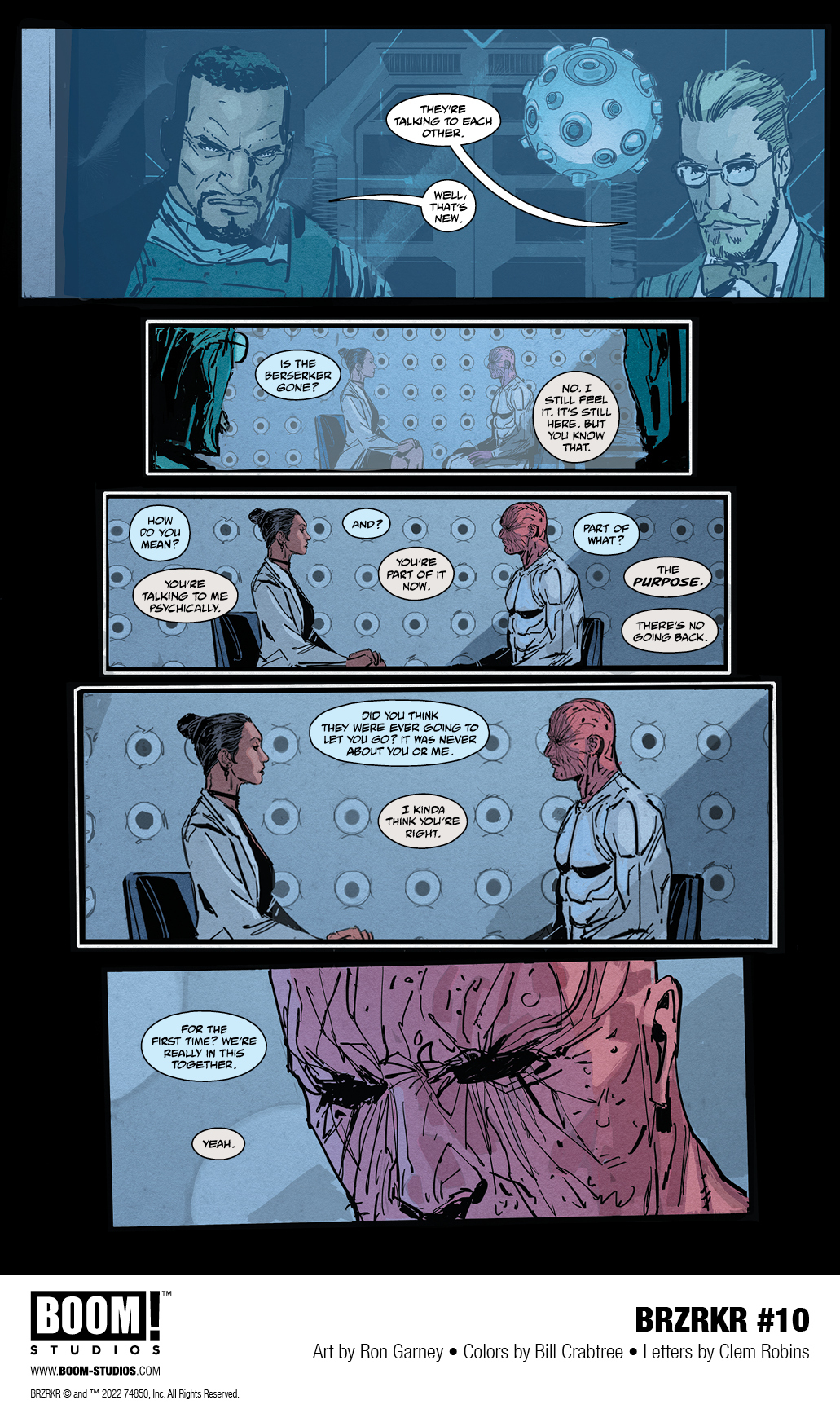 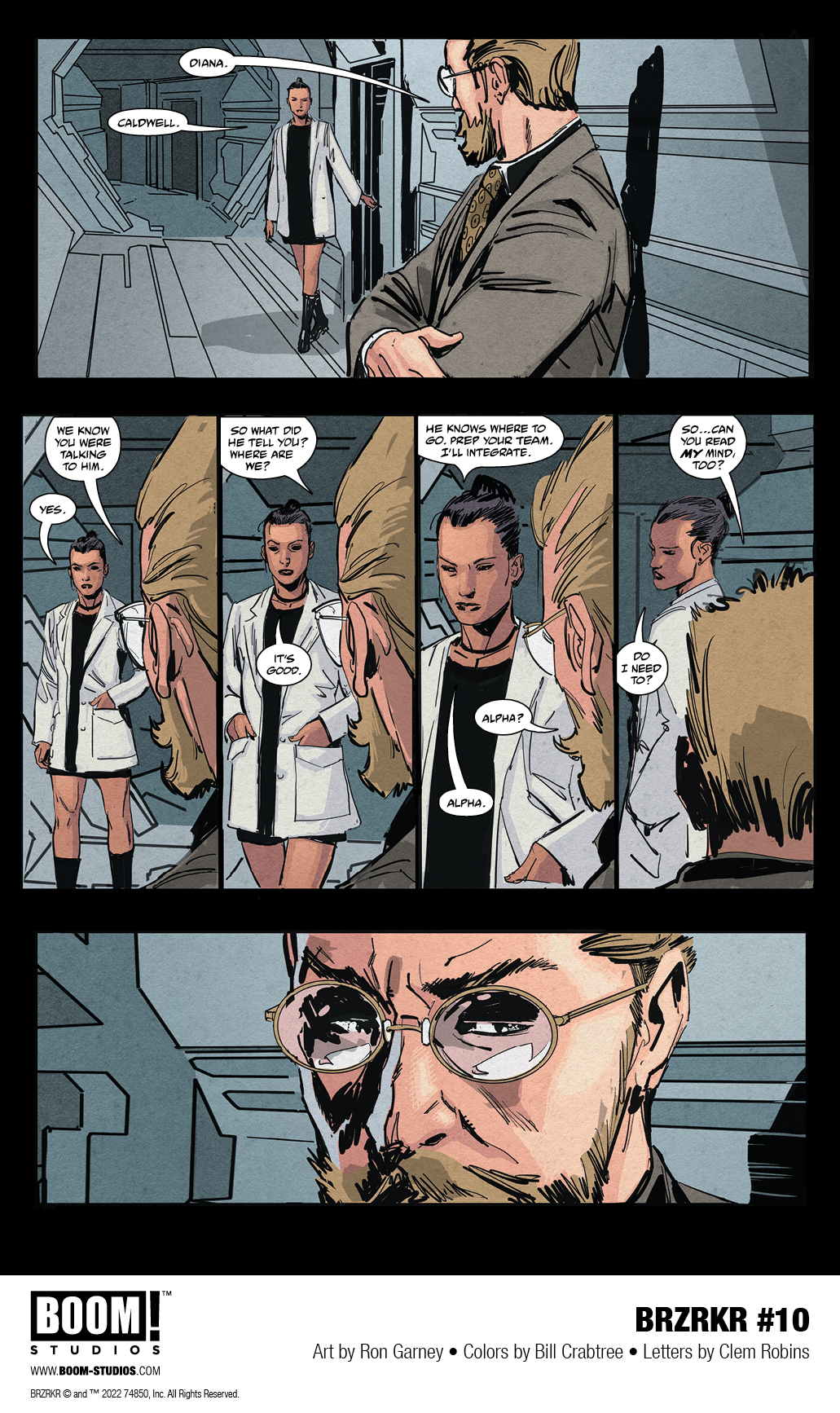 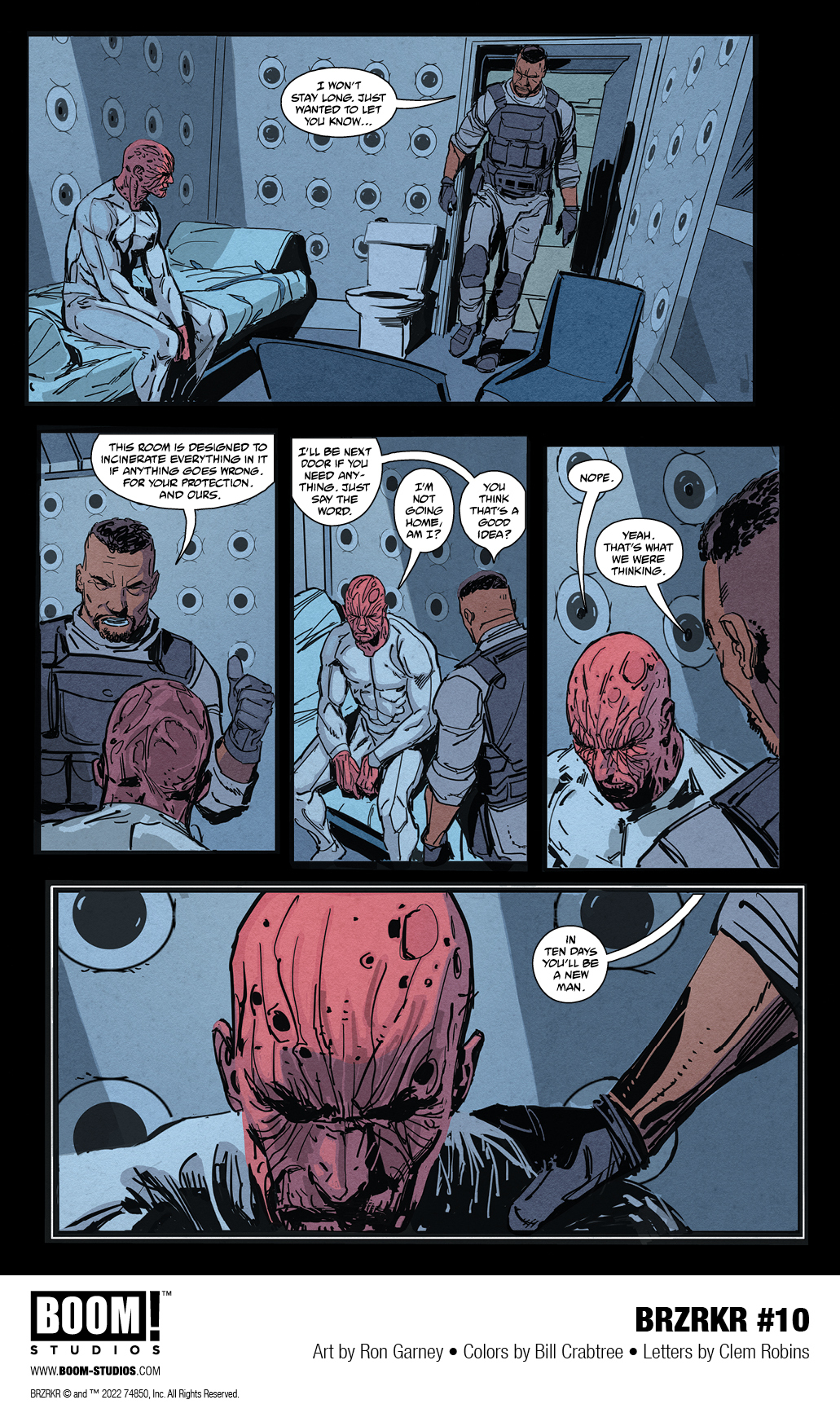