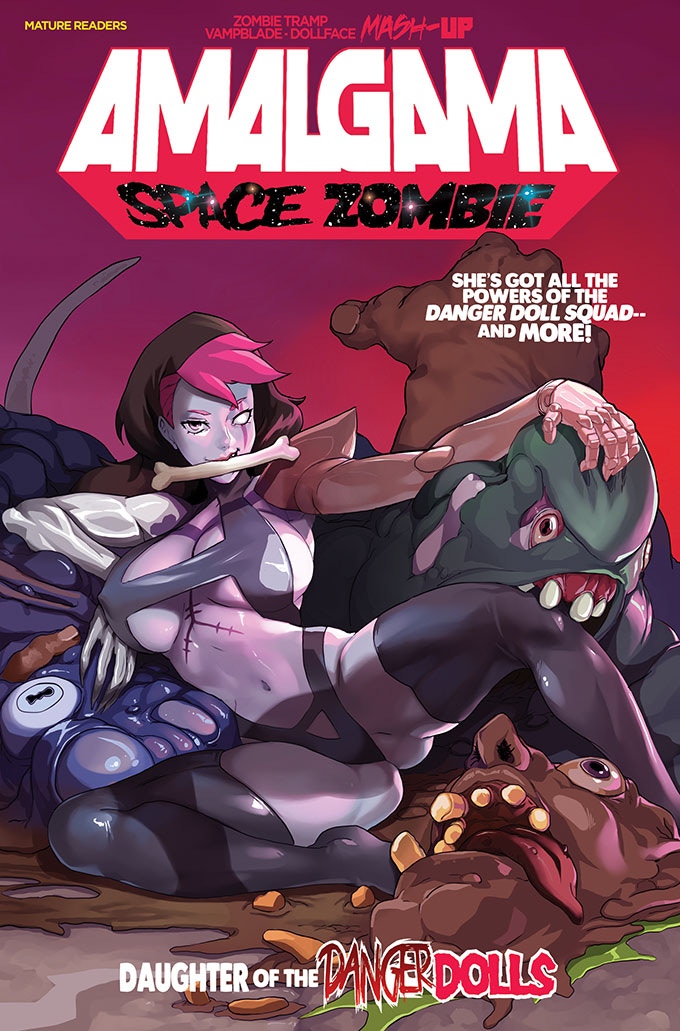 First introduced in the pages of DANGER DOLL SQUAD: GALACTIC GLADIATORS, Amalgama currently has her own origin story mini-series that will set up this all-new cosmic addition to the Danger Doll Universe. Creator/writer Jason Martin explains, “Having the three characters together in one book with the DANGER DOLL SQUAD mini-series’ was so much fun, it was natural to think putting them in one character would be even cooler. And then setting that story in space would provide a whole new sci-fi universe to play in, while also pushing the boundaries of our shared universe! AMALGAMA: SPACE ZOMBIE is taking her story and our universe to the next level!”

The goal of the Kickstarter is to raise $10,000. Help Action Lab reach their goal by pledging one of the numerous reward tiers, which include exclusive covers by ongoing AMALGAMA: SPACE ZOMBIE artist Winston Young, Danger Doll Universe artist Marco Maccagni (DOLLFACE, VAMPBLADE, ZOMBIE TRAMP), Joel Adams with his legendary father Neal Adams as well as numerous Action Lab: Danger Zone alum! As well as many unique and rare items only available during the Kickstarter campaign! Plus the first five people who bid over $300 will receive a free grab bag.

If you missed Amalgama’s previous appearances in the Danger Doll Universe, check out this preview of the Amalgama mini-series, DANGER DOLL SQUAD PRESENTS: AMALGAMA LIVES! issue number 1 (in stores now):