In advance of New York Comic Con this weekend, Valiant is proud to present a closer look at THE LIFE AND DEATH OF TOYO HARADA #1, the start of a brand-new six-part prestige series from Eisner Award-winning writer Joshua Dysart (HARBINGER, Unknown Soldier), astounding artist CAFU (RAPTURE), and a rotating lineup of supremely talented guests artists, including the spectacular Mico Suayan (BLOODSHOT REBORN) on the first issue!

THE LIFE AND DEATH OF TOYO HARADA #1 marks the return of writer Joshua Dysart, who made his indelible mark on the Valiant Universe with groundbreaking work on HARBINGER, HARBINGER WARS, and IMPERIUM, as well as the re-emergence of one of Valiant’s most larger-than-life characters: the Machiavellian mastermind known as Toyo Harada!

In 1945, the bombing of Hiroshima awakened an immense and terrifying power inside young Toyo Harada. A literal “child of the bomb,” as a newly orphaned teenager he quickly discovered that the explosion had unlocked extraordinary and extremely rare psionic powers within him. Powers that could allow him to read thoughts and control matter… To bend steel and stop bullets… To manipulate armies and deceive governments… To reshape the wills of men…and build a better world.

Ripped from his own family in a blinding flash of heat and fire, Harada set out to build a new one for himself…and dedicated decades to finding and activating other unique “psiots” – thousands of fellow latent telekinetics unknowingly living across the globe – that could be harnessed to further his mission. Across the years, he publicly became a billionaire businessman and philanthropist as CEO of Harada Global Conglomerates, while in secret, he quietly erected the Harbinger Foundation – a clandestine international operation dedicated to recruiting and training psiots for the day when their skills would be needed.

Now, that day will finally come. With the existence of psiots revealed to the world and the Harbinger Foundation left in ruins, Harada has been run to ground and outed as the invisible hand behind the course of recent human history. With his resources dwindling and a death warrant on his head, the world’s most powerful man is about to become its most dangerous…

Hero or villain? In March 2019, the world will decide for itself as the man behind the Harbinger Foundation advances his plan to save the human race from itself in THE LIFE AND DEATH OF TOYO HARADA #1  – featuring cover artwork by Mico Suayan (BLOODSHOT SALVATION) and other incredible artists yet to be named!

Plus: Pages from THE LIFE AND DEATH OF TOYO HARADA #1 will be available to New York Comic Con attendees who pick up a FREE copy of the Valiant Beyond Pullbox Preview at Booth #1635 from October 4th to October 7th in the Javits Convention Center. A full black-and-white ashcan edition of the first issue will also be handed out EXCLUSIVELY to comic retailers who attend this year’s annual Diamond Retailer Appreciation Breakfast on October 4th.

Then: Learn more about THE LIFE AND DEATH OF TOYO HARADA on Saturday, October 6th at 7:30 pm ET in Room 1C03 with the VALIANT: THE VOICES OF VALIANT BEYOND panel presentation! Sit in on an in-depth discussion from the unstoppable talents behind the publisher’s latest initiative, VALIANT BEYOND, as they reveal behind-the-scenes looks at their upcoming Valiant titles, insider information about the creative process, and more – featuring writers Vita Ayala (LIVEWIRE), Andy Diggle (SHADOWMAN, INCURSION), Lonnie Nadler and Zac Thompson (BLOODSHOT RISING SPIRIT), Ken Lashley (BLOODSHOT RISING SPIRIT), and Valiant Executive Editor Joseph Illidge! 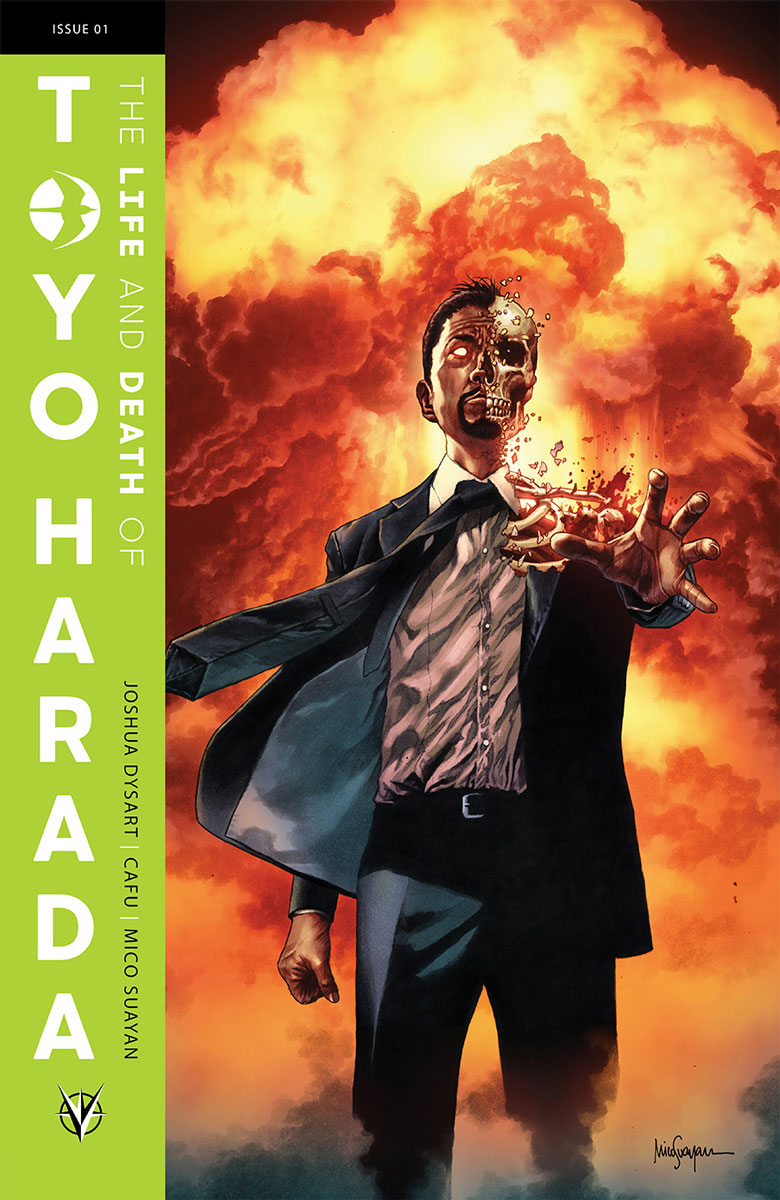 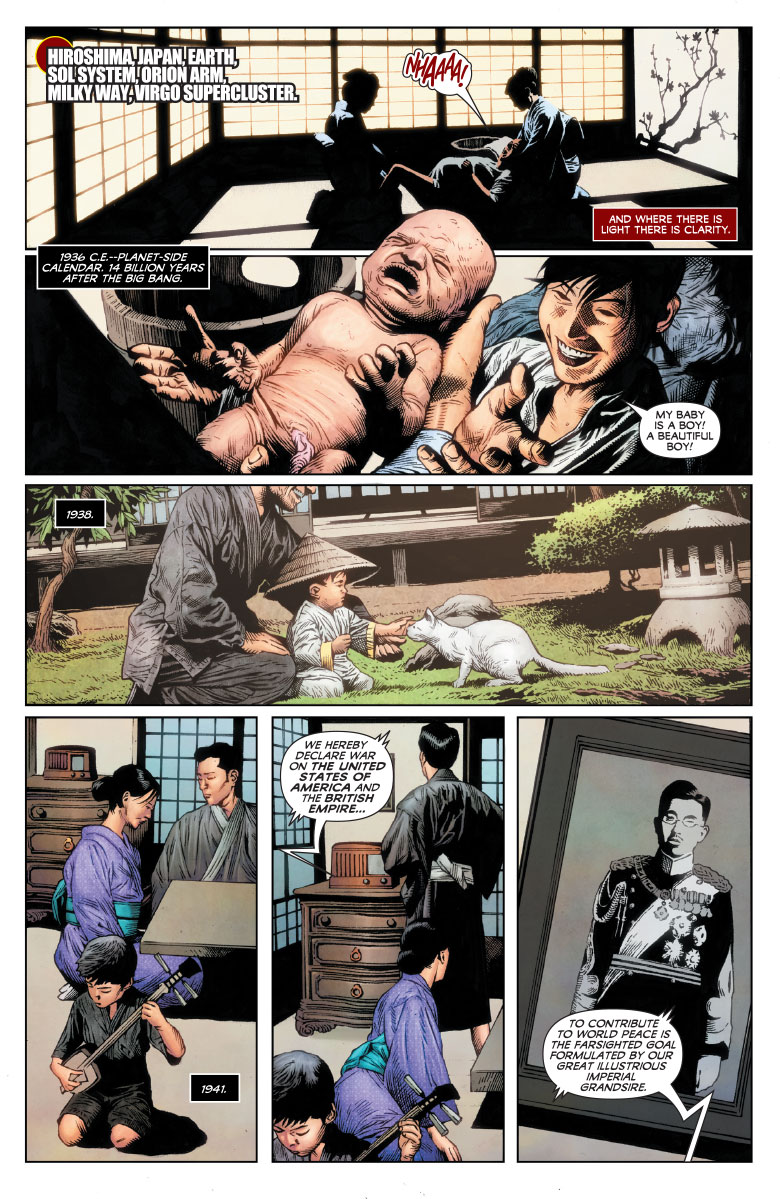 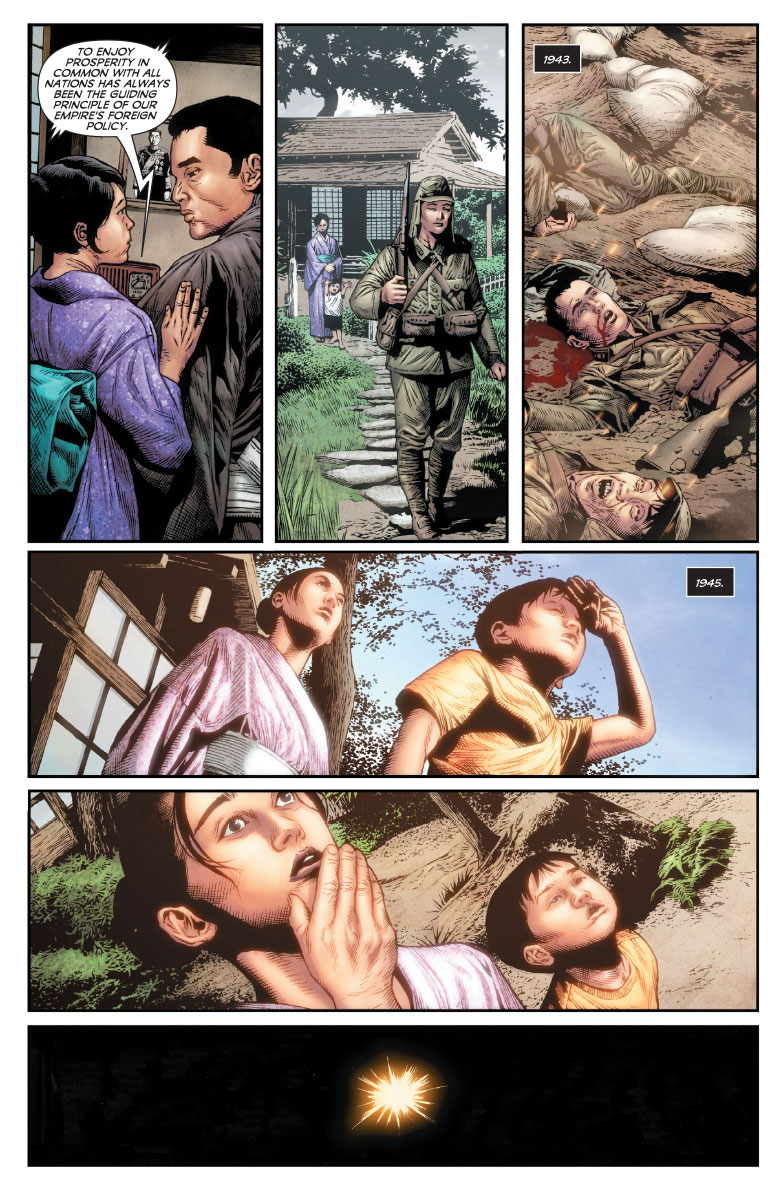 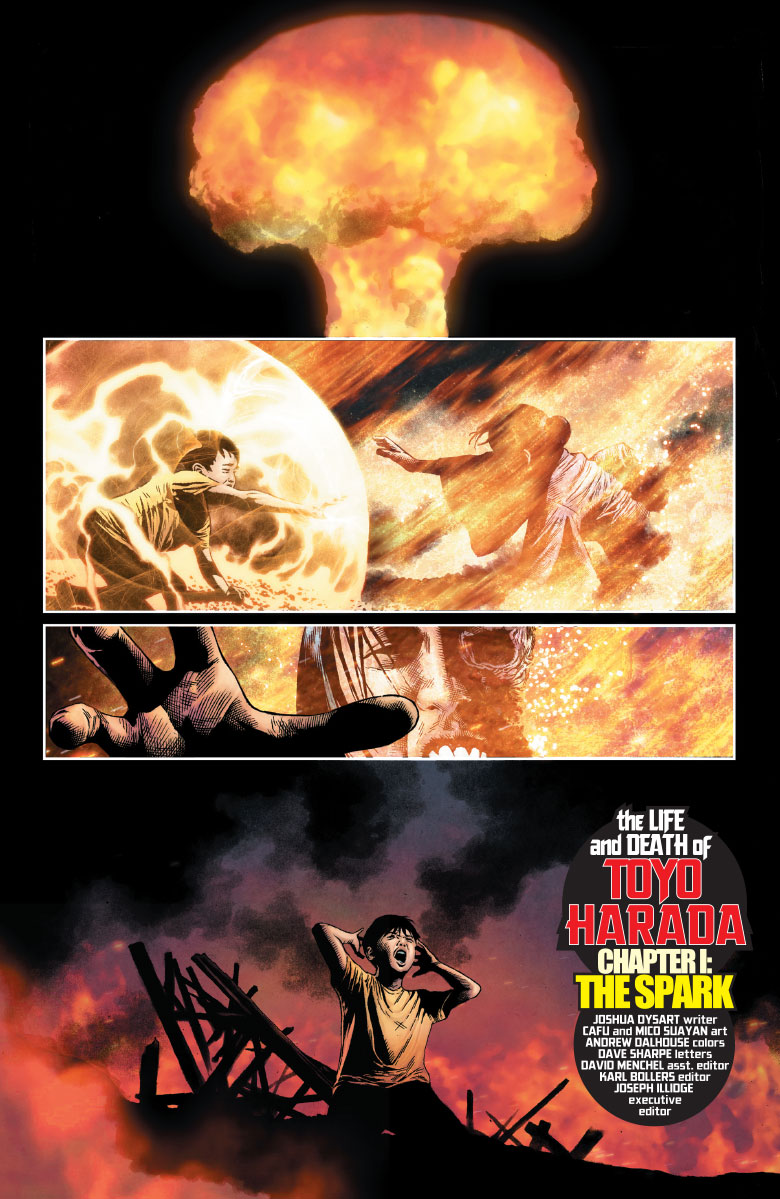 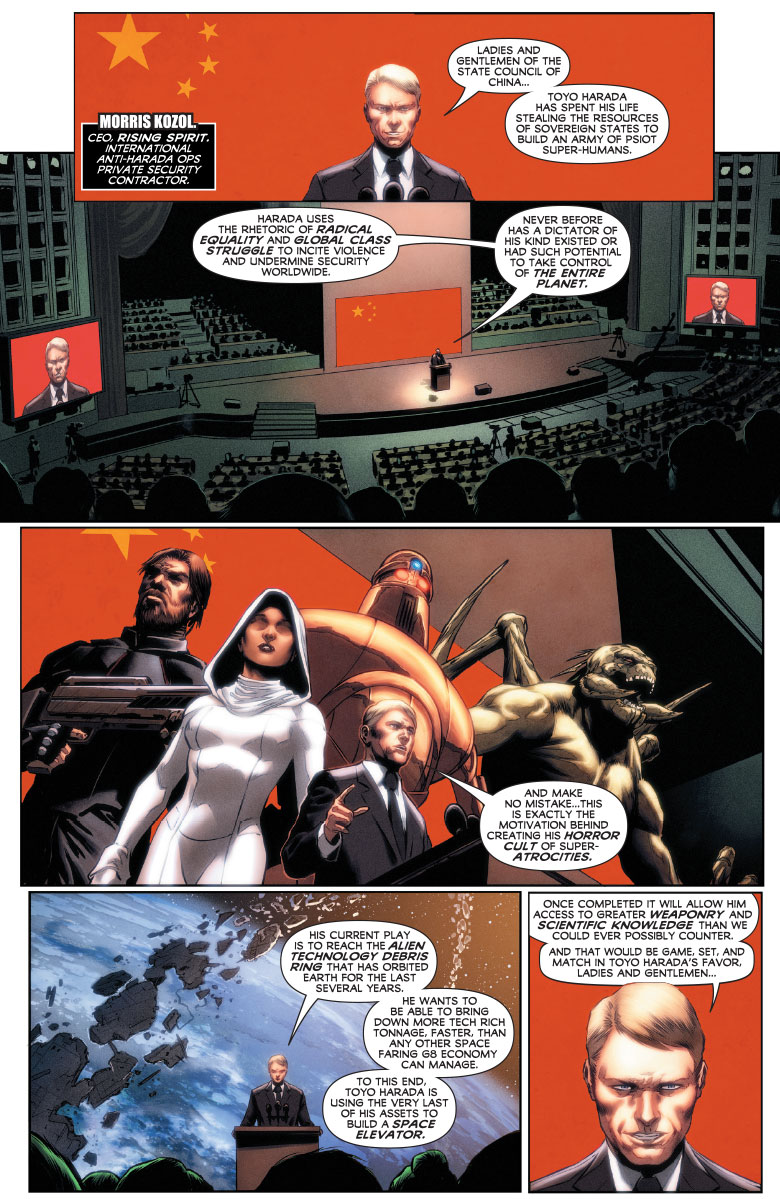 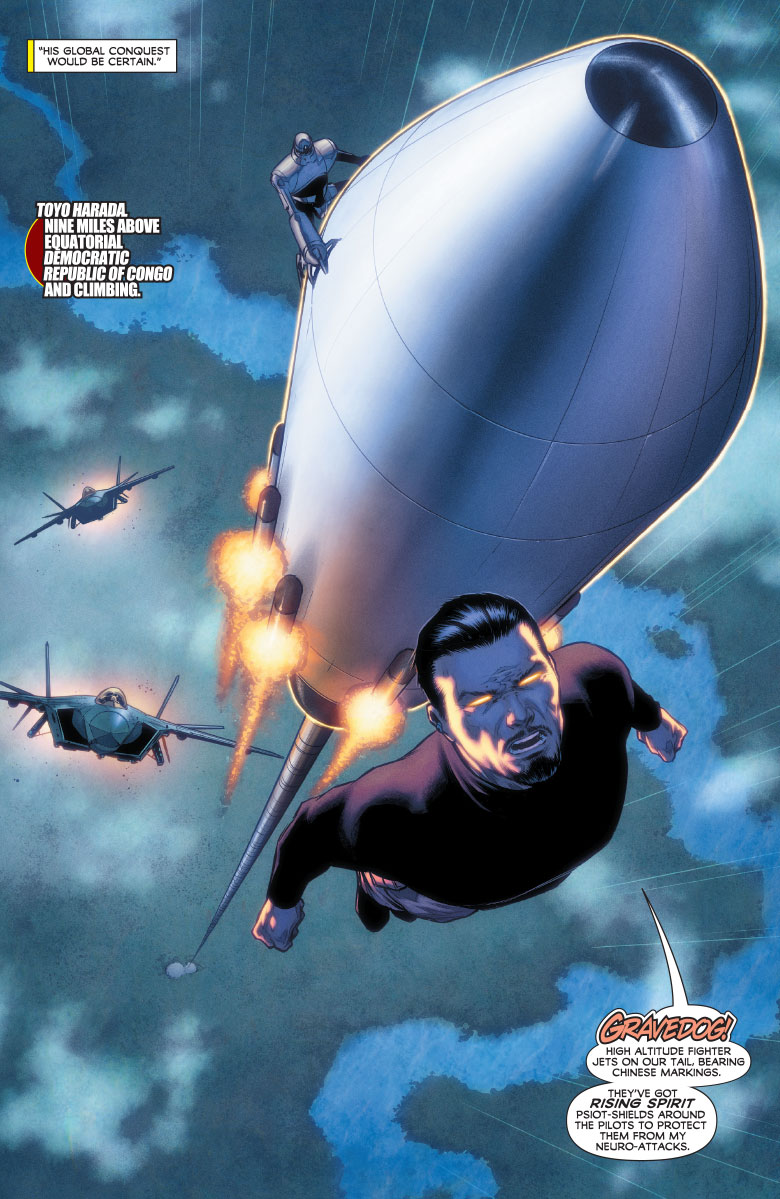 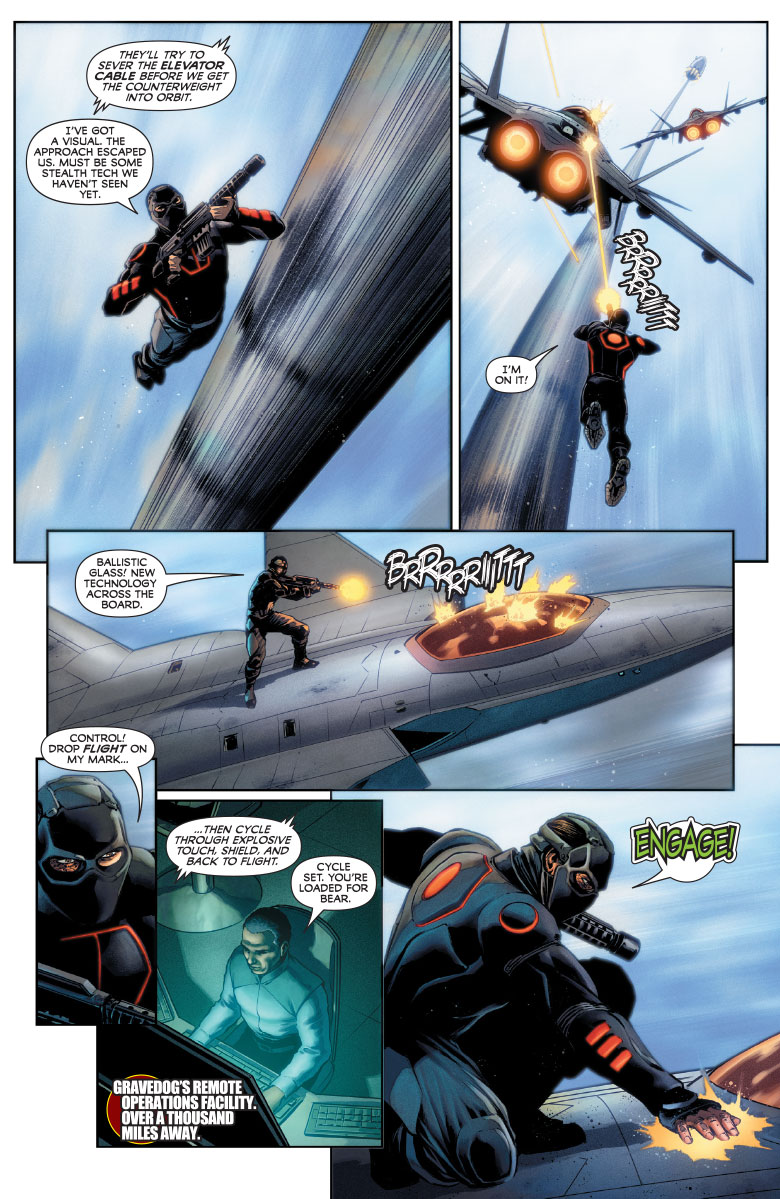