Cover Art of The Mask of Haliya: The Eye of the Serpent (Issue 1) 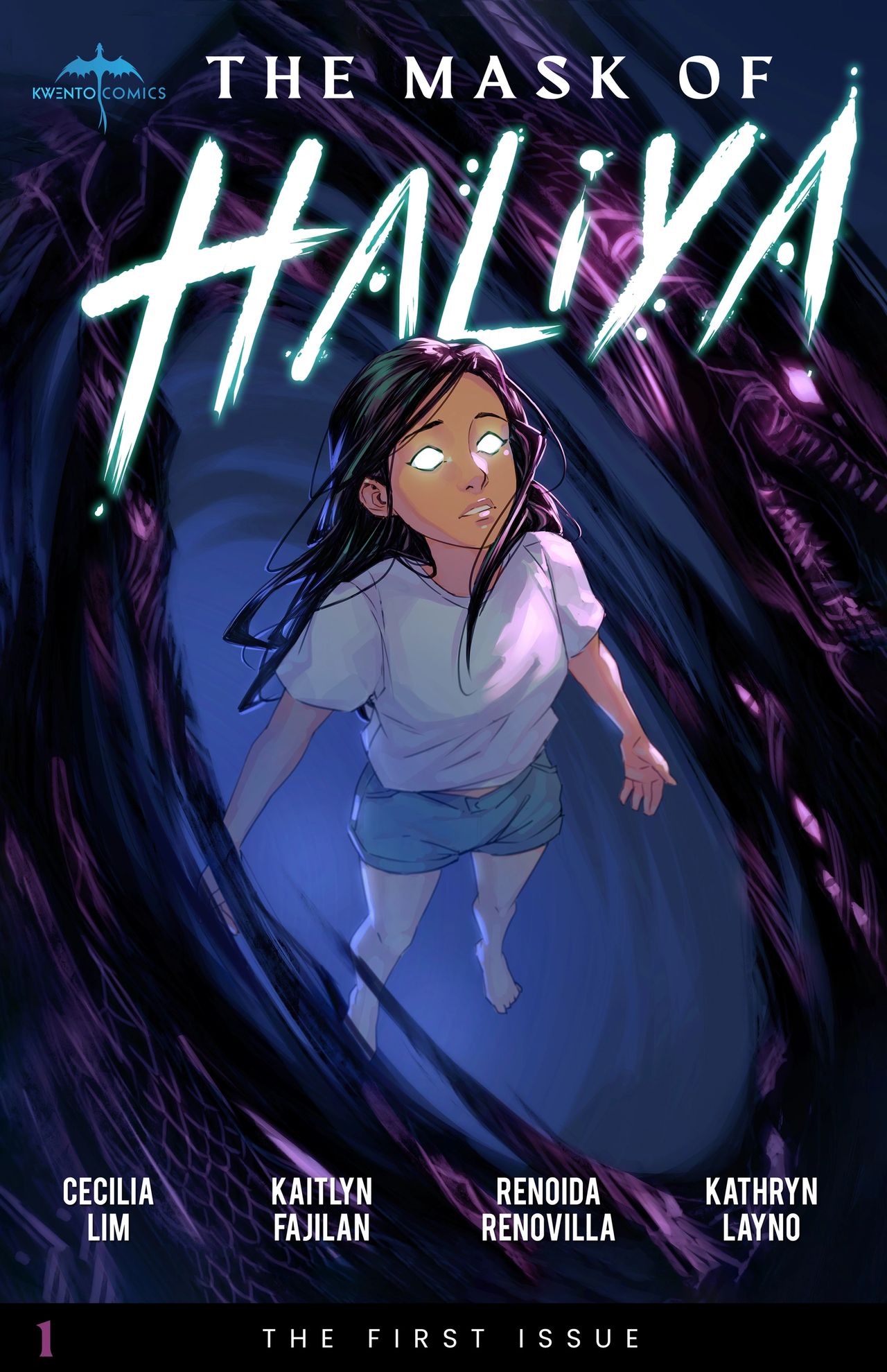 Los Angeles, CA (February 7, 2022) – Kwento Comics is proud to announce the upcoming release of their first graphic novel series, The Mask of Haliya. The first issue in the series, Eye of the Serpent, will be available on Saturday, March 5, 2022.

The Mask of Haliya is a young adult urban fantasy that follows the journey of a troubled Filipina-American teen who discovers a mysterious mask at her great-grandmother’s wake. A gritty drama inspired by Philippine mythology, the story engages with topics like mental health, intergenerational trauma, and corruption, with a major emphasis on its female characters.

Pre-orders for hard copies of The Mask of Haliya: Eye of the Serpent can be purchased now at www.kwentocomics.com. Pre-orders for digital copies can be made at the Amazon Kindle store. Paperback copies will also be available at select comic book stores nationwide in the US.