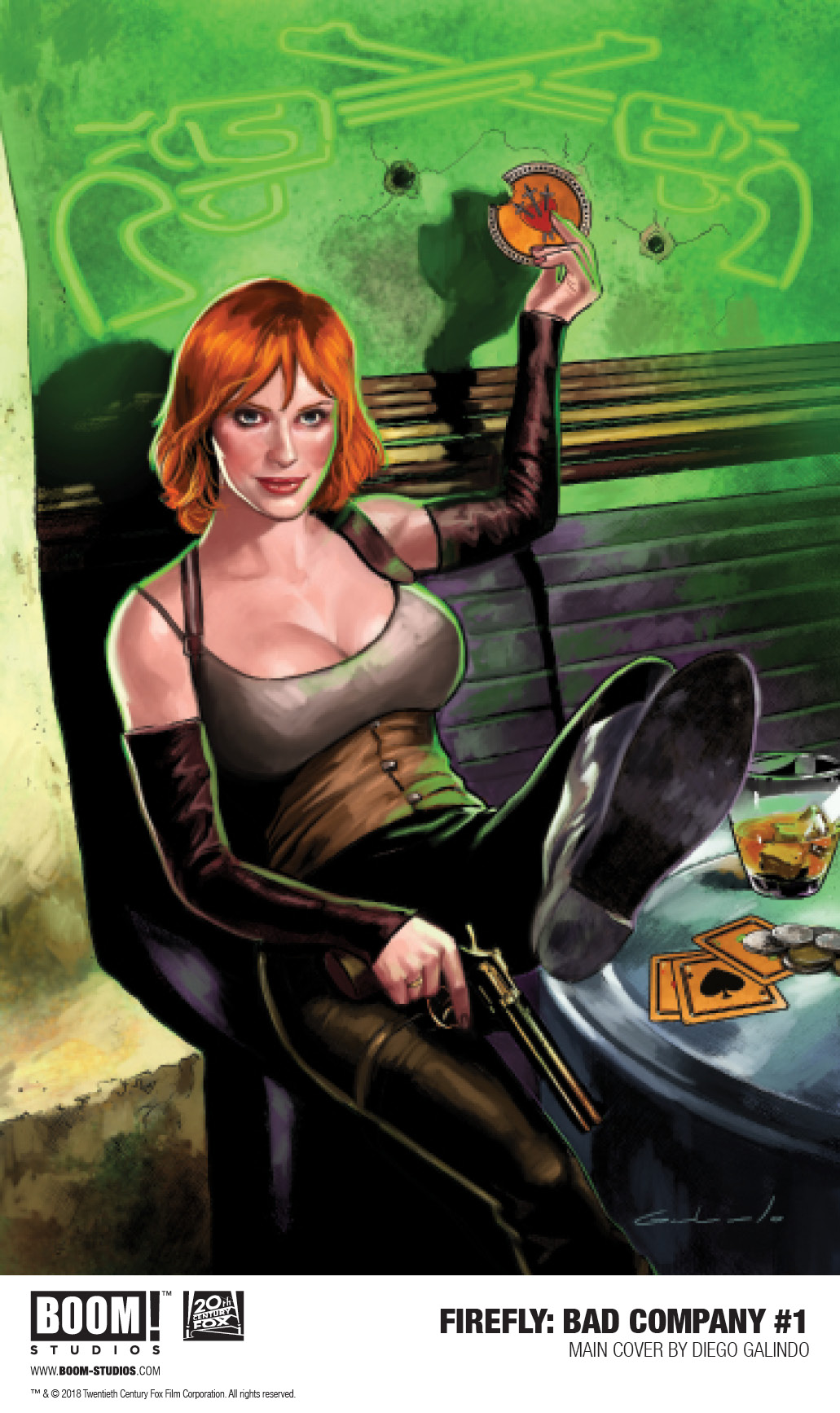 Writer Josh Lee Gordon and artists Francesco Mortarino (Mighty Morphin Power Rangers), Giuseppe Cafaro (Power Rangers: Soul of the Dragon), and Moy R. (Dinosaucers) reveal the long awaited origins of the most beloved Firefly character in the ’Verse—SAFFRON! Long before she was Yolanda or Saffron or Bridget, she was a pickpocket on the streets of an Alliance planet, close enough to touch the rich and admire their wealth yet too far to ever dream of being a part of their glamorous world. Go all the way back to the early days of Saffron’s story and learn how she became the extraordinary grifter and master thief who’s wreaked countless havoc throughout the ‘Verse and caused especial trouble for Serenity and her crew, including the current bounty on Mal’s head in the pages of Firefly…unless she’s lying about this, too.

“Saffron is an enigma wrapped in a mystery surrounded by a puzzle, but at the heart of all the fake names and complicated lies is a woman who learned early on how to fend for herself and who knew that if she wanted anything in life, she had to go out and grab it,” said Jeanine Schaefer, Executive Editor, BOOM! Studios. “BAD COMPANY takes us on an eye-opening journey through Saffron’s early adventures as we discover the daring escapades that helped the infamous YoSaffBridge craft each new layer of mystery and intrigue around herself to become the baddest woman in the entire system.”

Print copies of FIREFLY: BAD COMPANY #1 will be available for sale on March 20, 2019, exclusively at local comic book shops (use comicshoplocator.com to find the nearest one). Digital copies can be purchased from content providers, including comiXology, iBooks, Google Play, and the BOOM! Studios app. 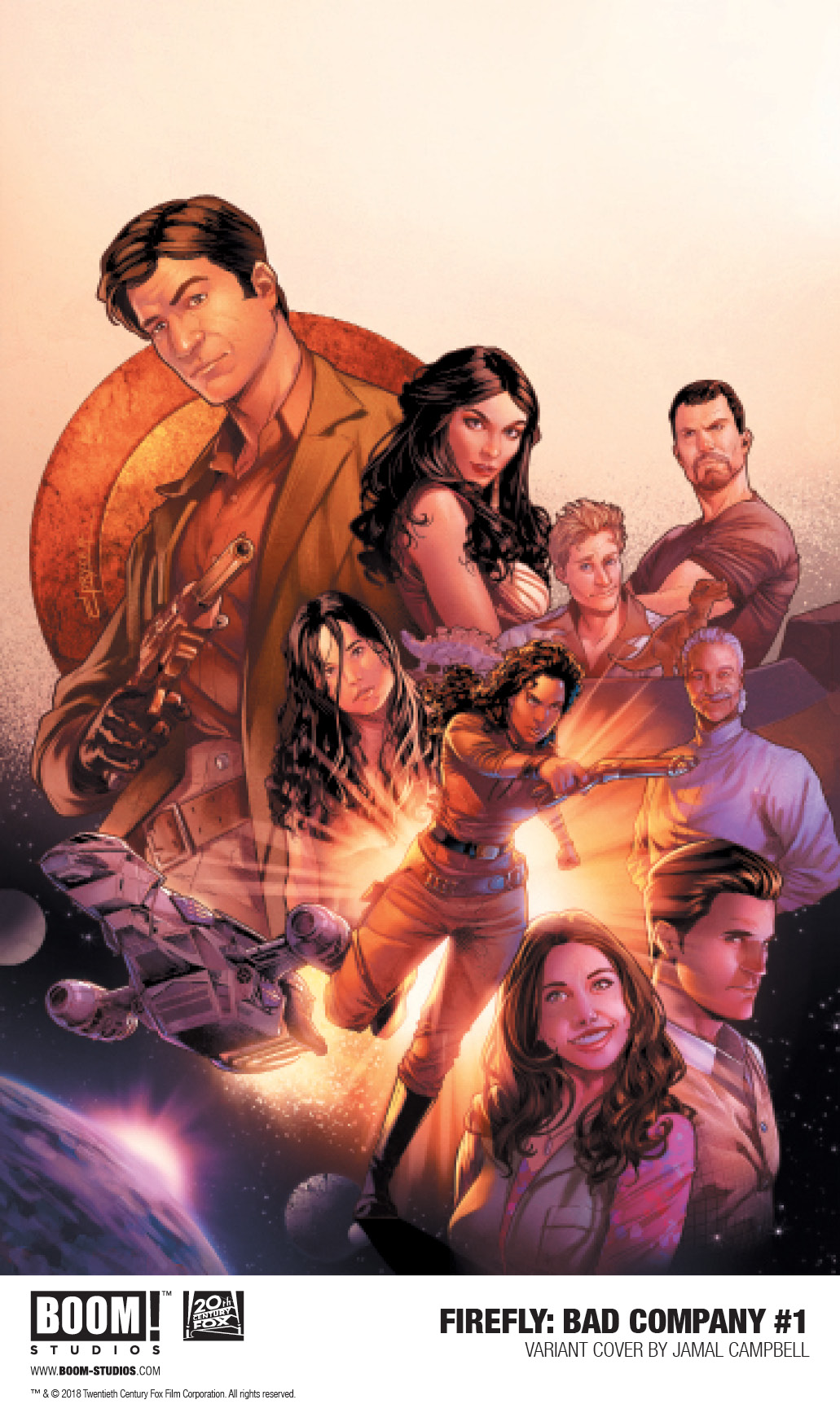 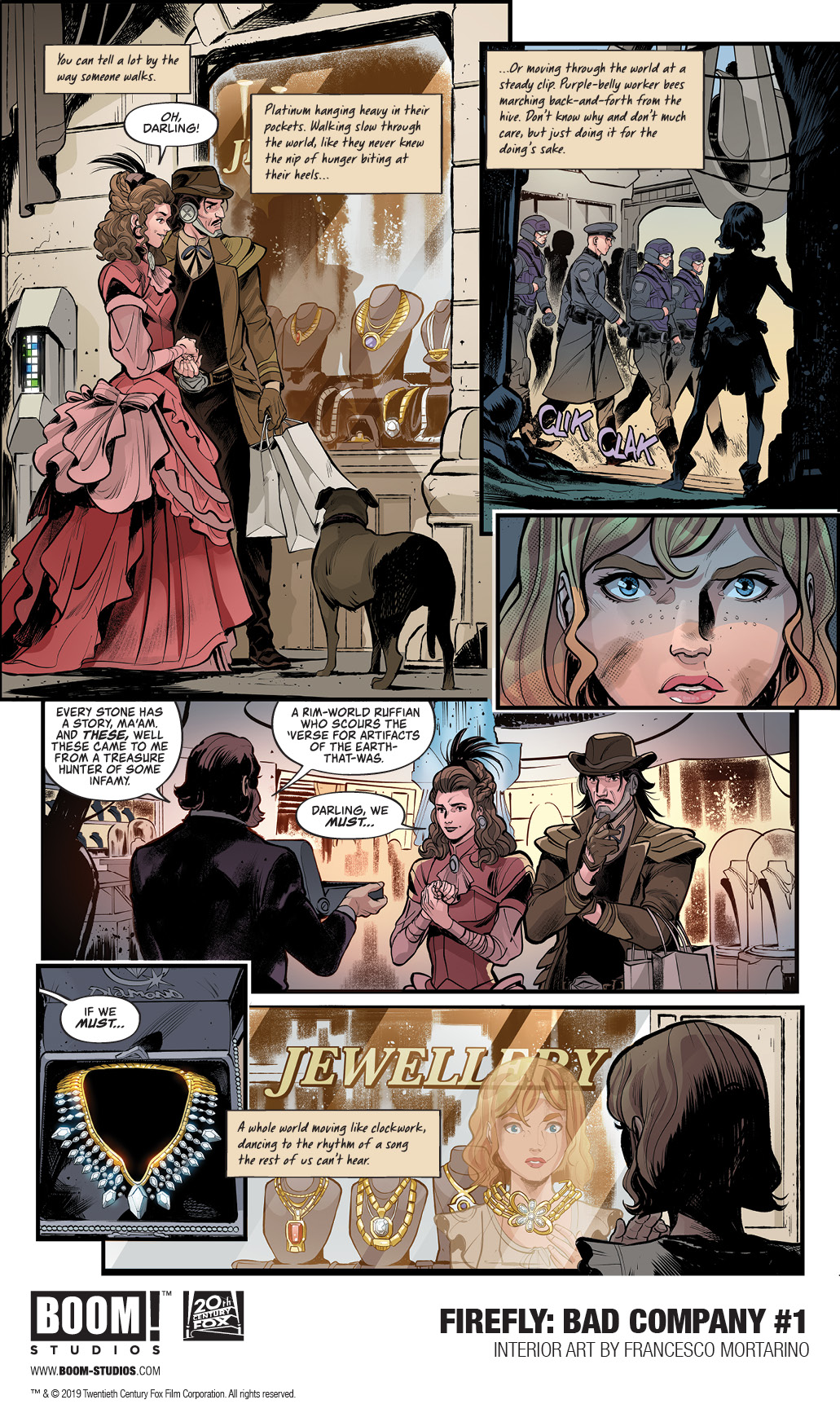 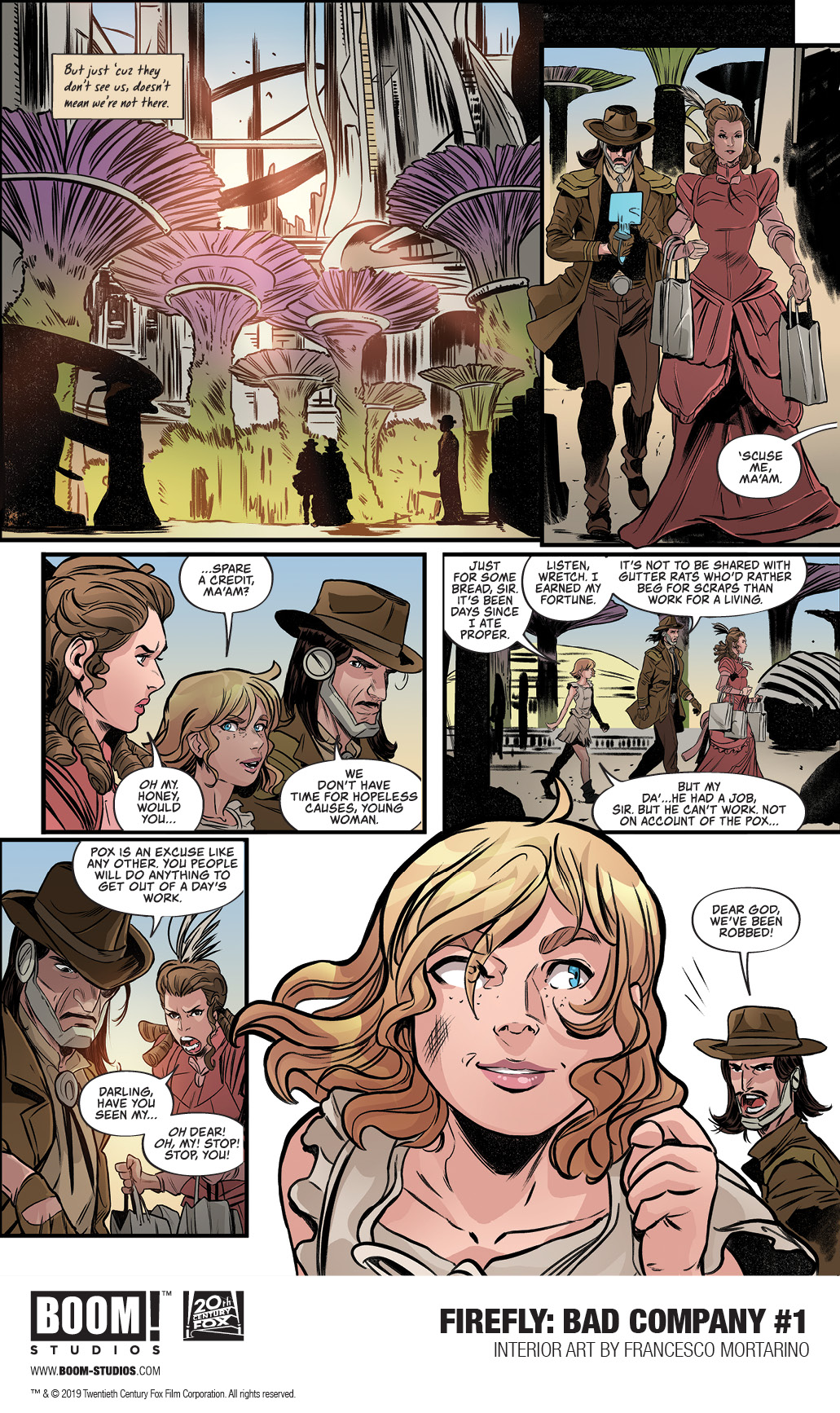 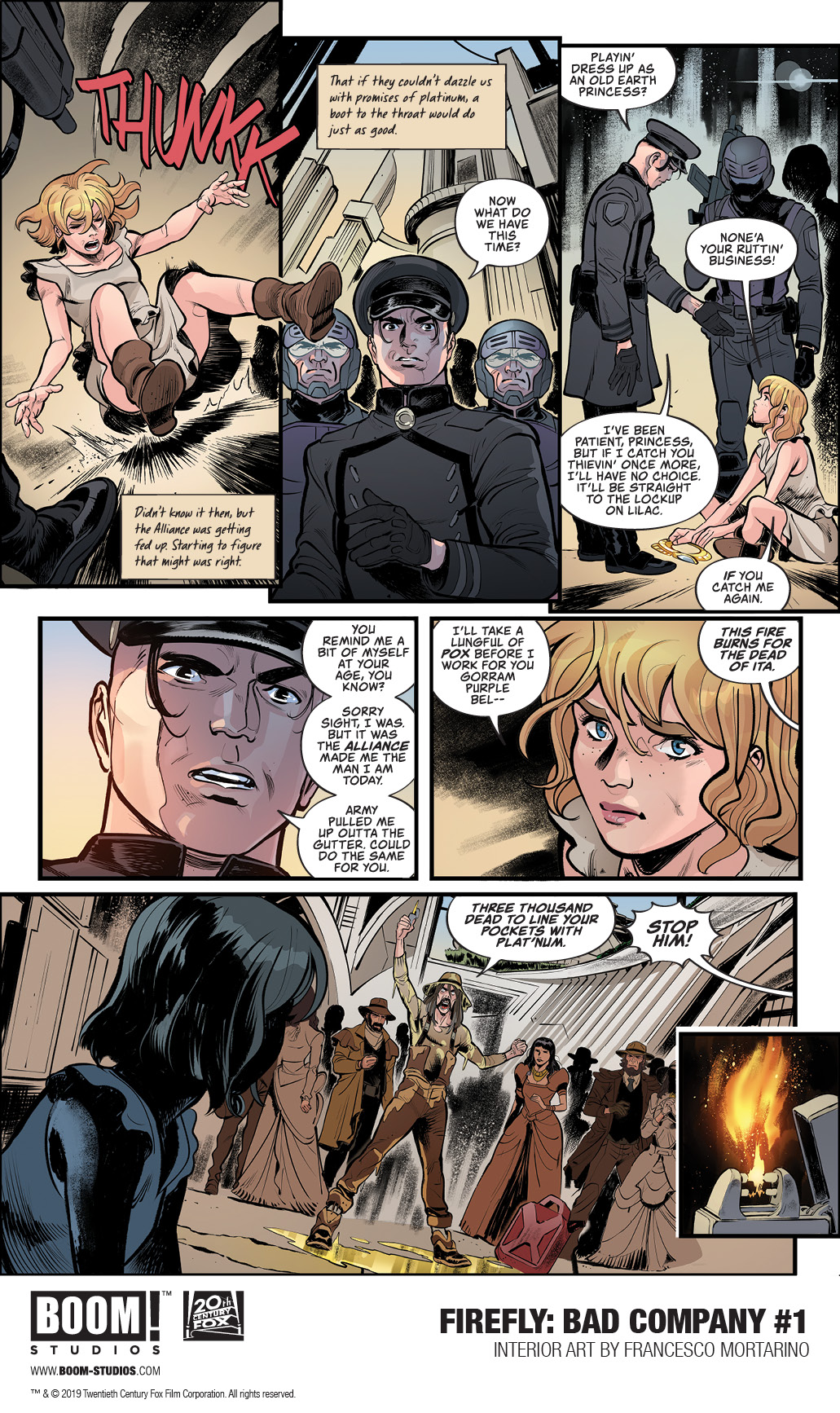 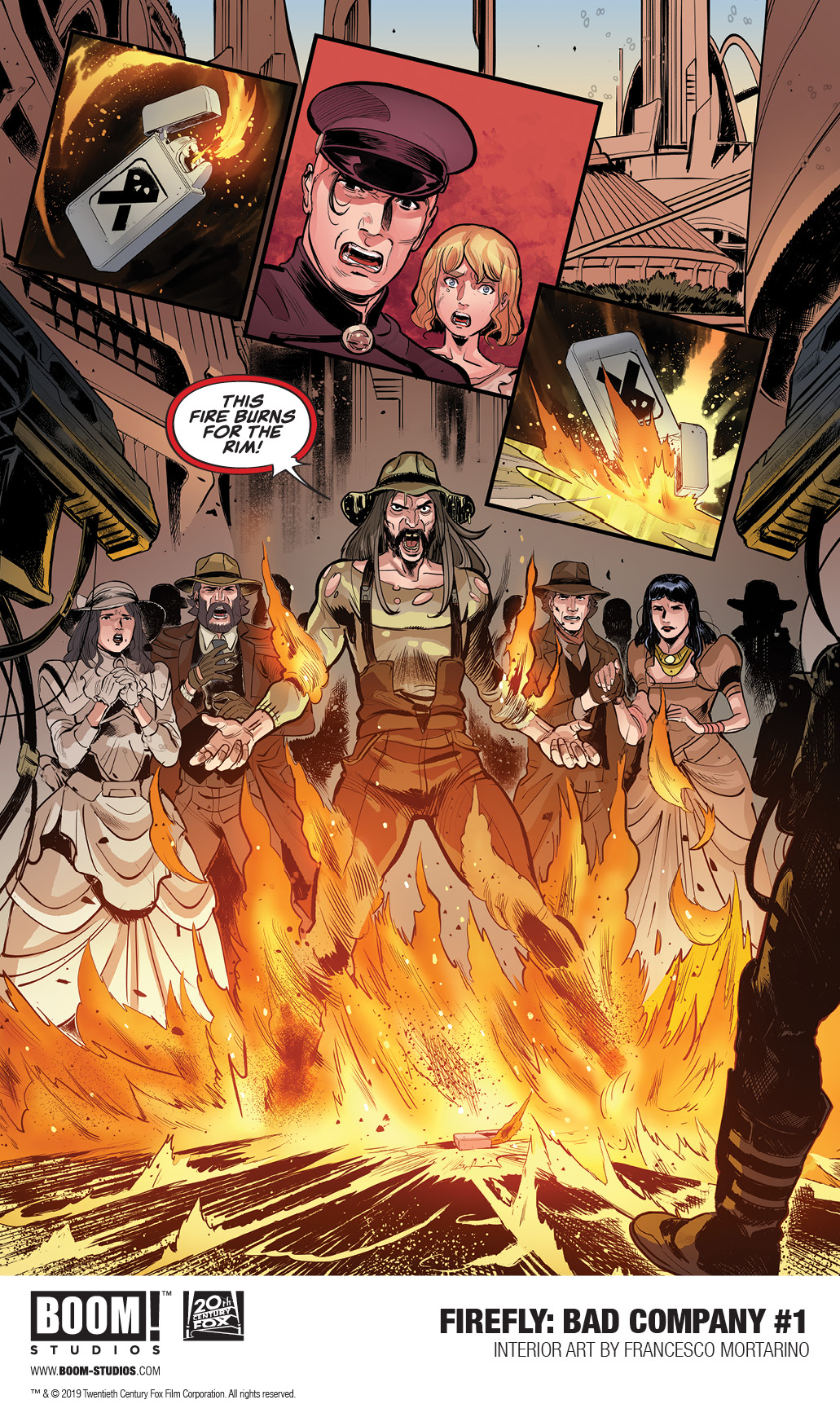 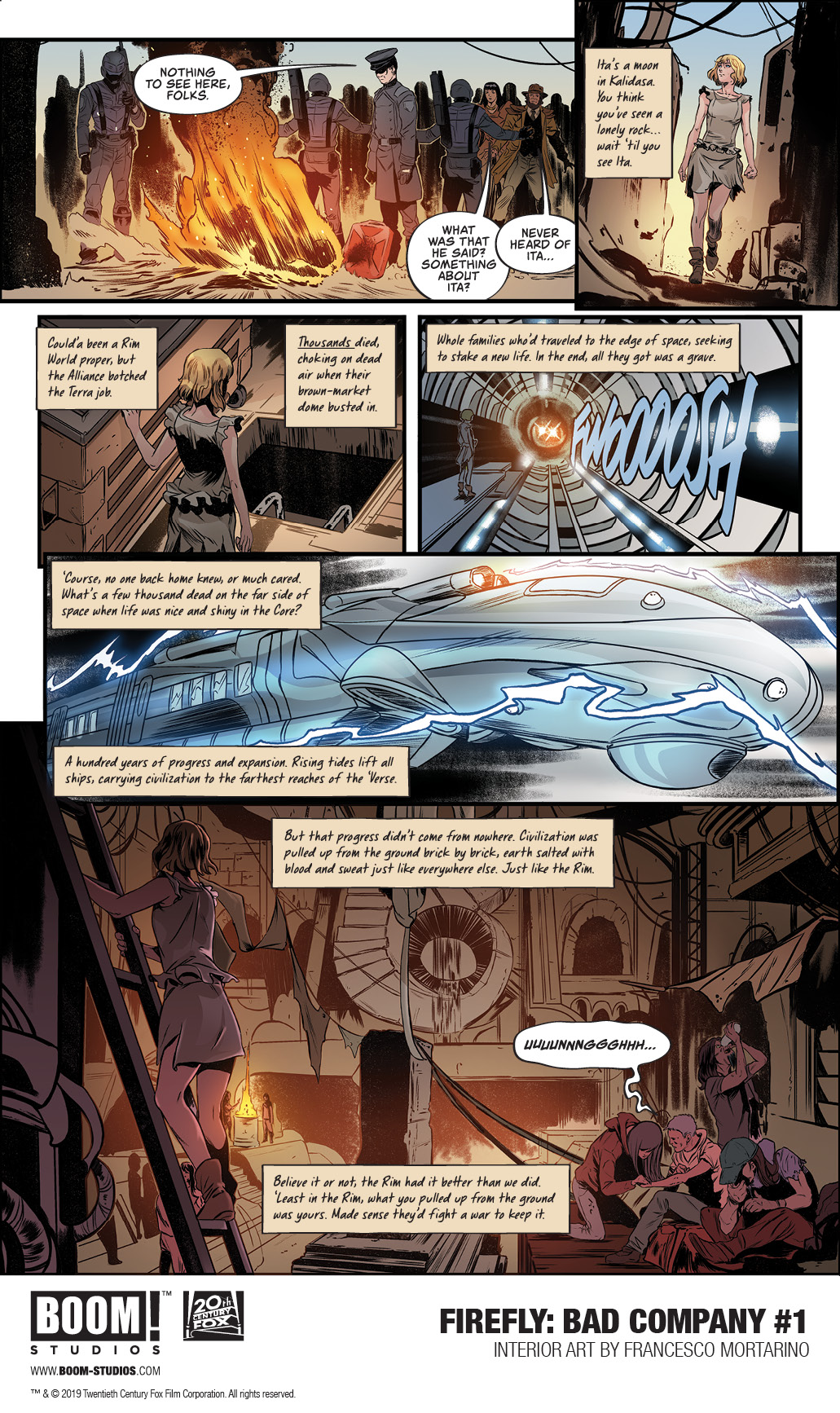