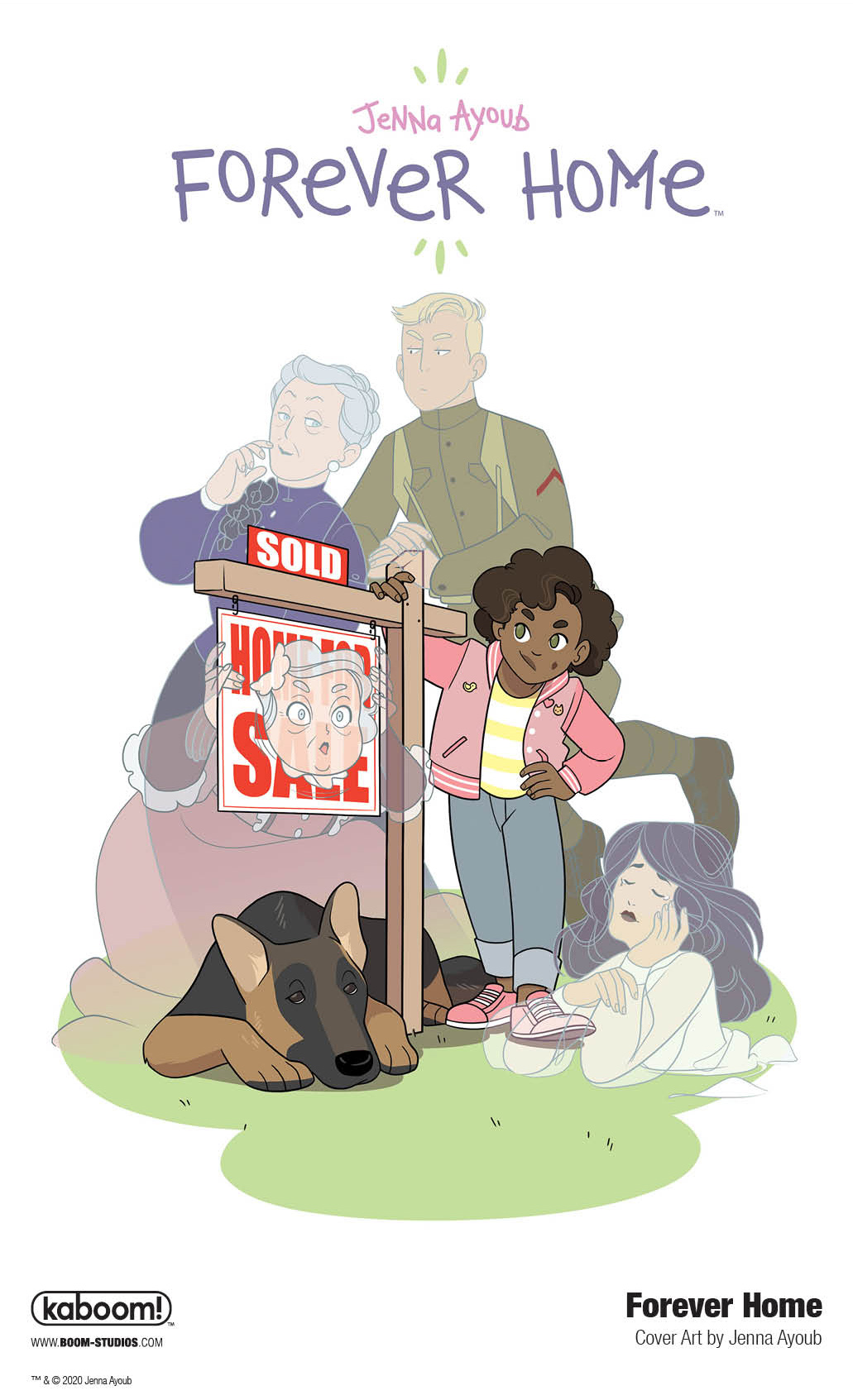 Willow has had a nomadic childhood—with two parents in the military, staying put has become a pipe dream. And when the family arrives at their latest stop— the historic Hadleigh House— Willow encounters something that doesn’t help her chances of finding home… ghosts!

Hadleigh House’s spectral residents have been scaring off would-be homebuyers for decades, and they intend to keep the house to themselves. But Willow’s not about to let some nagging spirits force her to move for the millionth time. As Willow spends time in the house and gains the ghosts’ respect through her own strong will to stay in the house no matter what, they find that all of them belong there. Together, the restless spirits are finally able to find some peace, and Willow finds a home.

Then it’s just a matter of convincing Willow’s parents that this old house is the one for them- ghosts included.

Jenna Ayoub is a comic artist and writer who began her career as an inker and has since worked as an illustrator for comic book series including, Adventure Time, Regular Show, and The Amazing World of Gumball with BOOM! Studios. Her latest project is the graphic novel FOREVER HOME, which she has both written and illustrated.

“FOREVER HOME has been a very fun, and very personal project for me. It has given me the chance to pay homage to the spirits that I love—many of whom are actually still alive and hopefully will appreciate the little parts that they contributed to this story,” said cartoonist Jenna Ayoub. “I’m very excited to bring this adventure to life, and hope that it will bring readers as much joy as it has brought me.”

FOREVER HOME is the latest release from BOOM! Studios’ award-winning KaBOOM! Imprint, home to comics for middle grade and younger readers including original series like Just Beyond by R.L. Stine and Kelly & Nichole Matthews, Hex Vet by Sam Davies, RuinWorld by Derek Laufman, Hotel Dare by Terry Blas and Claudia Aguirre, Pandora’s Legacy by Kara Leopard and Kelly & Nichole Matthews, as well as Wonder Pony by Marie Spénale and the upcoming Space Bear by Ethan Young, along with licensed series such as Adventure Time, Steven Universe, Regular Show, Ben 10, and Over the Garden Wall.

“I’ve been excited about this book since the pitch first came in, and now having the chance to work with Jenna and watch her bring Willow and the charming, funny, and heartfelt world of FOREVER HOME to life is an absolute joy,” said Bryce Carlson, Vice President, Editorial & Creative Strategy, BOOM! Studios. “Jenna is an incredible talent whose debut graphic novel weaves a heartwarming tale about a young girl who finally finds a place she can call home and the lengths she’ll go to protect the place—and those living and unliving inside—that she loves.”

Print copies of FOREVER HOME will be available for sale in November 2020 at local comic book shops (use comicshoplocator.com to find the nearest one), bookstores or at the BOOM! Studios webstore. Digital copies can be purchased from content providers, including comiXology, iBooks, Google Play, and Madefire.

For continuing news on FOREVER HOME and more from BOOM!, stay tuned to www.boom-studios.com and follow @boomstudios on Twitter. 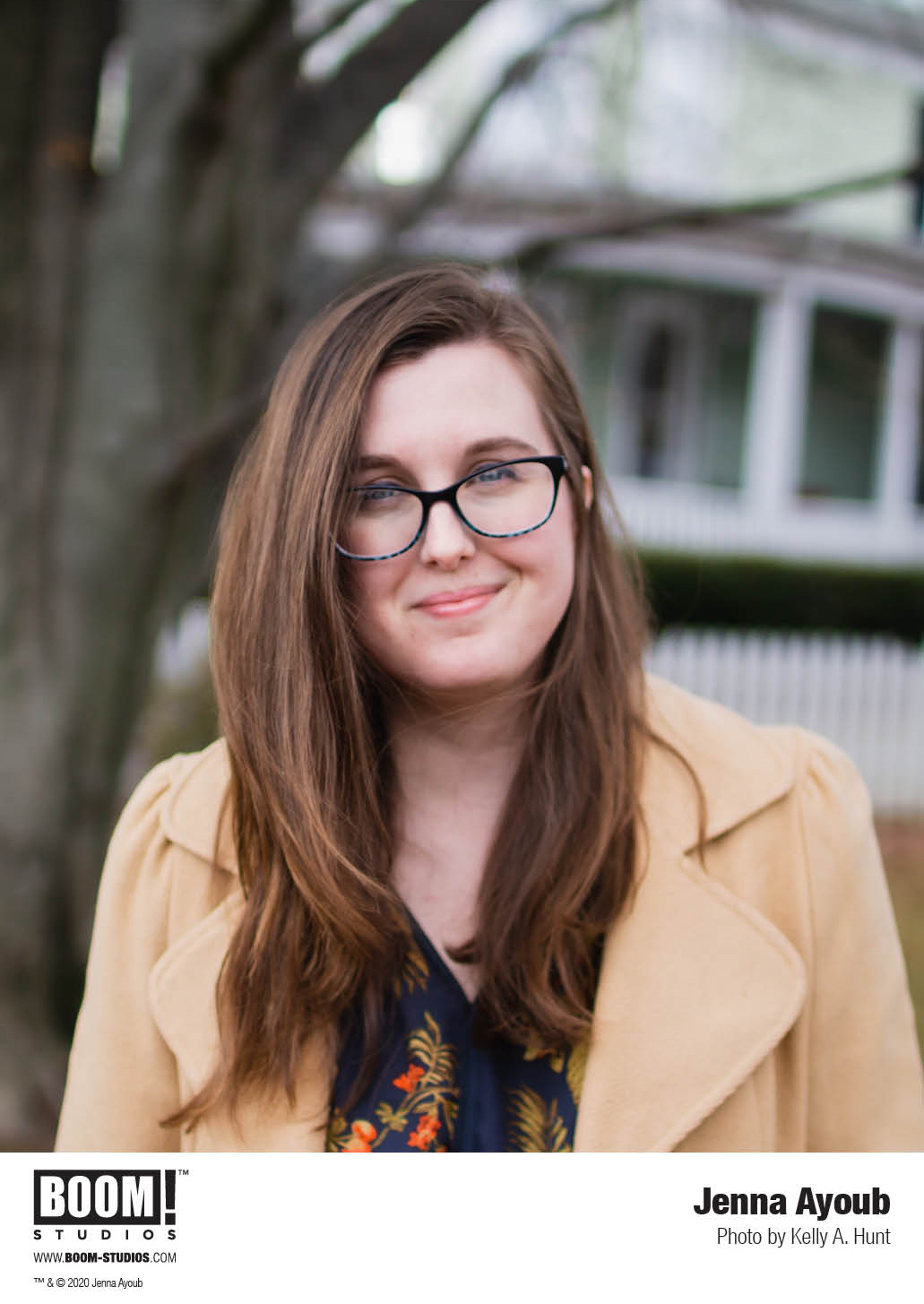