PORTLAND, OR, 10/16/2018 — D.J. Kirkbride and Nikos Koutsis’ new series ERRAND BOYS gained critical acclaim upon launch with customers snapping up ERRAND BOYS #1. The series is poised to become a critical darling for those looking to add a high-octane adventure story to their pull-list.

In the future, if you can’t find a decent job, you run errands—the dangerous, often illegal kind. In ERRAND BOYS, readers met 30-year-old Jace Lopaz, a hard-worn scoundrel and a lifelong solo act—until he’s saddled with his 13-year-old half-brother Tawnk full-time. Now Jace has two mouths to feed while evading the law, running from aliens, and jumping off skyscrapers. The only thing weirder than the vastness of space is family. 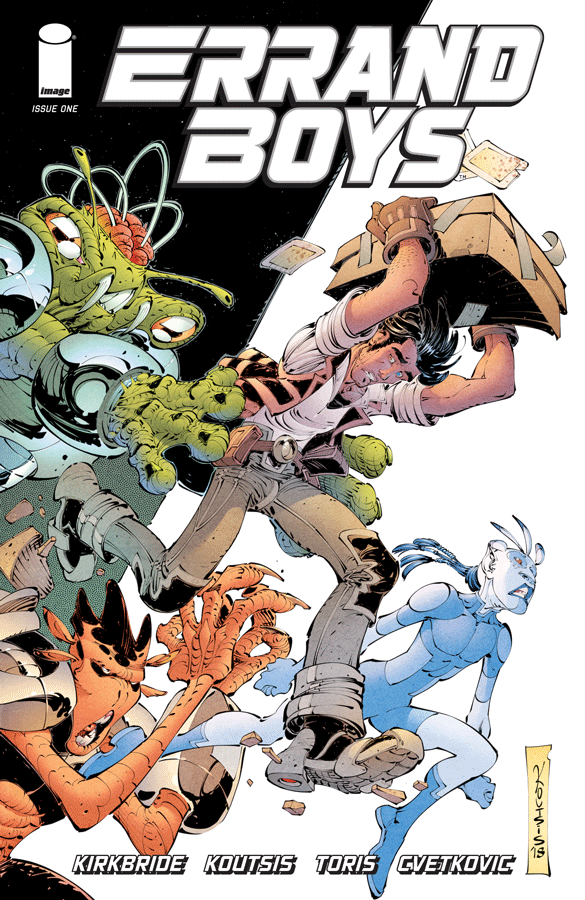 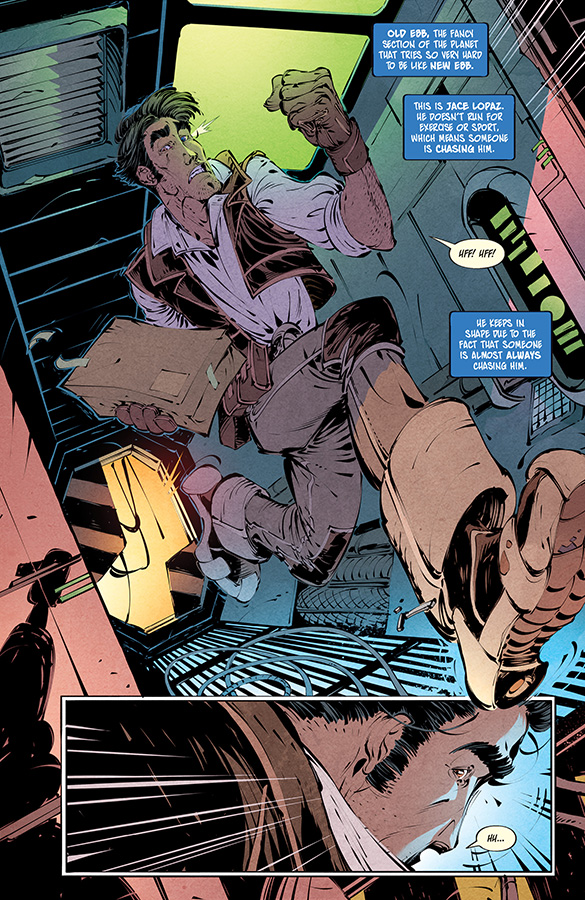 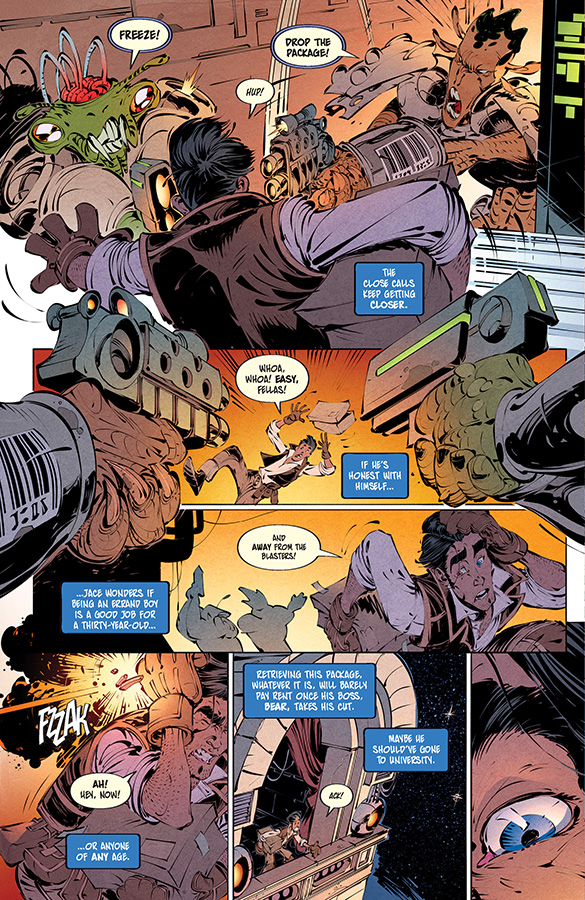 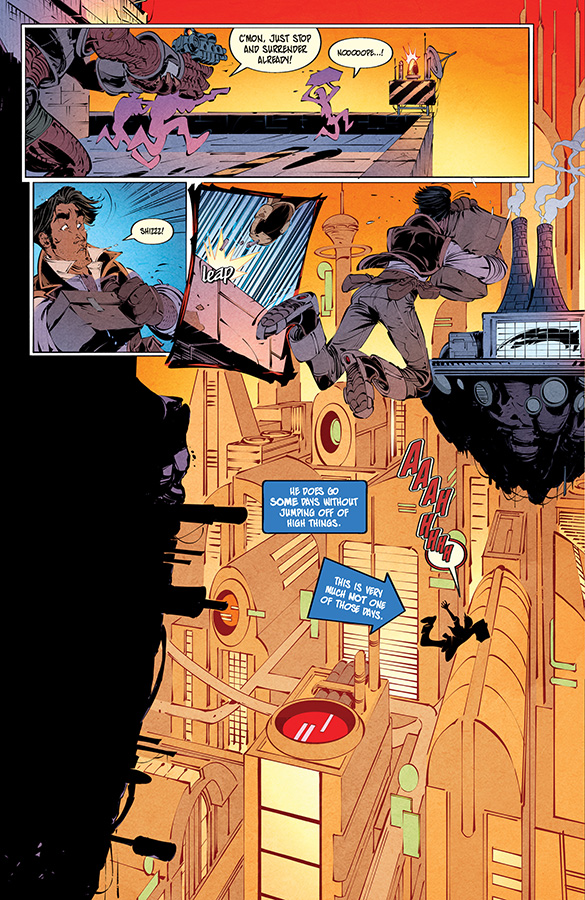 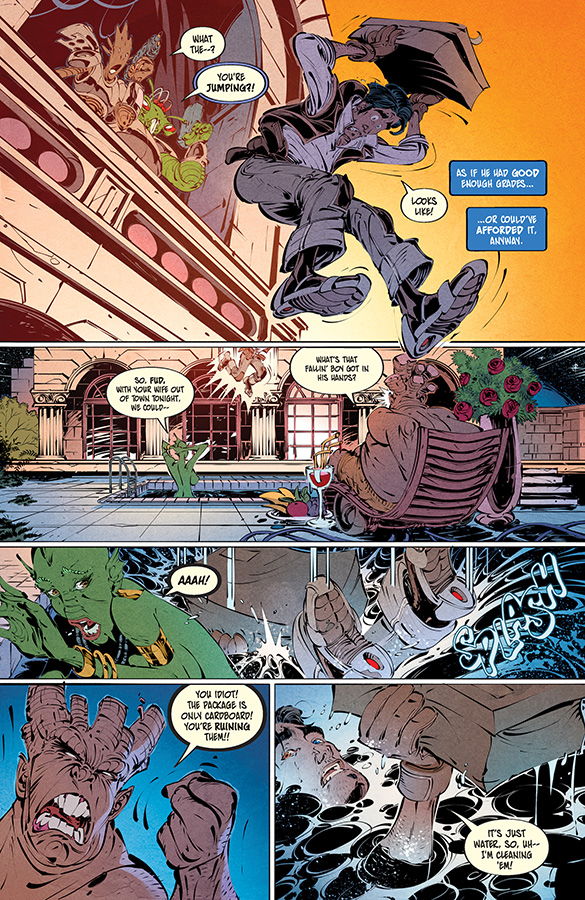 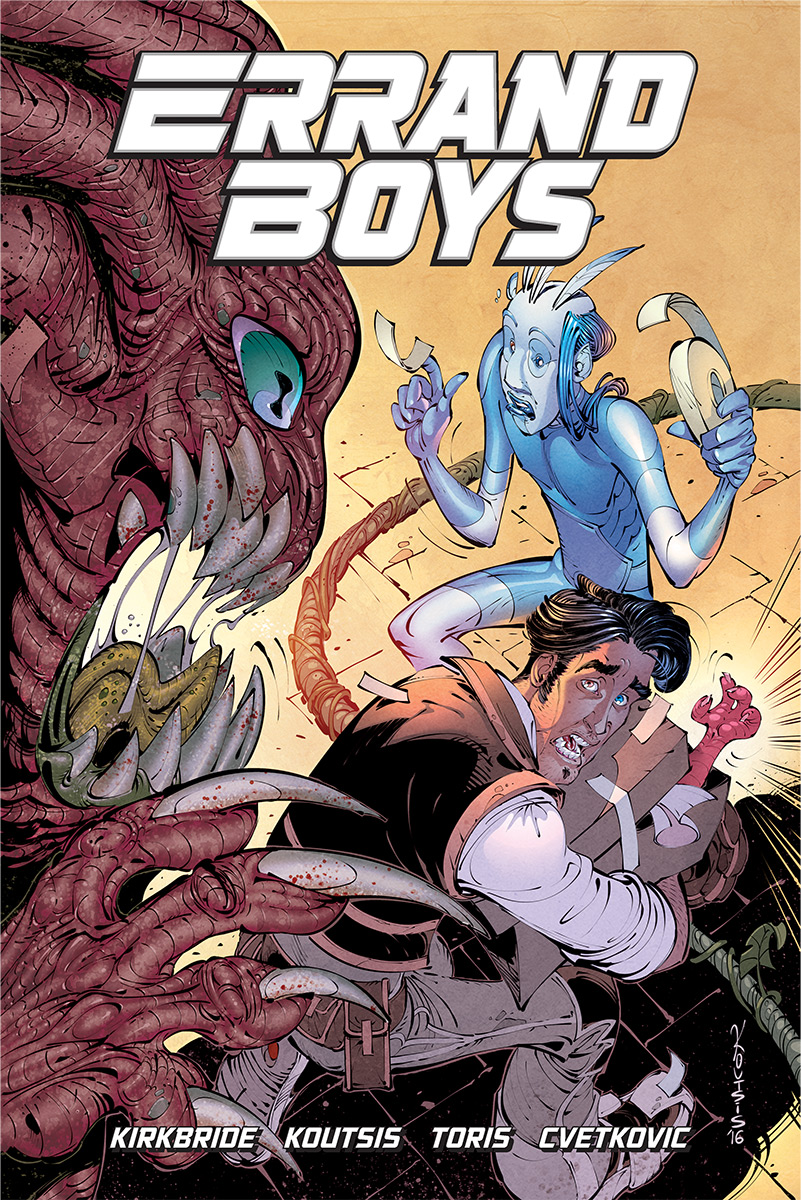