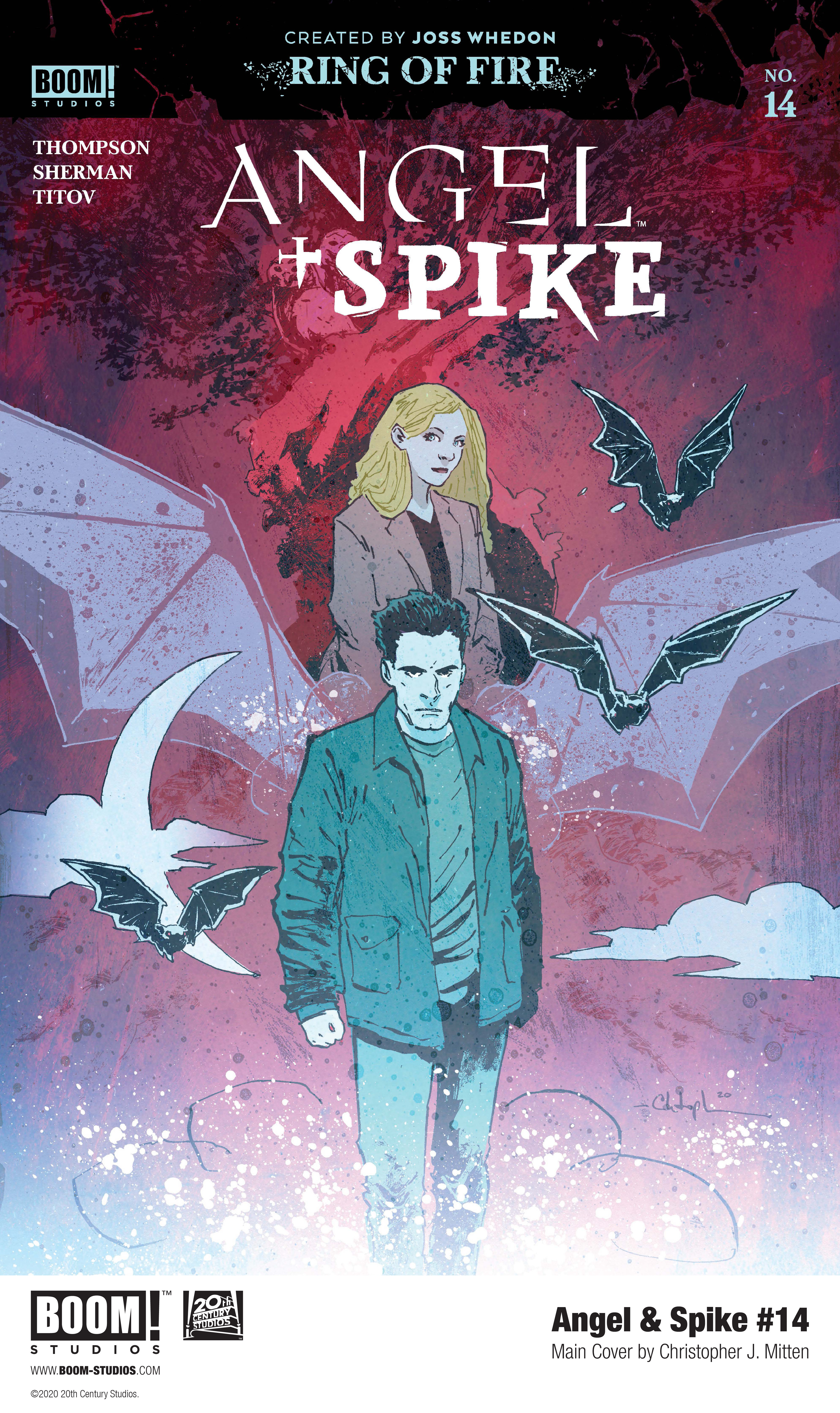 Detective Kate Lockley is getting pulled further into Angel’s supernatural world, but may have a connection to his violent past that neither of them ever expected! Meanwhile, Fred taps into a dangerous new magic…and that may just be part of Wolfram & Hart’s master plan. As the supernatural crime fighting team faces more danger than ever, they encounter a brand new threat and a familiar face in a strange new place . . . the fan favorite werewolf Oz!

ANGEL & SPIKE is the newest release from BOOM! Studios’ eponymous imprint, home to critically acclaimed original series, including Once & Future by Kieron Gillen and Dan Mora; Something is Killing the Children by James Tynion IV and Werther Dell’Edera; Faithless by Brian Azzarello and Maria Llovet; Abbott by Saladin Ahmed and Sami Kivelä; Bury The Lede by Gaby Dunn and Claire Roe; Folklords by Matt Kindt and Matt Smith; The Red Mother by Jeremy Haun and Danny Luckert; Seven Secrets by Tom Taylor and Daniele Di Nicuolo; and the upcoming We Only Find Them When They’re Dead by Al Ewing and Simone Di Meo. The imprint also publishes popular licensed properties including Joss Whedon’s Firefly from Greg Pak and Dan McDaid; Buffy the Vampire Slayer from Jordie Bellaire and Ramon Bachs; and Mighty Morphin Power Rangers from Ryan Parrott and Daniele Di Nicuolo.

Print copies of ANGEL & SPIKE #14 will be available for sale on September 23, 2020 exclusively at local comic book shops (use comicshoplocator.com to find the one nearest you). Digital copies can be purchased from content providers, including comiXology, iBooks, Google Play, and Madefire. 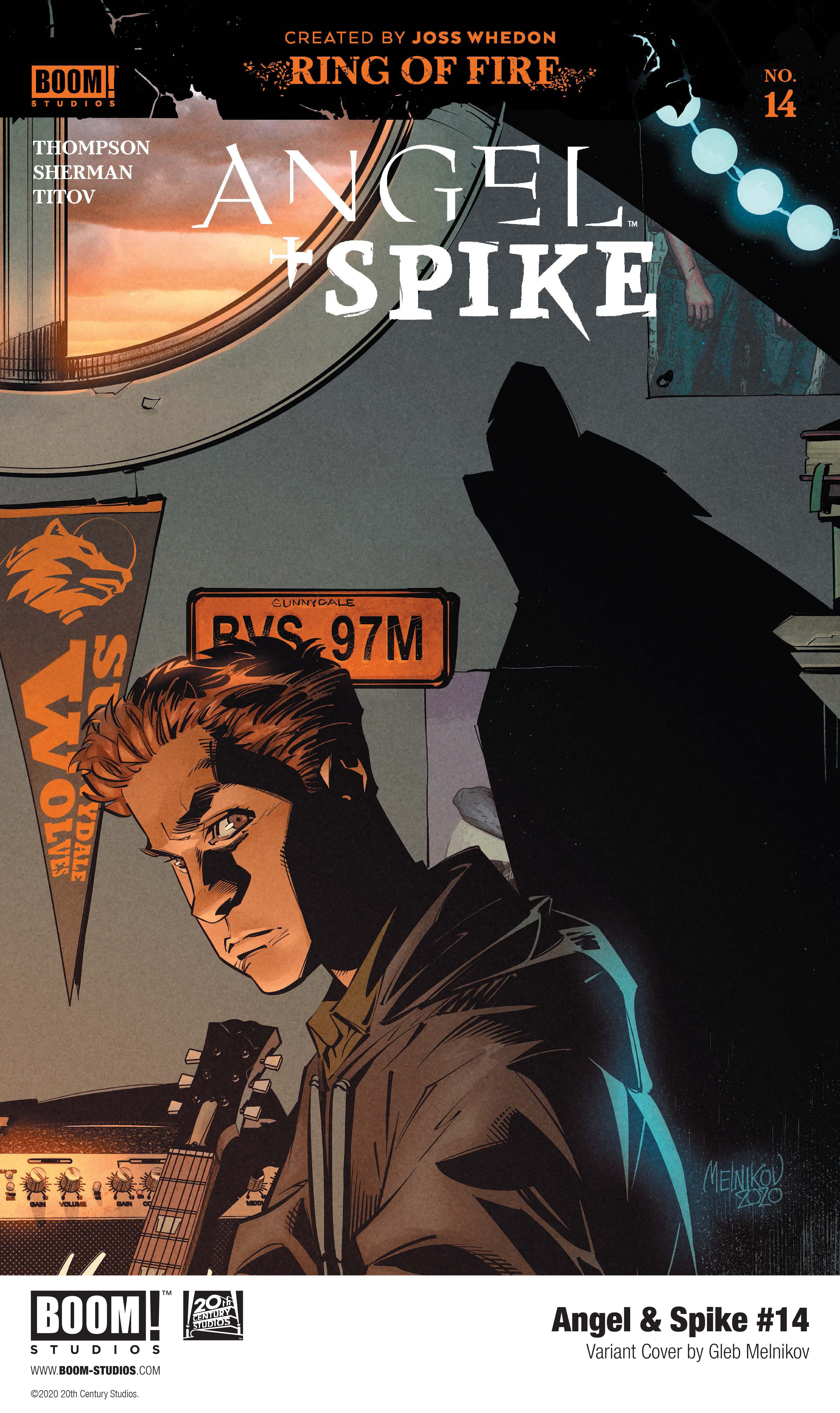 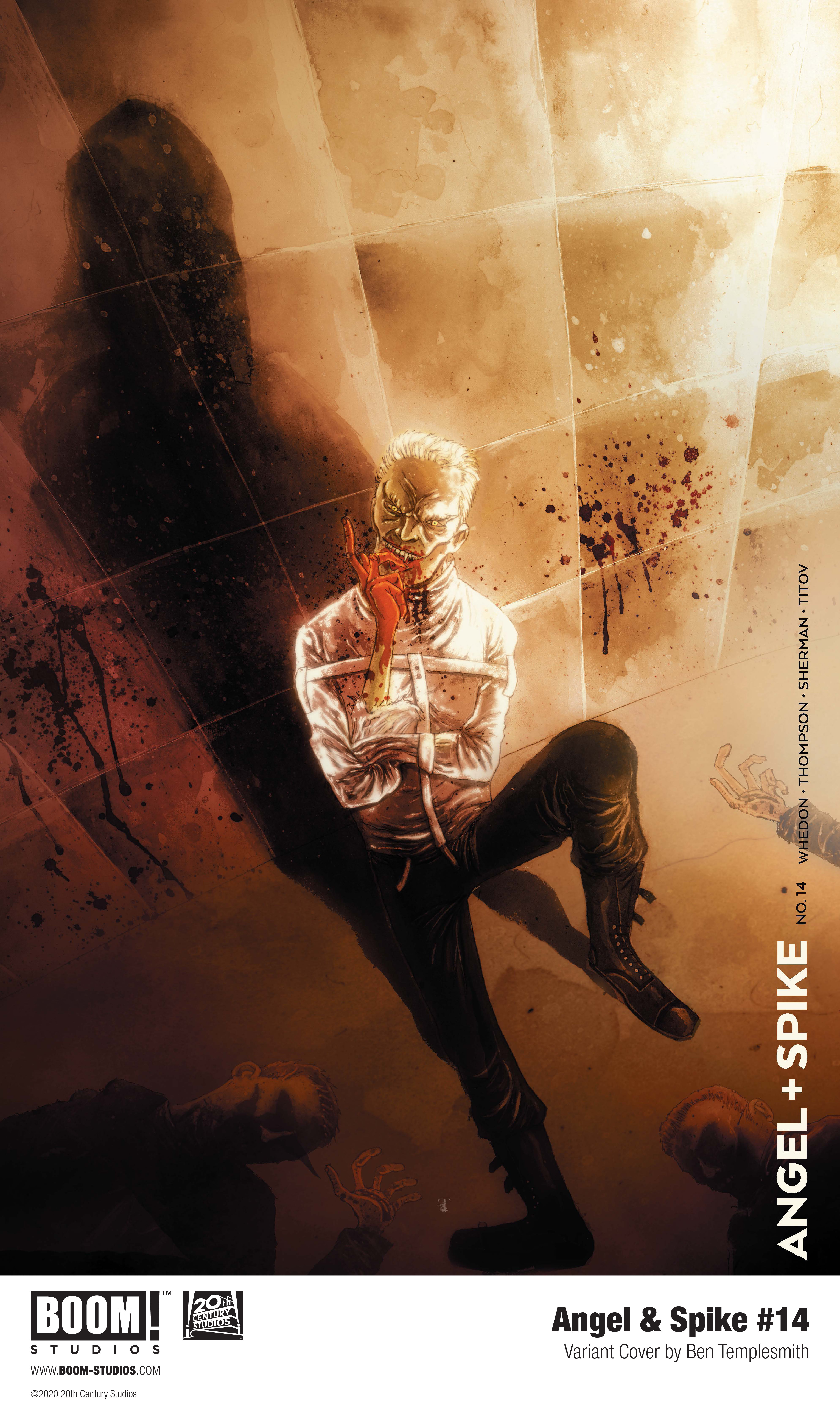 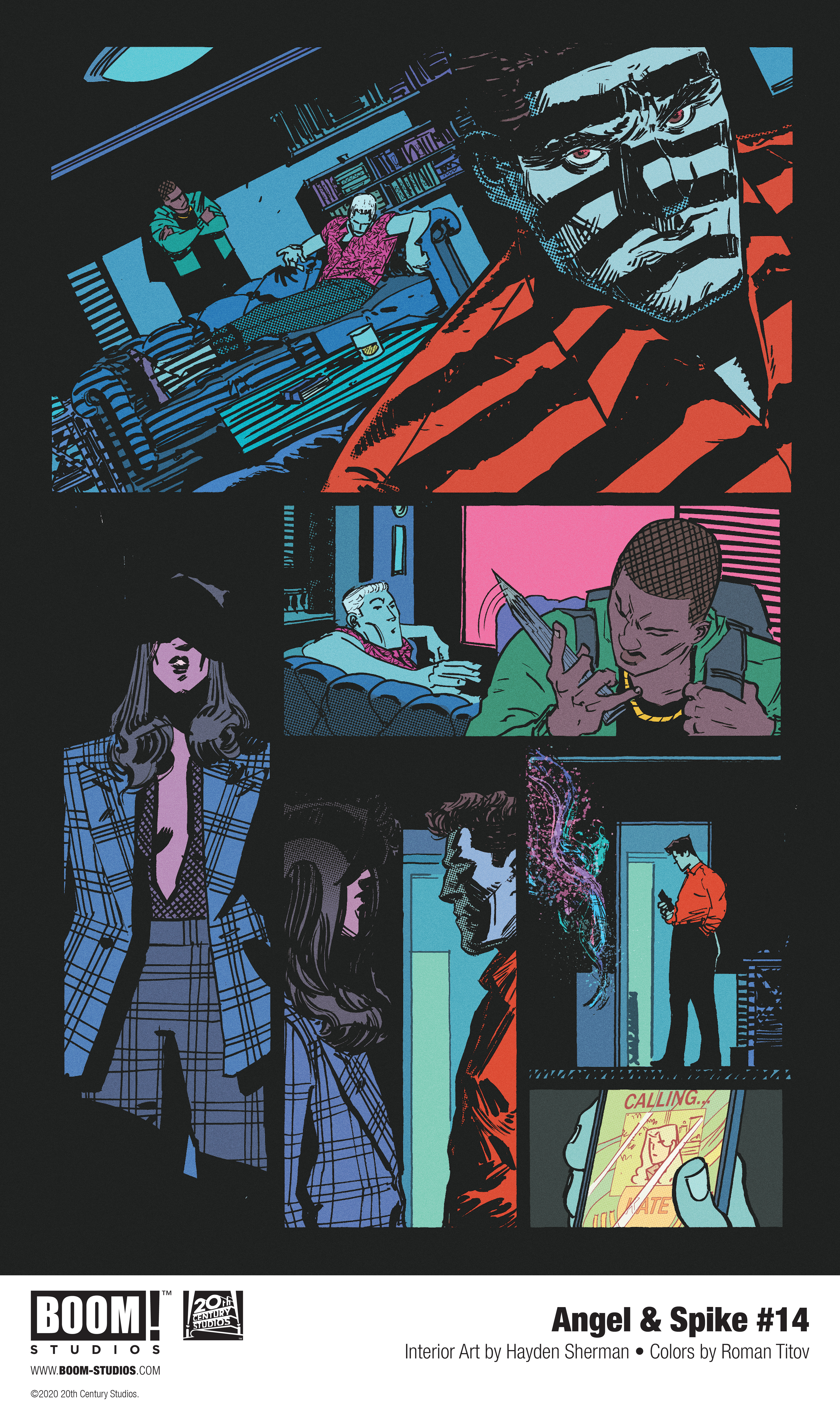 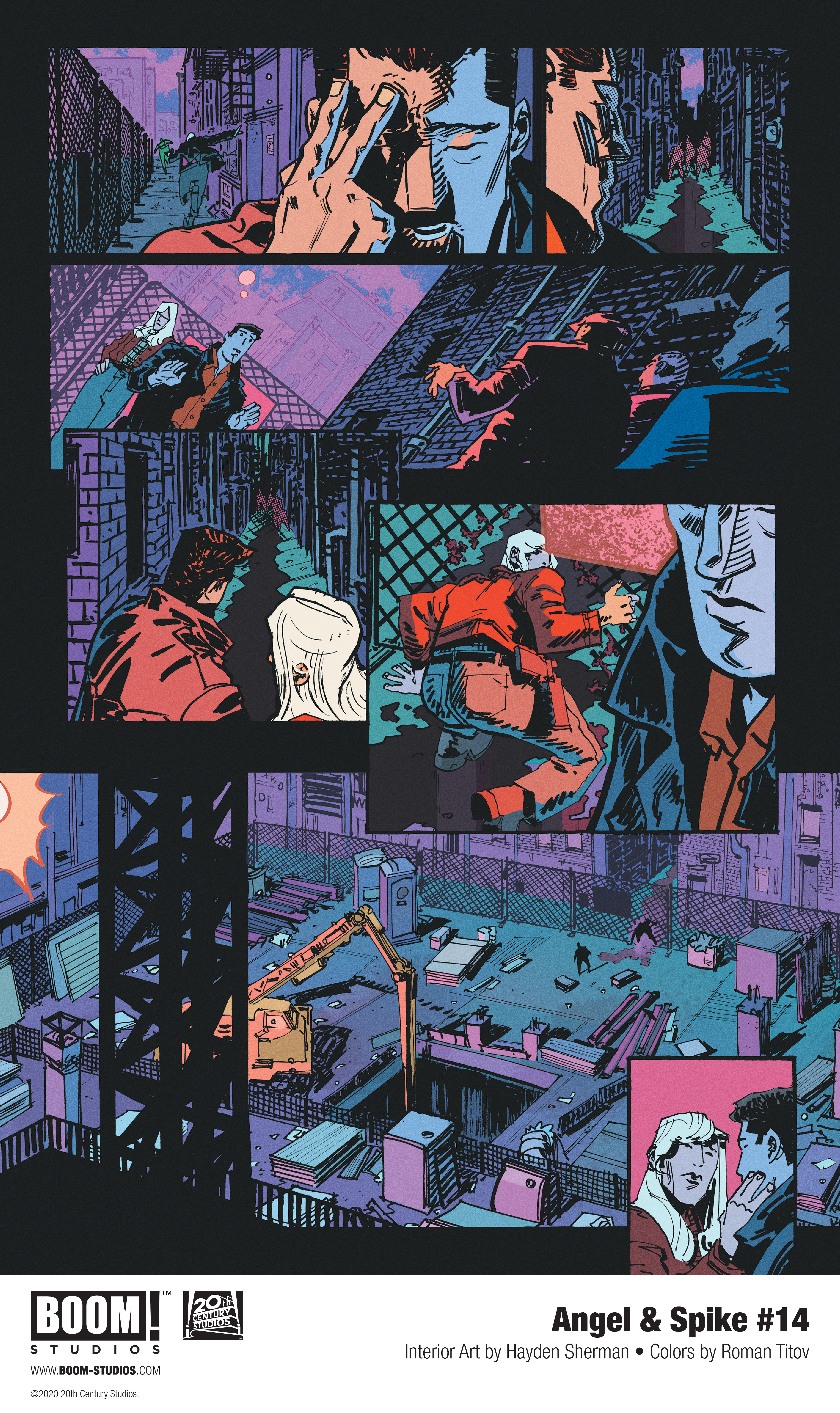 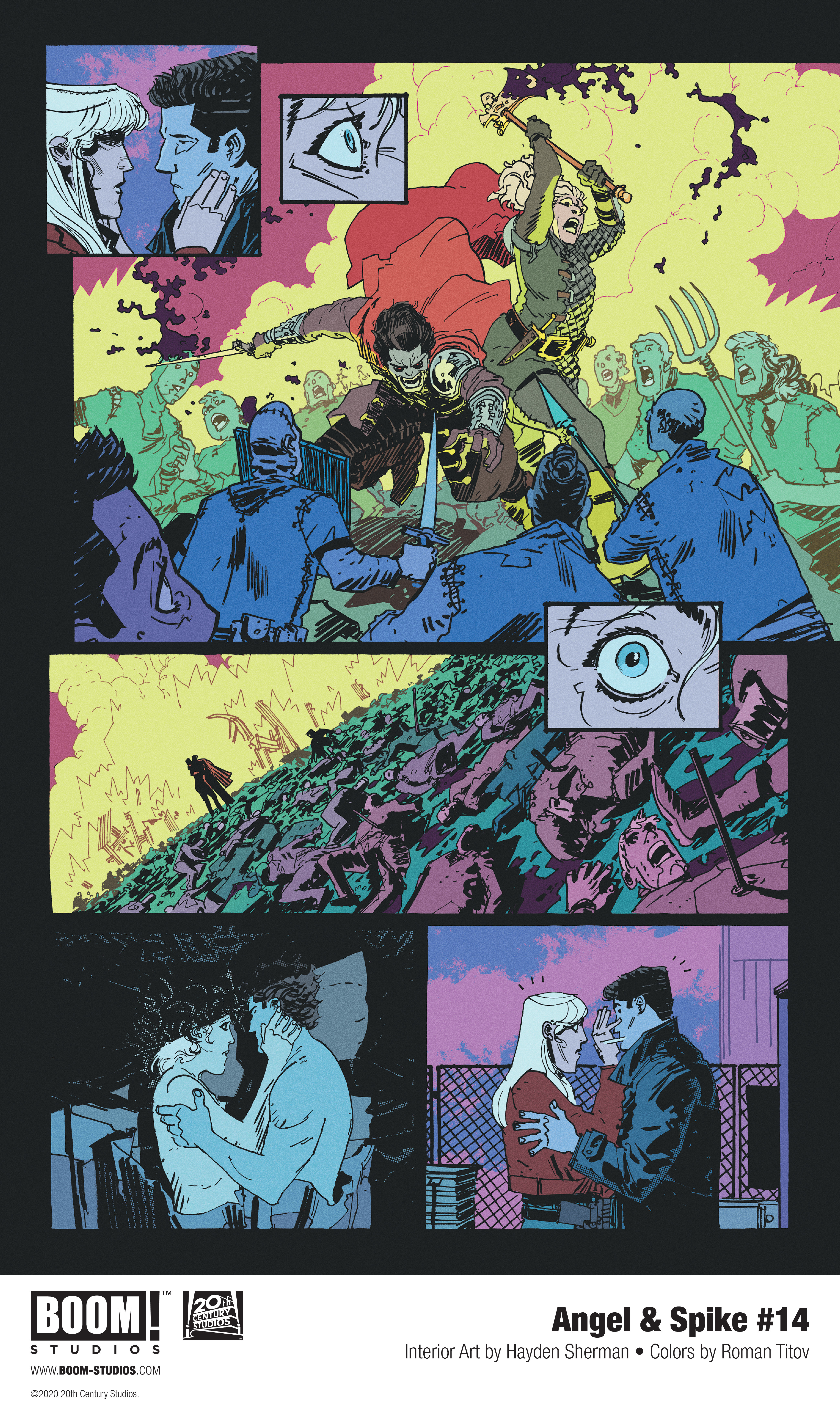