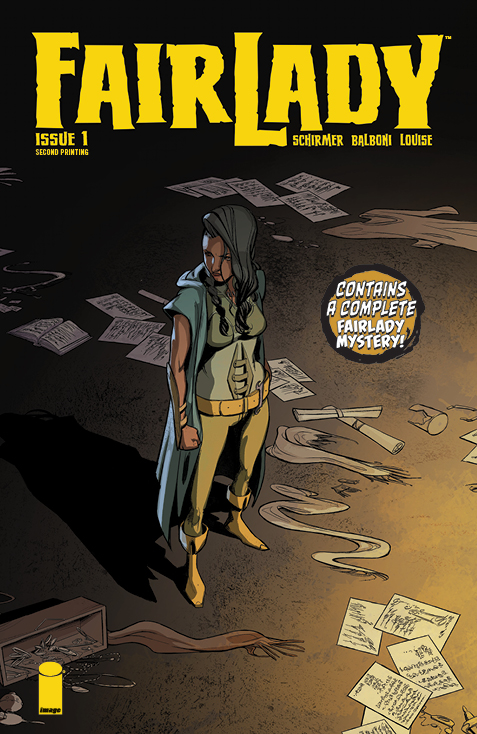 Louise’s new whodunit fantasy series Fairlady launched with a West Coast signing tour and early fan support. Fairlady #1 will be rushed back to print in order to keep up with the enthusiasm for the new series.

This debut issue and each following issue will feature a complete 30-page story and blends the procedural case-solving of Magnum, P.I. and Fables, with a Rat Queens-like high-fantasy aesthetic.

In Fairlady, after posing as a man to join the army, Jenner Faulds returns home to The Feld for a new start as a “Fairman”—a specially licensed private investigator. But sexism didn’t end on the battlefield, and as the only “Fairlady,” Jenner gets stuck with the cases nobody else wants. Hitting the streets to solve The Feld’s overlooked mysteries, Jenner finds that the smallest cases hide the biggest secrets.

Fairlady #1, second printing (Diamond Code MAR198112) will be available on Wednesday, May 15. The final order cutoff deadline for comics retailers is Monday, April 22.

Fairlady #1 will also be available for purchase across many digital platforms, including the official Image Comics iOS app, Amazon Kindle, Apple Books, comiXology, and Google Play.