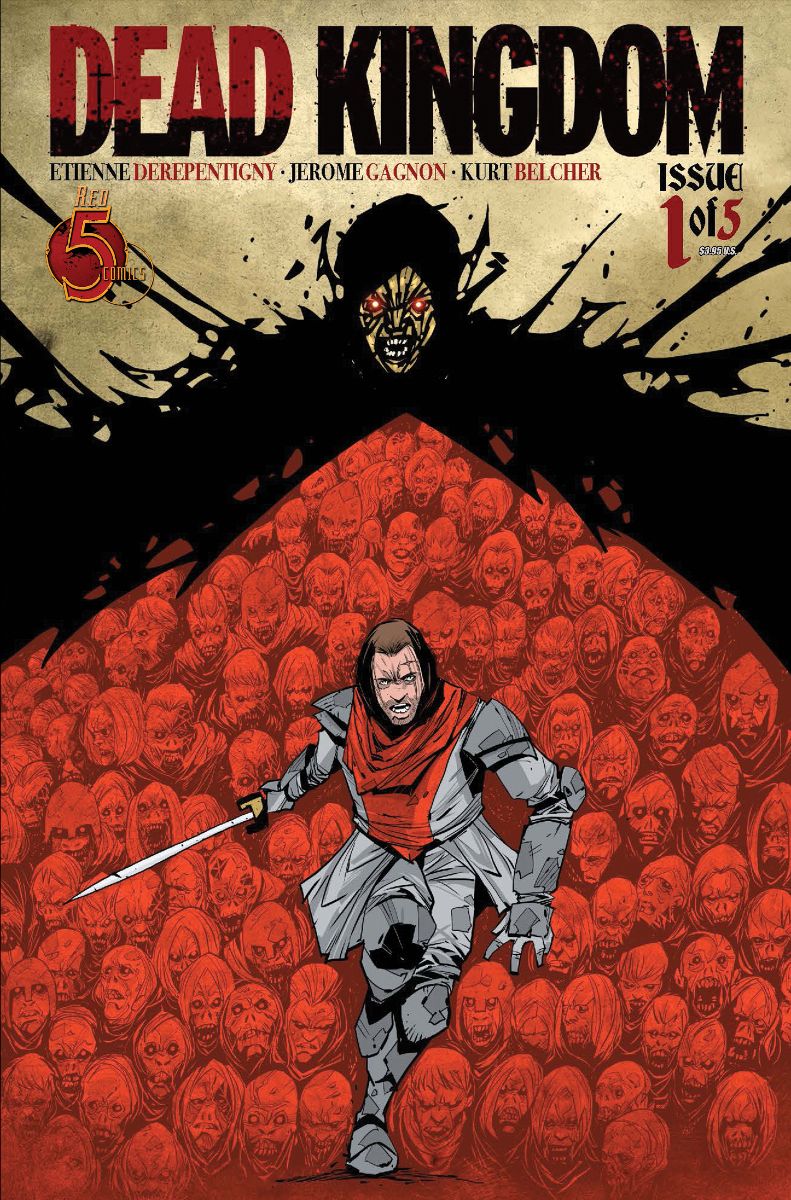 SHARPEN YOUR SWORDS AND PREPARE TO ENTER THE DEAD KINGDOM

HOUSTON, TX — Red 5 Comicsprepares to re-enter the world of the undead in Etienne Derepentigny’s debut series Dead Kingdom out just in time for Halloween.

“We obviously love zombie stories,” Red 5 Comics co-publisher Joshua Starnes said.  From ZMD to Dead or Alive to Raise Up the Dead, zombies have been part of the Red 5 DNA since the beginning.  Every time I hear a pitch for a new way to tell a great zombie story, I get excited.”

Something is attacking the Field Valley, something that destroys whole villages seemingly overnight.  The kingdom thinks it’s plague but the battleworn Kain knows better.  When he and a small group of knights go to investigate all of his worst dears are proven true as the dead attack the village.  And if they can’t be stopped, they’ll eventually overrun the entire kingdom.

“Dead Kingdom is the result of my love for the zombie genre that has entertained me since my childhood,” said creator Etienne Derepentigny.  “A story many years in the marking, now is the time for it to step out of the shadow so it can be unleashed upon the living.”

The dead arrive this September in Dead Kingdom from Red 5 Comics.