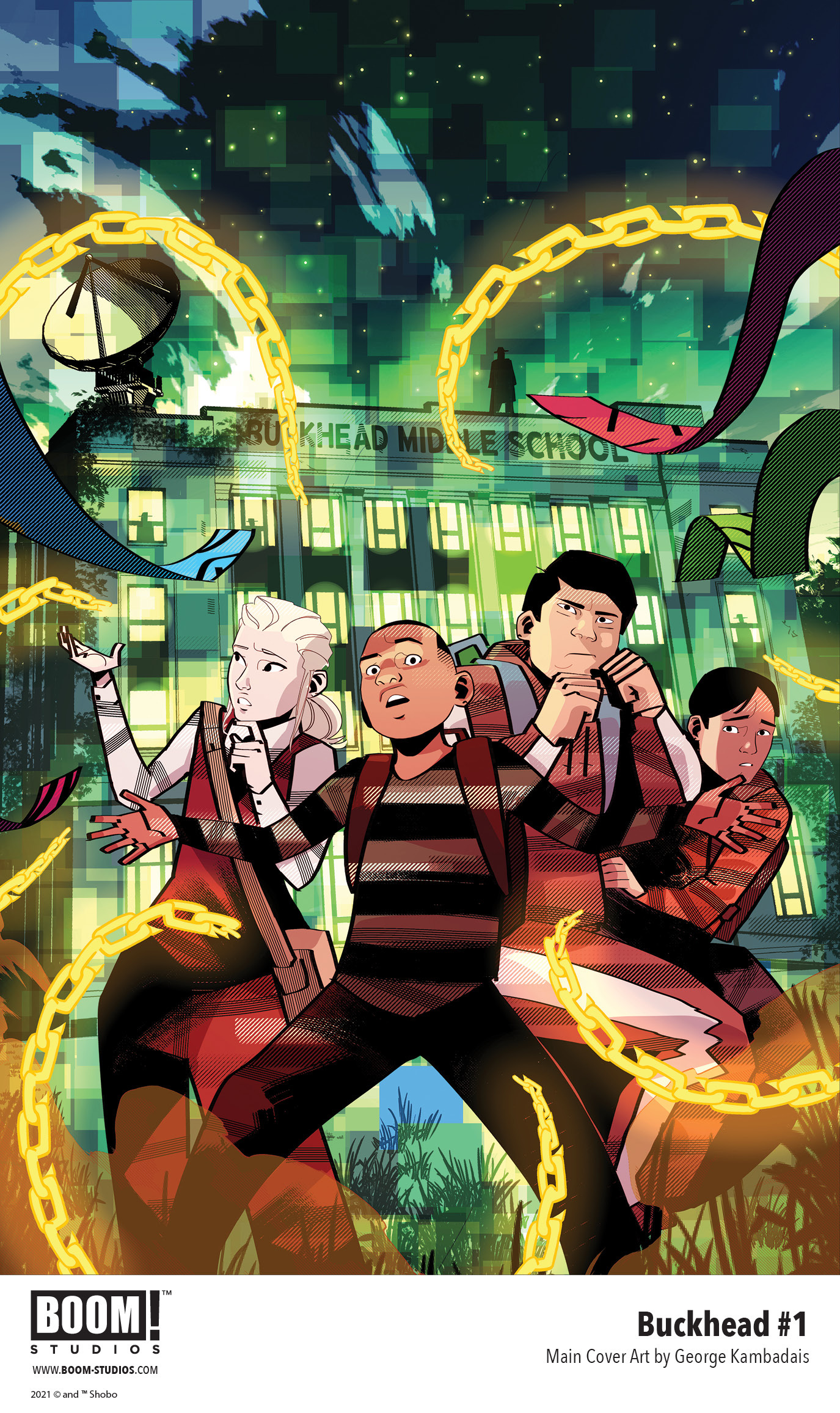 Toba and his mother, a renowned scientist, have just immigrated to the US. But instead of living in the Big City like Toba always dreamed, they’ve moved to a sleepy little town in the Pacific Northwest called Buckhead. In the middle of the picturesque and pedestrian town, Toba discovers that things aren’t as perfect as they seem. He and his newfound friends start playing a strange video game that looks like a perfect replica of ancient Benin and its people. Soon, Toba is on the run from the frightening men in black, trying to solve the mystery of his new hometown and save his friends before it’s too late!

Shobo Coker is a writer of African science fiction and fantasy from Lagos, Nigeria. He co-created the Afrofuturist Kickstarter comic Outcasts of Jupiter and the indie comic Under a Jovian Sun with Kugali Media. Shobo is a member of the Yoruba tribe of West Africa and spends much of his time researching the mythology, religious concepts, and history of the Yoruba people.

“BUCKHEAD is a story I’ve wanted to tell since I moved to the US; a story that captures the terrifying wonder and otherworldly newness of being an immigrant kid in a new world. A story of ancient Benin kingdoms, of vengeful Yoruba daemons, of virtual reality, video games, and improbable science. It’s been a blast writing it, and I hope you enjoy reading it,” said Coker.

George Kambadais is a comic book artist from Greece. He’s worked with DC, Image, IDW, BOOM!, Dark Horse, Comixology, Oni Press, and others. He is also the co-creator of comics and graphic novels such as The Double Life of Miranda Turner, The Black Ghost, and Short Order Crooks. You can find George on Twitter and Instagram @GeorgeKambadais.

“BUCKHEAD is a story full of mystery, suspense and action! I’m thrilled to be the one who brings to life the beautiful and exciting world that Shobo created. I love it and I’m sure you’ll love it too!” said Kambadais.

“Shobo and George have created an exciting and fun sci fi series that’s chock full of video game nostalgia, sleepy town mystery, and African mythology in a way that will surprise readers everywhere,” said Sophie Philips-Roberts, Editor, BOOM! Studios. “You’ve never read anything like BUCKHEAD, and we can’t wait for you to pick up the first issue so you can dive into the adventure with Toba and his friends!”

BUCKHEAD is the latest release from BOOM! Studios’ award-winning BOOM! Box imprint, home to groundbreaking original series such as Lumberjanes by Shannon Watters, Grace Ellis, Brooklyn Allen, and Noelle Stevenson; Juliet Takes a Breath by Gabby Rivera and Celia Moscote; Giant Days by John Allison, Lissa Treiman, and Max Sarin; Mamo by Sas Milledge; Save Yourself! by Bones Leopard and Kelly and Nichole Matthews; Specter Inspectors by Bowen McCurdy and Kaitlyn Musto; The Last Witch by Conor McCreery and V.V. Glass; Ghosted in LA by Sina Grace and Siobhan Keenan; The Avant-Guards by Carly Usdin and Noah Hayes; Fence by C.S. Pacat and Johanna the Mad; Goldie Vance by Hope Larson and Brittney Williams; and educational series Seen: True Stories of Marginalized Trailblazers.

Print copies of BUCKHEAD #1 will be available for sale in December 2021 exclusively at local comic book shops  (use comicshoplocator.com to find the nearest one) or at the BOOM! Studios webstore. Digital copies can be purchased from content providers, including comiXology, iBooks, Google Play, and Kindle.

For continuing news on BUCKHEAD and more from BOOM! Studios, stay tuned to www.boom-studios.com and follow @boomstudios on Twitter. 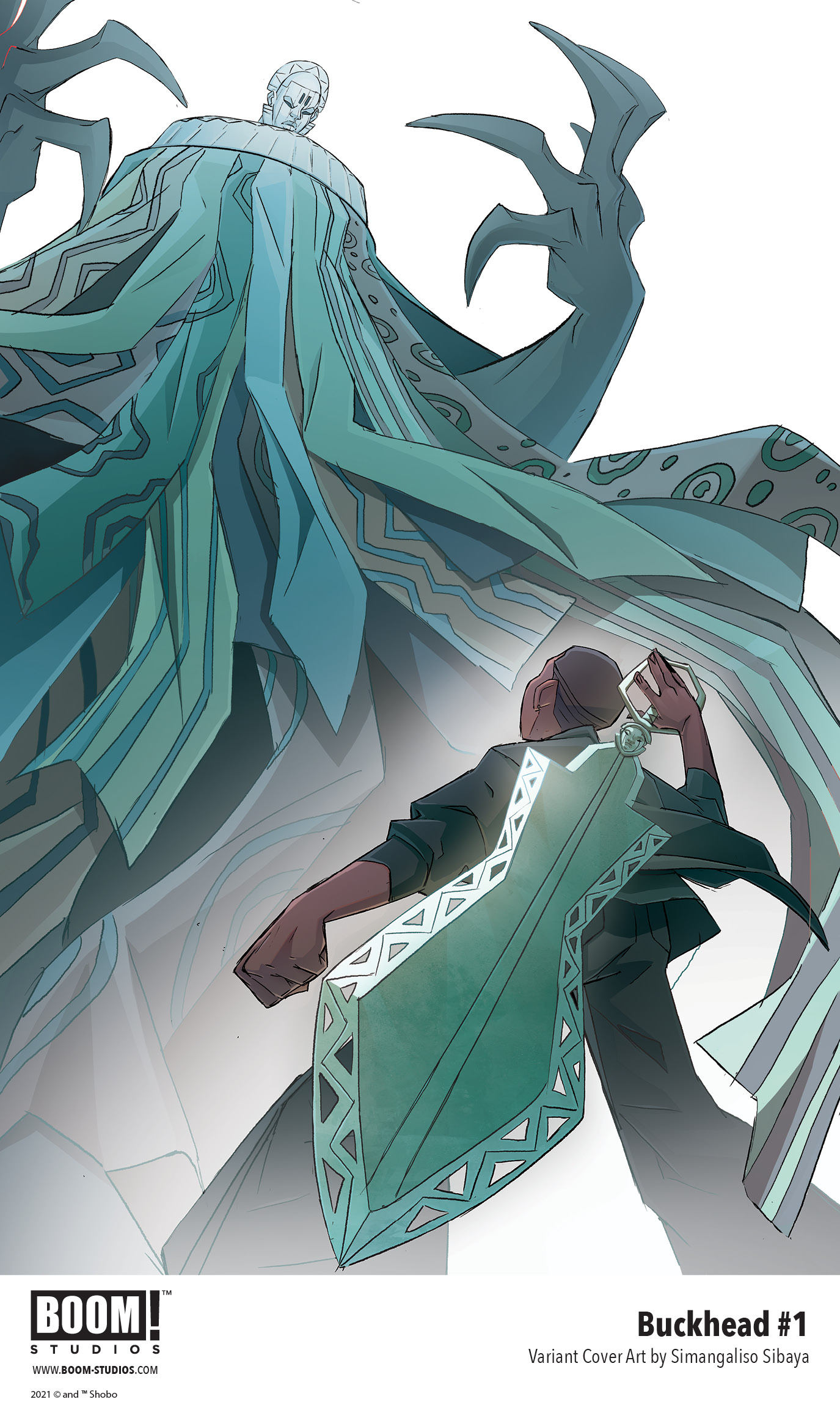 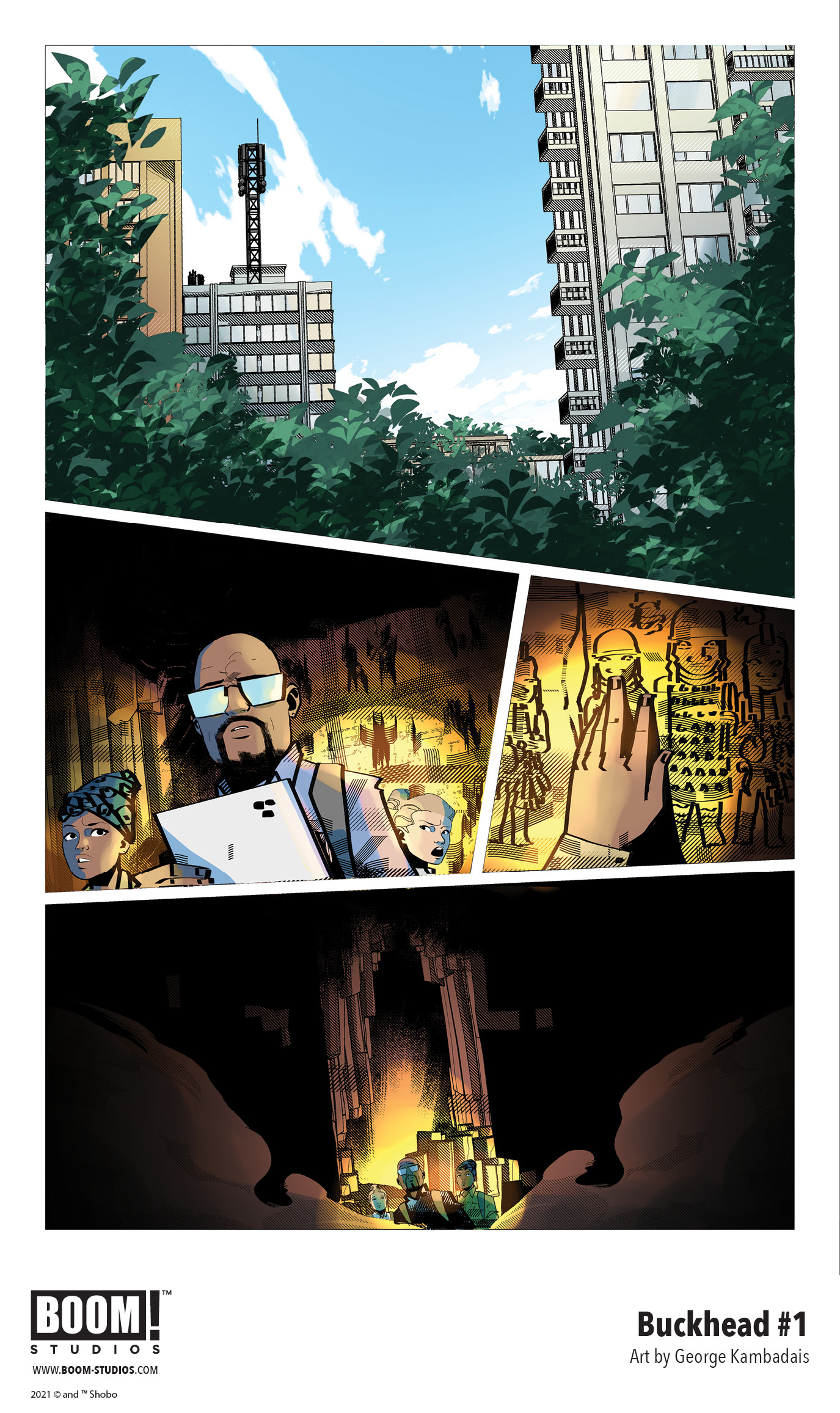 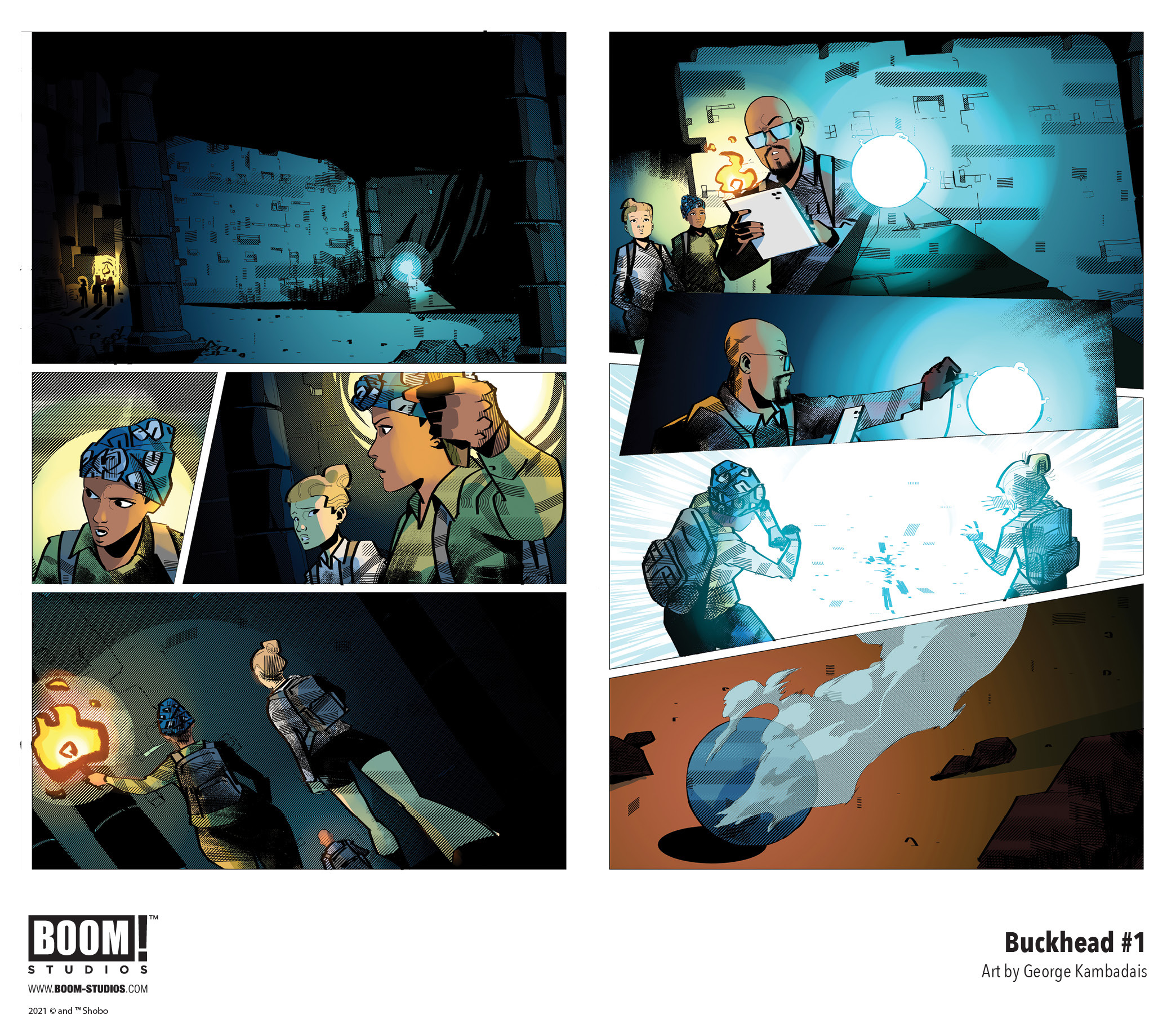 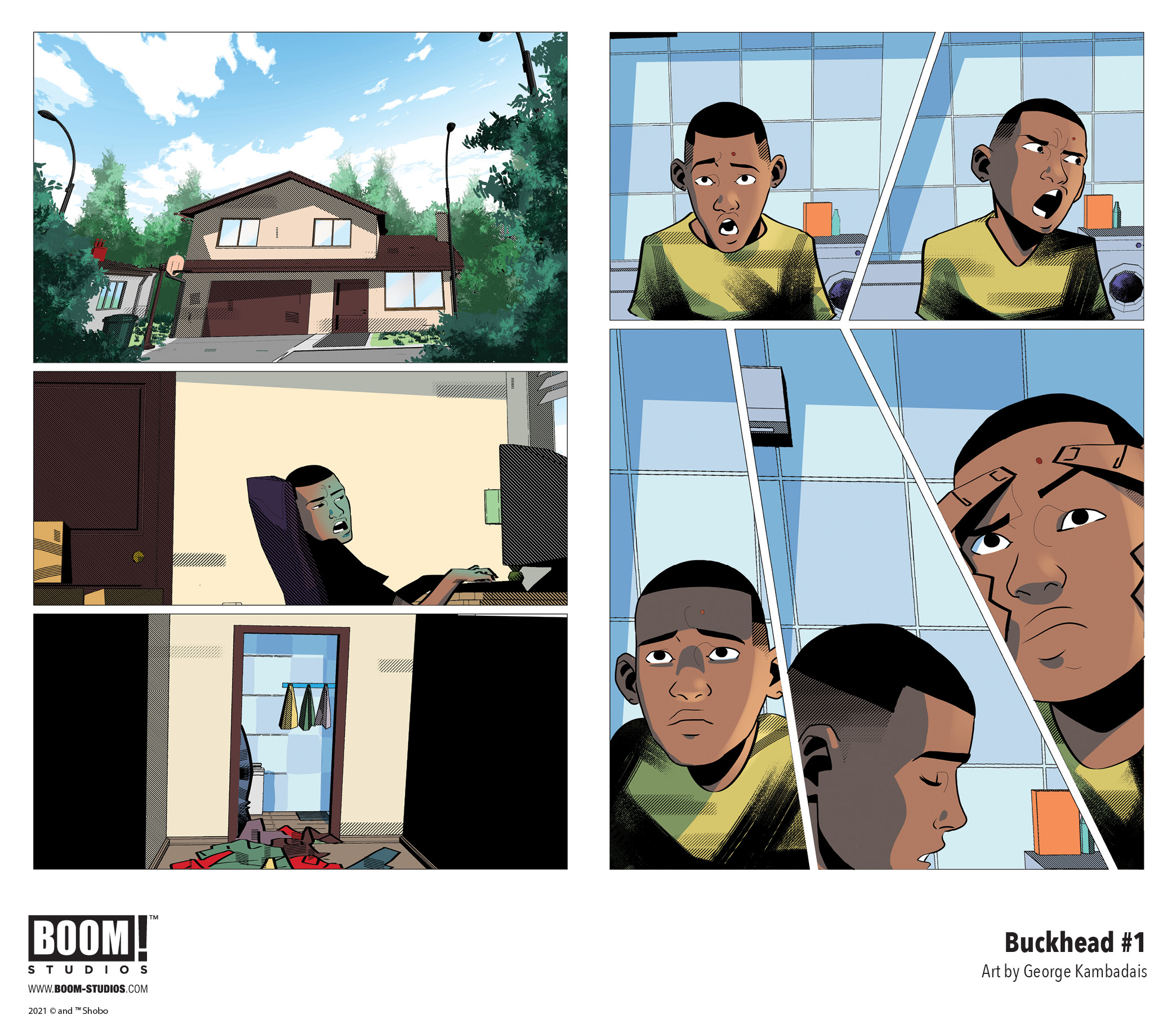 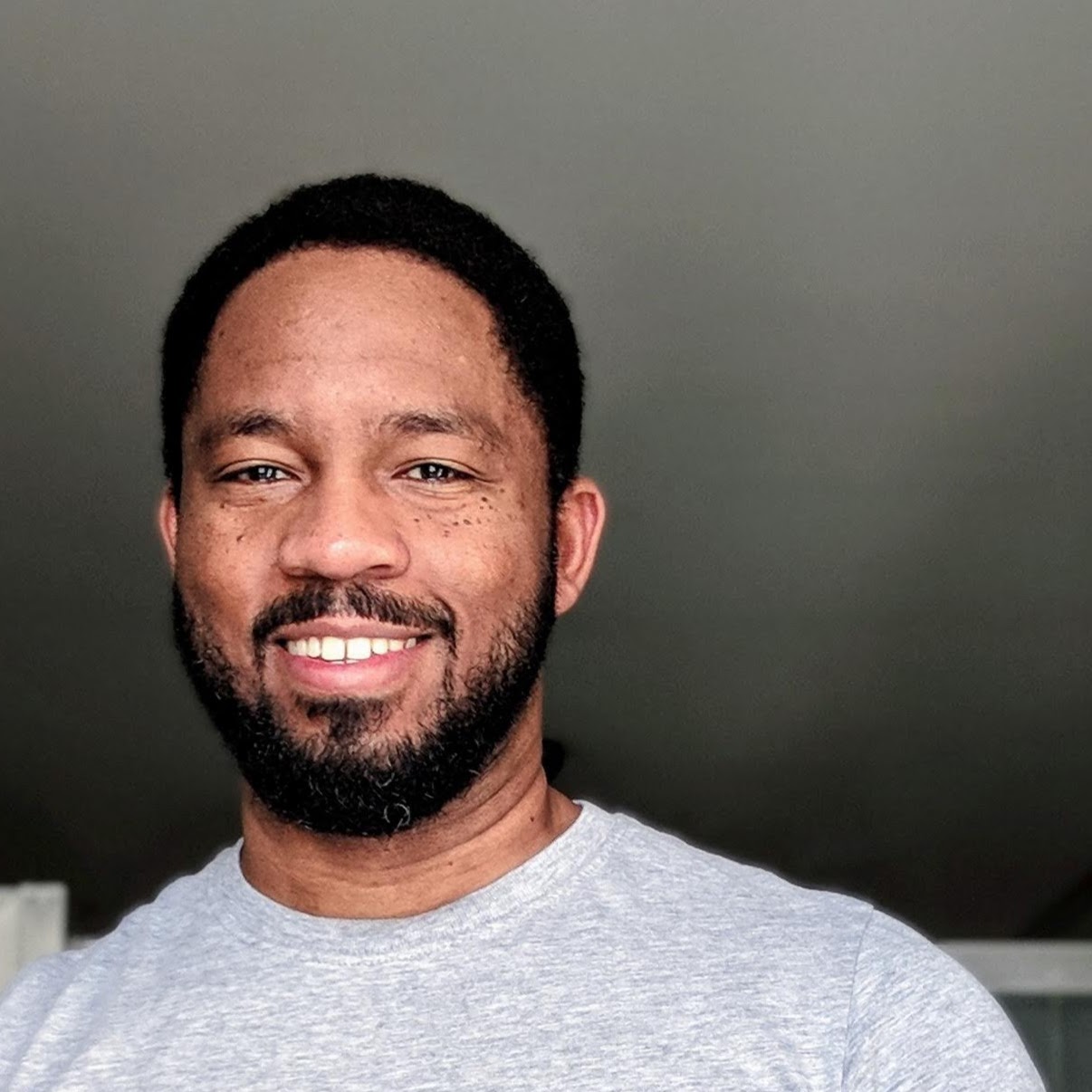 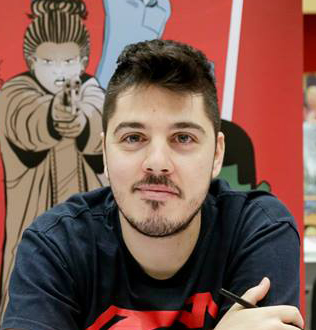