PORTLAND, OR 03/13/2019 — Image Comics and the Ministry of Trouble are pleased to announce 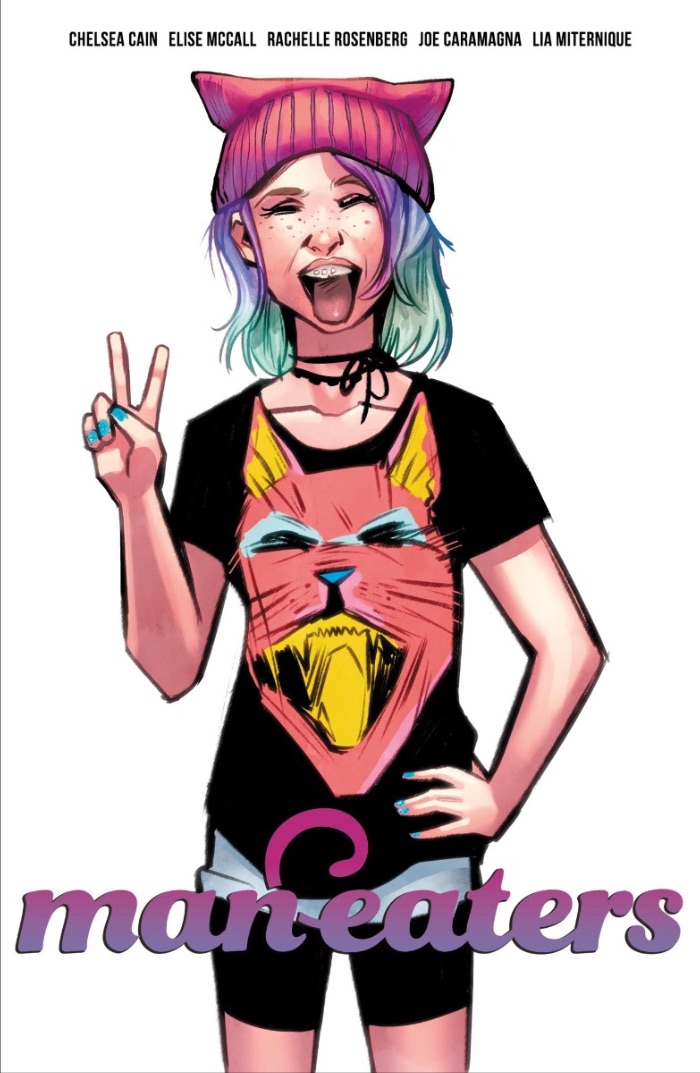 that Elise McCall has been promoted to lead interior artist on Man-Eaters. McCall will take over from Kate Niemczyk beginning with Man-Eaters #9 in June and will kick off the third arc to the celebrated feminist teen horror comic book series.

Man-Eaters co-creators Chelsea Cain and Lia Miternique, colorist Rachelle Rosenberg, letterer Joe Caramagna, and the rest of the creative team, have worked with McCall on several issues and are thrilled she agreed to take on a larger creative role.

“Elise knows Maude,” said Cain. “We are simpatico. And she will bring so much heart and edge and awesomeness to the project.”

To celebrate this new collaboration, Image Comics will have a limited run of promotional posters—which will feature exclusive artwork by McCall—and be available at the creative team’s signings during Emerald City Comic Con in Seattle this week.

Fans of Cain, Caramagna, Rosenberg, and Niemczyk’s first collaboration Mockingbird flocked to support of Man-Eaters at launch and many have characterized the hot new title as Kelly Sue DeConnick and Valentine DeLandro’s Bitch Planet meets Margaret Atwood’s The Handmaid’s Tale.

In Man-Eaters, readers are introduced to a world where a mutation in Toxoplasmosis causes adolescent girls to turn into flesh-eating panthers—easily provoked and extremely dangerous. As panic spreads and paranoia takes root, the fate of the world rides on the shoulders of one 12-year-old girl. Part Cat People, part current events, Man-Eaters has an all pro-feline agenda.