Richard Dent’s Saga All in One Book 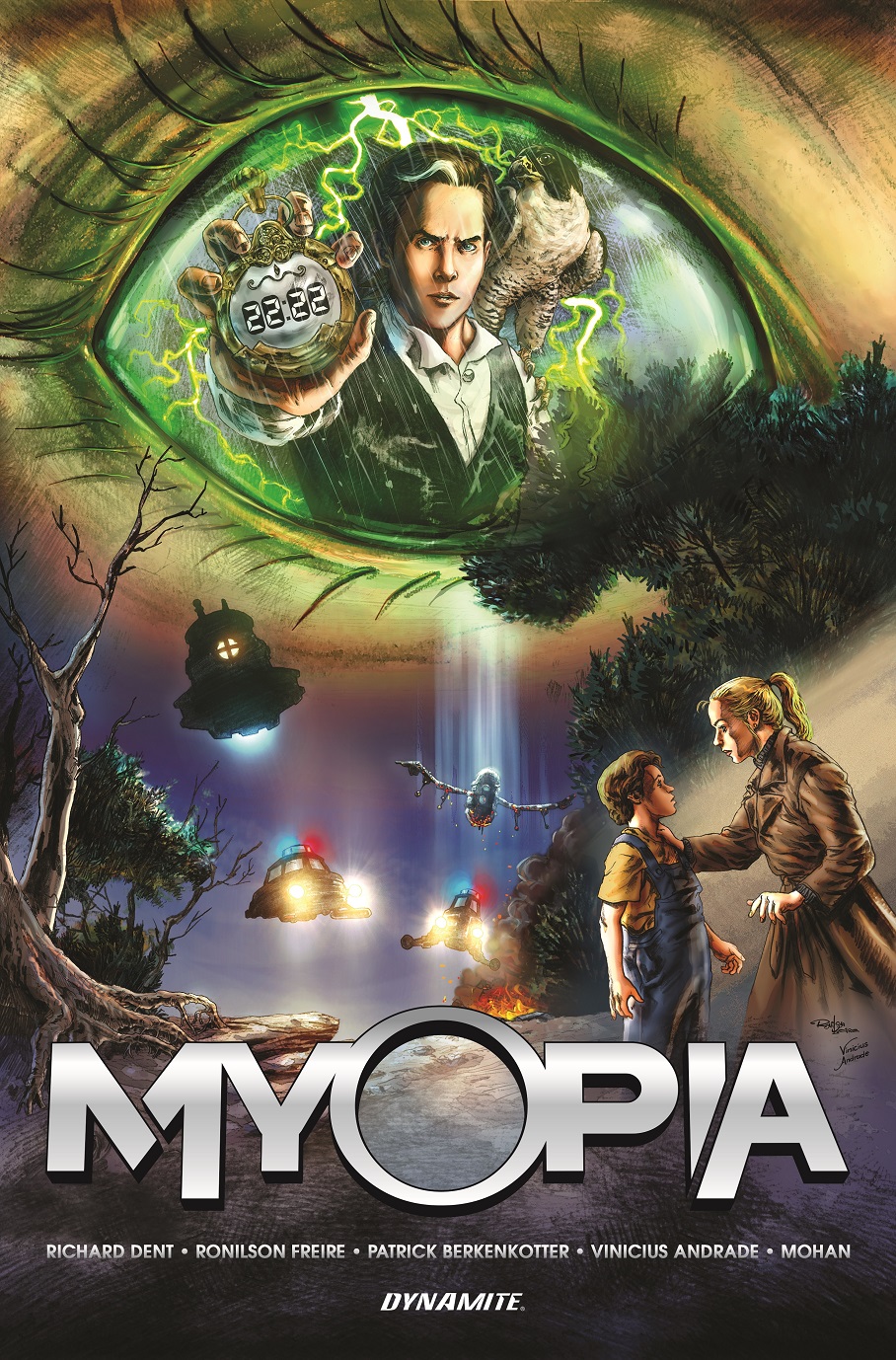 “I always wanted to write a science fiction novel with an element of who-dun-it, but I never dreamed it would be in graphic form,” said writer Richard Dent. “I’m so proud of this illustrated beauty.”

Crafted in a style that hearkens back to the “Dark Age” of comics when the art form was evolving and maturing, Myopia combines speculative fiction, noir, and steampunk into a dystopian reality where big government and big business alike control every thought and move of their citizens.

A homeless man is mysteriously abducted. A journal is left on the edge of a subway platform, filled with stories about a world that doesn’t exist. Not far from here a scientist is murdered in cold blood. The only clues are his burned down lab. A magnetically propelled motorcycle, and a man walking around New York City with the last living falcon on the planet.

Now imagine being a twelve-year old boy and discovering a special pair of lenses that allow you to access The Central Lens Network undetected. This is exactly what happens to Matthew Glen the day his father is murdered then two years later mysteriously appears back in his life.

Lushly illustrated by fan-favorite artists Patrick Berkenkotter (Vampirella) and Ronilson Freire (Green Hornet), the full 170-plus page epic is now available in one volume. This anticipated release follows a successful Kickstarter campaign and a pair of serialized prestige comics.

“Myopia is a solid read for those who like their sci-fi hard and wordy. The story is interesting, the characters are well formed, and the art is absolutely gorgeous. I can recommend this to anyone up for this kind of heavy reading. Feel free to check it out.” – Bleeding Cool

MYOPIA is solicited in Diamond Comic Distributors’ February 2021 Previews catalog, the premier source of merchandise for the comic book specialty market, and slated for release in May 2021. Fans are encouraged to preorder copies of the book with their local comic book retailers or preferred book vendors. It will also be available for individual customer purchase through digital platforms courtesy of Comixology, Kindle, iBooks, Google Play, Dynamite Digital, ComicsPlus, and more!