December 13, Mt. Laurel, NJ: Dynamite, the 2019 Ringo Award winner for Favorite Publisher, is proud to announce its newest imprint, Dynamite Books! This exciting new line of prose novels will delve deep into the company’s world-famous collection of characters to produce sensational new stories for readers to enjoy. And what better place to start than with Bram Stoker Award-winning author Nancy A. Collins as she returns to Vampirella as part of the character’s 50th-anniversary celebration.

The Dynamite Books line kicks off with Vampirella: Blood Invasion by Collins, which is available in print, e-book and audiobook right now! The line will also include newly created audiobooks for previously published novels starting with the original Shaft novel by Ernest Tidyman, also available today. January will see the return of the popular SEAL Team Six No More series with subsequent months to feature Purgatori and more Vampirella stories. The eventual goal is to release at least one novel every month, inspired by classic pulp novels.

In Vampirella: Blood Invasion, Vampirella left her planet of Drakulon on a desperate quest to find another source of blood that her people need to survive. After years out of contact, the skies of Earth fill with an armada of ships from her home planet. Thrilled at first to see her people, Vampirella is horrified to learn of General Orlok’s plan for her adopted planet. She must choose between her own kind or to take up arms with her partner Pantha and join a rebel army led by Count Dracula, Evily the Witch and Doctor Frankenstein and his patchwork monstrosities.

Writer Nancy Collins shared, “It’s nice returning to Vampi. The book is my own take on the 1950s invaders from outer space trope. To paraphrase Mark Twain: ‘Those reading this book and expecting hard science fiction shall be shot with a ray gun.’”

Collins got her start in 1989 with the award-winning Sunglasses After Dark, the first novel in the series featuring her vampire heroine Sonja Blue. From there she’s gone on to write several novels as well as comic books, including a celebrated tenure on Swamp Thing in the early 1990s and more recently a year-long run on Vampirella. The new novel features a cover by fan-favorite artist Jenny Frison and the audiobook is narrated by actress Kirstin Wall (Bad Sass).

Check out a teaser trailer for Blood Invasion here!

Dynamite returned Shaft: The Original Novel to print in 2016 as the publisher began crafting new tales of one of the most iconic characters of the 1970s. Created by the same author who wrote The French Connection and High Plains Drifter, John Shaft has been the star of novels, comics and feature films for almost 50 years. Now actor Will Dixon (Secret Santa) brings the original novel to life for audiobook fans. 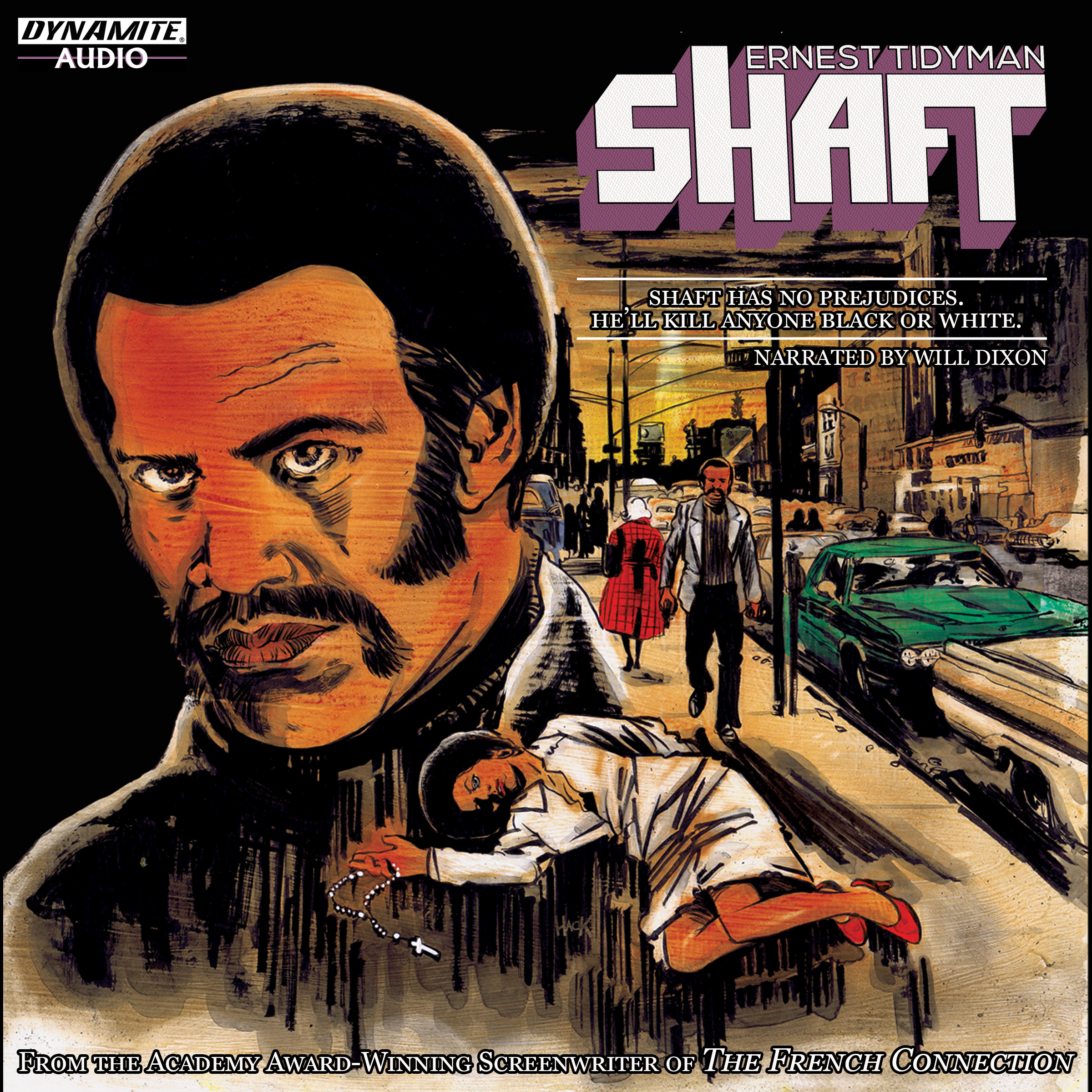 “Dynamite has so many amazing characters that lend themselves perfectly to prose novels and we have a ton of great stories in the works that should get readers really excited for the new line,” said Dynamite Books editor Dan Wickline, “We’re fortunate to launch with the work of the incredible Nancy Collins and two of the most iconic figures of the last half-century.”

Vampirella: Blood Invasion and Shaft: The Original Novel are available now in print, e-book and audiobooks through Amazon, Kindle and Audible.