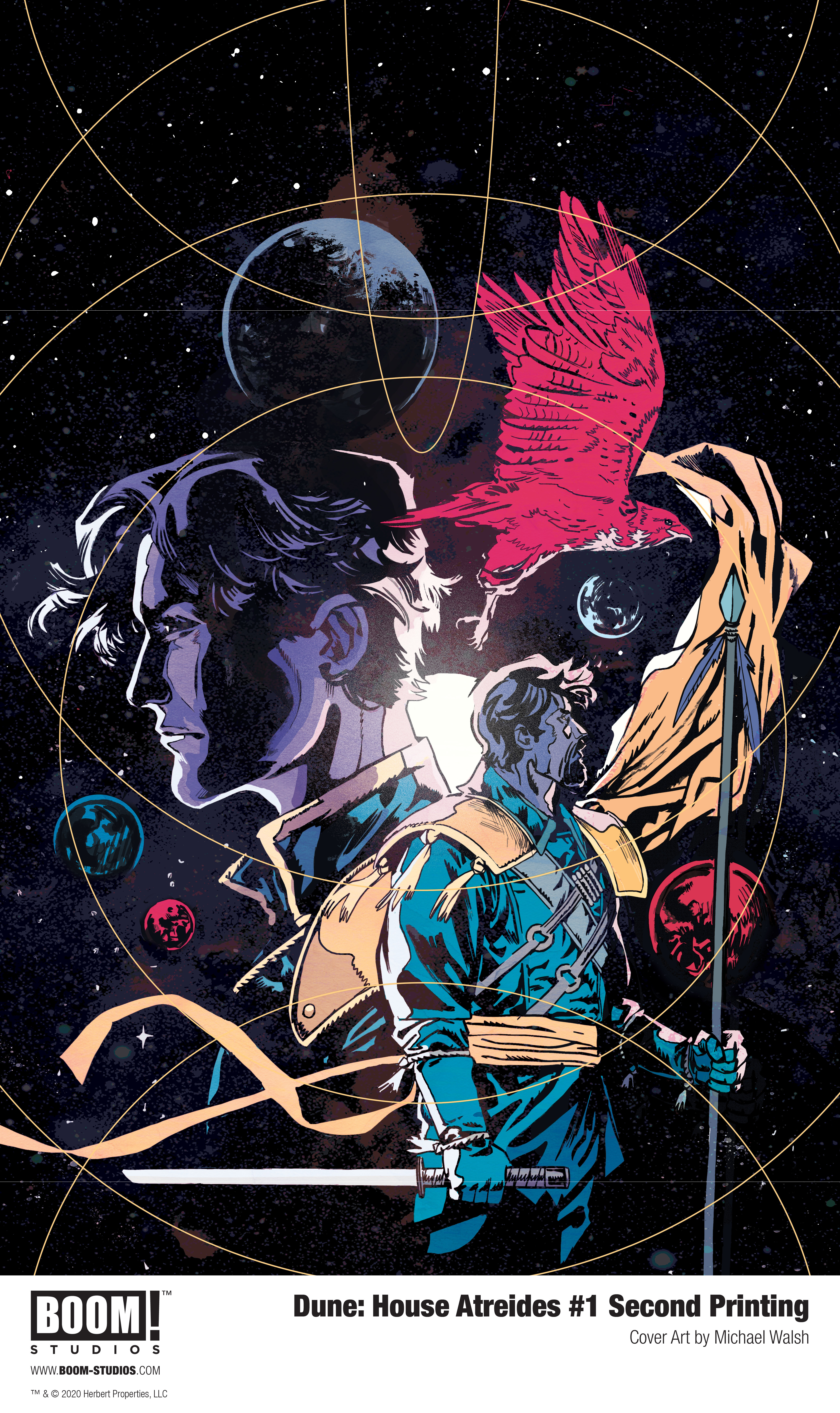 “Given the massively enthusiastic and passionate Dune fanbase, it is absolutely no surprise that the support for DUNE: HOUSE ATREIDES #1 has been so overwhelming!” said Filip Sablik, President, Publishing & Marketing. “We can’t wait for fans in comics shops worldwide to hold the first issue in their hands, and the second printing will give everyone a chance to join the epic story all the way at the very beginning, with two beautiful brand new covers by Michael Walsh and Evan Cagle.”

Print copies of DUNE: HOUSE ATREIDES #1 FIRST PRINTING will be available on October 21, 2020 at local comic book shops (use comicshoplocator.com to find the nearest one), or at the BOOM! Studios webstore. Digital copies can be purchased from content providers like comiXology, iBooks, Google Play, and Madefire.

For continuing news on the DUNE: HOUSE ATREIDES comic books from BOOM! Studios, stay tuned to boom-studios.com and follow @boomstudios on Twitter. 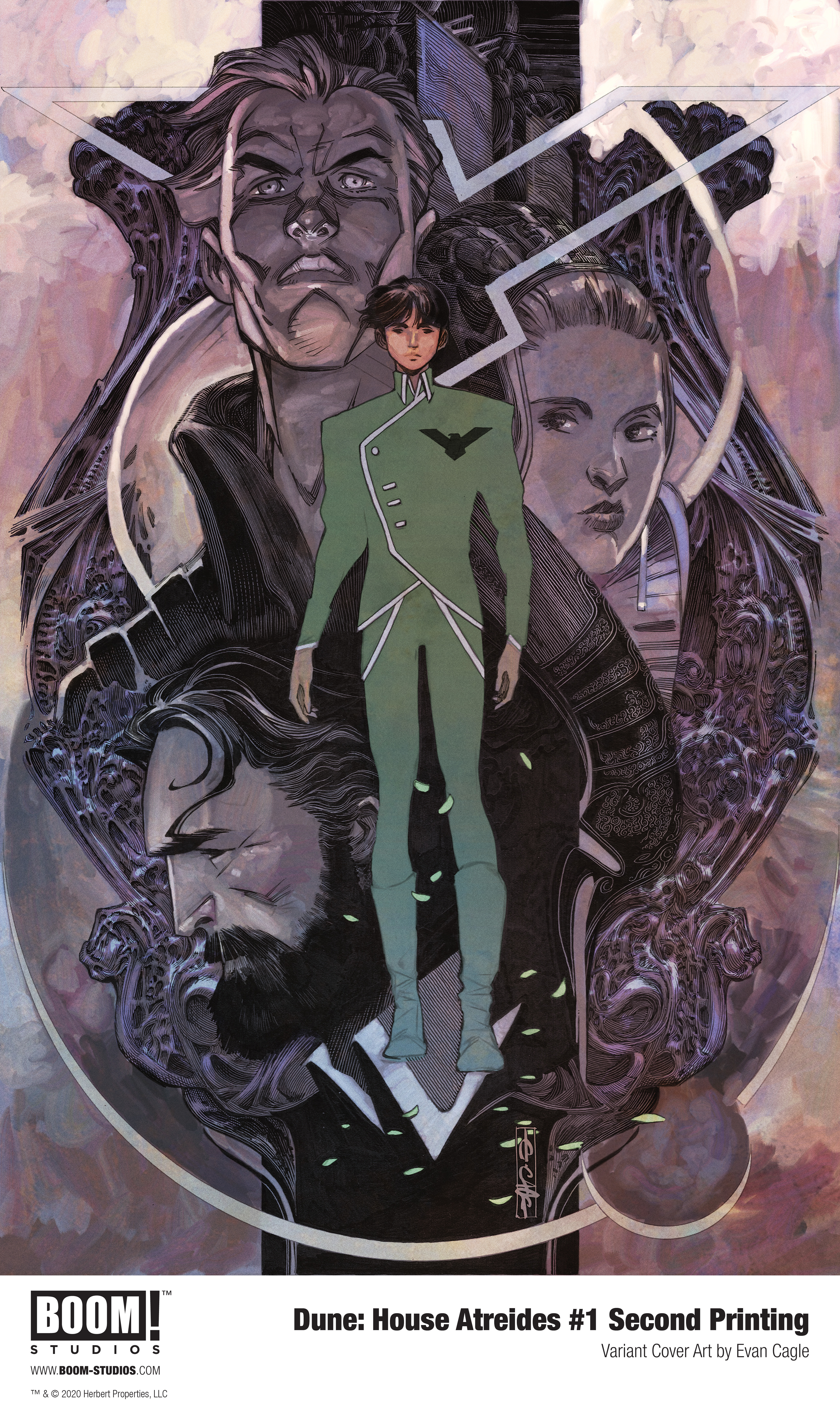