Don’t Miss Your Shot at THE AVANT-GUARDS #2 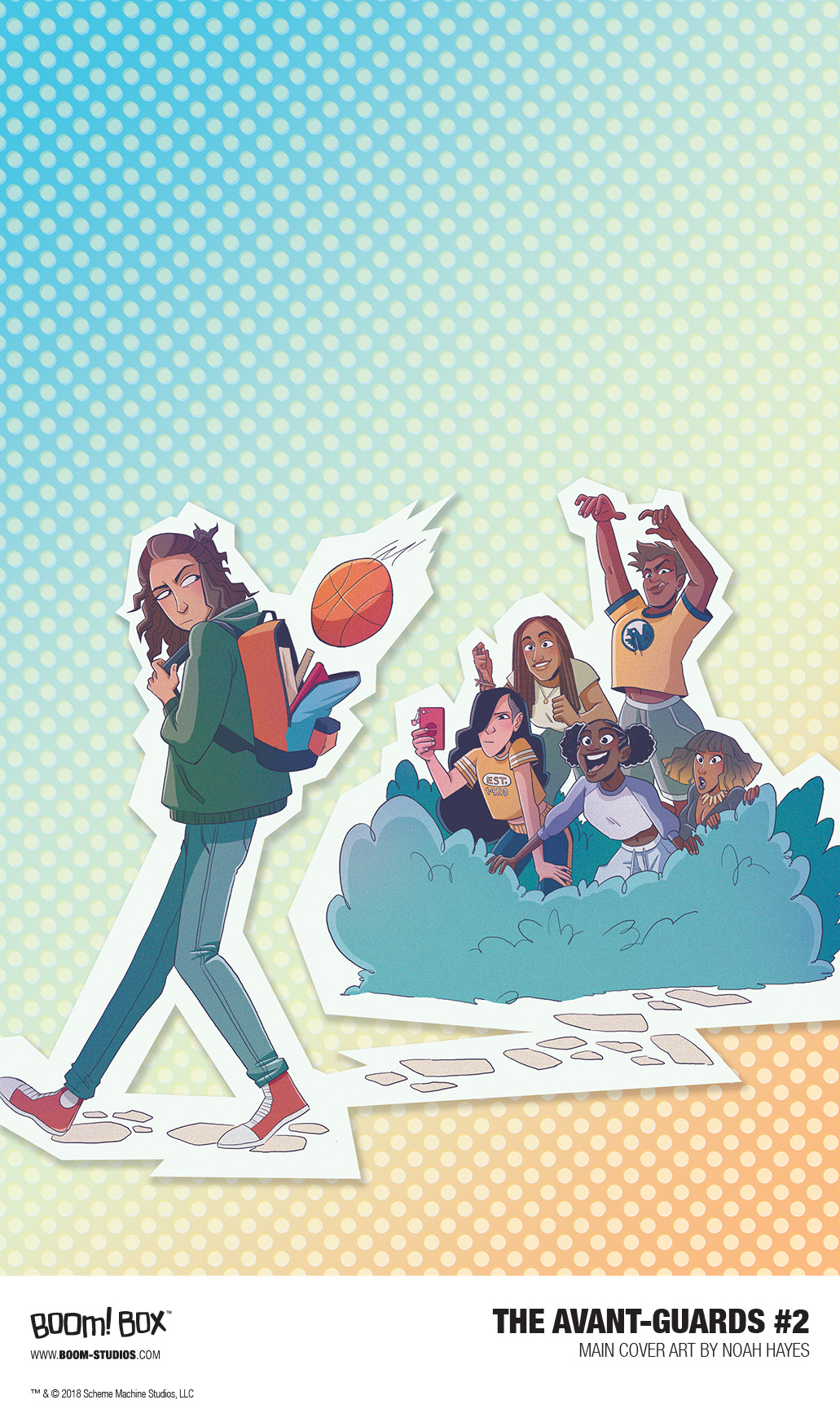 Olivia “Liv” Bates, art major and basketball enthusiast, loves nothing more than a challenge, whether it’s on or off the court, so when she decides that new transfer student Charlie Bravo is the perfect fit for the team (and possibly for Liv), she gives it everything she’s got and more. Liv ends up recruiting the rest of the budding Georgia O’Keeffe College of Arts and Subtle Dramatics basketball team to approach their new potential team member. But Charlie’s got a complicated past and a thorny relationship with team sports, and Liv might lose Charlie entirely by pushing too hard, too fast. Will she manage to convince Charlie to give her and basketball a try or will her hail mary shot miss the net and cost her the team?

“Olivia Bates is a force of nature who dreams up the impossible and gets it done but when it comes to recruiting Charlie, she might have gone a bit overboard. Now she’s got to find a way to convince Charlie that her love of the game is more than enough reason to give the Avant-Guards a chance to accept her as a team member and as a friend.” said Shannon Watter, Senior Editor, BOOM! Studios. “It’s a herculean task but Liv is up to the challenge and as we get to know the rest of the Avant-Guards in this issue, we’ll find that everyone Liv recruited also has the drive and passion to help build their dream team.”

Print copies of THE AVANT-GUARDS #2 will be available for sale on February 27, 2019 at local comic book shops (use comicshoplocator.com to find the nearest one) or at the BOOM! Studios webstore. Digital copies can be purchased from content providers like comiXology, iBooks, Google Play, and the BOOM! Studios app. 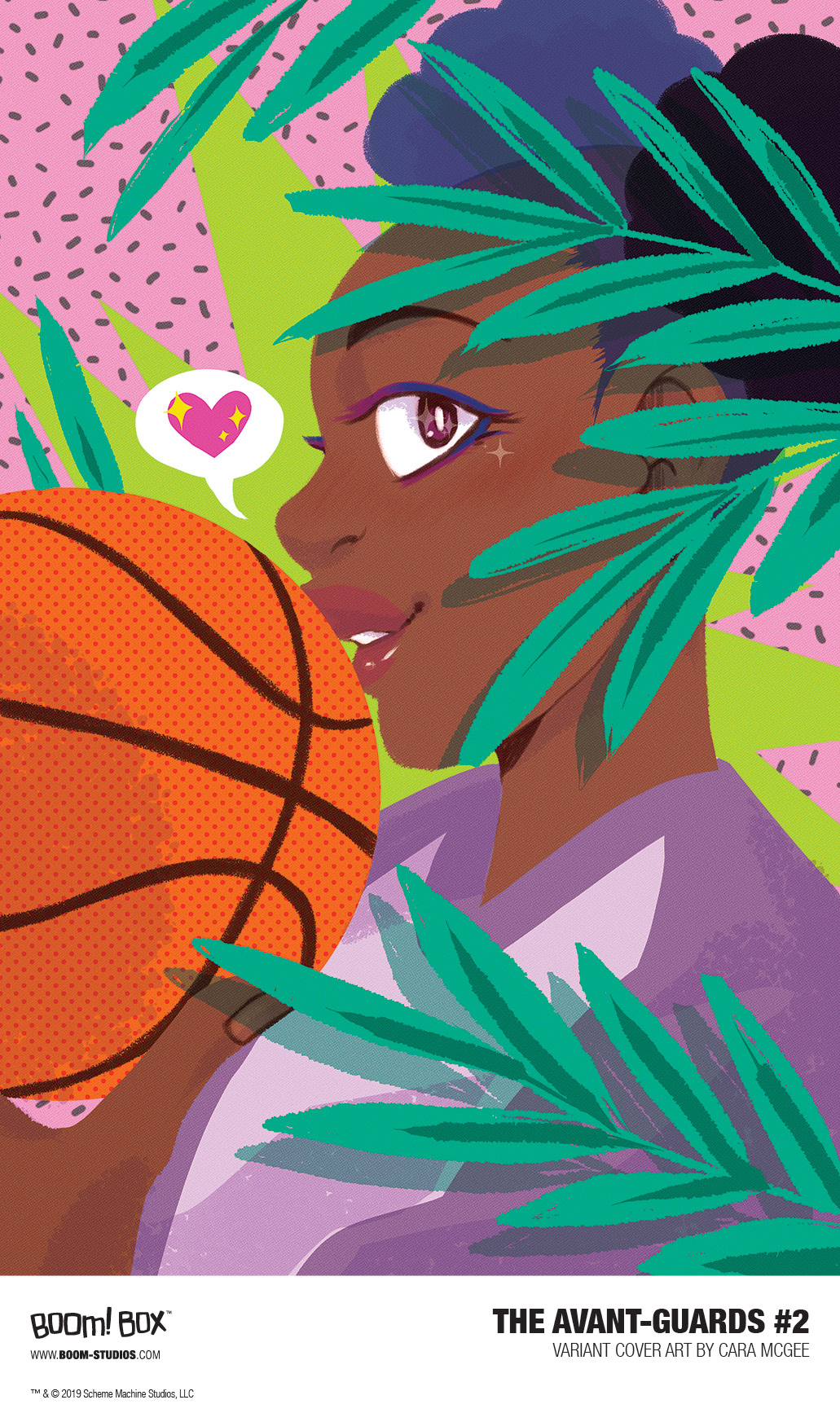 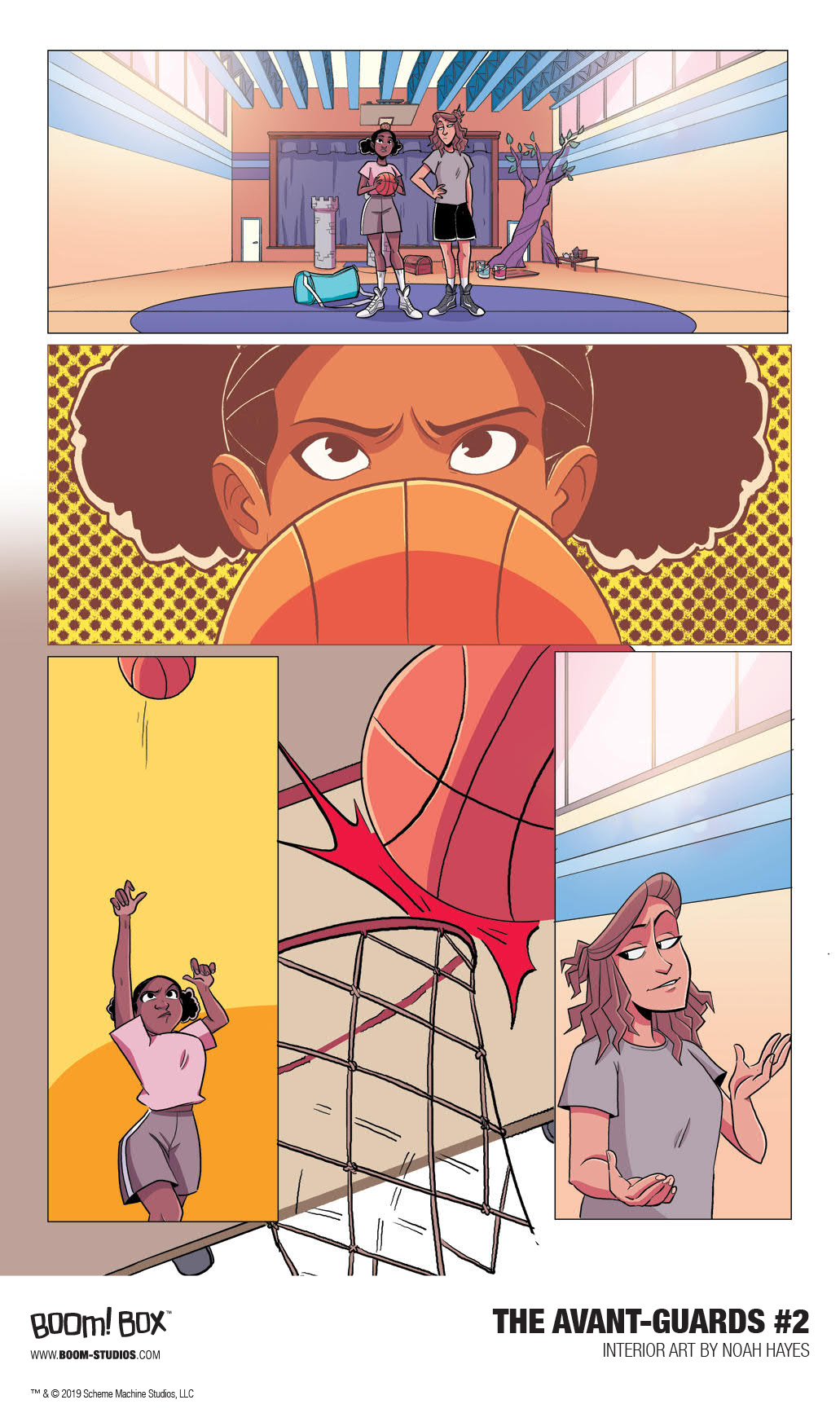 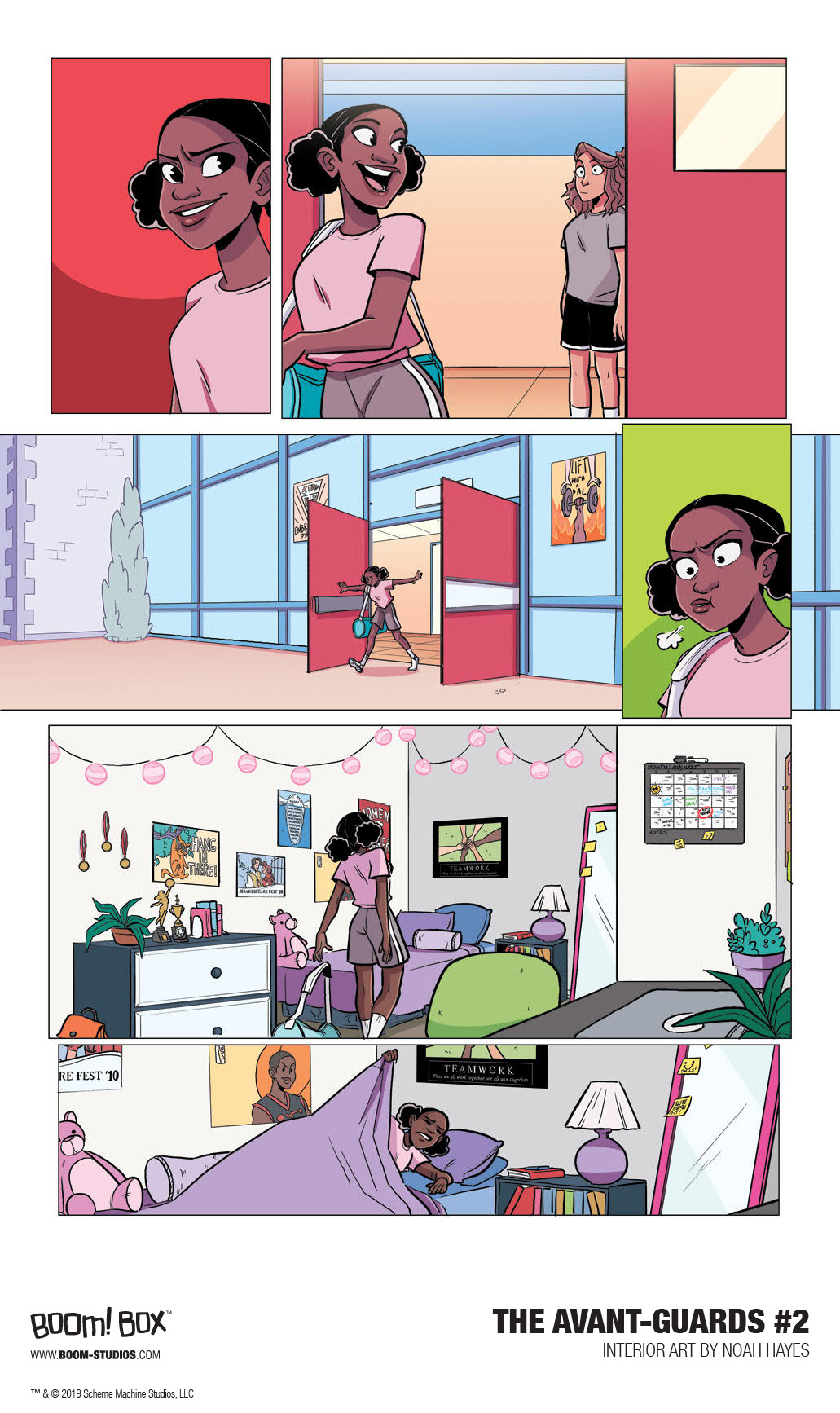 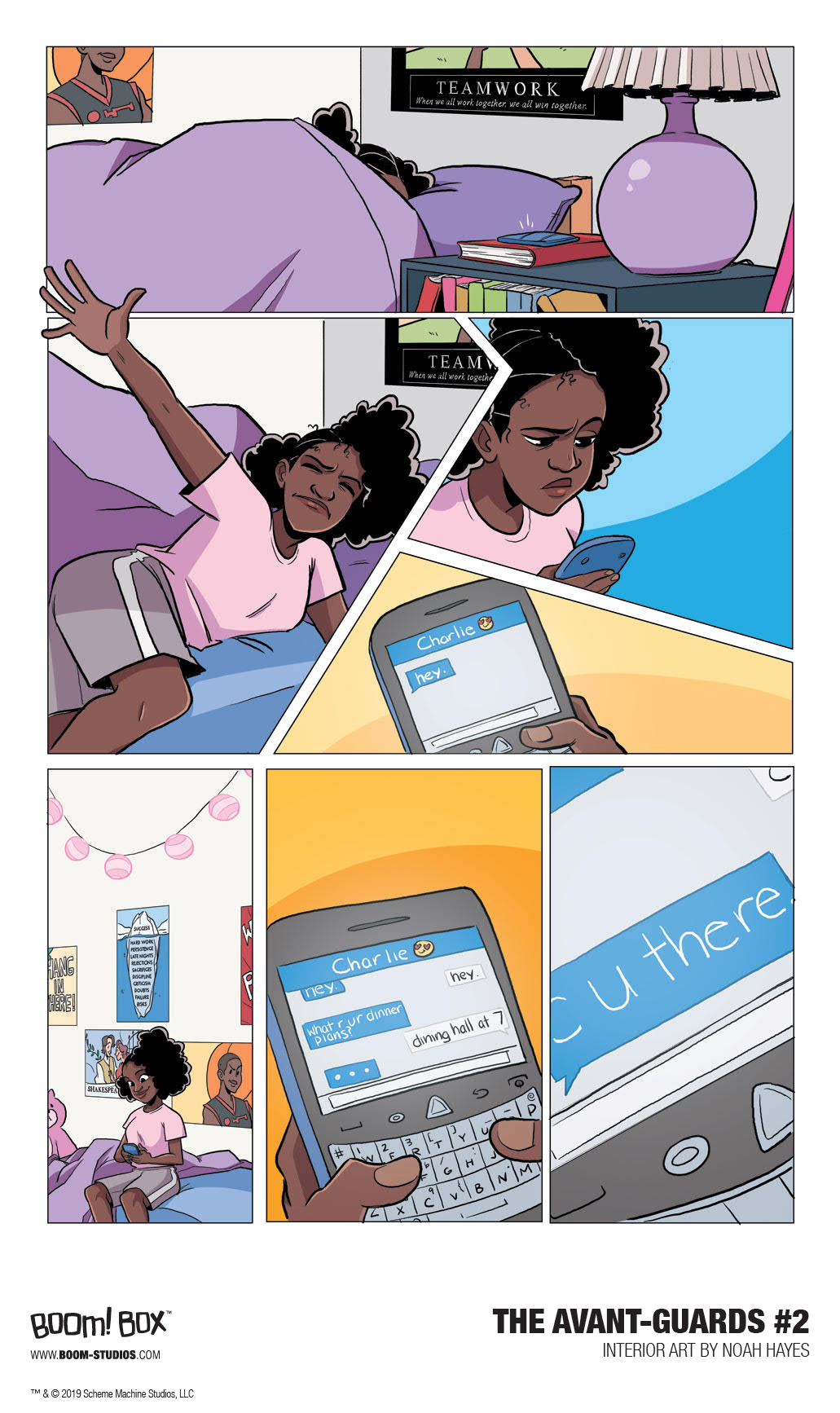 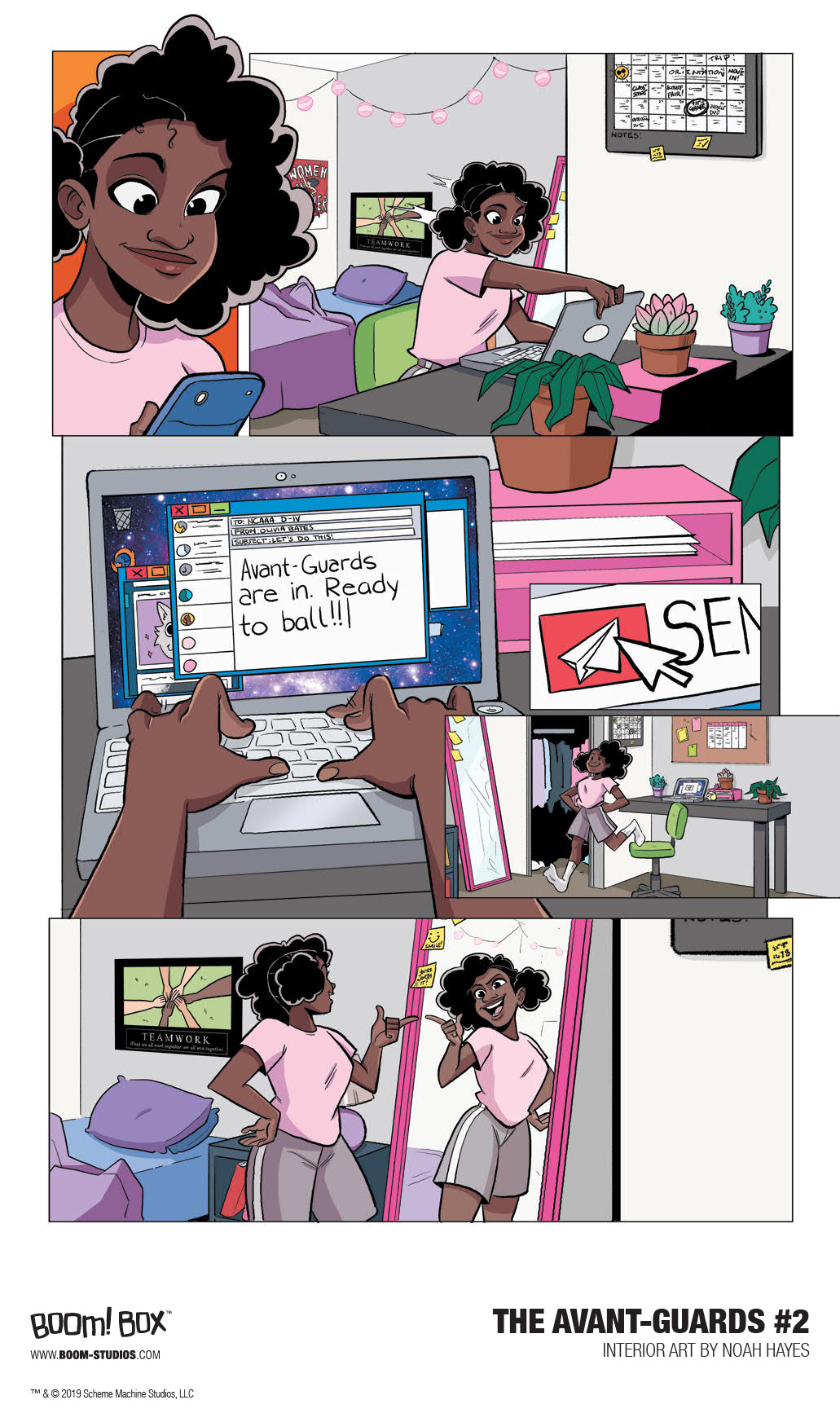 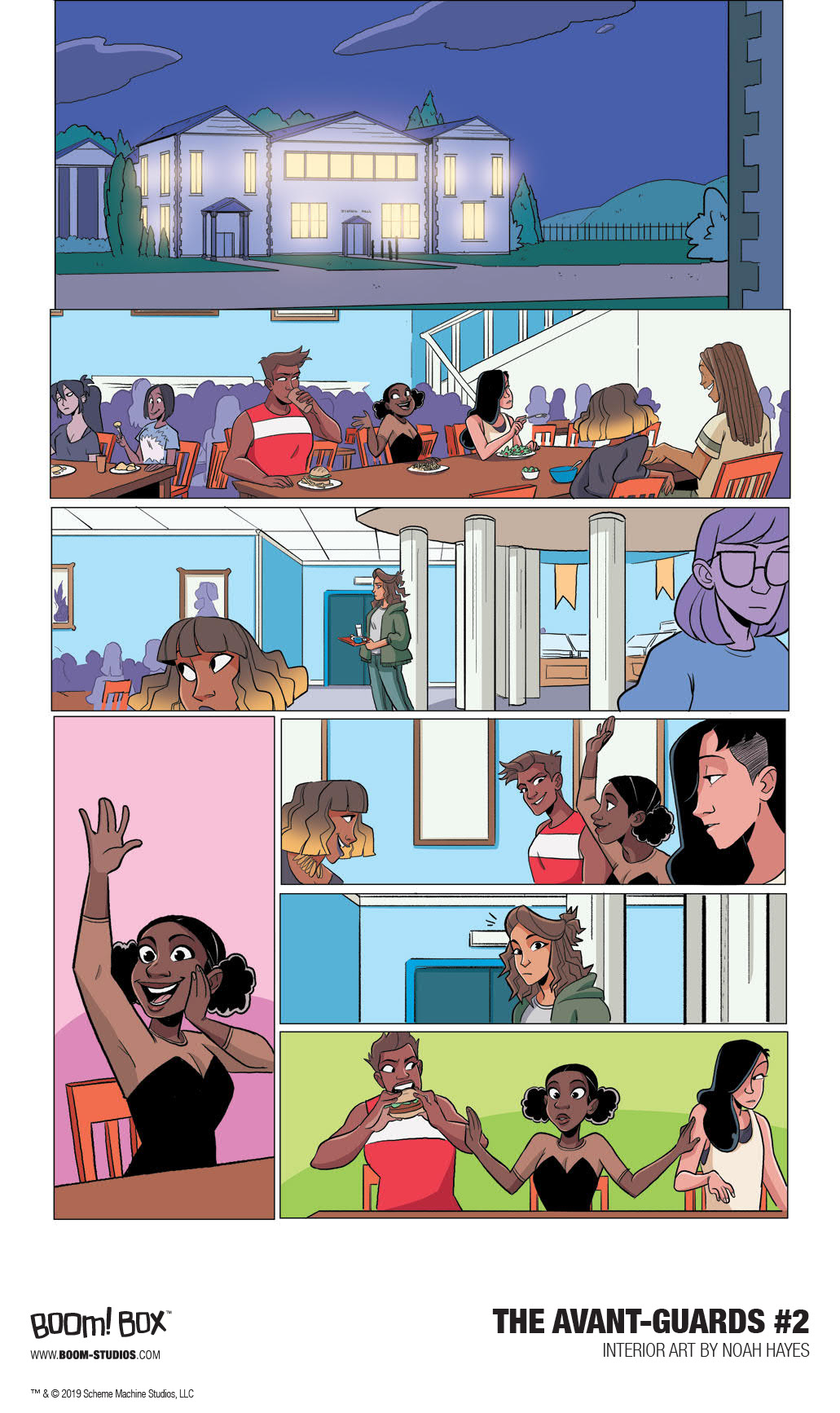