Dogfighters Are In Serious Trouble! 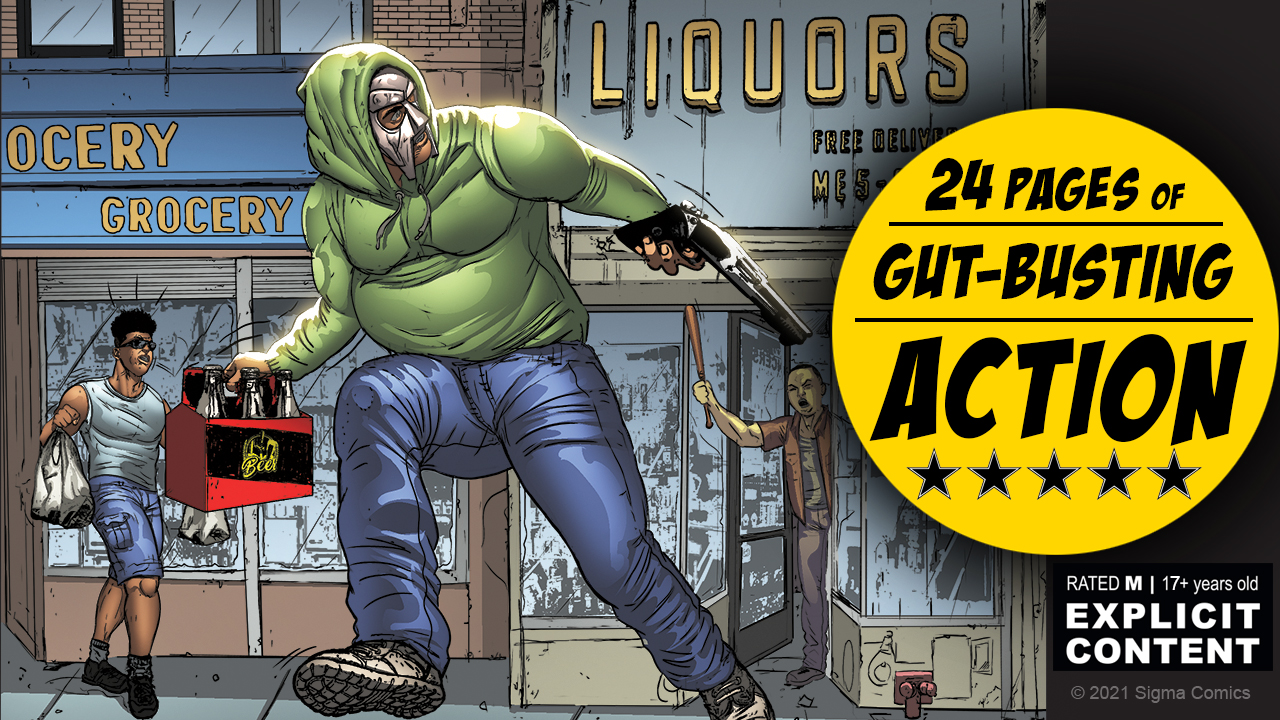 September 2, 2021 – New York, NY – SIGMA COMICS, LLC, a comic book publisher dedicated to fighting animal abuse, today announced the availability of the third issue of their flagship title, Here Comes CALICO. Issue #3 will be available for pre-order on Kickstarter, starting on September 14th for two weeks only. Campaign backers will get early access to Issue #3, along with a multitude of exclusive perks, including signed comic books, posters, caps, shirts and stickers. The much-anticipated third issue will be available for sale in mid October 2021, at Sigmacomics.com and select comic book stores, with a retail price of $2.99 USD.

Issue #3 deals with the topic of dogfighting, a serious problem all across the country, yet with very little media attention. Here’s Sigma Comics’ latest video for the upcoming issue. The new comic book series, which received early guidance from legendary comic book artist, Klaus Jansen, has received rave reviews from comic book experts and pros alike. “This is not Batman. It’s groundbreaking for comic books,” said industry-veteran Wild Bill of Youtube channel Comic Book Geezers. “The whole scenario is something that’s never been addressed before, that I’m aware of. I’ve never seen anything like this in comics, so I think this is pretty cool.”

The highly controversial series, featuring CALICO, New York City’s newest anti-hero, has garnered worldwide support for its bold stance against animal abuse. The series has also attracted the attention and support of world renowned comic book creator Chuck Dixon, who’s legendary Batman and Punisher runs, for DC Comics and Marvel Comics respectively, are widely regarded as some of the very best. After coming across the Kickstarter campaign for Here Comes CALICO #2, Dixon recommended the campaign to his social media audience, an act that led to the campaign achieving its funding goal.

Set in the rough outer boroughs of New York City, Here Comes CALICO follows Hector Gil, a former boxer from The Bronx with a huge chip on his shoulder, created by life regrets. He decides to enter a prestigious boxing tournament, and as he trains, his new Brooklyn neighbors are unaware of the double-life he leads. On choice evenings, Hector Gil becomes the CALICO, to pay unfriendly visits to people who abuse and kill animals. He is supported by a varied network of technically savvy and resourceful data professionals, all bent on making sure CALICO completes his missions without a hitch.

Sign up to be notified on the Pre-order Launch for Issue #3 from September 14-29 at: Kickstarter.com