Discover Your School Spirit in ALL MY FRIENDS ARE GHOSTS From BOOM! Studios 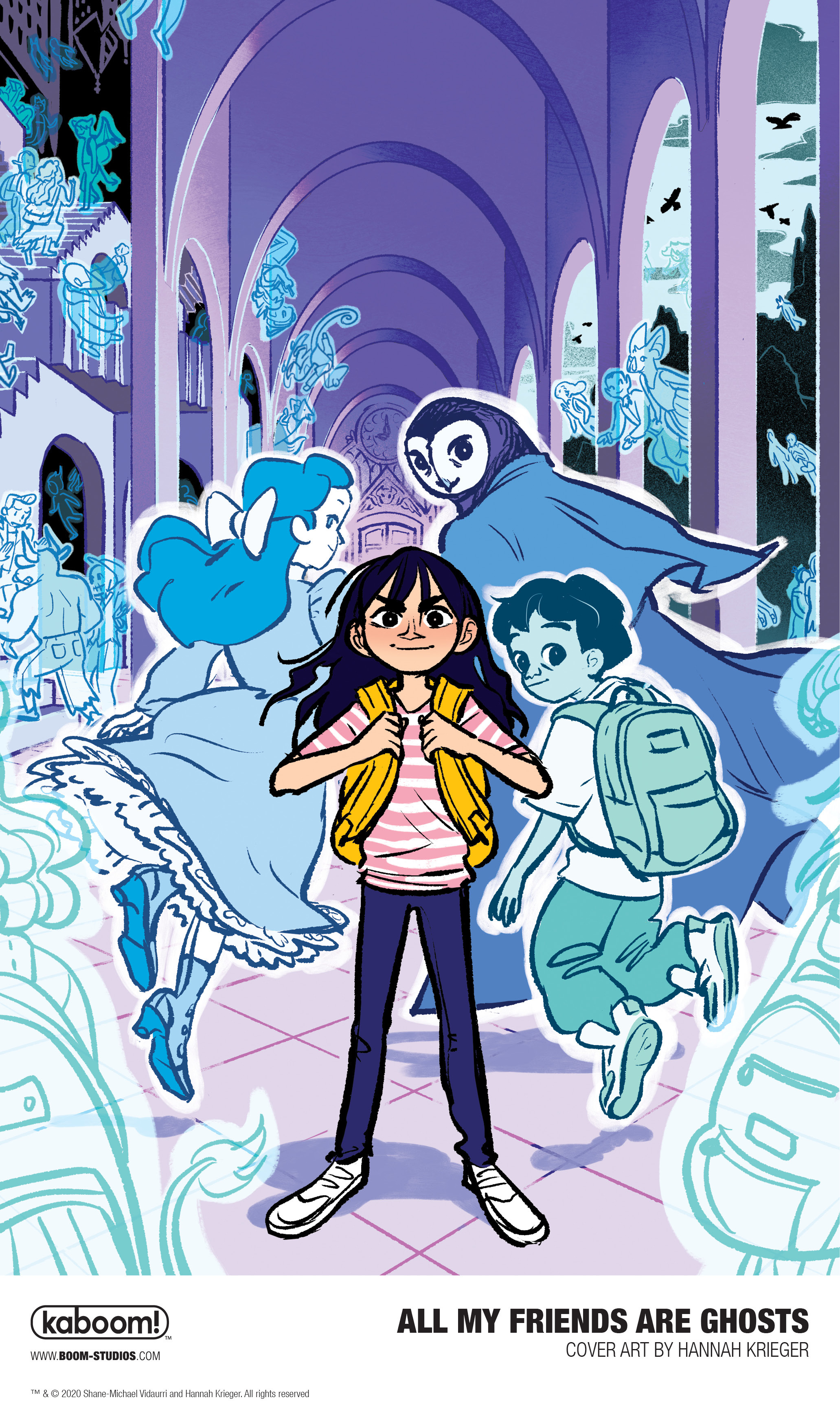 LOS ANGELES, CA (August 12, 2019) – BOOM! Studios today announced a brand new original graphic novel, ALL MY FRIENDS ARE GHOSTS from acclaimed writer S.M. Vidaurri (Iron, Steven Universe) and artist Hannah Krieger (Psychic Mansion), about discovering what makes you special and helping others be seen for who they are, available in stores April 2020.

Effie is lost, and feels like a ghost. She skips school because she doesn’t think anyone will notice, and doesn’t feel like she belongs, or that school offers her anything that she wants. Simply, she has stopped trying. One day, when she realizes that no one will notice, she escapes from her every day life… and discovers a ghost school in the nearby woods. But just as she’s beginning to learn all about the amazing things that ghosts can do – like possession, poltergeist-ing, demon magic and more – Effie is asked by her new friends to help track down a mysterious spirit that’s been spotted. But if Effie’s going to succeed, she’ll not only have to show her friends that she’s got something special,but also learn to believe she’s got it too.

S.M. Vidaurri is an illustrator and comic book creator based in New York. He received a BFA in Illustration from the University of the Arts in Philadelphia. His first graphic novel Iron: Or The War After was published in 2012 and was nominated for the Graphic Album category in the Pépites 2013 Salon de Montreuil. His work was also featured in Locust Moon’s Little Nemo: Dream Another Dream which won for Best Anthology in the 2015 Eisner Awards. Vidaurri has worked as a writer on Steven Universe: Harmony from BOOM! Studios, as well as working as an artist and illustrator for Archaia Entertainment, Dark Horse Comics, Editions Cambourakis, Image Comics, Paste Magazine, Z2 Comics, and more.

“As a creator, it’s been so much fun to watch Effie as she battles monsters and homework, and finds that making friends with a poltergeist is easier than catching the bus.” said writer S.M. Vidaurri. “Hannah’s art really brings the ghosts to life and creates a dynamic, enthralling world for kids to discover. We can’t wait to share Effie’s adventures with everyone!”

Hannah Krieger is a cartoonist and illustrator based in North Carolina. She acquired her BFA in Illustration from School of Visual Arts in 2014. As part of her work as an illustrator, Krieger created the bonus material assets for award-winning 2016 video game documentary Man Vs Snake. She is also the creator of the webcomic series, Camodad and Psychic Mansion.

“I’m thrilled to be drawing ALL MY FRIENDS ARE GHOSTS with Shane-Michael Vidaurri behind the wheel; his writing is evocative with a big dash of fun. It is such a treat to be working on a book about social misfits, for social misfits.” said artist Hannah Krieger. “These characters are heartfelt and hilarious, and I hope you enjoy following their journey as much as I have!”

ALL MY FRIENDS ARE GHOSTS is the latest release from BOOM! Studios’ award-winning KaBOOM! imprint, home to comics for middle grade and younger readers including original series like Just Beyond: The Scare School by R.L. Stine and Kelly & Nichole Matthews, Hex Vet by Sam Davies, Hotel Dare by Terry Blas and Claudia Aguirre, RuinWorld by Derek Laufman, Drew and Jot: Dueling Doodles by Art Baltazar, and Pandora’s Legacy by Kara Leopard and Kelly & Nichole Matthews, as well as licensed series such as Adventure Time, Steven Universe, and Over The Garden Wall.

“For some, a school for ghosts may sound like a nightmare but for Effie, who’s lonely and just wants to find people who’ll accept her as she is, it’s a place where she can finally feel like herself,” said Matthew Levine, Editor, BOOM! Studios. “S.M. and Hannah do an amazing job of creating this magical, impossible world that’ll ring very true for anyone who’s ever dreamed of escaping their daily life to go find adventure and friendship, even if it shows up in the most unexpected places!”

Print copies of ALL MY FRIENDS ARE GHOSTS will be available for sale in April 2020 at local comic book shops (use comicshoplocator.com to find the nearest one), bookstores or at the BOOM! Studios webstore. Digital copies can be purchased from content providers, including comiXology, iBooks, Google Play, and the BOOM! Studios app.

For continuing news on ALL MY FRIENDS ARE GHOSTS and more from BOOM! Studios, stay tuned to www.boom-studios.com and follow @boomstudios on Twitter. 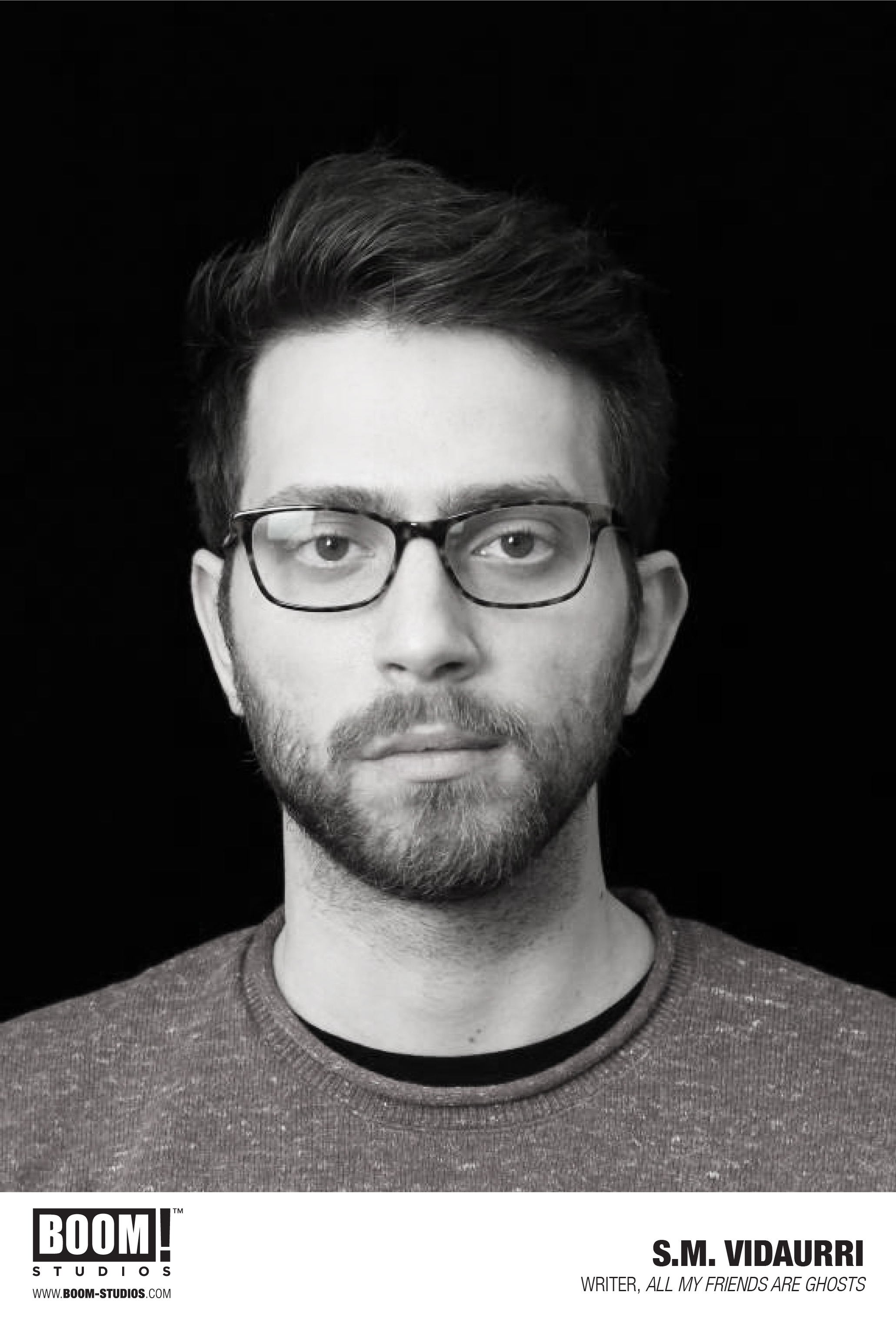 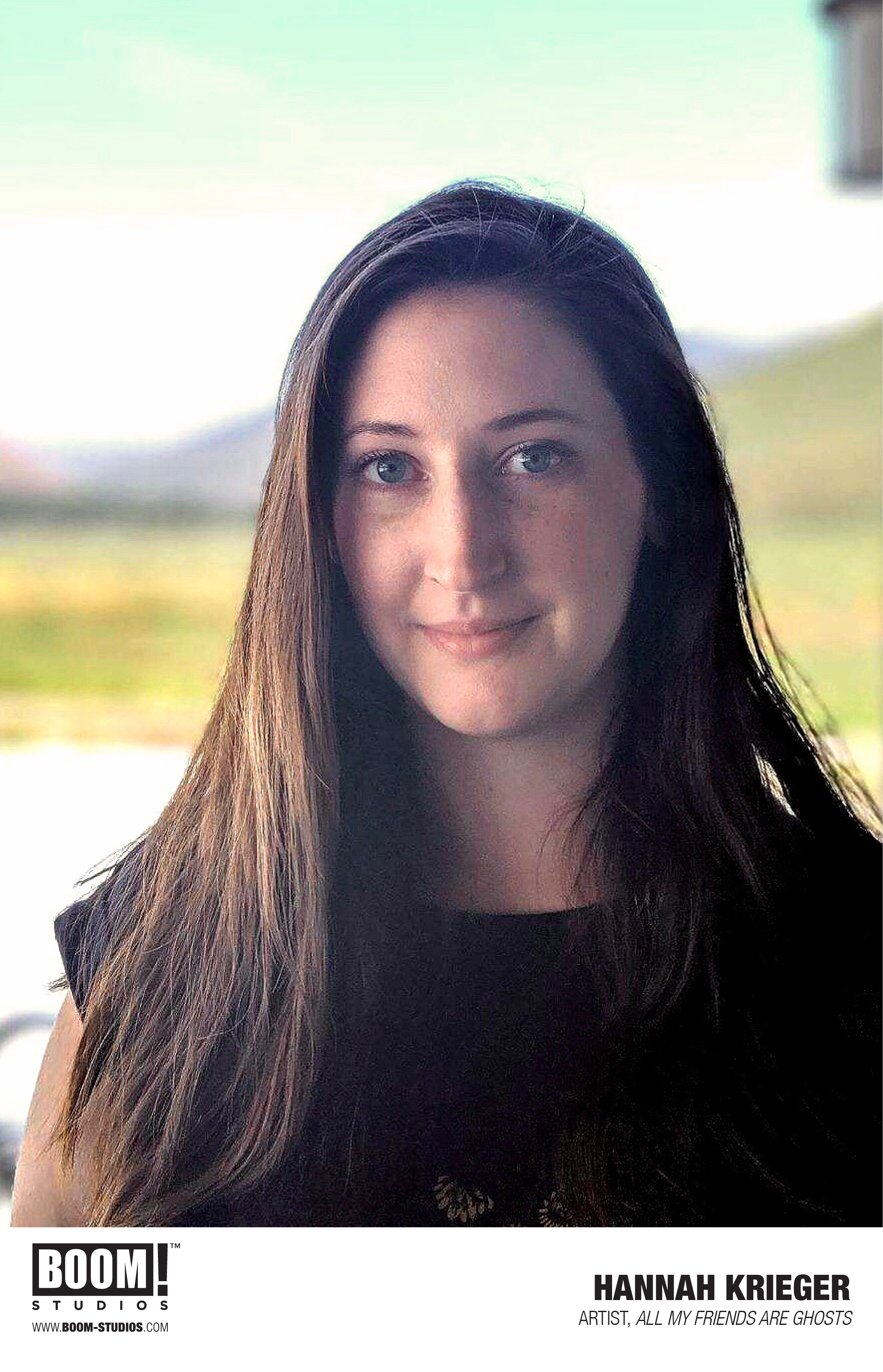