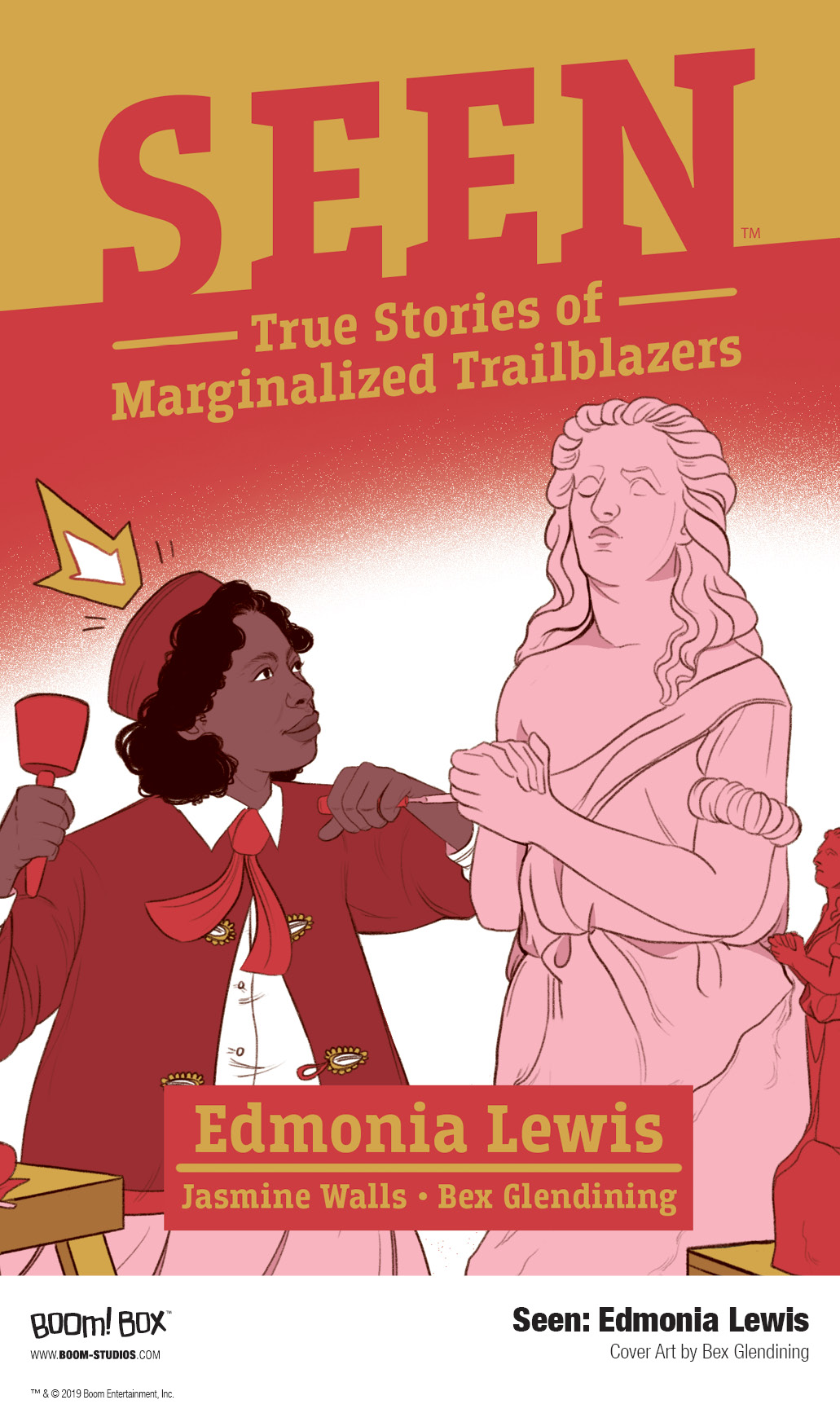 “Traditionally, the history books do not provide a clear lens to examine the accomplishments, gifts, and world-changing acts of countless unsung figures who fall outside of the typical classroom curricula. We wanted to create beautiful, accessible comic pocketbooks for young adults and teens that tell the stories of those whose impact was as large and meaningful as anyone you may have learned about in school,” said Shannon Watters, Senior Editor, BOOM! Studios. “Thanks to Jasmine and Bex, the first spotlight is thrown on the accomplished, innovative sculptor and artist, Edmonia Lewis, who rose to prominence on the strength of her remarkable artistry and skill.”

In the first graphic novel of the series, SEEN: EDMONIA LEWIS, writer Jasmine Walls and artist Bex Glendining present the true story of Edmonia Lewis, the woman who changed America during the Civil War by becoming the first sculptor of African-American and Native American heritage to earn international acclaim.

“I’m incredibly excited to share SEEN: EDMONIA LEWIS! This globe-trotting, groundbreaking sculptor defied the roles expected of her, and paved her own path to international acclaim.” said Jasmine Walls, a comic writer and artist currently based in Chicago. “She’s a role model I wish I’d known about as a young artist, and I hope she inspires a new generation.”

“SEEN: EDMONIA LEWIS tells the story of African American and Native American sculptor Edmonia Lewis. Edmonia stood her ground and took the fine art world by storm with her incredible sculptures,” said Bex Glendining, UK based illustrator and comic artist/colourist. “I can’t wait to help bring this amazing historical figure to life along with writer Jasmine Walls. I hope you’ll connect and fall in love with her story too!”

Print copies of SEEN: EDMONIA LEWIS will be available for sale in September 2020 at local comic book shops (use comicshoplocator.com to find the nearest one), bookstores or at the BOOM! Studios webstore. Digital copies can be purchased from content providers, including comiXology, iBooks, Google Play, and Madefire. The SEEN series will continue with SEEN: RACHEL CARSON from writer Birdie Willis and artist Rii Abrego, available in December 2020.

For more on SEEN: TRUE STORIES OF MARGINALIZED TRAILBLAZERS and other projects from BOOM! Studios, stay tuned to www.boom-studios.com and follow @boomstudios on Twitter. 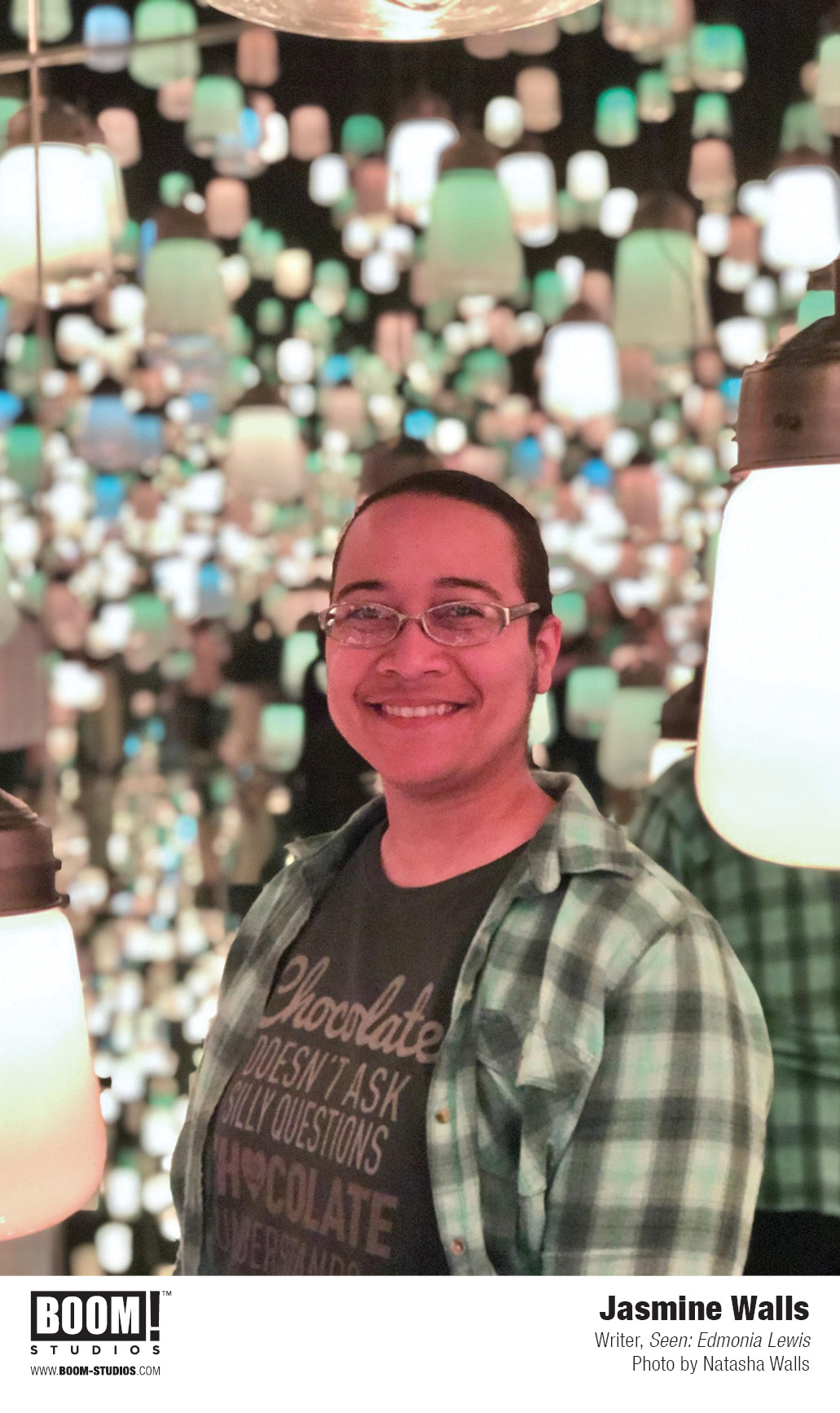 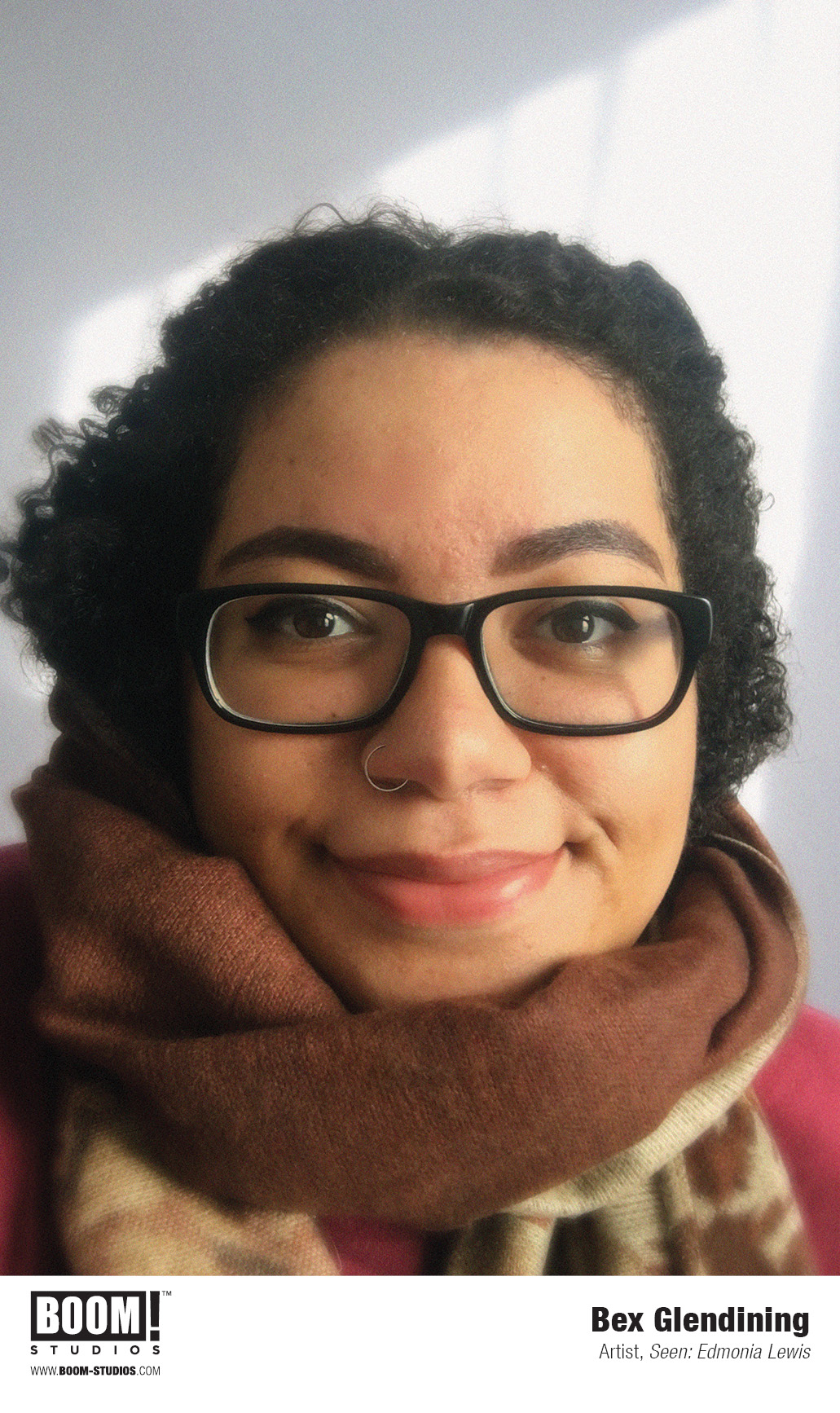 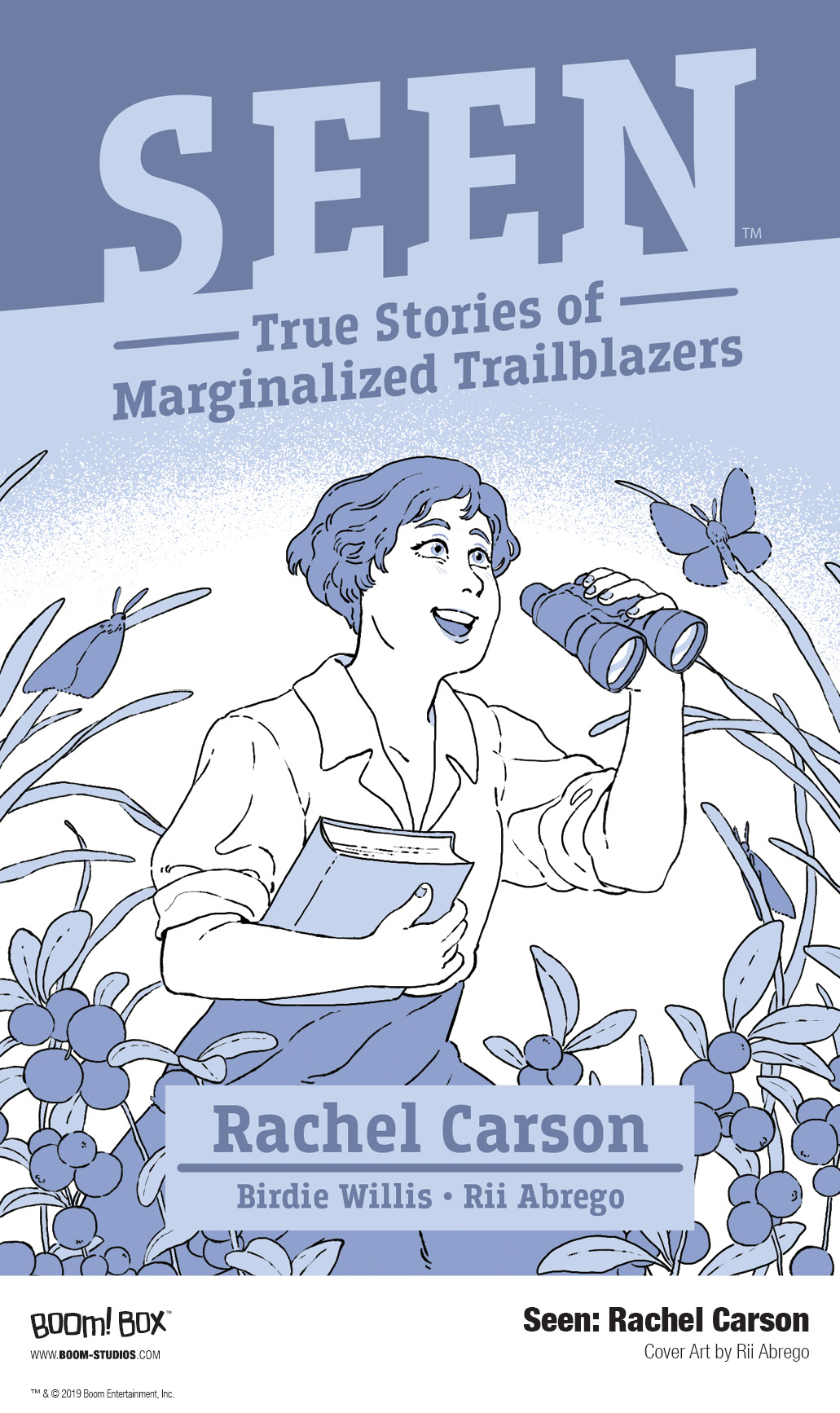