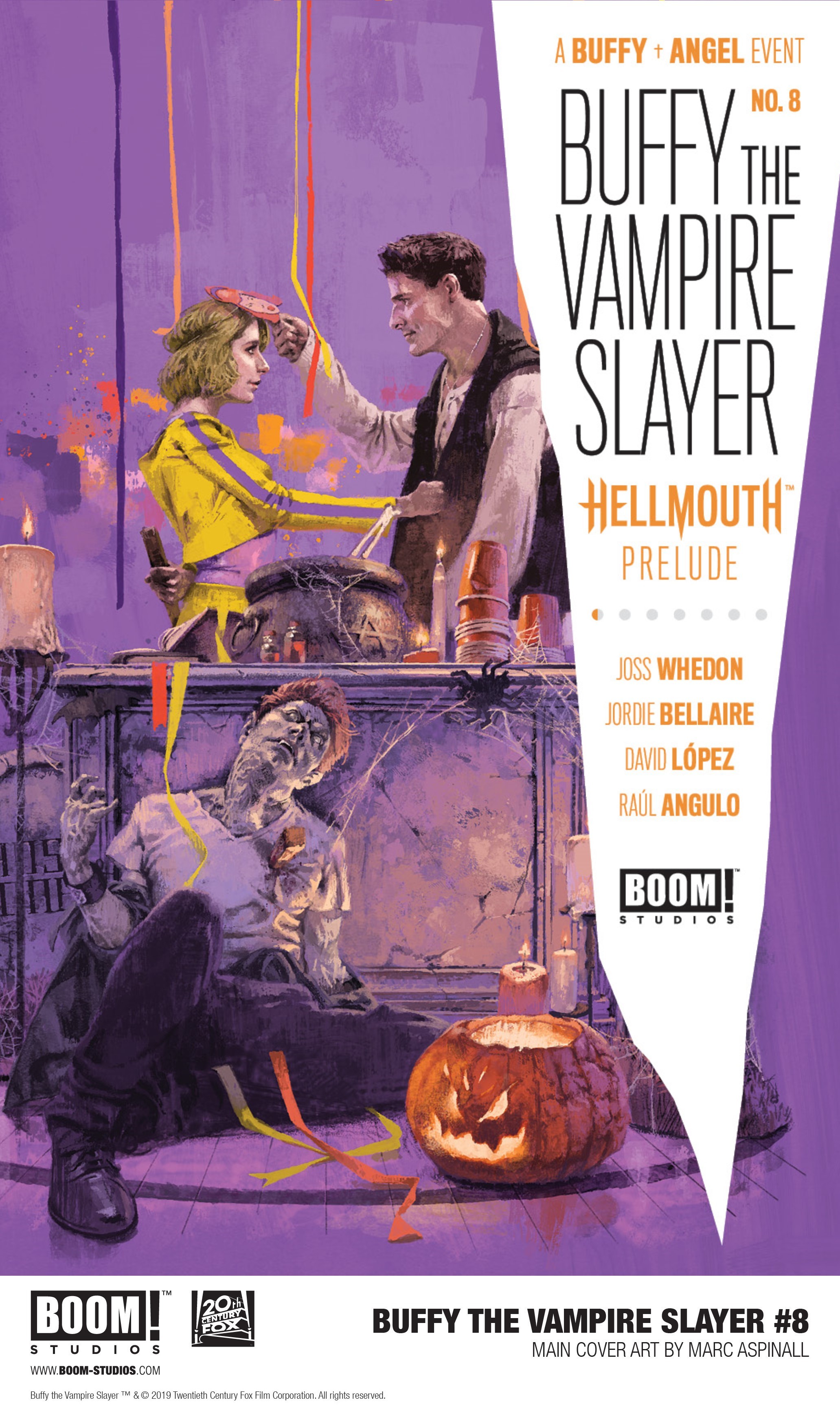 The road to Hellmouth begins in BUFFY THE VAMPIRE SLAYER #8, where the Slayer meets Angel for the very first time! Buffy’s on patrol at her school’s Halloween dance, but instead of demons and monsters, she finds a stranger in a mask who seems to be watching her every move. Meanwhile, across town, someone close to the Scooby Gang makes a fateful decision that has dire consequences for Sunnydale, and leads directly to the event that will change Buffy and Angel’s lives forever in…the HELLMOUTH.

“It’s the moment every fan has been waiting for since Angel first appeared in our all-new Buffyverse. While we may know them as meant-to-be, this Buffy and Angel are a pair of strangers who have been leading very different lives on separate paths,” said Jeanine Schaefer, Executive Editor, BOOM! Studios. “But now all roads lead to the Hellmouth, meaning these two heroes will finally meet face to face, altering the fates of everyone in the Buffyverse forever!”

Buffy the Vampire Slayer premiered on the WB Network on March 10th, 1997. The Emmy- and Golden Globe-nominated series, which ran for seven seasons from 1997–2003, starred Sarah Michelle Gellar as Buffy Summers. Chosen to battle vampires, demons, and other forces of darkness, Buffy was aided by her Watcher, Rupert Giles, and a circle of friends known as the Scooby Gang.

BUFFY THE VAMPIRE SLAYER is the newest release from BOOM! Studios’ eponymous imprint, home to critically acclaimed original series, including Once & Future by Kieron Gillen and Dan Mora; Something is Killing the Children by James Tynion IV and Werther Dell’Edera; Faithless by Brian Azzarello and Maria Llovet; Abbott by Saladin Ahmed and Sami Kivelä; Bury the Lede by Gaby Dunn and Claire Roe; Klaus by Grant Morrison and Dan Mora; and Folklords by Matt Kindt and Matt Smith. The imprint also publishes popular licensed properties including Joss Whedon’s Firefly from Greg Pak and Dan McDaid; Buffy the Vampire Slayer from Jordie Bellaire and David López; Angel from Bryan Edward Hill and Gleb Melnikov; and Mighty Morphin Power Rangers from Ryan Parrott and Daniele Di Nicuolo. 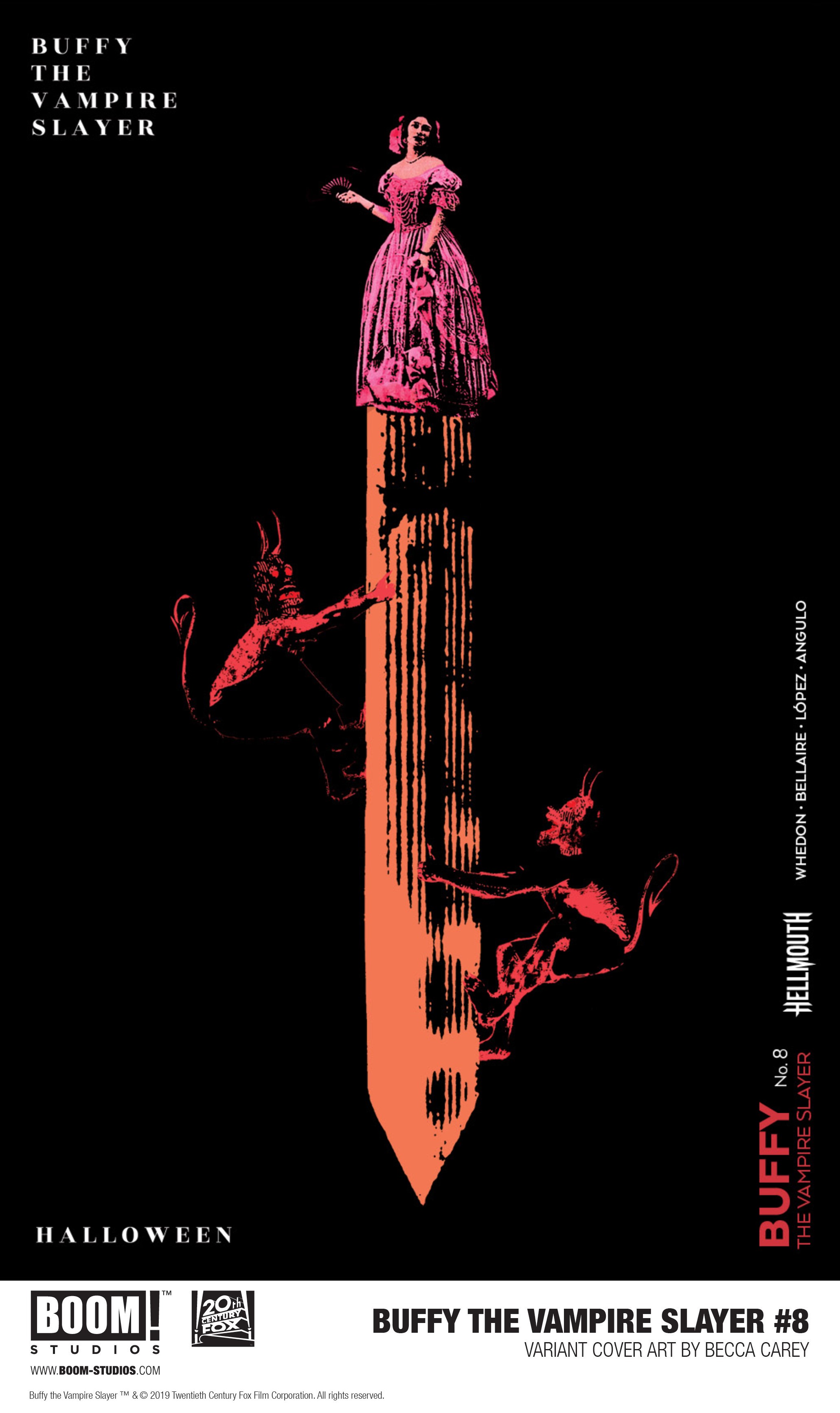 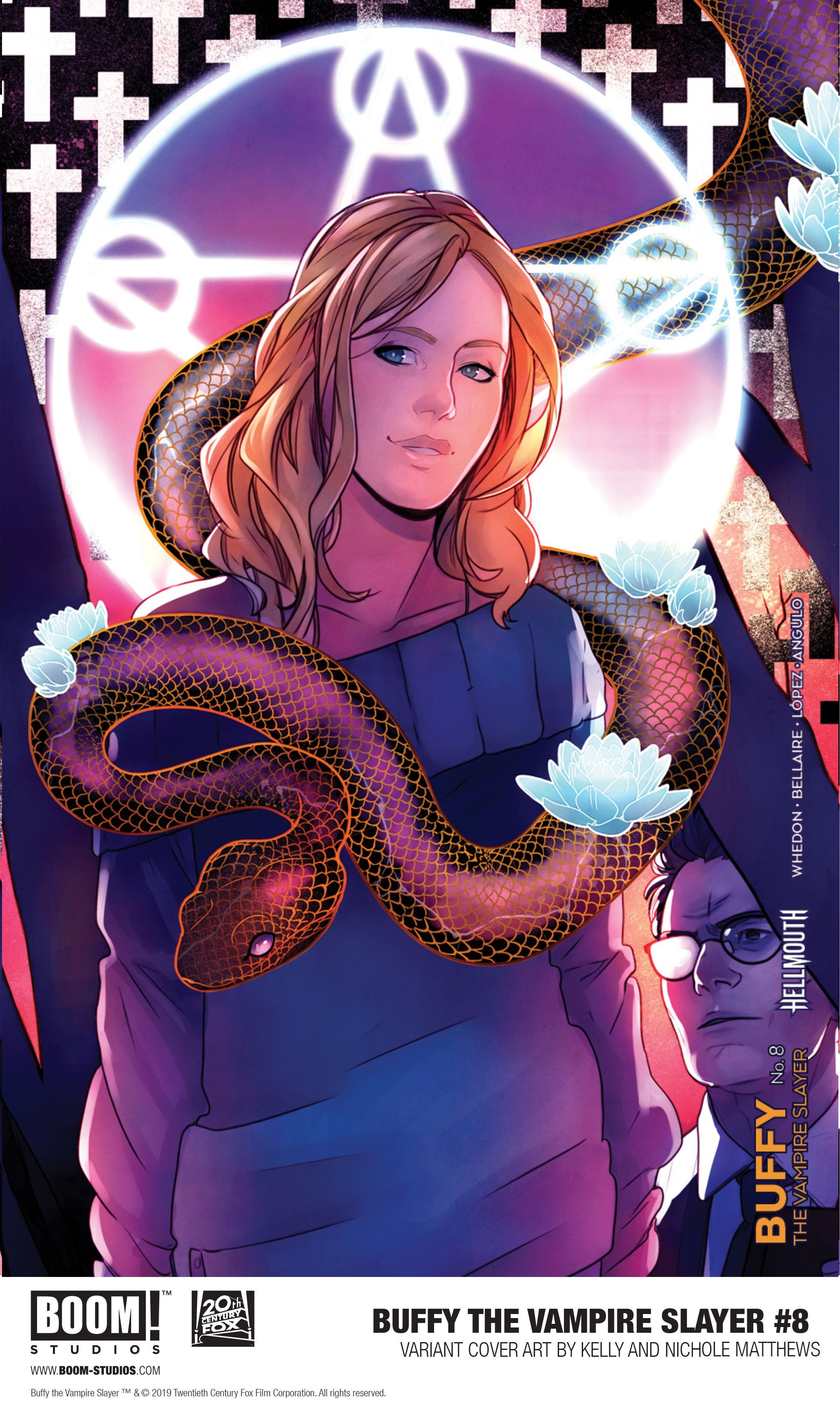 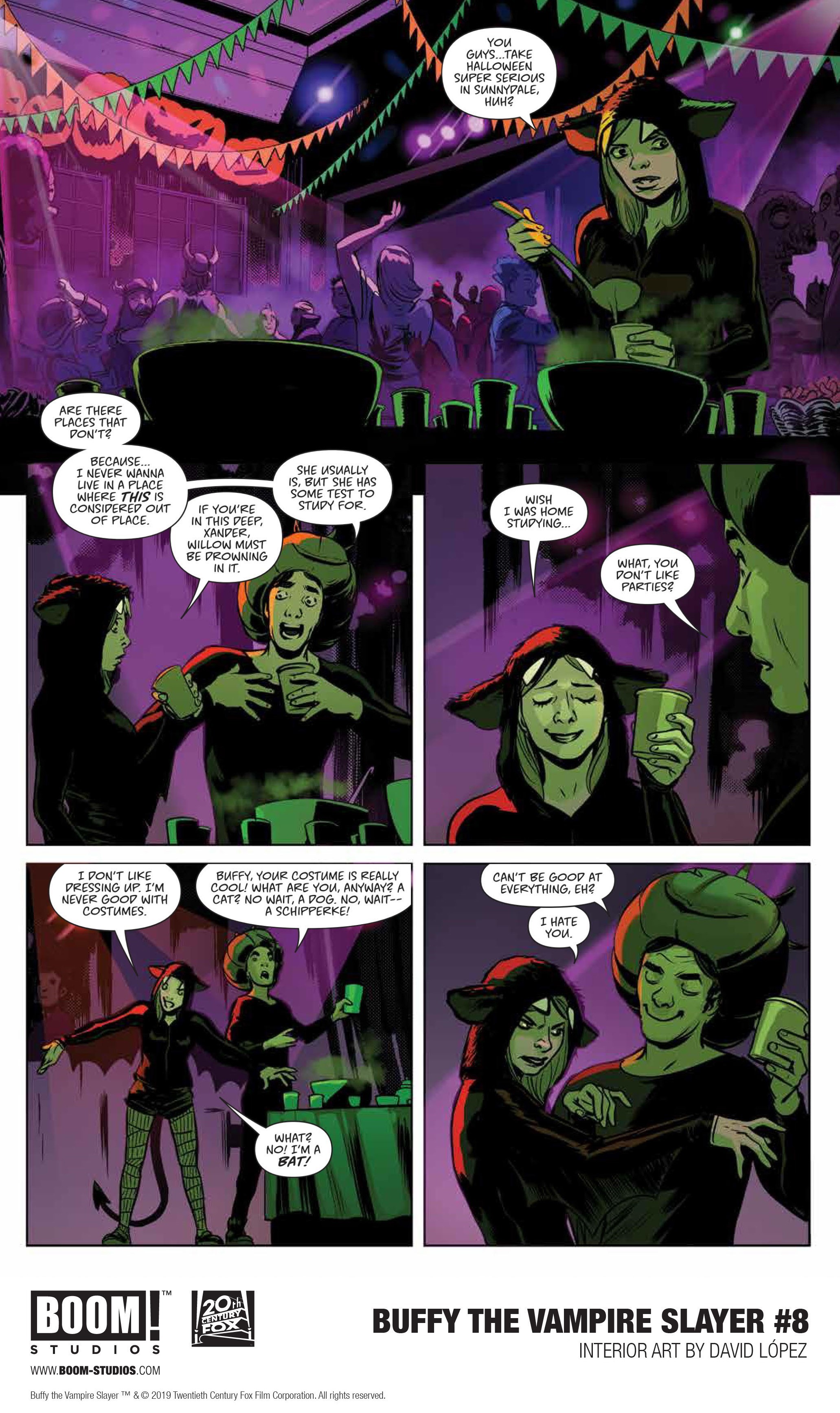 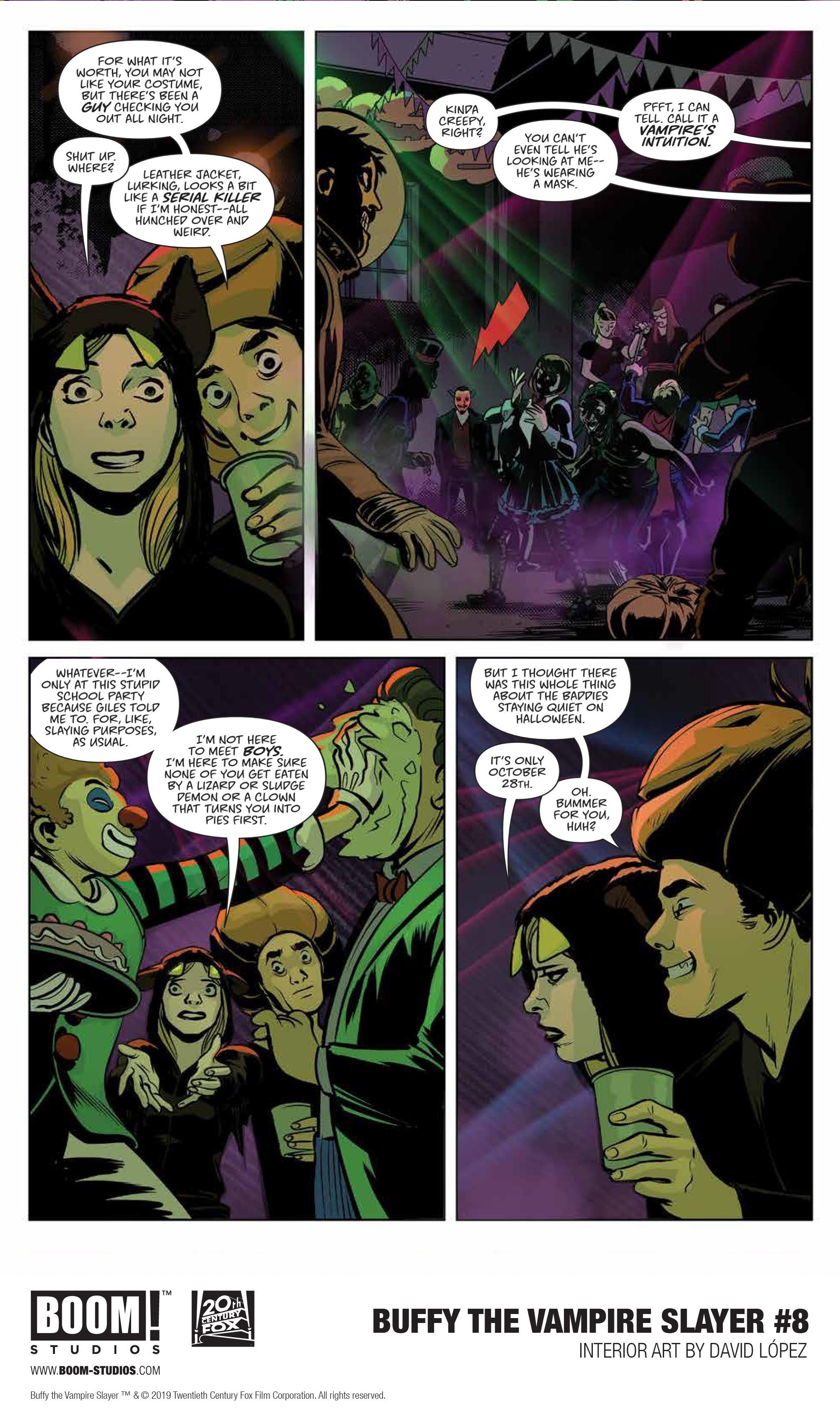 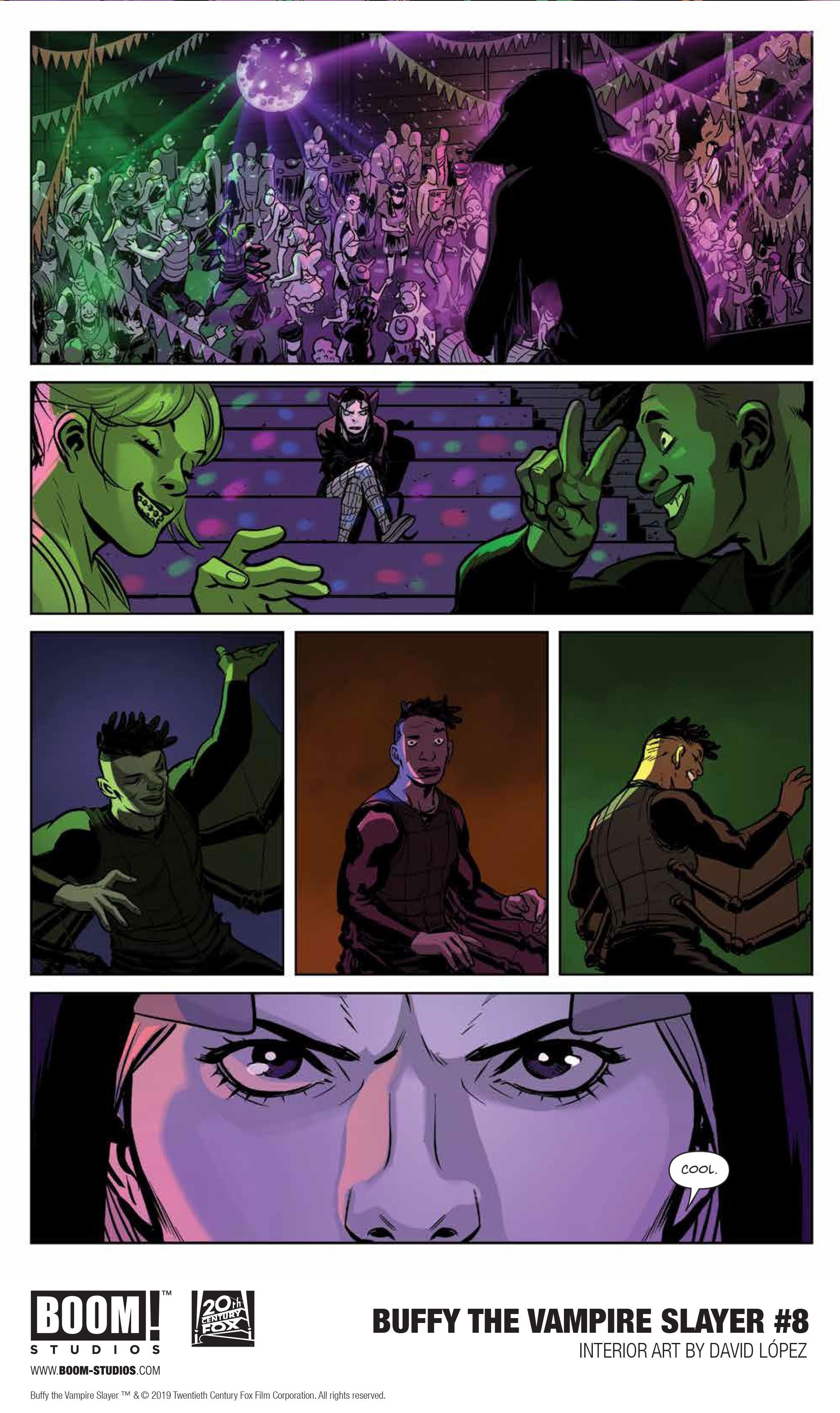 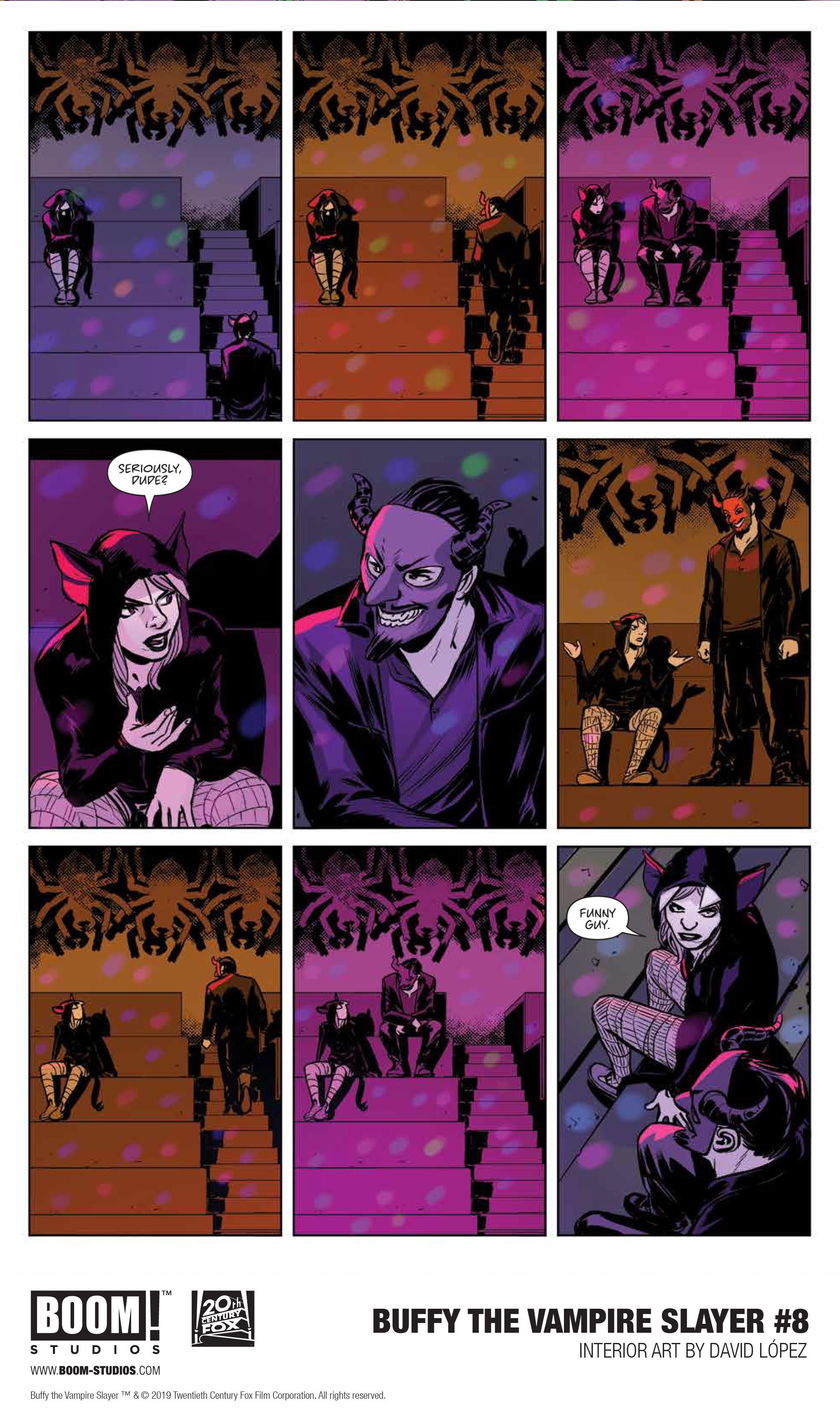