Evil (Red) Sonja, Vampirella, Pantha and their crew have beaten back the undead horde from Earth in Die!namite Lives. But what if there is a new army of zombies on Mars that are ready to start a massive invasion? Yet they may need to preemptively invade Mars themselves. But perhaps the heroes will be aided by a new ally… 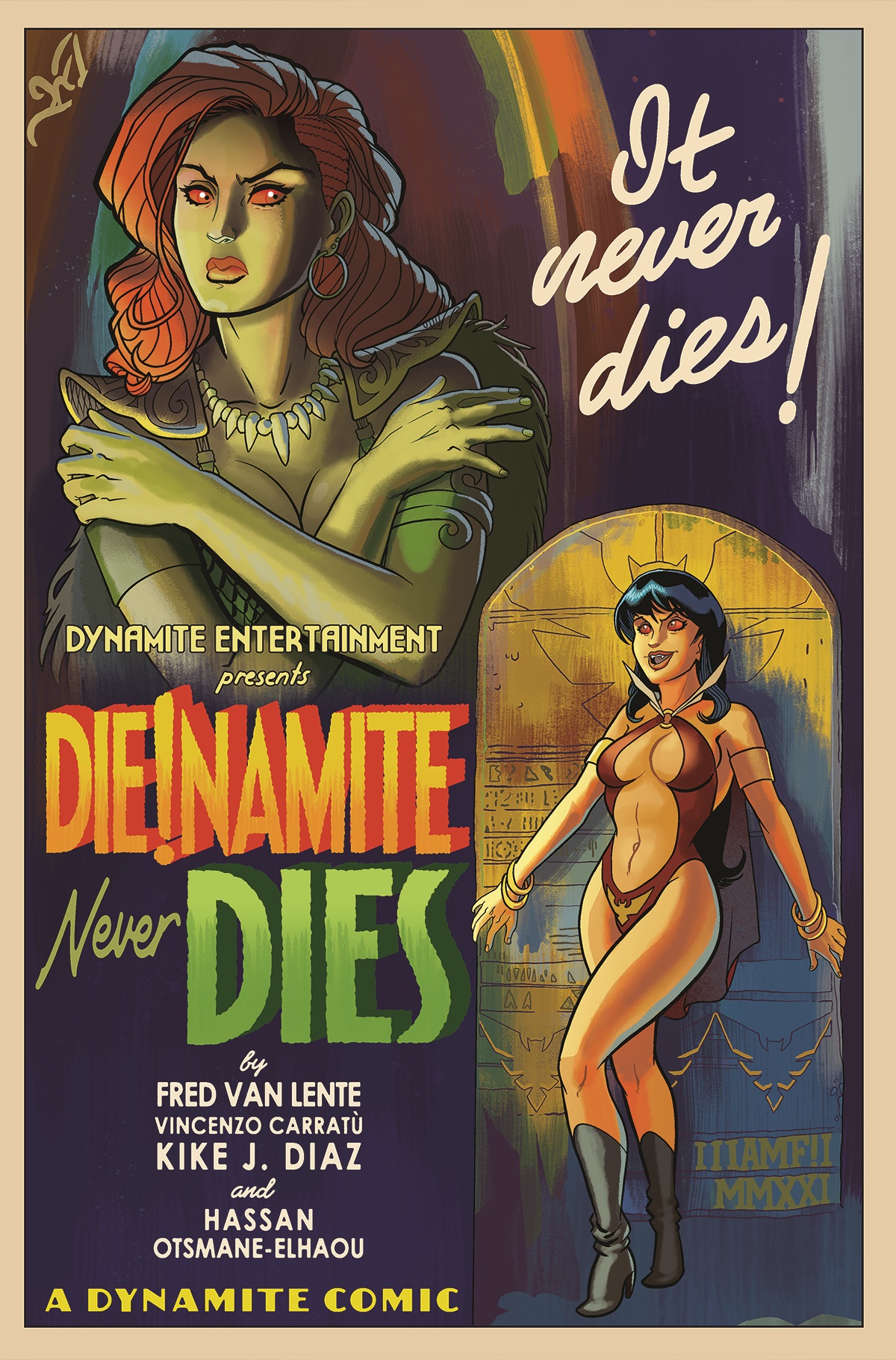 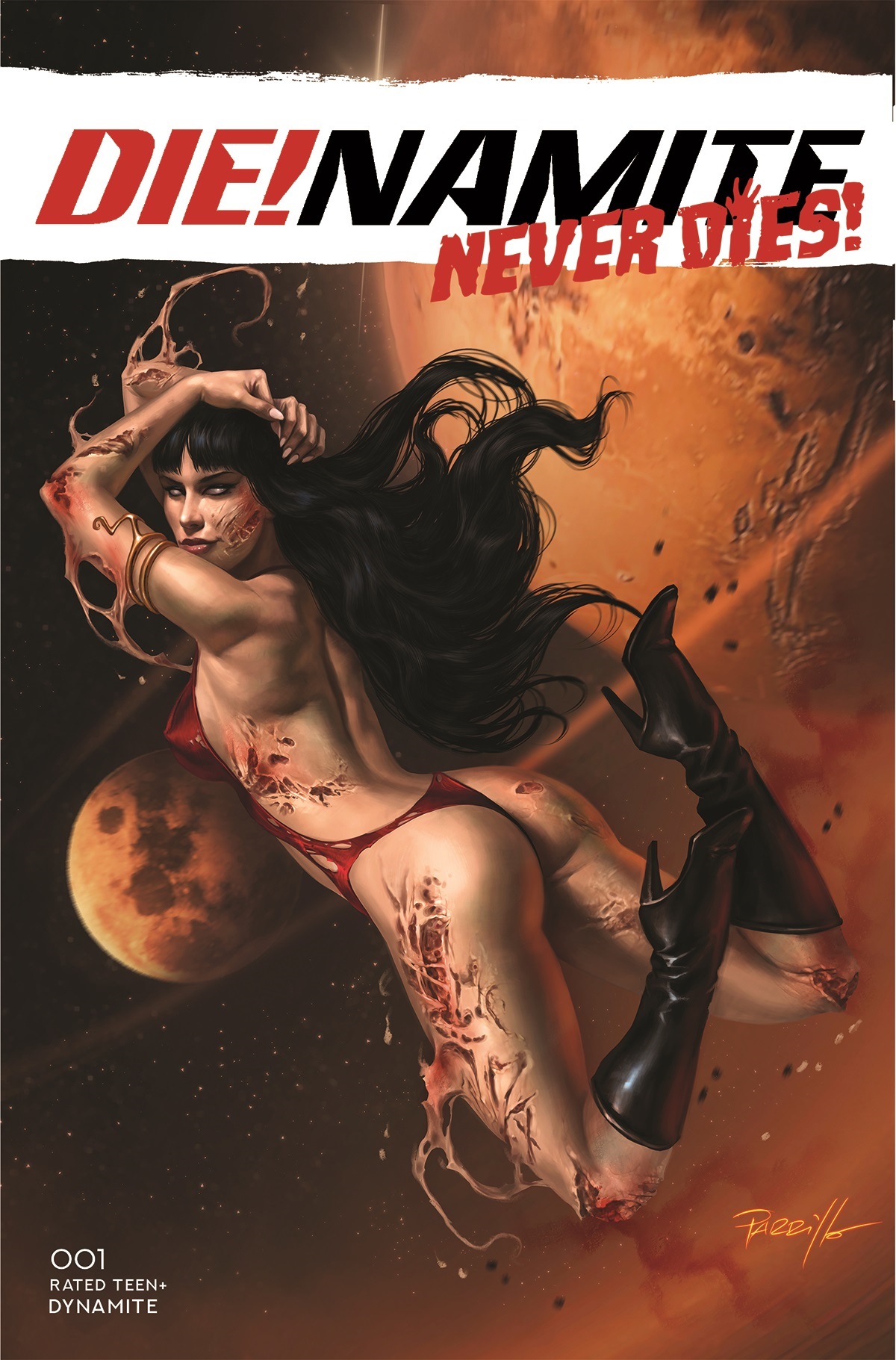 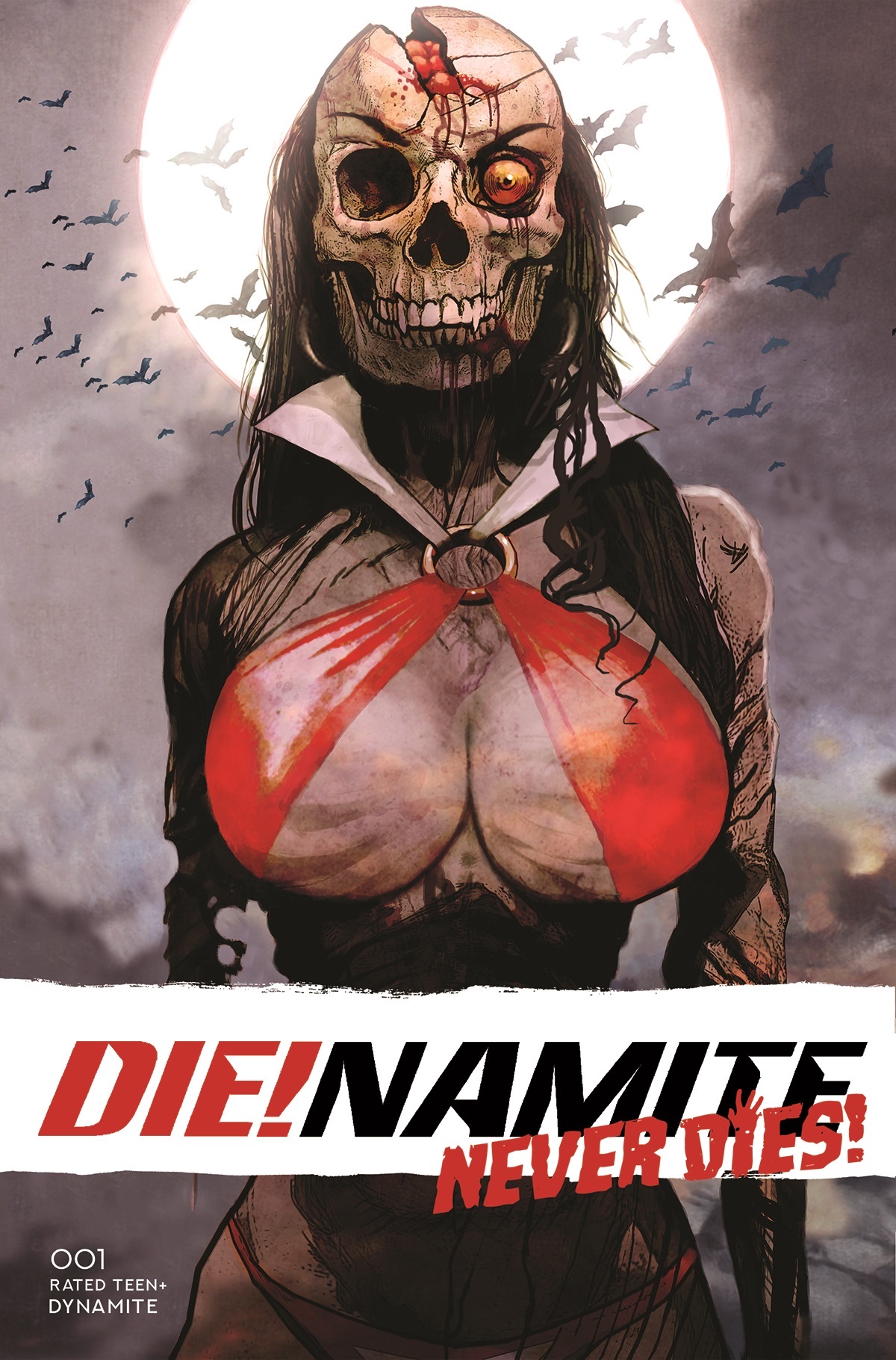 Deep in a lost valley, one man has his hands full with zombie dinosaurs wreaking havoc in his lands. Hear that cry in the jungle? That’s right, Tarzan, the Lord of the Jungle has joined the fray. But everything gets flipped on its head when Lord Greystoke suddenly finds himself transported to Barsoom. As the beloved creations of Edgar Rice Burroughs come face to face, amid chaos.

“I’m so thrilled to be writing Tarzan of the Apes as the latest addition to our already terrific cast,” said writer Fred Van Lente.” As with everything else Die!namite, I think readers will find our take on Lord Greystoke fun, different, and exciting. Just this morning I was writing him fighting a zombie T-Rex – a Z-Rex? Is that a thing? Did I just come up with that? I couldn’t have just come up with that, could I?”

DIE!NAMITE NEVER DIES #1 is solicited in Diamond Comic Distributors’ January 2021 Previews catalog, the premier source of merchandise for the comic book specialty market, and slated for release in March 2022. Comic book fans are encouraged to preorder copies of the issue with their local comic book retailers. It will also be available for individual customer purchase through digital platforms courtesy of Comixology, Kindle, iBooks, Google Play, Dynamite Digital, ComicsPlus, and more!