DIE!NAMITE Brings the Zombie Apocalypse No Character is Safe in Fright-Filled October Debut! 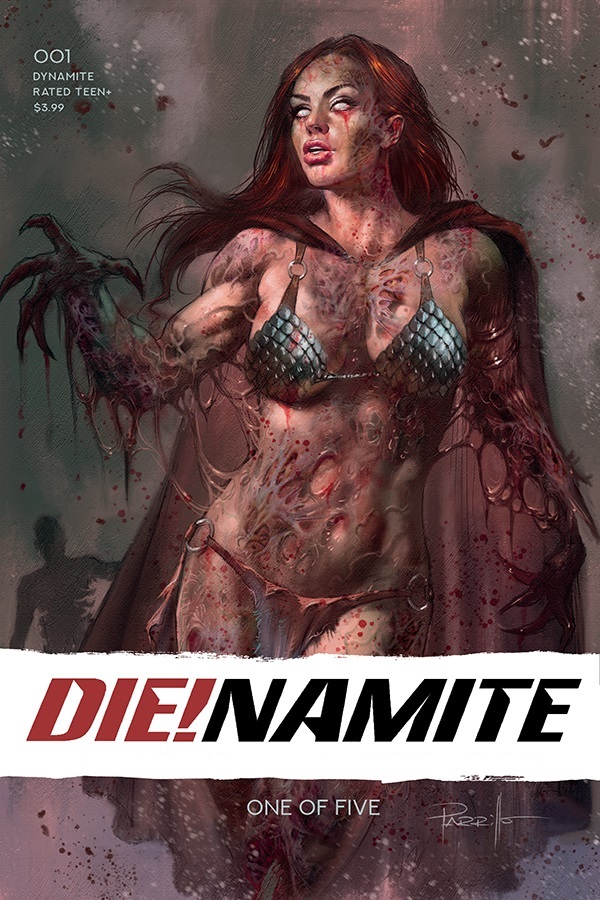 Uniting all of Dynamite’s hit characters like never before, DIE!NAMITE crosses through time and space with a deadly zombie infection. While Peter Cannon and Tabu fight nefarious criminals and Vampirella flies through space on a Drakulonian ship, each discovers a brewing dark mystery. Soon, these heroes, Red Sonja, Dejah Thoris, Project Superpowers, and more will collide and come together to battle the biggest threat any of them have ever faced. And they aren’t guaranteed to survive the ordeal, in general, or specifically with certain limbs!

Written by two-way threat Declan Shalvey (Deadpool vs. Old Man Logan, Moon Knight) and zombie expert Fred Van Lente (Marvel Zombies, Incredible Hercules) and drawn by newcomer sensations Vincenzo Carratu (Lady Zorro) and Justin Mason (Vengeance of Vampirella), the series will be stuffed with kinetic and gruesome action. Dynamite faithful may be familiar with Justin already from special sequences starring the grisly Vampirella villain Hemorrhage, and that same bloody energy is being brought to this series from the whole creative team. Colorist Kike J. Diaz (Army of Darkness) brings a diverse palette and buckets of blood to the page.

“This project is just fun, fun, fun,” said writer Declan Shalvey. “Getting to play with these icons – and in some cases, ripping them apart – is not quite the entertainment I was expecting to have this year. Pulp gets pulped in the R-rated Hollywood blockbuster of the Dynamite universe.”

“I’m excited to come on board as part of this DIE!NAMITE team. I always look forward to returning to the zombie realm,” said writer Fred Van Lente. “In addition to the masked undead, we’re also going to all sorts of new worlds — Barsoom, Draculon — as well as new eras, and encounter terrifying new creatures. As usual, I hope to bring equal measure of scares, gore and fun.” 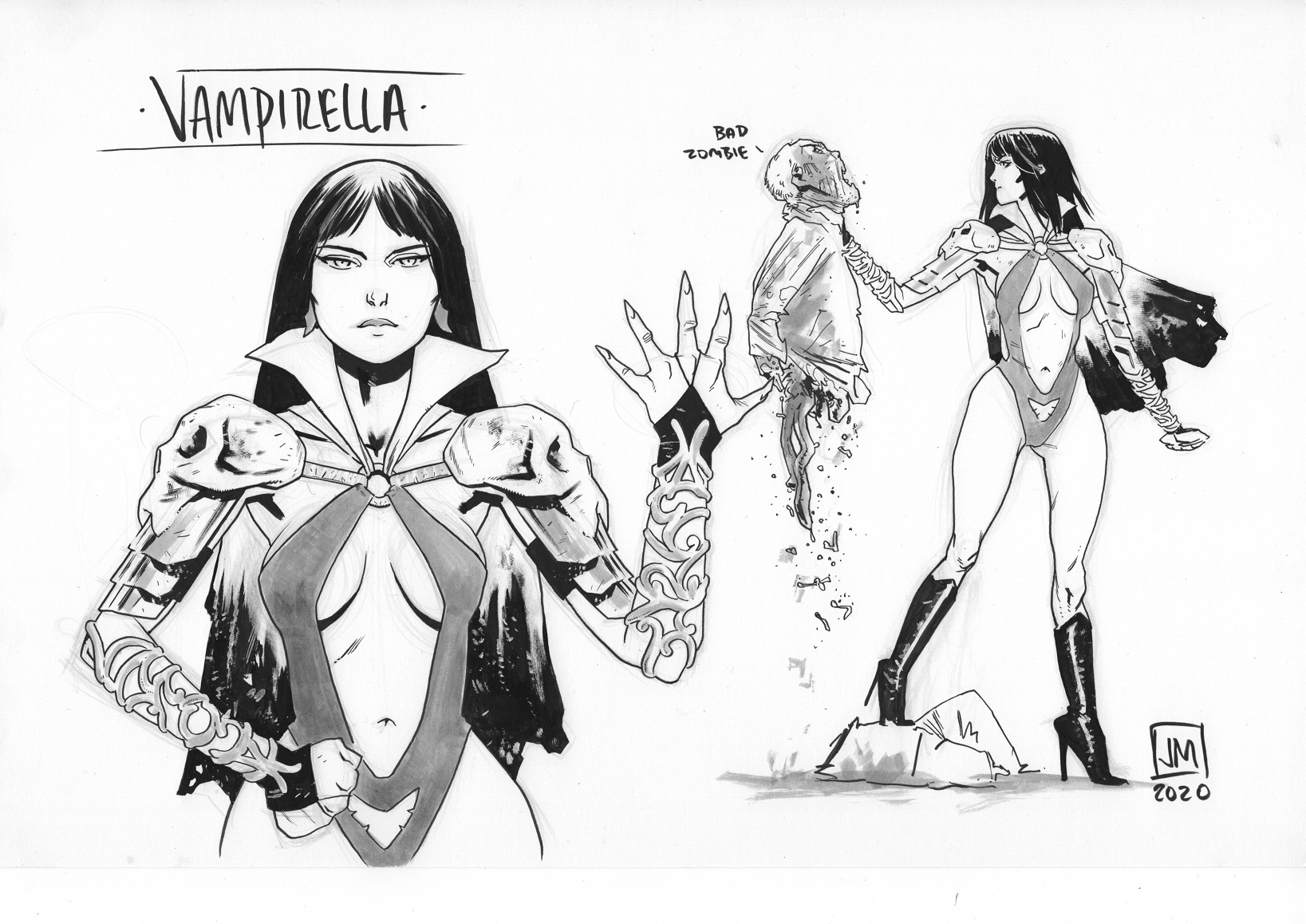 Any great zombie tale in comics must feature some brutal, yet evocative covers. No one in the history of the medium can claim the title of “Zombie King” more than Arthur Suydam, who is a must. Lucio Parrillo dazzles on the first issue with a ragged and decaying Red Sonja. While fans will be doubly excited to see not one, but two fantastic covers by superstar Peach Momoko. Not only that, but her depictions of Vampirella and Red Sonja also have limited edition “zombified” versions! These really tap into Peach’s diverse style and predilection for the macabre.

And fans who want to go above and beyond with their collection can track down the seven zombie-themed variant covers drawn by Juan Gedeon for Dynamite’s March 2020 titles. These loosely connecting covers told their own kind of story and served as inspiration and perhaps an unofficial prequel to DIE!NAMITE. 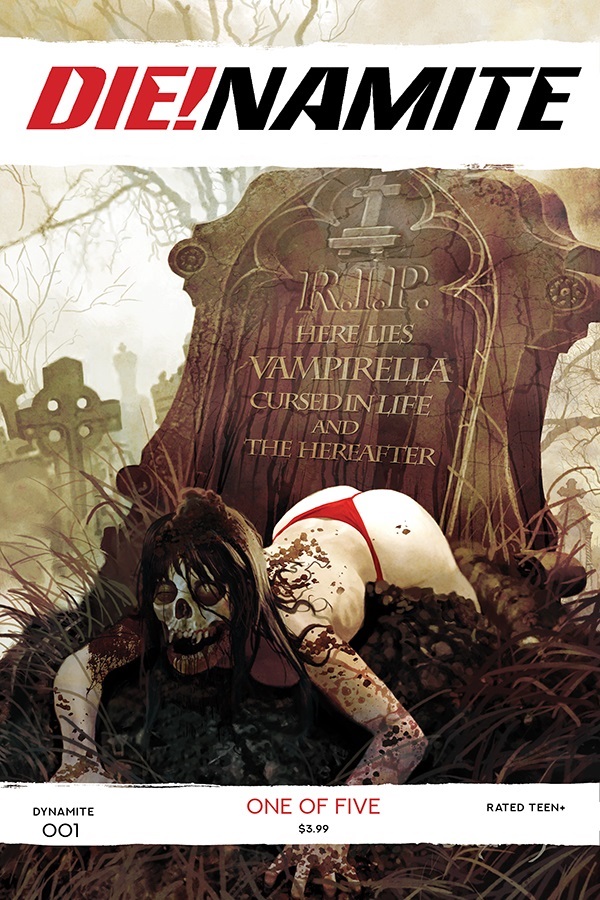 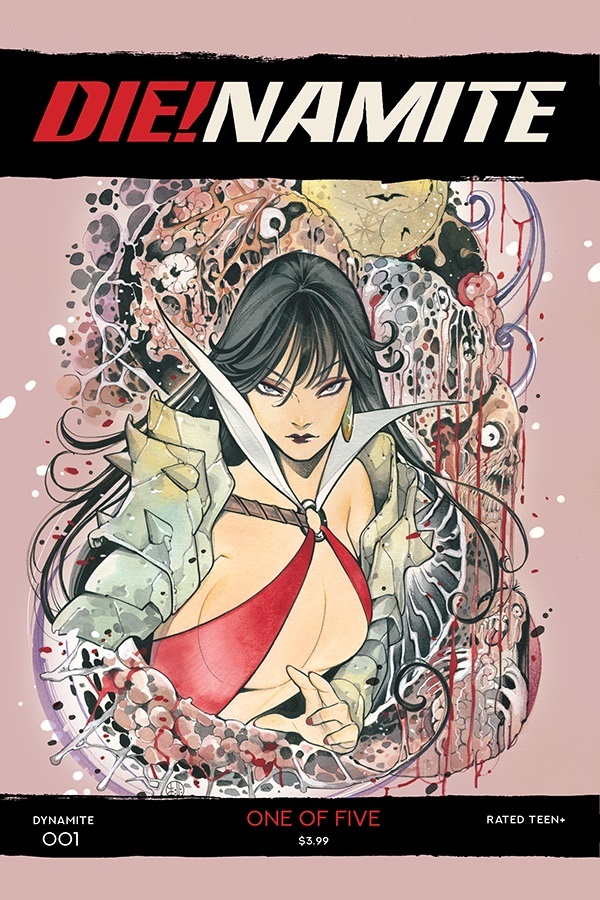 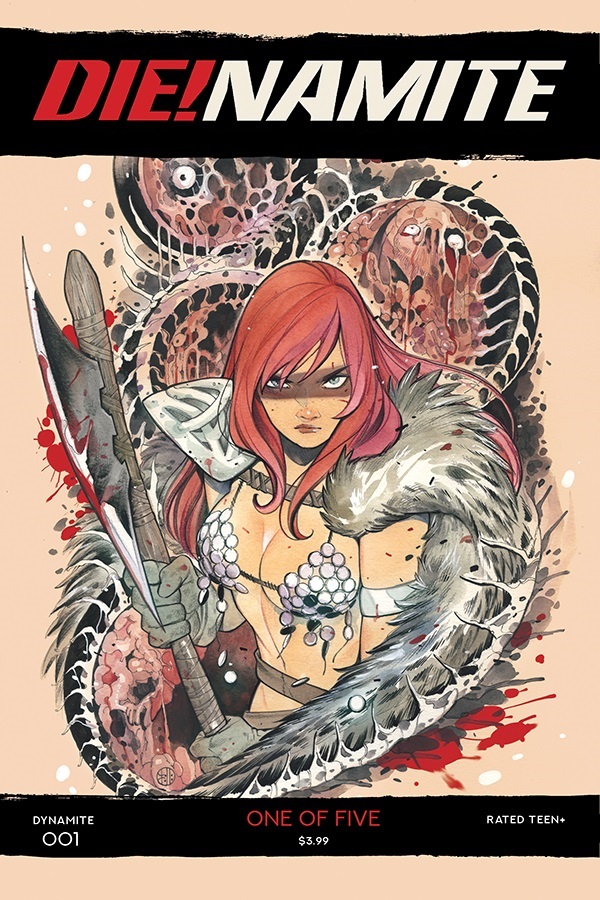 DIE!NAMITE #1 is solicited in Diamond Comic Distributors’ August 2020 Previews catalog, the premier source of merchandise for the comic book specialty market, and slated for release in October 2020. Comic book fans are encouraged to preorder copies of the issue with their local comic book retailers. It will also be available for individual customer purchase through digital platforms courtesy of Comixology, Kindle, iBooks, Google Play, Dynamite Digital, ComicsPlus, and more!