(Baltimore, MD) — (July 23, 2018) — Diamond Comic Distributors is proud to announce DragonVine Comics in Springfield, Oregon as the recipient of the inaugural Dave Hawksworth Memorial Comic Shop Improvement Award. Named after Dave Hawksworth, Diamond’s late Outside Field Sales Manager, the award grants $5,000 to a local comic shop owner to be used for improvements to their business.

The first annual winner of the award, Shannon Mudge, owner of DragonVine Comics, plans to use the award to expand their sales floor by removing the break room and secondary storage room. This expansion will enlarge their comic book sections, add new manga, statue, and board game areas, and will create more floor space to stock more inventory and a wider selection. Overall, the expansion plan adds 15% more floor space and 35 feet of wall space.

“We’re delighted to honor Dave’s legacy and pay tribute to what mattered most to him in his work – helping comic shops improve and better themselves”, said Roger Fletcher, Diamond’s VP-Sales and Marketing.

Comic shops owners from around the world nominated their stores for the award by submitting a statement which completed the sentence, “If I received a $5,000 award to improve my business, I would…” Retailers were also encouraged to provide further details, such as pictures, videos, or any other media that would showcase how they would improve their store.

Over seventy-five entries were submitted and the winner was selected after careful review by a committee of Diamond managers and staff. 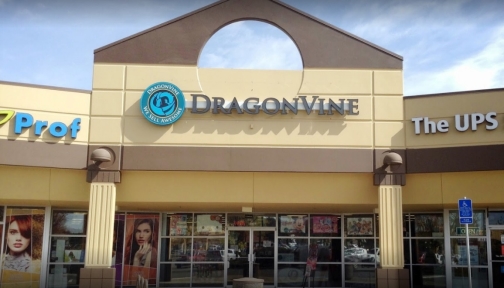